There is No Such Thing as ‘Never’ 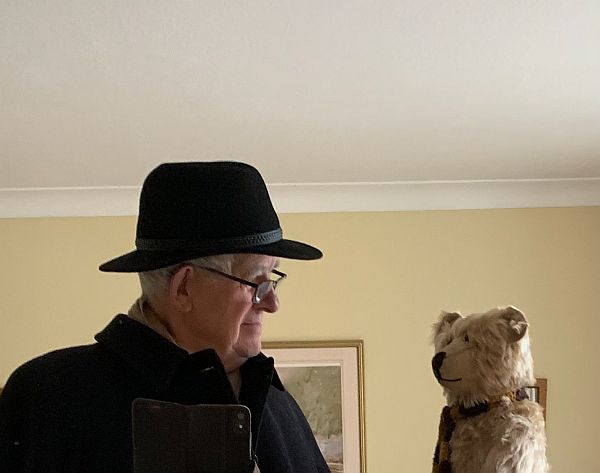 Bertie: “There is no such thing as ‘Never’, Bobby. I told you that in 2015, when you vowed to never go back to the Royal Opera House (ROH).”

Bobby: “And I really meant it, Bertie. Years of wonderful memories had all been ruined in my eyes by the fateful night of 27 January 2014. Not ruined by Diddley, but by alcoholism. I would never go again ever. You need to read the story “The Ballet” to understand exactly why.”

Bobby: “Dunno! Never read it. Just deleted it. Until one day they advertised live screening at cinemas. All of a sudden I had access to the ROH without actually going. My memories of Covent Garden were now set in aspic and that’s the way it would always be.”

Bertie: “There’s no such thing as ‘always’, either. Times change. You realise that wonderful memories are only spoilt if you allow them to be. Yesterday may be history, but one night doesn’t define twenty years. And now, finally, you went back.” 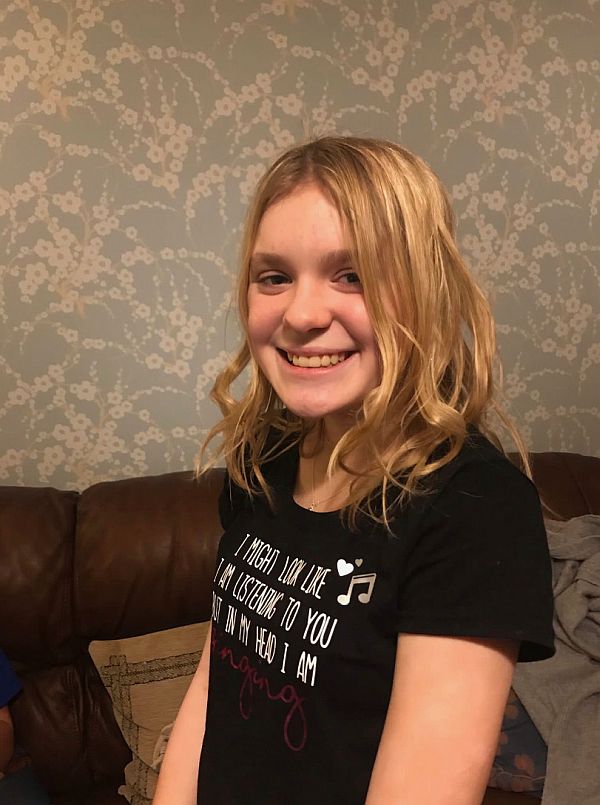 The magic word was “Giselle”. Our granddaughter. First and foremost.

But then also the ballet he never really saw that night in 2014. Something clicked in his head. Was this the opportunity to bury the taboo? Start again. Even ask if Giselle herself could come? She couldn’t. It was only a short season. If he was going, it would be on his own.

One Tuesday in Islington he took the bus to Covent Garden and walked in a very different opera house. A revolution in hospitality. Not just for rich people, but a modestly priced café as well. Hardly greasy spoon, but affordable. And he bought a ticket for the last night. More or less where he and Diddley used to sit. 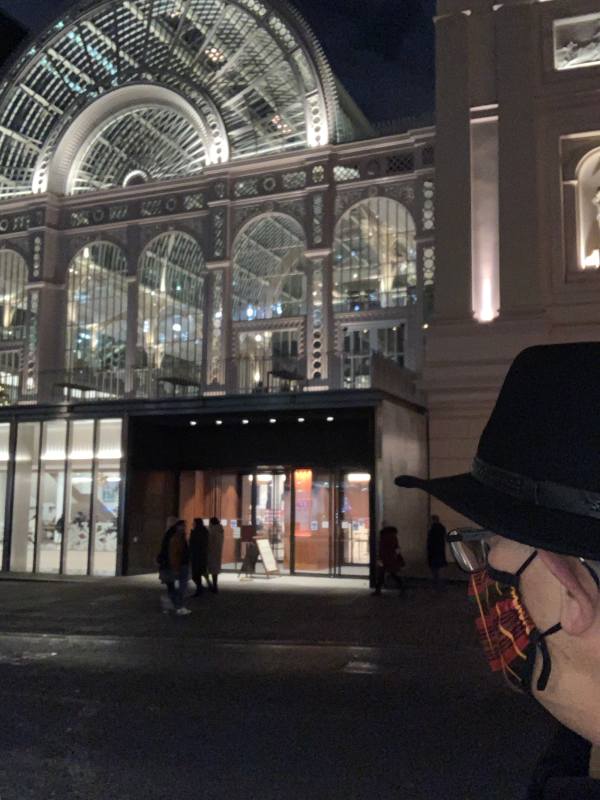 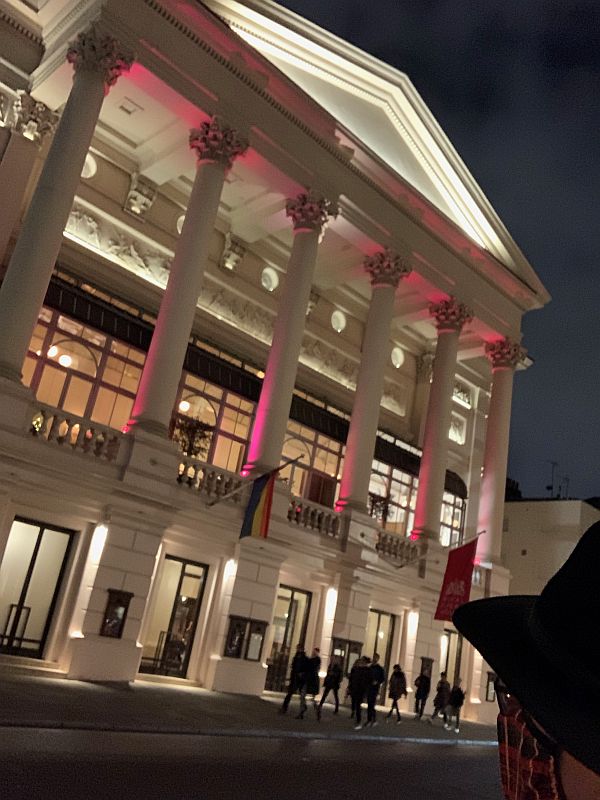 This is where he is meant to be. 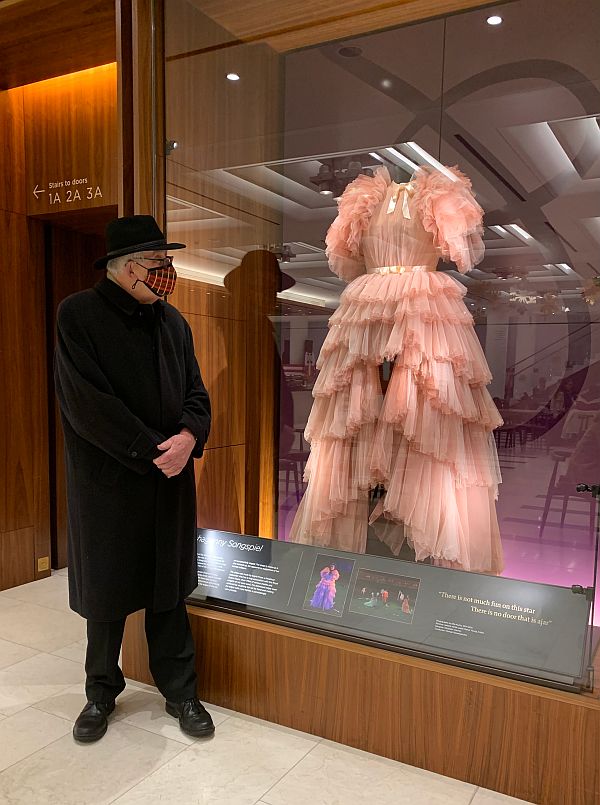 Was he a famous film star? A diplomat? The mafia? A refuse collector? Was he rich, poor, indifferent? Was he still wearing that working class chip on his shoulder? Was it too posh for Bobby Ballcock? It was once, until he actually went over thirty years ago. Diddley too wondered if she was good enough to go to the ballet.

Some might find this hard to understand. Especially young people. Older people were conditioned by class to think they knew their place and the Royal Opera House at Covent Garden was for posh people.

There is a big difference between feeling so insecure and feeling proud to go to the ballet. 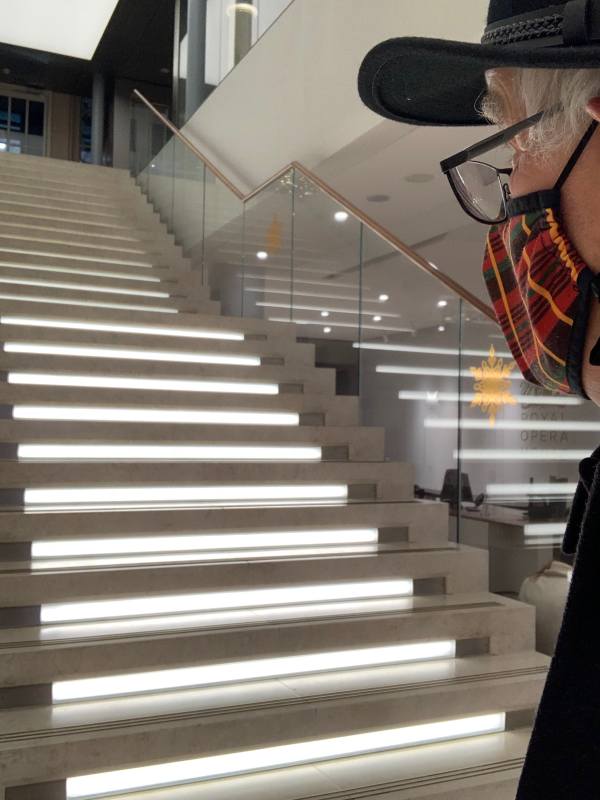 Did it take courage to walk in on his own? Yes, of course. Andrew even told him he was proud of him. And he looked the part. The reality was that nobody cared or even noticed. Life is an illusion, personified by the Royal Opera House. He was just another ballet goer. 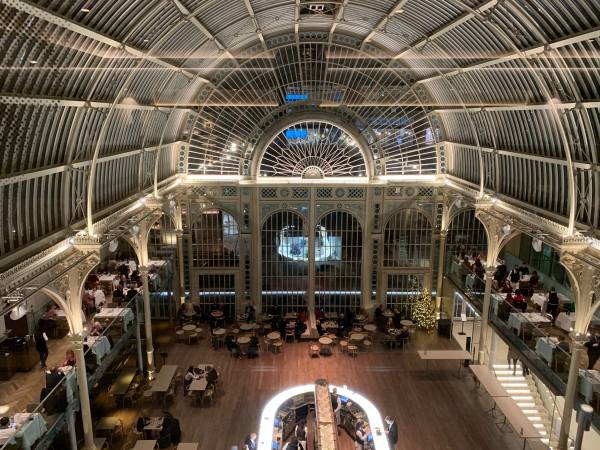 The bar in the old flower market hall. 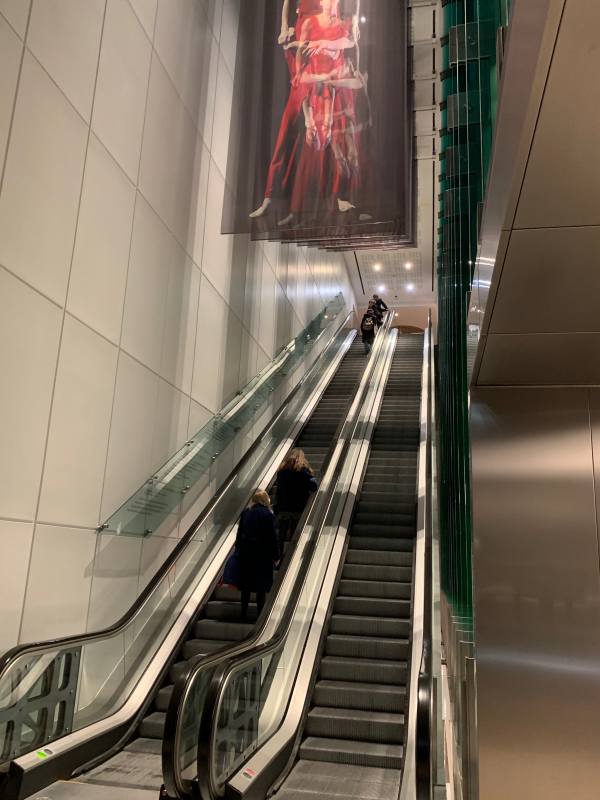 Upstairs to the amphitheatre.

Posters in the corridors from earlier productions. 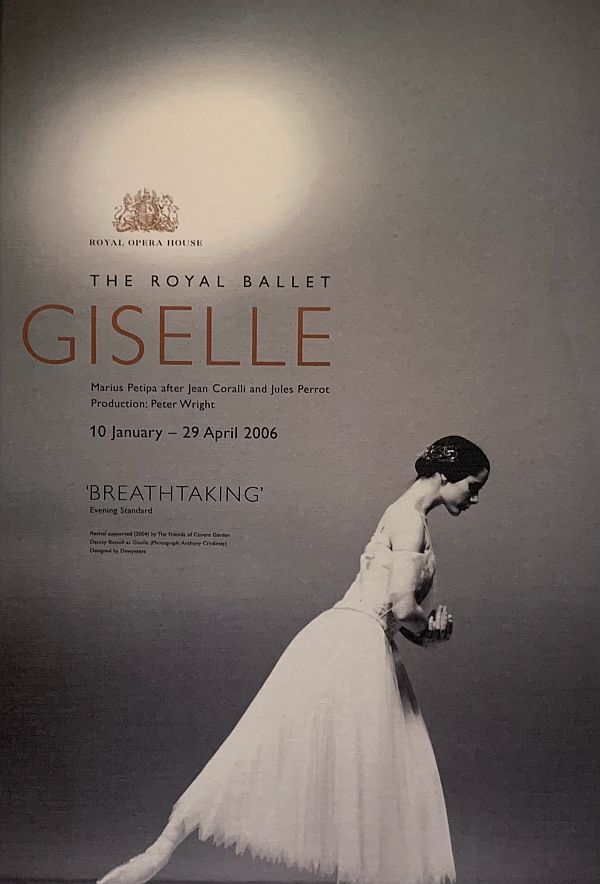 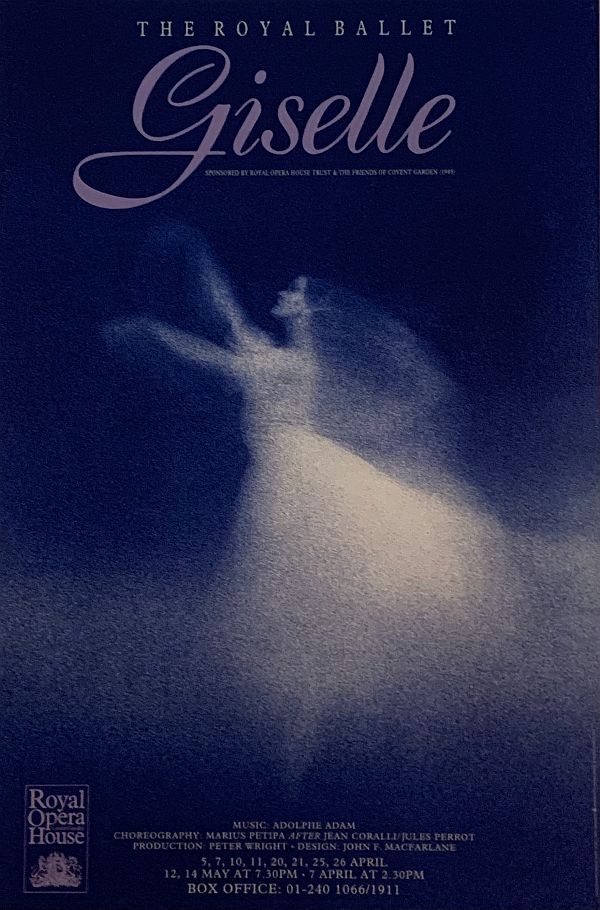 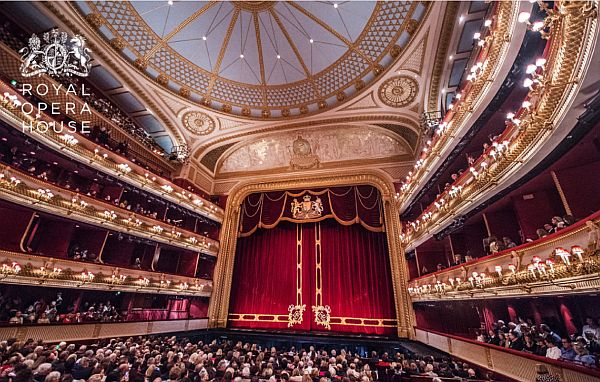 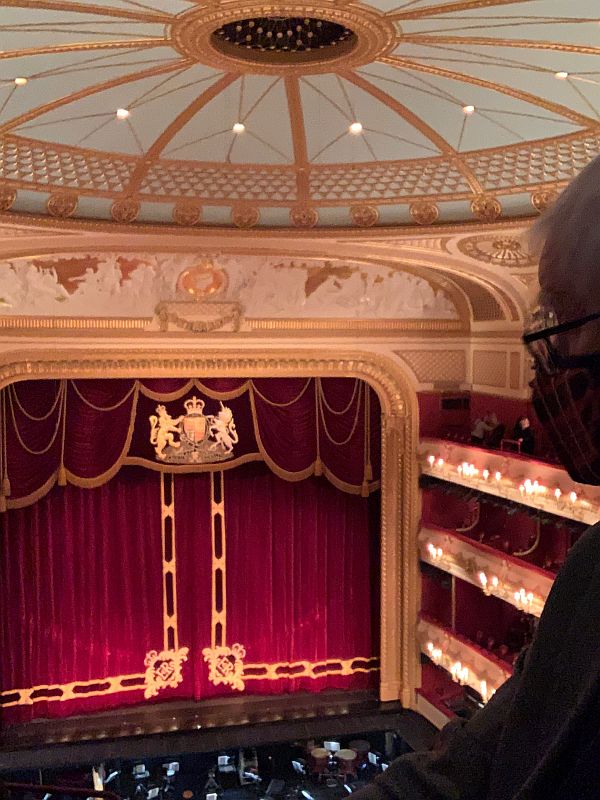 Strict rules apply at the ballet. No entry during the ballet. If you are late, you wait until the interval. Keep quiet! No eating or drinking. Plenty of opportunity for that before it starts. And now wear a facemask at all times in the auditorium, unless you are exempt. Turn your phone off. No pictures.

The following pictures and movies were all sneaked after the final curtain. Just to show you the electric atmosphere at the Opera House. 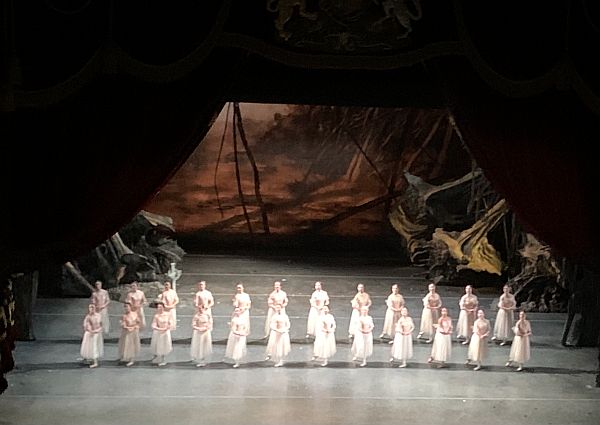 The ‘Willis’. Spirits. Each one presented with a single white flower at the end.

Notice the flowers raining down from the boxes.

And here is a recording of an earlier performance of Giselle and one of its most famous scenes. The Dance of the Willis.

The spell was broken. He noted the numbers of some seats with better legroom and hoped that in these uncertain times he might become a regular. Old age was denying him more energetic adventures, but now a new one was on the horizon. Fingers crossed. No promises. The reality is “there no such thing as ‘never'”. 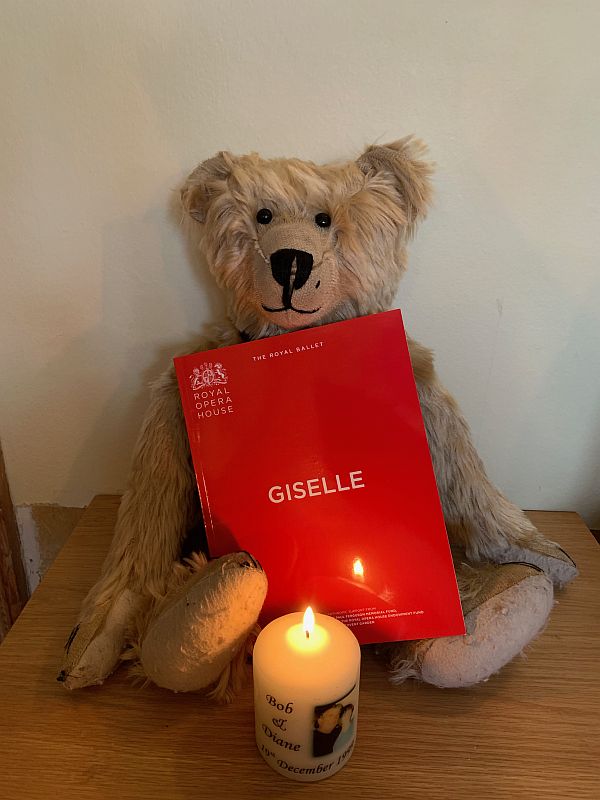