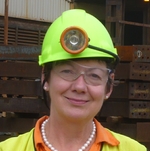 This is a week for Bobby to explain.

Last week in Lighting a Candle for Diddley, I told you that here at Mindfully Bertie we understood that there could be many readers now who never knew who she was. Equally there are many who will be happy to remember with a smile.

It is now six months since this blog started. Initially. as part of the bereavement process. But now, fulfilling its own momentum. It is a year almost to the day that Diddley’s ashes were dispersed to the Cotswold breezes, high on Swifts Hill. As she had always wanted. And it is eighteen months since we lost her.

I can say that can’t? I love you all for coming to say goodbye to one of life’s happy characters. Someone who made you smile – if only through clenched teeth at her latest escapade. Her latest trip to the fractures clinic. Born with grace and humility and a foul mouth. Not minding being called daft, but strongly objecting to being called stupid. Absolutely loving our holidays, particularly with our grandchildren, to Whitby and to Yorkshire where her mother’s family come from.

Many of you will wonder how on earth you managed to be sitting in church with the lady in the box over there. She wasn’t exactly complimentary about God was she?

But then, of course, she was an enigma. There was a very spiritual side, that came out with a love of old churches and cathedrals, where her first objective was to light candles to her mum and children. And that really was her defining raison d’être. Her unconditional love for her children and grandchildren. And later me. Nothing was more important to her than her children. She would say that really all she ever really wanted was a simple life, surrounded by her family.

“Solly”, as many of you knew her, grew up in the Cotswolds; in the five valleys of Stroud. She went to school in Slad – immortalised by Laurie Lee writing about his own childhood in that wonderful valley in “Cider with Rosie”. She had a deep artistic side to her that I revelled in when I met her in later life. Stories of a 14 year old drinking Glenfiddich with ageing poets abound in her memory bank. Through her, I grew to love that part of the world, and welcome her old school friends and family who have come today. I would still like Sue over there to tell me why she became such a naughty rebel – and what caused their joint expulsion from Stroud High school for girls! Knickers on weather vanes maybe?

She came to the south east with her children, and settled here to my good fortune – when we met at the teapoint where all civil service real life takes place. Neither could believe the other’s story in giving the appearance of being really cheery despite our individual troubled times. It was the office romance of the year and many of our old colleagues are here today.

Working for the Highways Agency in their graphics department, she became famous for the work she did on the side as much as for that illustrious organisation. So much so that leaving cards, tributes and the like became her stock in trade. A skilful combination of design and humour. Some extremely rude as appropriate. To be honest it wasn’t her womanly charms that first attracted me to her office in the first instance, but rather her lamination. She had a legendary streak in seeking bargains, particularly in Sainsbury’s, who went through a crazy pricing regime culminating in one superb night. She calculated that special offer plus 2 for 1 plus for one night only on a new moon meant the bulk price would actually be minus. With me so far? Shall we just say that she bought all the melons in the shop and they gave her five pounds for the privilege. Next morning she gave them all away at work.

As a vegetarian cooking for a sausage egg and chips man, dinner was an adventure, usually preceded by “10p that reduced from £5” We rarely had dinner together at home, as her vegetarian grazing habits had no place with my tastes. And I resigned myself to mountains of broccoli and cabbage.

She taught me so much that will sustain me in the years to come. A latent interest in art and culture that I never knew existed. Even much of the music today was out of my reach.

I was once a sad old so and so, and Bertie kept me company. As John Betjeman said about his own bear, Archie – who’s eyes were sad or glad for him. When true love hit Di and I like a whirlwind, it was only fitting that he should be best man at our wedding by a Scottish loch, and share our life together. And now as chief mourner, he and I have each other again. Together with Bobby 2 here, who briefly gained fame in Dorking as quite the poshest shopping trolley seen in these parts. When Bobby 1 (me) retired, she needed help with the shopping and along came Bobby 2 who gained admiration like taking an attractive dog for a walk.

We mustn’t forget her legendary swearing either. I have checked Father Ted and the Irish dictionary, and decided that even the Irish version is a bit much for sedate Surrey. I did mention a few months ago that her funeral wake would be tea total and got: “What? You must be f&^$#ing joking. It’s my f&^$#ing funeral and none of my friends will want an f&^$#ing tea shop. Oh dear… we will miss her. The pubs, the fracture clinics, long suffering friends who loved her beyond common sense.

It’s best that I end with one little story that exemplifies her loyalty to old friends and love of life. We went to her school friend’s 50th birthday party at King Stanley just down the road from Stroud. As usual, her first duty was to head straight to the bar. There, she was confronted by a lady serving who said “You are Solly aren’t you? I’m Veronica. I was the naughtiest girl at Stroud High School for Girls the year after you left but YOU… YOU were a LEGEND!” …And still are.

Some music from the day.

Diddley loved the poet Frank Mansell. See his blog last September. This is another of Frank’s poems, about his own house, set to music.

She didn’t love the Beatles but loved birds and this song:

The pictures are random. They are very special to me…

This week’s candle is in Laurel Cottage surrounded by the people she loved. And a few extras, like the prominent wedding picture in the middle of Bobby’s mother and father’s wedding day in 1925. 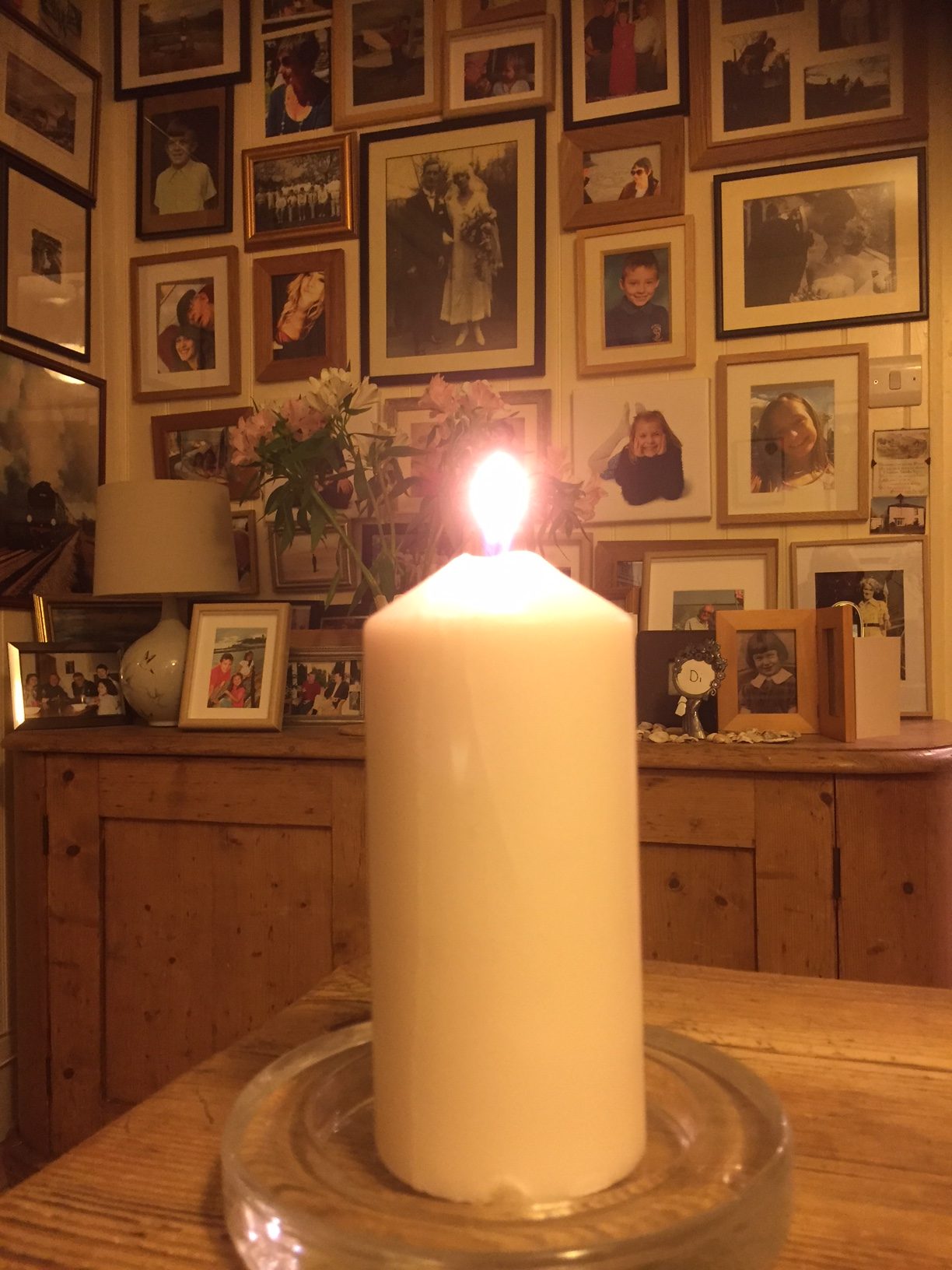 This week’s candle in Laurel Cottage.