At 74 years and 360 days, Bobby has seen lots of things. The day before, he had learned there was to be a “spectacular lunar eclipse” the following night. A Super Blood Wolf Moon.

“Super” (moon nearer and looking larger); “Blood” (looking red at full eclipse) and a “Wolf Moon” (a full moon in January)… The next one being in 2029, when he would be 85. There will be other lunar eclipses during those years, but not one combining the three elements.

And yet, there was no excitement when, once again, he set an alarm or stayed up late. On so many occasions spectacular eclipses, meteor showers, shooting stars and the like had been a disappointing victim of our cloudy climate. None more so than the solar eclipse of 1999. So the alarm was reluctantly set for 04.00 on the morning of 21 January 2019.

He woke before the alarm. Shuffled over to the window and there, on a freezing cold night, was the Super Blood Wolf Moon hanging in a cloudless sky. Conveniently west of the window, facing Redlands hillside. A window with a fanlight which, when open, would form the perfect base for the camera. A Fuji XT20. Nice camera, but Bobby prefers the convenience (and laziness) of an iPhone. He had bought a new telephoto 50-200 lens for it and never used it. What followed was all a gamble and he still managed to include me with his iPhone! 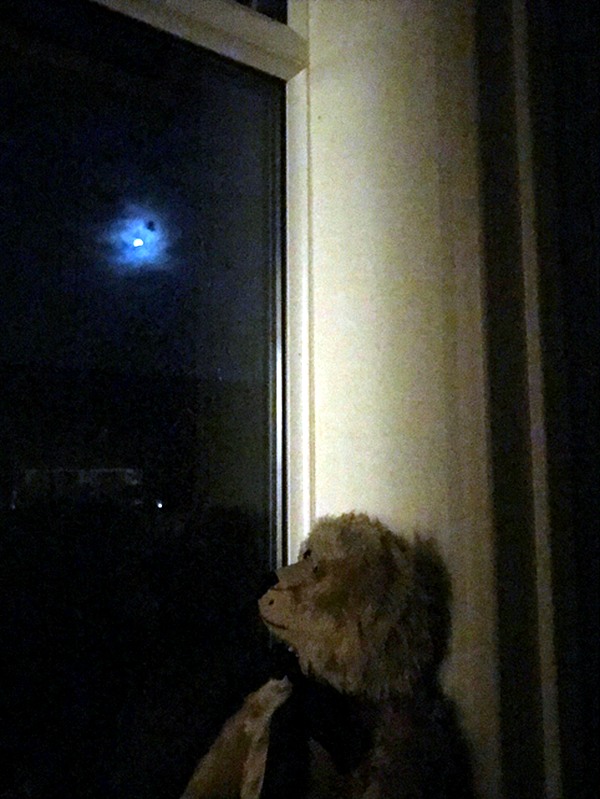 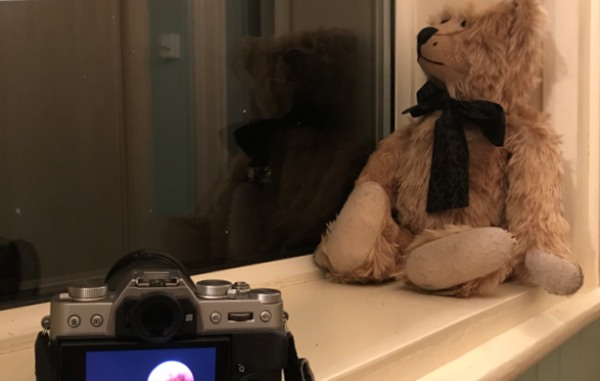 The iPhone can’t cope with this, Bobby. But can the camera he hardly knows how to use?

Setting the camera at bursts of five on a ten second delay, he hoped to keep it steady enough. Taking over 300 pictures eventually and reducing them to the 22 that follow. They are not masterpieces, but amateur pictures taken on modest equipment. But… they are his record of an unforgettable night. On his computer, they are now set up as a slideshow to music which you might like to play as well. A long introduction, so just keep the photos rolling.

I am interested what you like best. For Bobby, they were the last handful when the full eclipse of this Super Blood Wolf Moon was over and clouds had started to move in. For Bobby they are the most dramatic of all. Bearing in mind that a friend, just a few miles north of Laurel Cottage, had his view of the eclipse ruined by clouds. 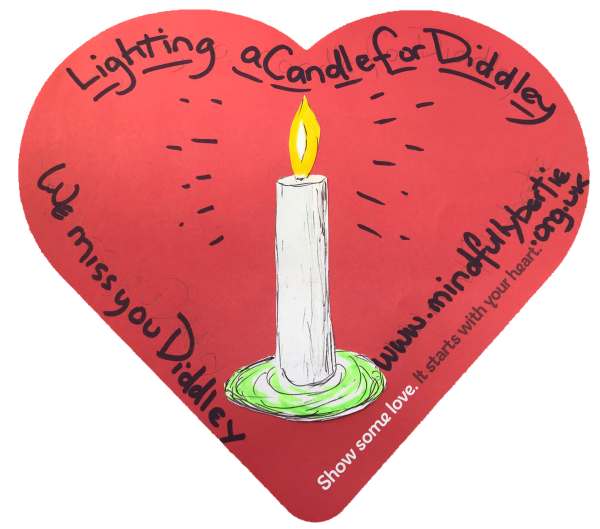 At the British Heart Foundation. Go to one of their shops and buy a heart to put in the window for Valentine’s day. And declare your love.