Finding Serenity at Kingston upon Thames.

Finding Serenity at Kingston upon Thames. 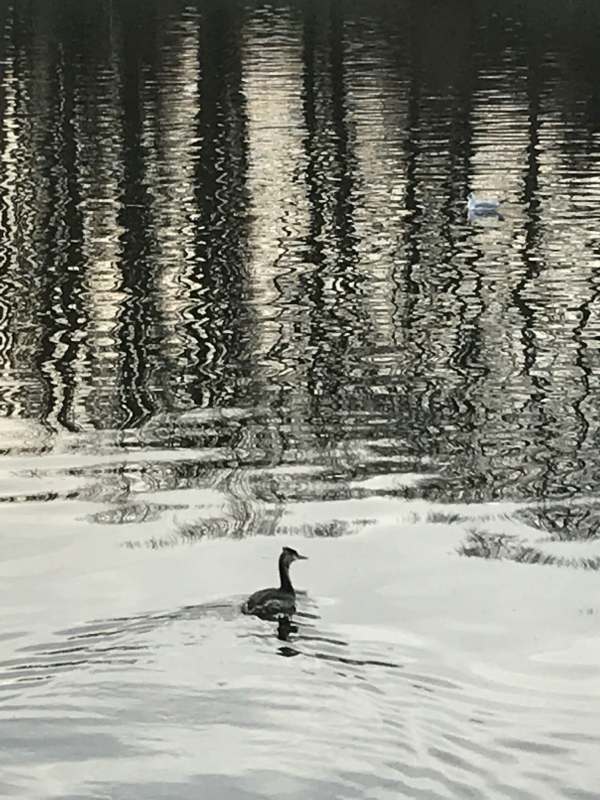 Bertie: “Bobby. Were you crying at the doctors?”

Bobby: “Oh well, I did feel a bit emotional.”

Bertie: “So, you didn’t soak her desk in tears?”

Bertie: “What did she say?”

Bobby: “Nothing about feet. She and I knew instinctively that I just needed a few minutes talking therapy. And that is the biggest problem. Mental illness can, in my opinion, be best treated by talking therapies. A General Practitioner has only a few minutes per patient. Whereas a distressed mentally ill patient may need weeks of talking therapy. And, maybe, medication. But times really are changing. A pamphlet fell out of a newspaper the other day advertising a talking therapy service under the auspices of the NHS. Funding has always left mental illness as the Cinderella of the Health Service. When they are not talking about Brexit, the government assures us that mental health will get the funding it needs… And so I saw the doctor on Thursday.”

As before, this blog about finding serenity is for Bobby. It doesn’t matter if nobody else reads it, for he will have it and the music to remind him how easy it can be to put the lid back on the box. (But we do hope you do
read it).

When you are looking for serenity, try some serene music. Here’s Peggy Lee, who we are told developed her soft purring voice when she gave up competing with noisy bands and sung in such a compelling manner that people shut up and listened.

The sun shone on Friday. He was restless and decided to help himself to a free bus pass ride to Kingston on the wonderful 465 red bus. 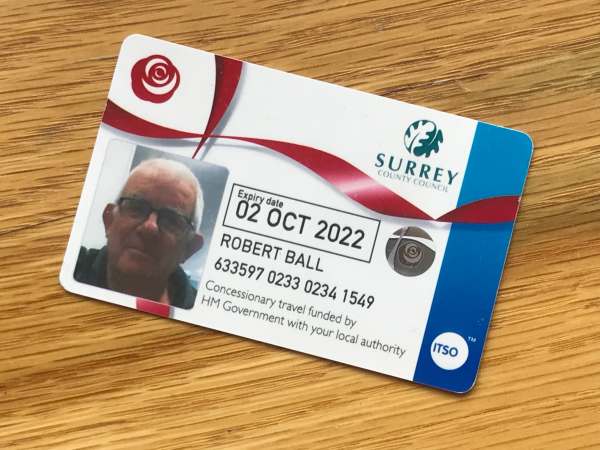 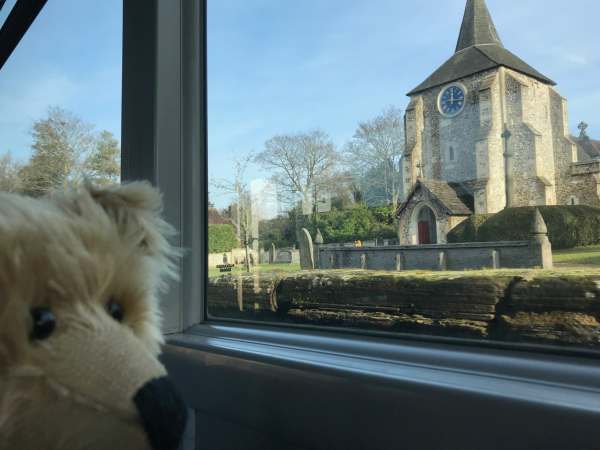 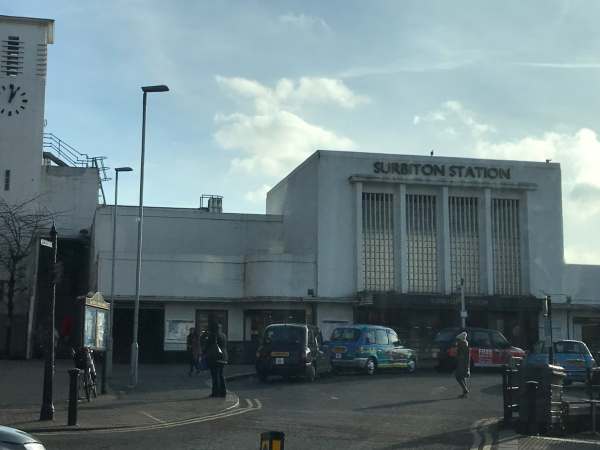 And finally, the River Thames. A great place for finding serenity. The light was that classic watery, greyish hue of mid winter. The sun trying to break through. Pressing the bell and jumping off intending to walk along the river into town.

The birds. The boats. Wrapped up warm, he took a lot of pictures with his phone and deleted most of them. What follows reminds him how serenity was creeping in. No need to rush. No need to do anything. 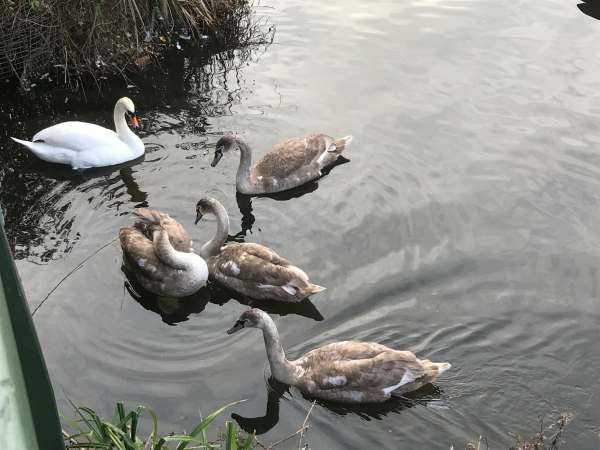 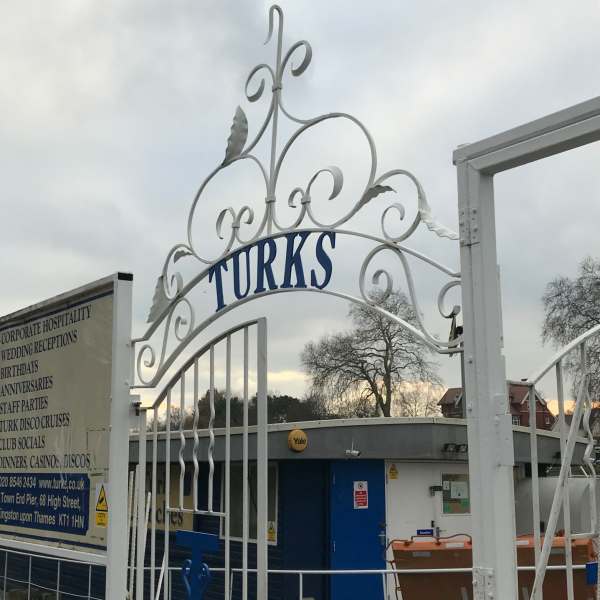 We first heard this at our friends in California, where it had already gone viral. 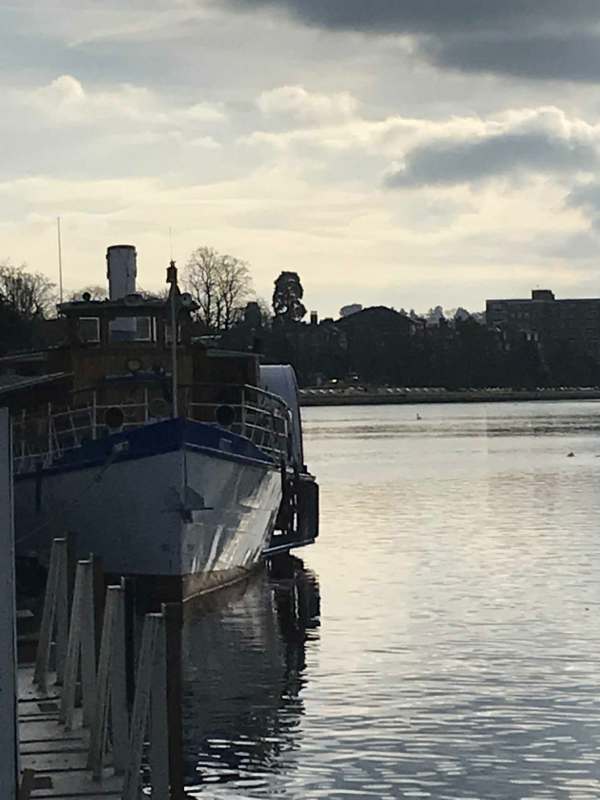 Hampton Court to Richmond in the summer. Cruise your way to finding serenity. (See www.turks.co.uk) 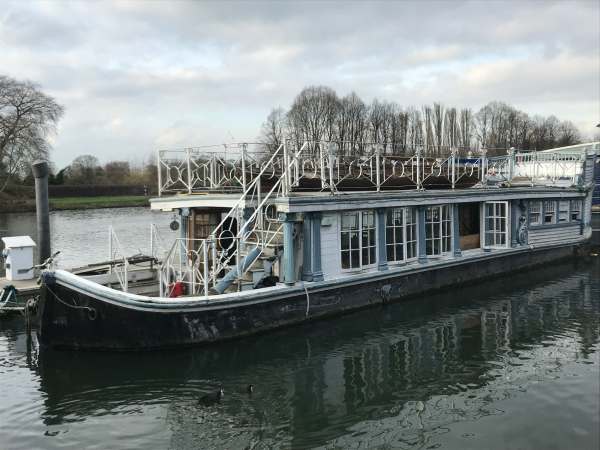 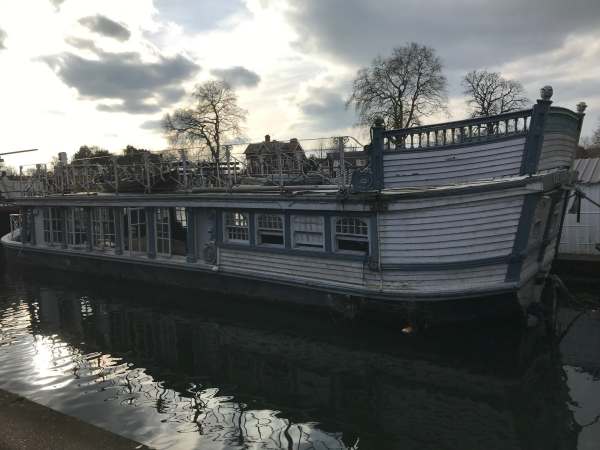 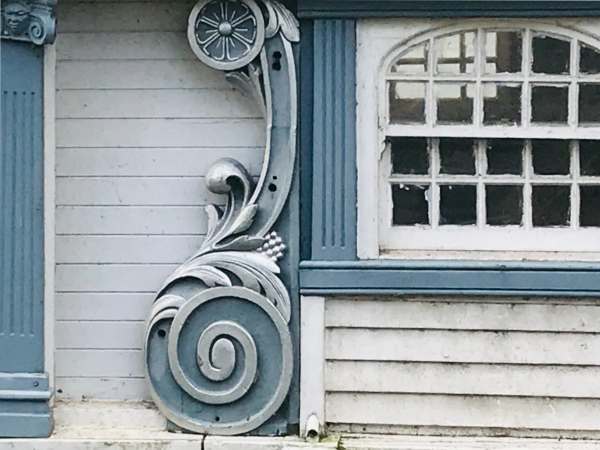 Once owned by Oxford University Jesus College and home to its rowing club. Turks Launches want to restore it to its former glory and use it as a floating restaurant.

How about a breather? Here’s Norah Jones.

Bertie: “Bobby, I thought you said you were going to the Apple shop?”

Bobby: “I was, but I have solved the problem.”

Bertie: “You could just have gone and stroked all those iPhones!”

Bobby: “Well I could have, but more importantly the toilets are in the Bentall Centre!”

Bertie: “There you are then. Didn’t you feel hungry?”

Bobby: “Yes I suppose and I decided to go into Pret for a toasted baguette and tea. And just sit there and edit all the pictures I had taken. But nodded off to find an old couple nearly as old as me sitting there clearly amused. We chatted and inevitably I told them about Sean. My new gentle giant friend at Apple.” 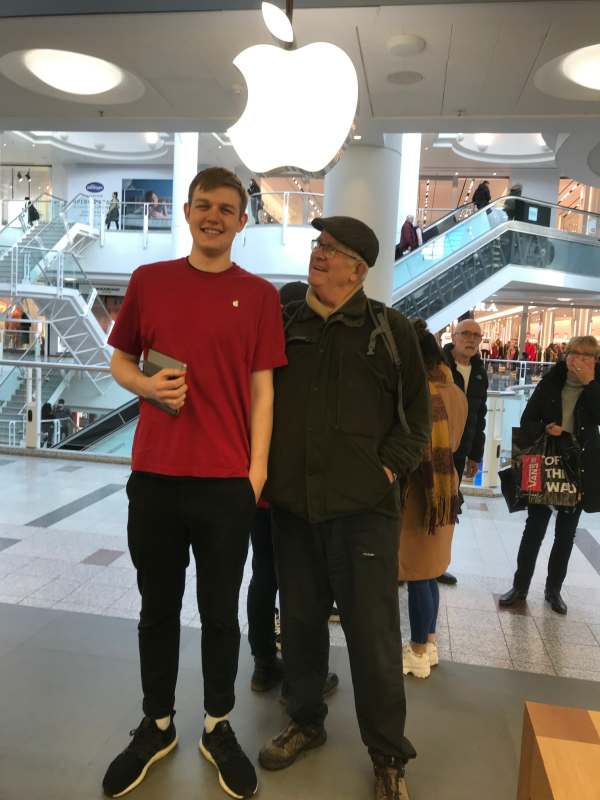 Bertie: “Crikey. Have you seen what your granddaughter Jasmine has put on Facebook about you? ‘Now you know what it’s like… 6’8”, size 17 shoes. Nice bloke.’

Bobby: “I told them that I must take you to see him. They asked, or rather I just told them, about you. And gave a card. They were really nice. Another hour went by and I returned to the river for a while.” 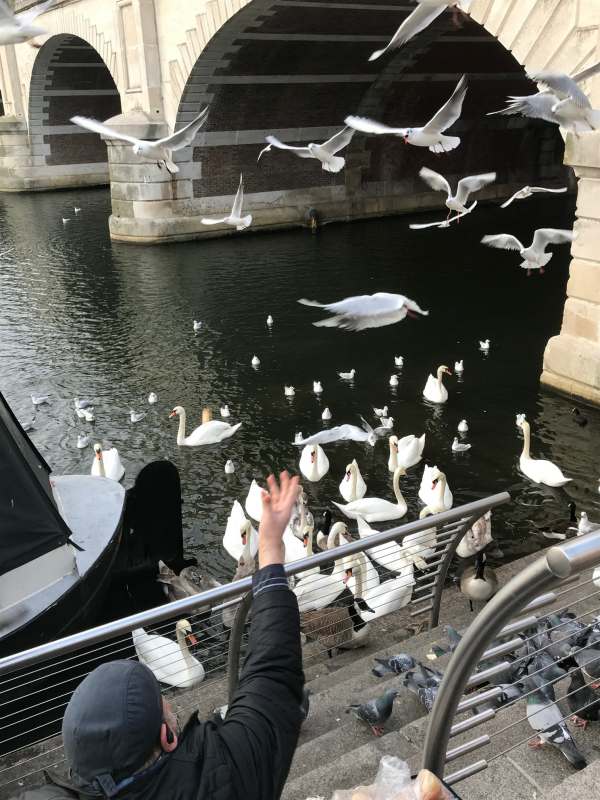 Feeding the birds three times a week he told me. All fresh rolls. Not approved of maybe, but tell the birds that! 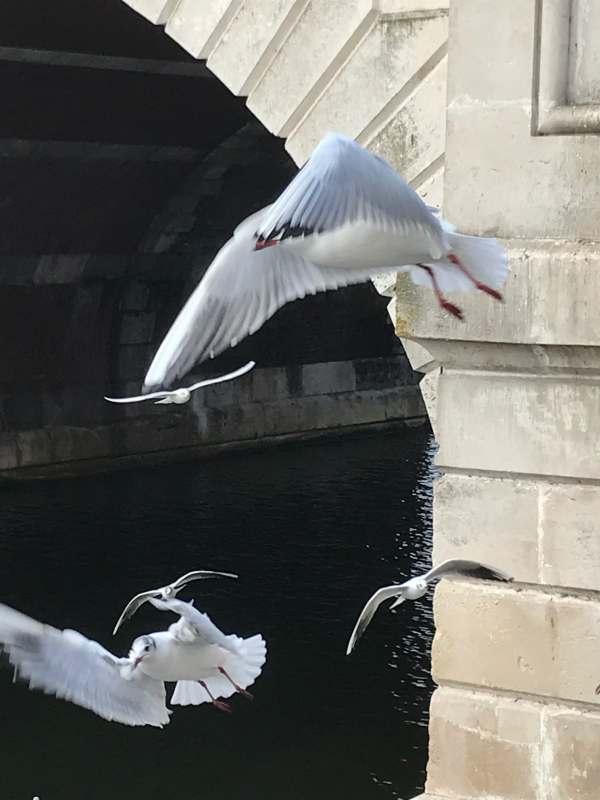 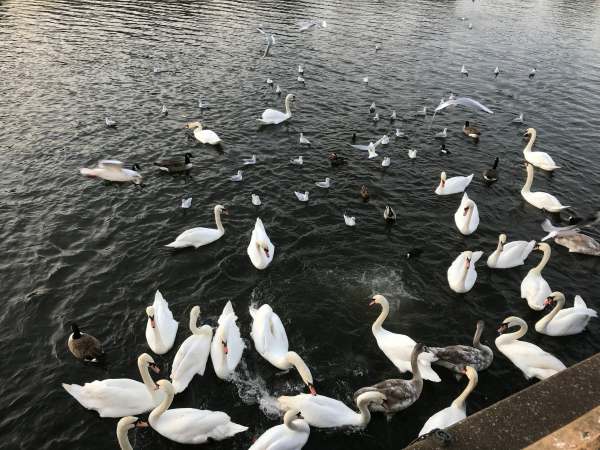 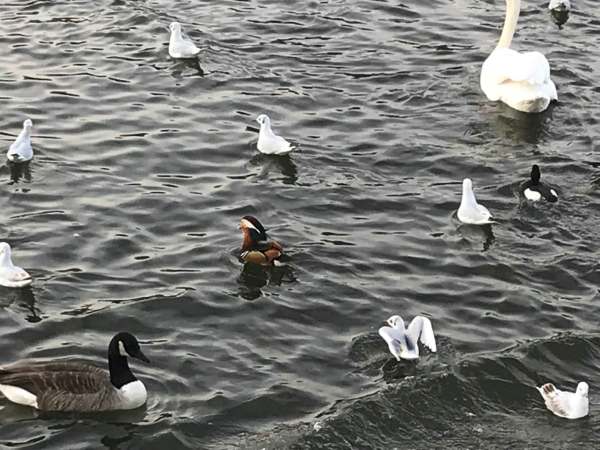 Once exotic collection birds, they clearly like Surrey and have been breeding in the wild for decades away from their native Japan. 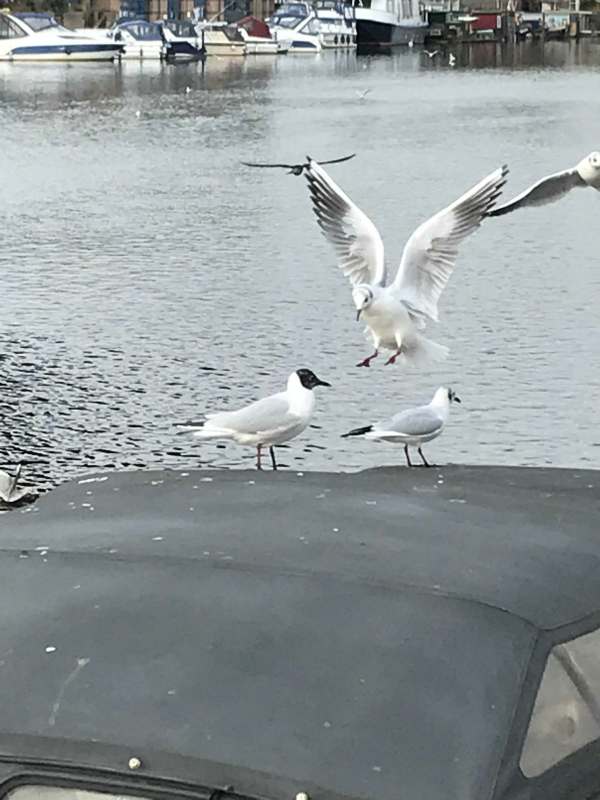 Black-headed gulls do not have black heads in summer. Officially it is “chocolate”. In winter, they have white heads unless they like bucking convention! 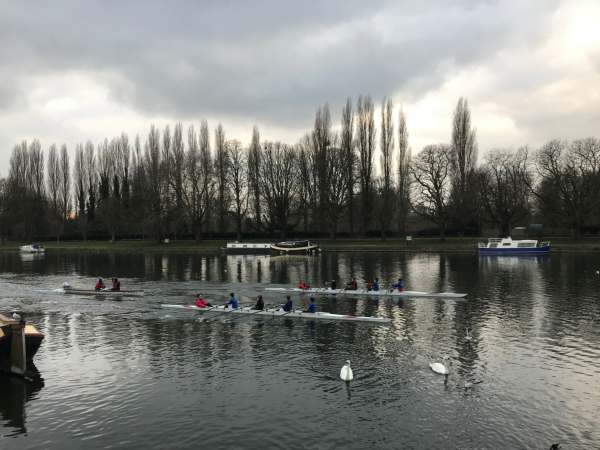 Young rowers being yelled at by the coach. 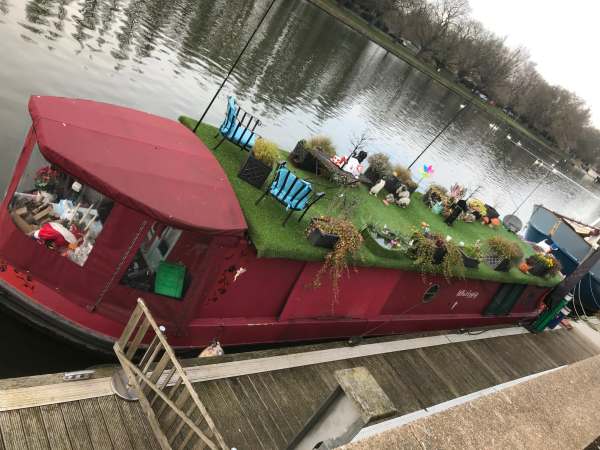 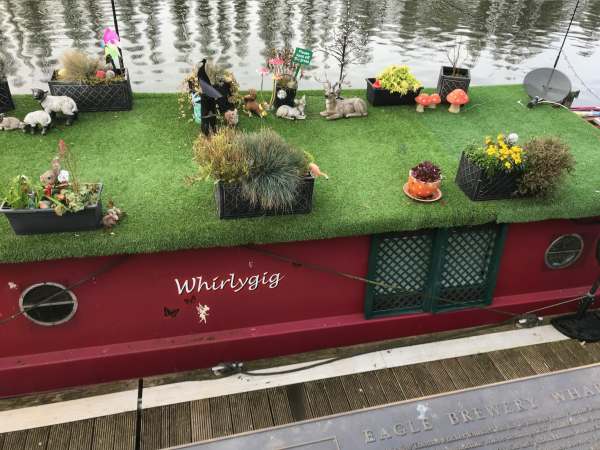 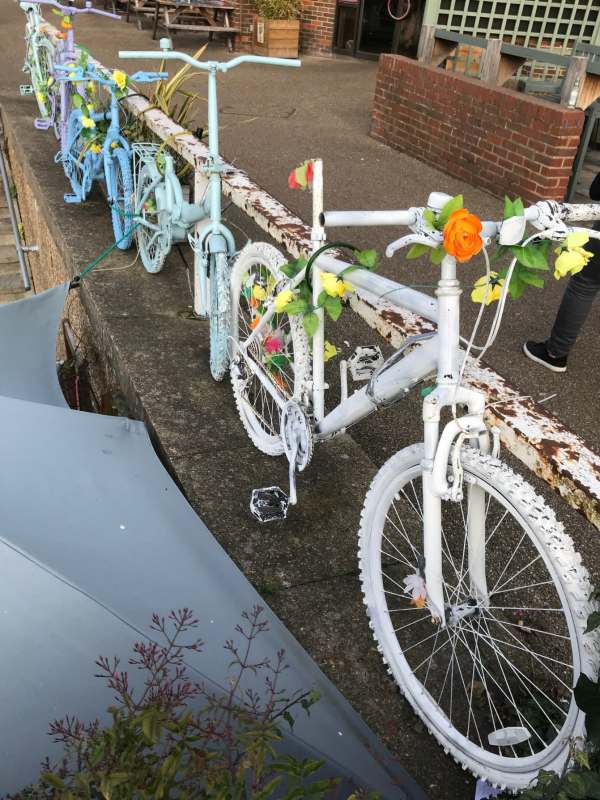 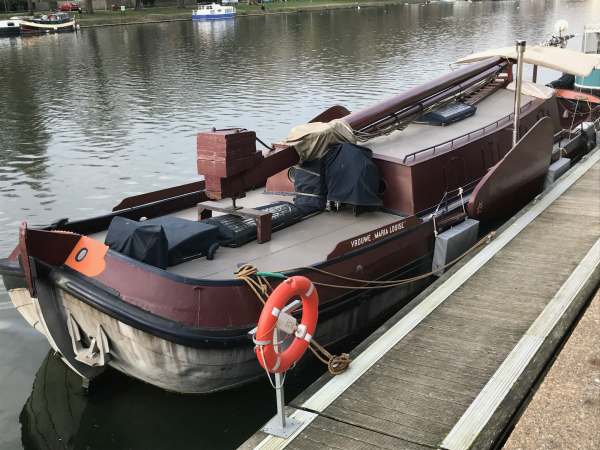 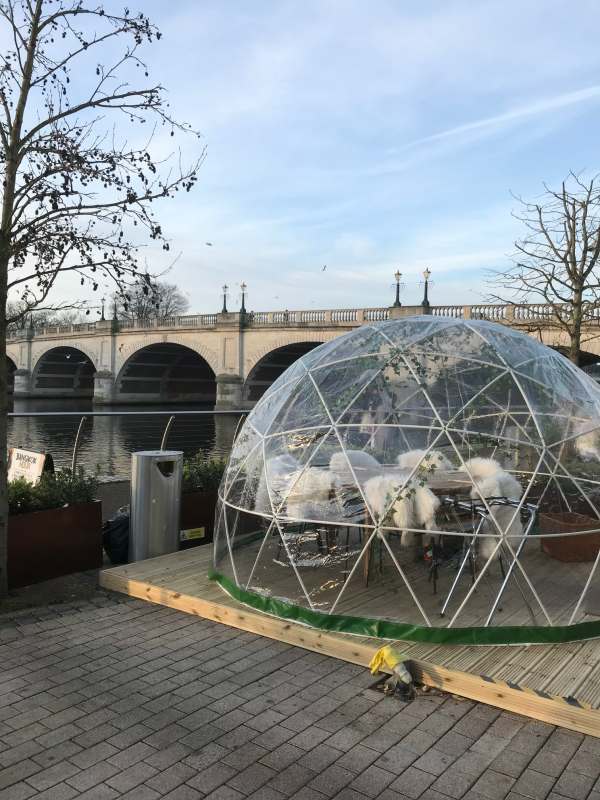 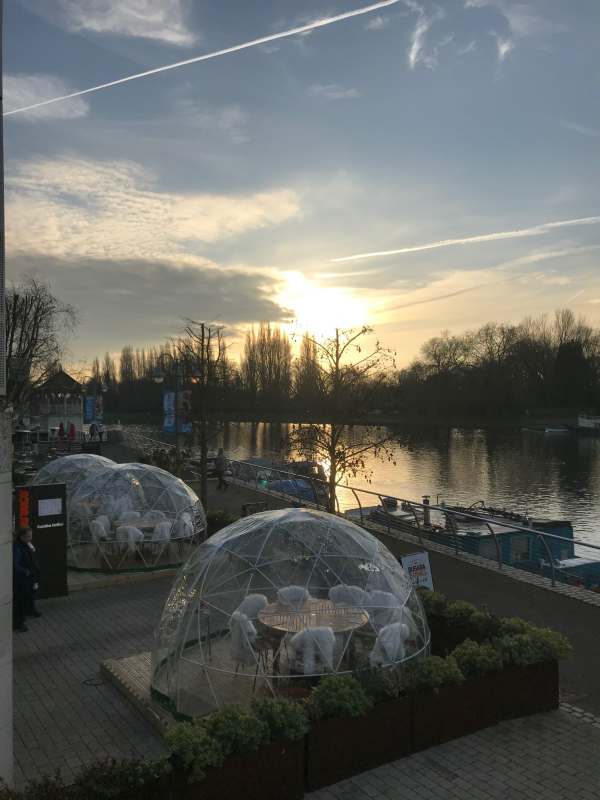 Romantic dinner. In a plastic igloo! 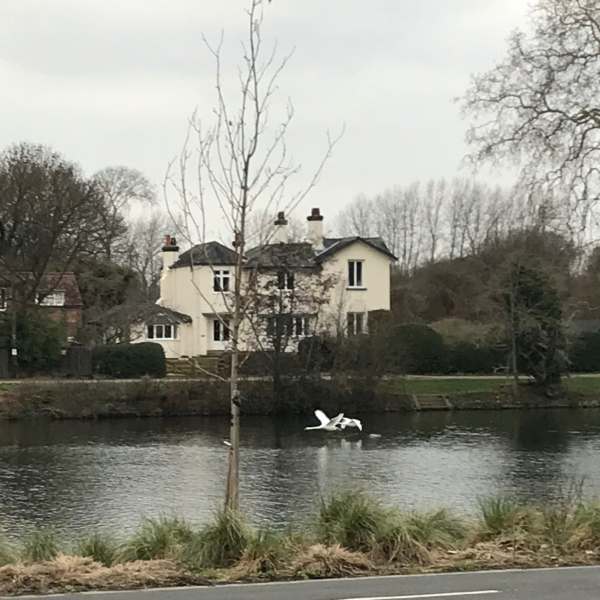 Swans flying home to who knows where. Maybe a safe reservoir. 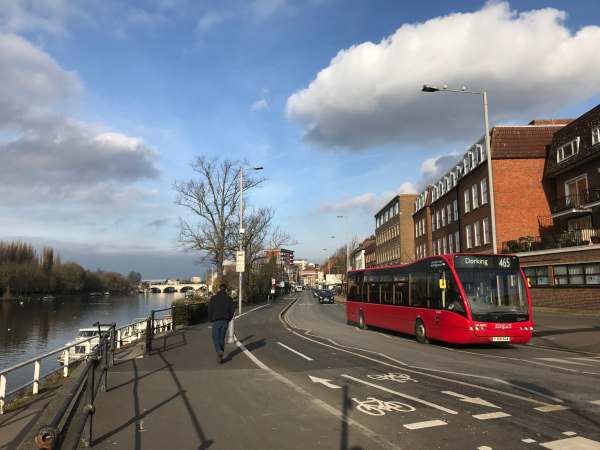 Here comes the bus. The wonderful 465.

Bertie: “Well yes, Bobby, but it does help to have a free bus pass.” 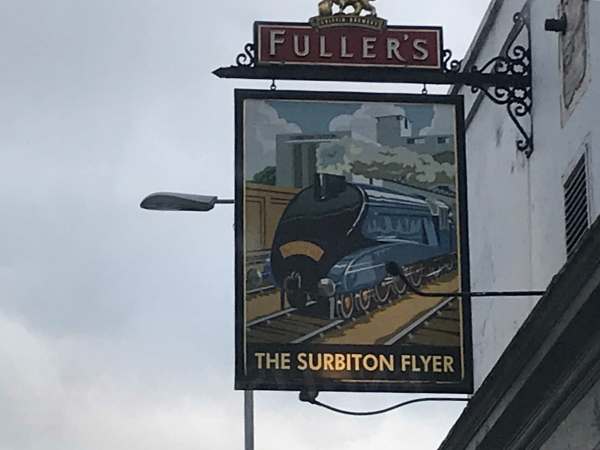 Nice sign, but an insult to the LNER who never ventured south of the Thames in their prime.

Bobby: “This, presumably Mallard, would have laughed at the Surbiton Flyer. But at least its open. Unlike Fullers, who have just sold the business to the Japanese. Instead of London Pride, it will be Tokyo Ghoul. Don’t worry about Brexit. There will be sod all left at this rate.’Pint of Pride please?’ ‘Sorry, sir. How about a ying tong of Ghoul?’ ‘Aahhhh so!’ (or should it be Ahh Soles???)”

Bertie: “She might be 97 and him only 75, but there he is with his mouth wide open fast asleep and snoring on the 465. Corr blimey …. here’s Boxhill. Wake up Bobby!” 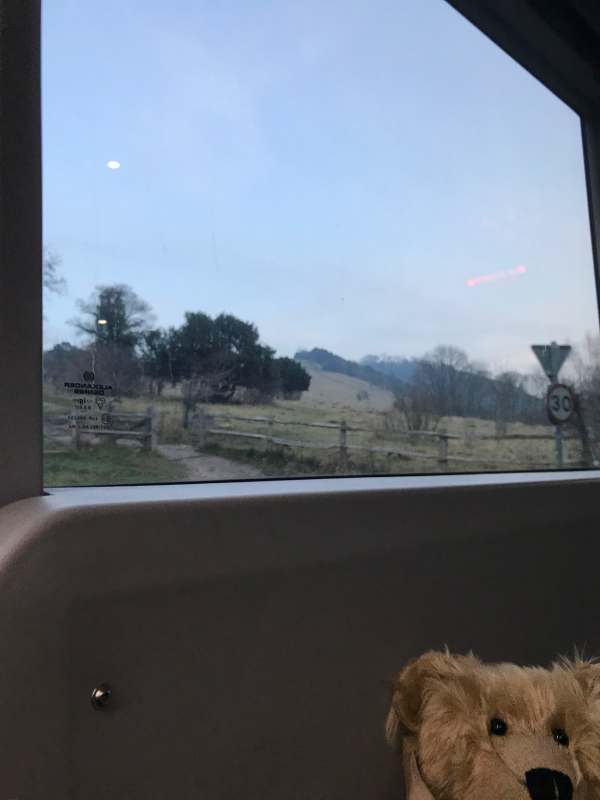 And home we went. Serenity and equilibrium had been restored. He now knows that he can always seek serenity by 465 at Kingston upon Thames. When the summer comes on the river too on the Yarmouth Belle. The lesson is not to sit at home and brood. There will always be things at home to brood about. Nature and the beautiful world we live in could be your antidote to spells of anxiety.

Lighting a Serenity Candle for Diddley at Kingston upon Thames

Read the comments that come from God fearing souls to atheists alike.

When people talk about God, higher powers, serenity, spiritual guidance, they are talking only for themselves. The human race are sociable creatures. We need each other. Many of life’s battles cannot be fought alone. If we can help just one person with this story, that’s all we ask. And we have. Bobby… We love this Kate Rusby song about the hardships our forebears had to cope with down the mines. 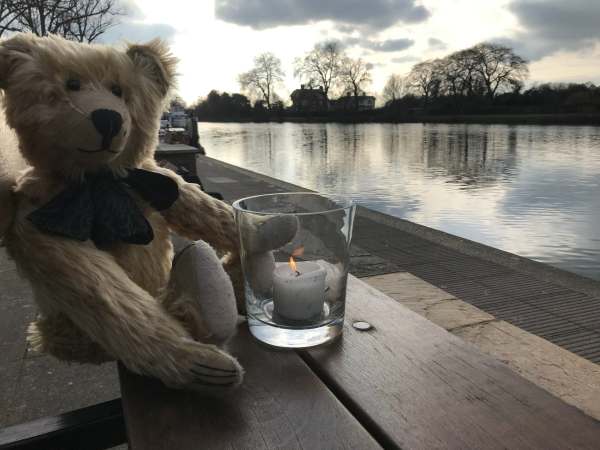 Lighting a Candle for Diddley at Kingston upon Thames.