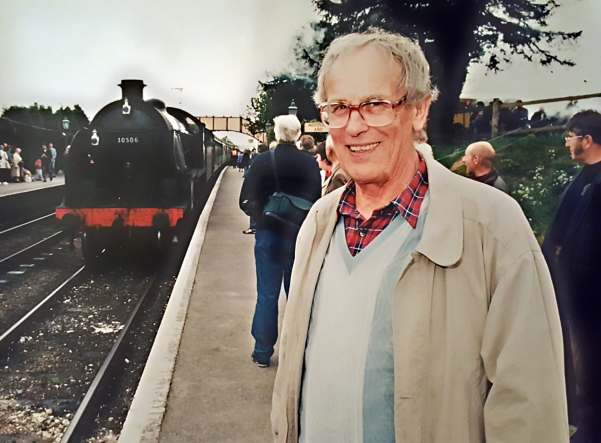 Taken in 1997. Tony, in front of his locomotive before withdrawal for rebuild. 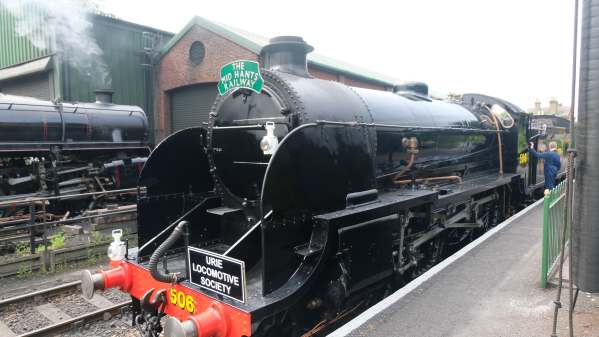 She is a steam engine. Those of a certain vintage would call her “she”. We do! She is a very special steam engine in being Bobby’s brother Tony’s “engine”. Based on the Mid Hants Railway “Watercress Line” in Hampshire she has been in countless pieces for years. On June 2nd we learned that her latest overhaul was complete after eighteen years and once again would puff happily along that lovely heritage railway line in Hampshire. It was a family occasion for us all to meet and celebrate. Not just the rebirth of 30506 but also to fondly remember Bobby’s brother who died in 2007.

But first, some background. Steam ended in Great Britain in 1967. Dirty, unloved, inefficient and labour intensive, it seemed that few cared about them any more. Thousands of engines were sent to the scrapyards. It was very nearly the end of working steam. One or two famous engines went straight into preservation. The Flying Scotsman was one. Many landed up in the queue at Dai (David) Woodham’s scrapyard in South Wales. The embryo heritage railway industry was starting with lines like the Bluebell. They needed engines and approached Woodham’s. It soon became clear that selling complete engines rather than scrapping them had commercial advantages. Over the years that followed, over 200 engines were saved and restored. 30506 being one of them. 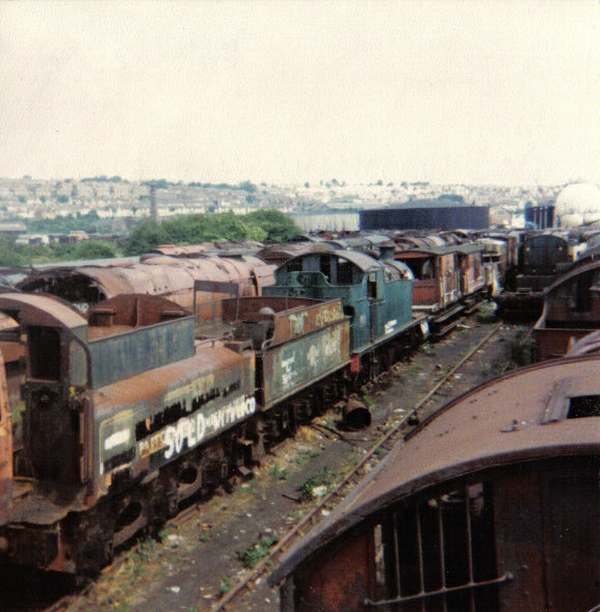 A typical scene at Woodham’s scrapyard in 1982.

The above image By Floyd Nello – Flickr, CC BY 2.0, https://commons.wikimedia.org/w/index.php?curid=5328790. Many locomotives were saved from the torch because Woodham’s also took on a load of old wagons for scrap. These were easier to cut up and therefore to obtain their scrap value. They were also in much larger quantities, taking up far more space than the more difficult to scrap steam engines and were therefore given priority, thus allowing the fledgling preservation societies time to realise their dreams. Woodham’s developed a reputation for being helpful to these early preservationists.

All steam power is governed by regulations. They have to be passed as safe. Every ten years their boiler certificate expires and they have to be rebuilt. In British Railways days, this employed a vast industry. Some towns became railway towns. Doncaster. Crewe. Swindon. In the south it was Eastleigh. They built, maintained and rebuilt engines. She was built there in 1920. There were enormous workshops where a production line of engines being rebuilt would pass through in just a few weeks. Bobby’s dad Sid took him to Eastleigh works open day in 1954 . He remembers the engines separated from their running gear hanging in the air as they went through the rebuild process.

Not only did steam disappear but, gradually, so did all the infrastructure. Heritage railways had to start from scratch. Restoration could take years and be enormously expensive. Relying to some degree on volunteer labour. If you think about it logically, fifty years has passed since the end of mainline steam. Or a number of sets of ten year expirations of boiler certificates. In preservation, most engines have been rebuilt several times. Where once the parts were all on the shelf, nowadays they may have to be made from scratch.

30506 is a Urie S15. Designed by the Chief Engineer of the Southern Railway, Robert Wallace Urie, at a time when Chief Engineers had a celebratory status. Nigel Gresley, William Stanier and others. Engineering gods. Gresley designed the Flying Scotsman and Mallard. Stanier the Coronation Scott and the Duchess of Hamilton. Unlike those glamorous engines, the S15s were designed as “mixed traffic” engines. Principally to pull heavy goods trains, but now and again as relief engines on passenger trains. 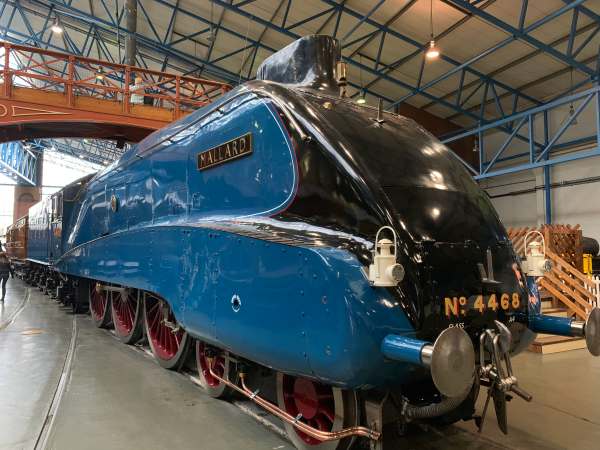 Sir Nigel Gresley’s A4 Pacific “Mallard”. Broke the world speed record for steam at 126mph on 3 July 1938. A record that still stands today! 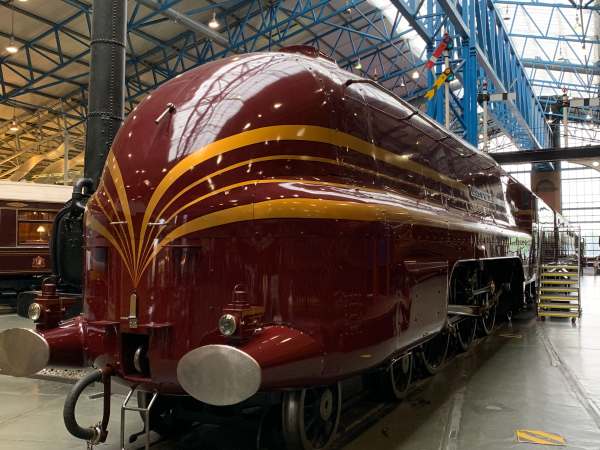 Sir William Stanier’s Duchess of Hamilton. Saved from scrap by Butlins to become a static exhibit at the newly opened Minehead. Subsequently preserved by the Friends of the National Railway Museum and returned to steam on the Watercress Line until 1985. Lovingly polished by Tony! Became a static display again, in 2009 returned rebuilt in streamlined form (streamlining having been removed in 1947.

Only two Urie designed engines still exist. Both rescued from Woodhams. Both Class S15, both at the Watercress Line and both owned by the Urie Society of which Tony was once chairman. 30506 and 30499. Both at Ropley, where the workshops are.

They wrote a wonderful obituary for him in their Winter 2007/8 Newsletter noting his dedication and enthusiasm for his chosen engines. 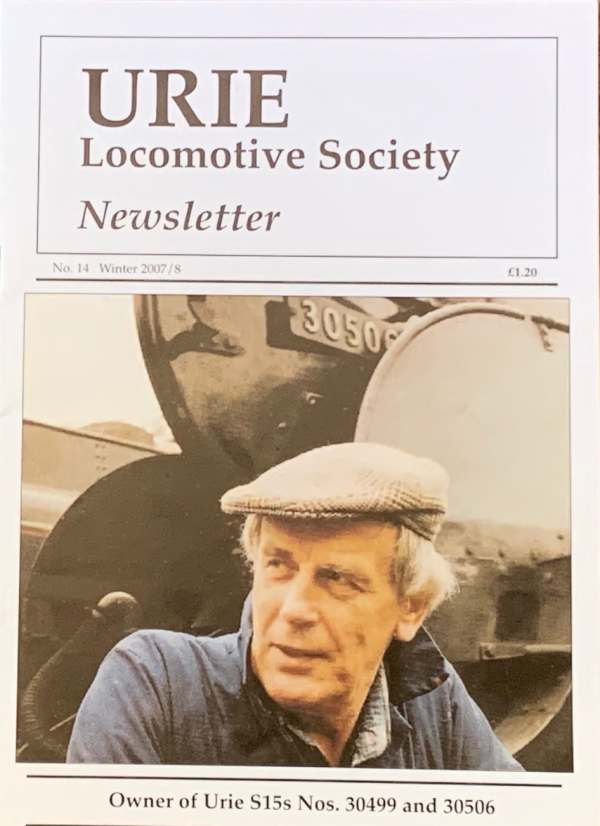 The newsletter that covered Tony’ obituary. Pictured in front of his locomotive.

Many came from the Watercress Line to the funeral in 2007. As we left the church to Elgar, the sound became the dulcet tone of Tony’s locomotive puffing down the Watercress line. We never heard the full recording, with our minds elsewhere and we are indebted to Elizabeth and Tim. Daughter and son in law to Tony who still have the recording. Play it softly, and imagine a coffin regally draped with a White Ensign (from his Navy days) leaving Selborne church. 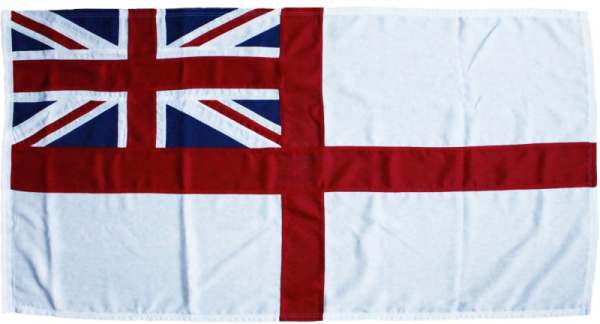 A White Ensign flag (also known as the St George’s Ensign. Reserved for use only by the Royal Navy since 1864. 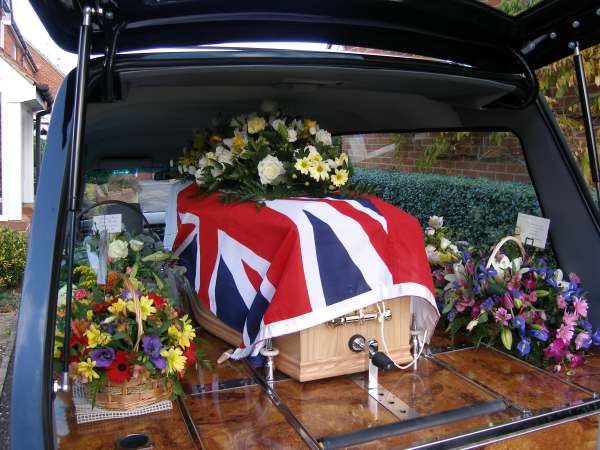 Exit music at the funeral – click on the arrow on the left. 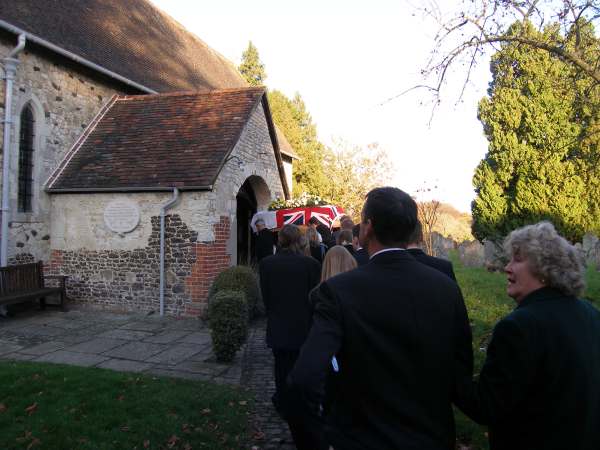 Bobby wrote an ode to his brother. The Black Five was another “Mixed Traffic” 4.6.0 engine. Workaday, unglamorous. Just like the S15. Quite a few are preserved on heritage railways. The picture on the ode is of Bobby the day he drove a Black Five on the Severn Valley Railway at Bewdley. A present from Diddley. 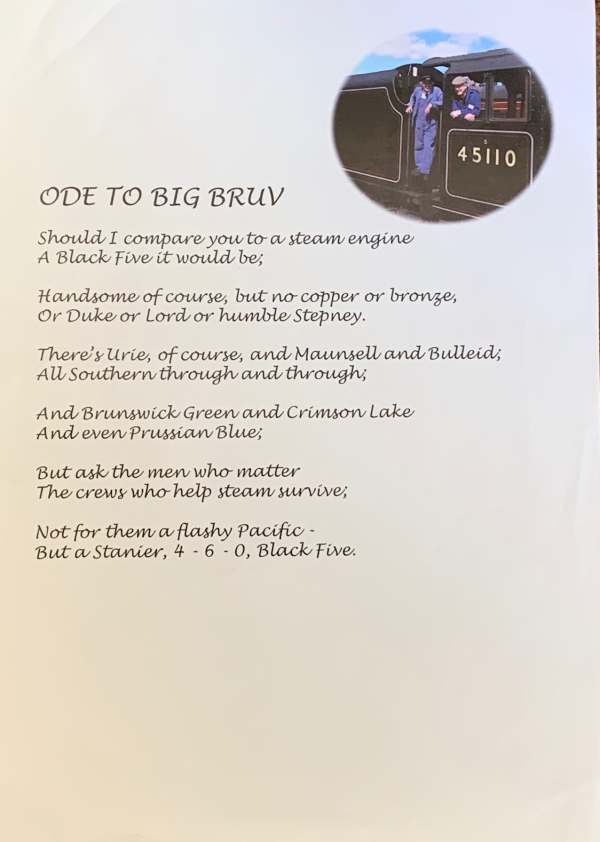 So it was with great excitement that the family descended on the Watercress Line at Alresford Station, where the ceremony to officially relaunch 30506 took place. 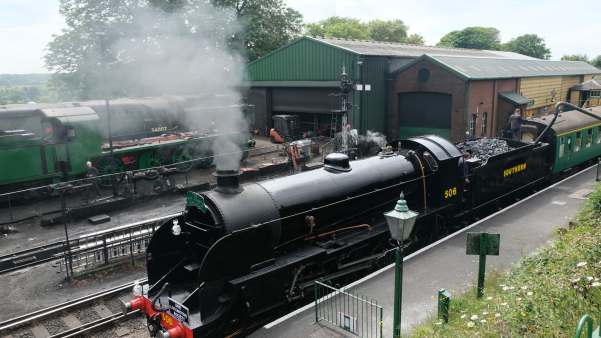 First train at Ropley. Being topped up (now as 506) with water. 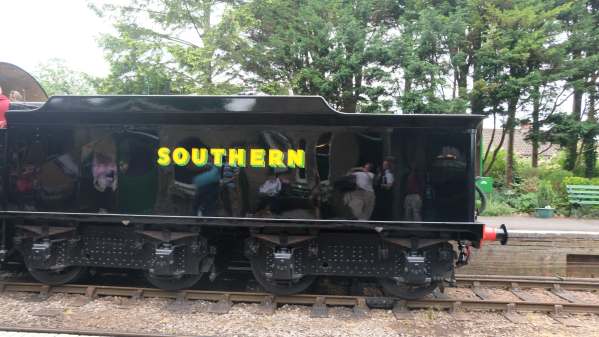 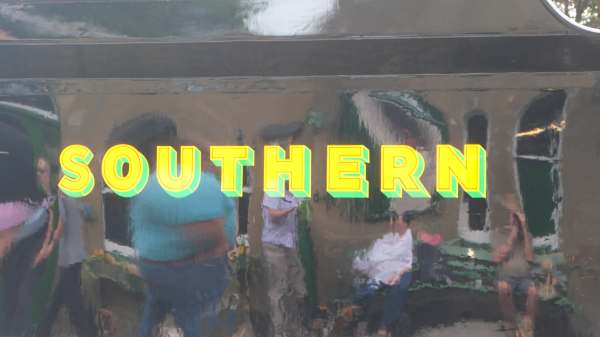 Crikey… Bertie and Bobby are in the bottom right corner. Could be a steam engine hall of mirrors or just? 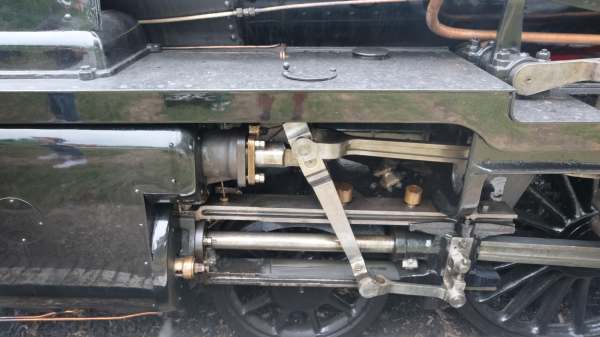 The running gear. I wonder how much of that had to be made from scratch? 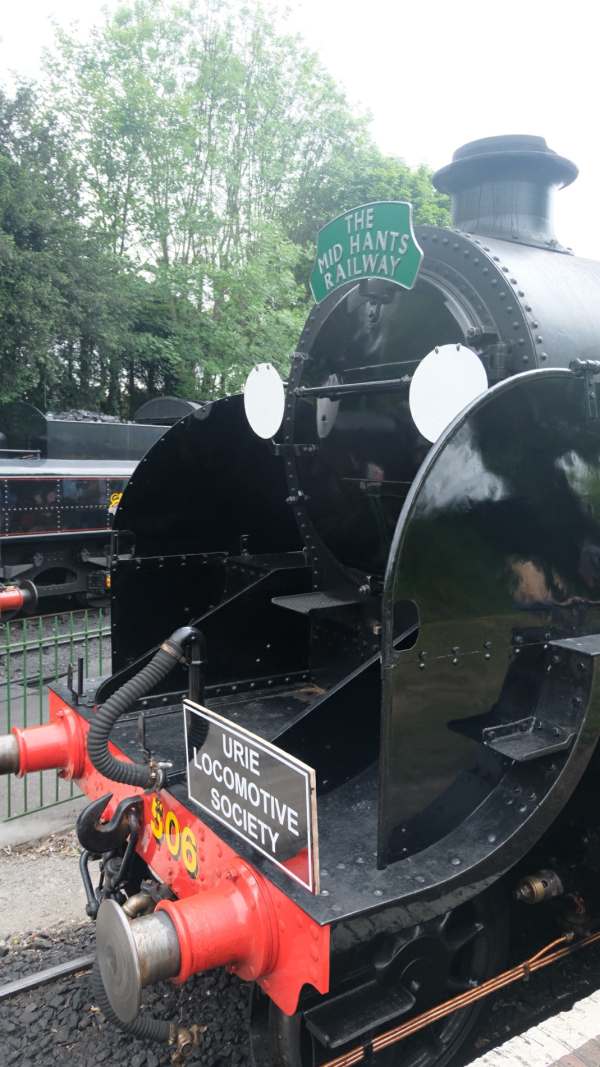 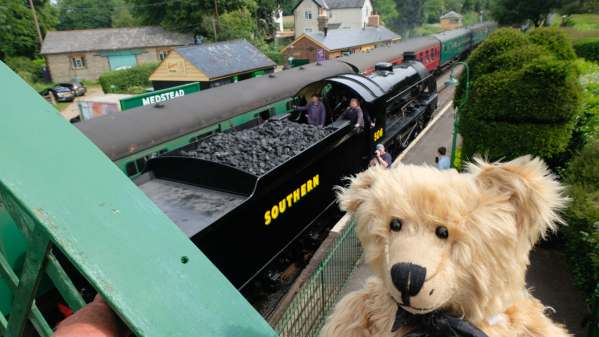 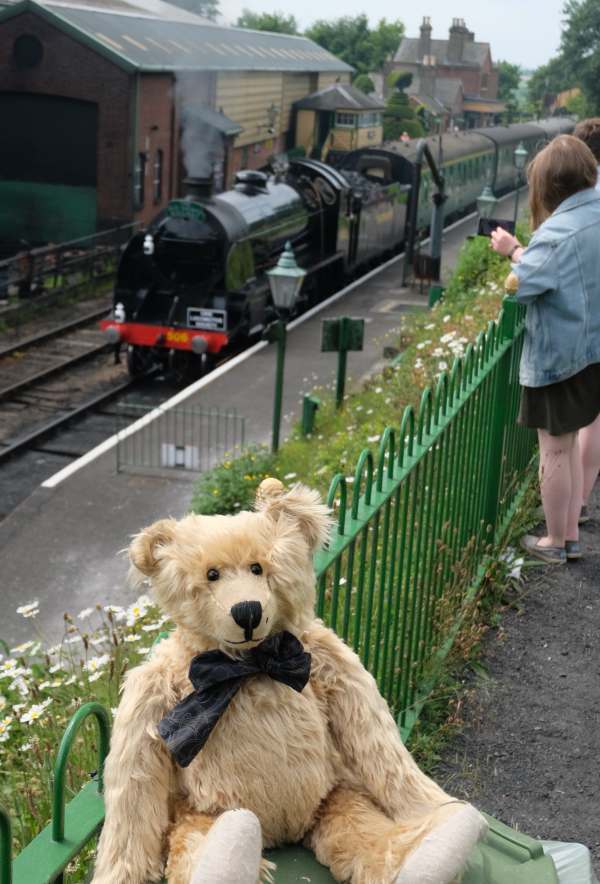 Tony would be so proud that his engine, nearly 100 years old, is once again gracing the line he loved.

A lot of steam has passed under the bridges in nearly a hundred years. 30506 has had a lot written about her. Bobby has books detailing her life history. But here are a few archive pictures for you. 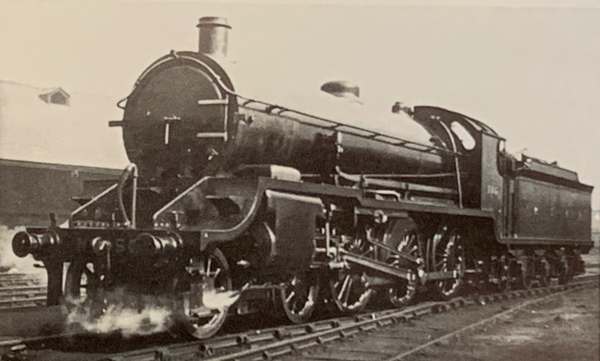 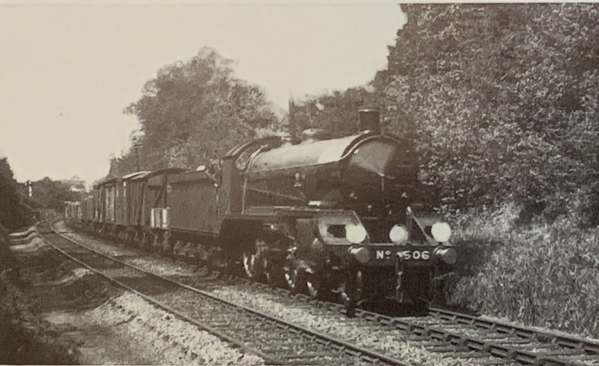 In her early prime. Pulling a goods train, for which she was designed. 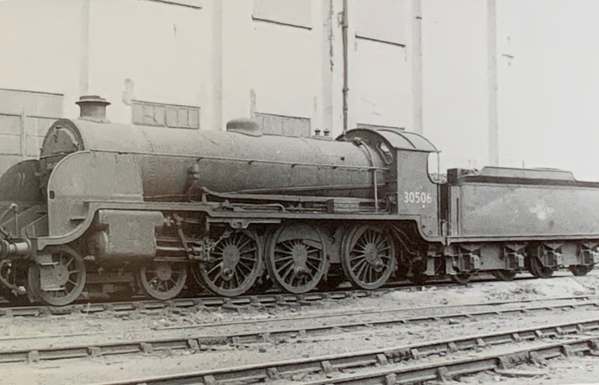 There will always be a question of how much you restore a steam engine, when the reality was much as you see above. Heritage Railways need income and, sadly, filthy old engines don’t attract the customers. Or ones that don’t work. No running gear. Saved from the scrapyard. 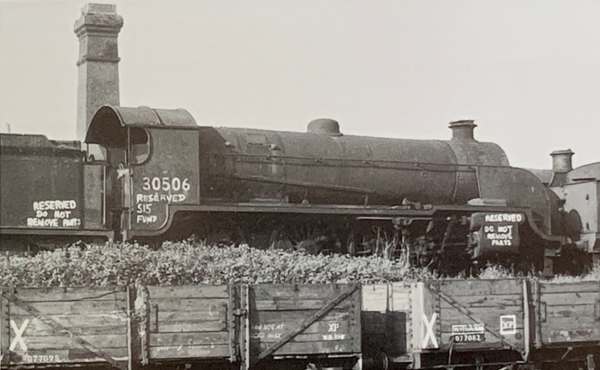 Consigned to scrap at Woodhams. Note that the running gear pictured above has been removed. But already reserved for the Watercress Line. 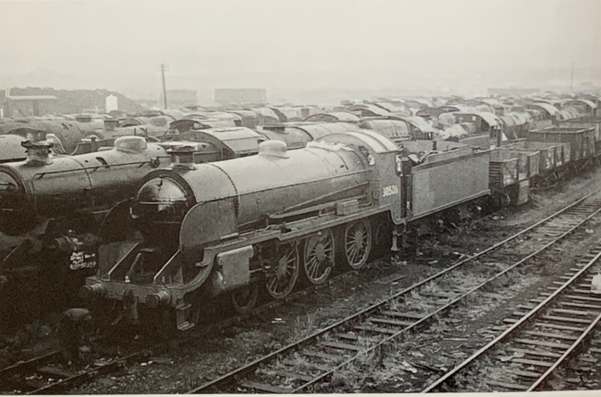 Still at Woodhams, with 100s of engines awaiting the cutting torch. No running gear, but evidence of painting to protect the engine until it can be moved to Hampshire. Note also, a few of the trucks which helped save so many locomotives as they were scrapped first. 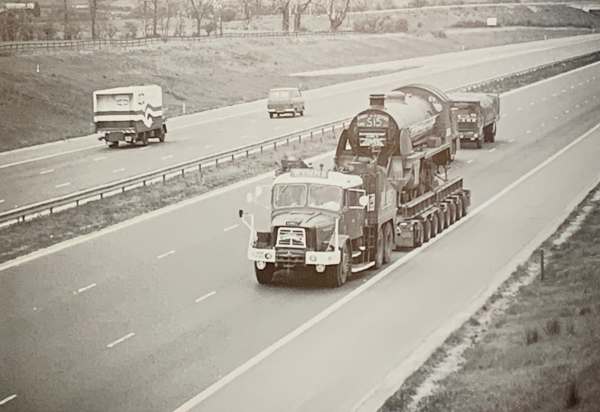 And finally on the road to Hampshire. That motorway wouldn’t be so quiet now! 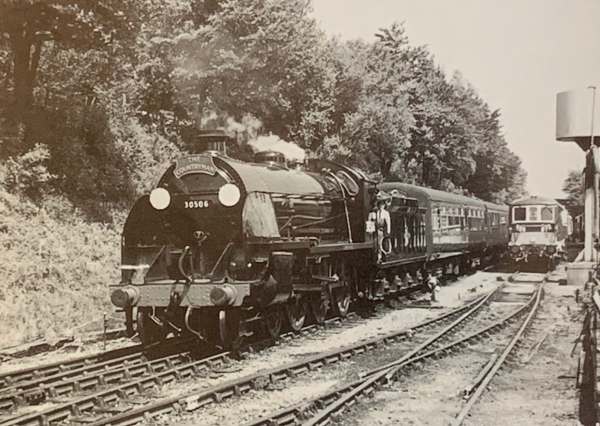 Restored a few years later to her former glory on the Watercress Line in 1997. 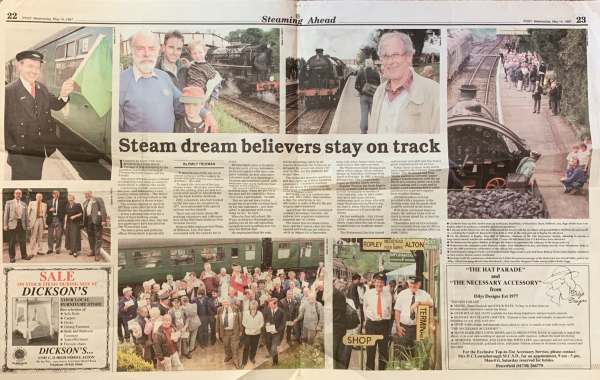 Celebrated with Tony in the local paper.

And finally, what about the sister engine 30499? Well here she is. There is a lot of work to be done. Particularly as restoration will be to show how she looked in 1920. But the current chairman told us she will be fully restored. 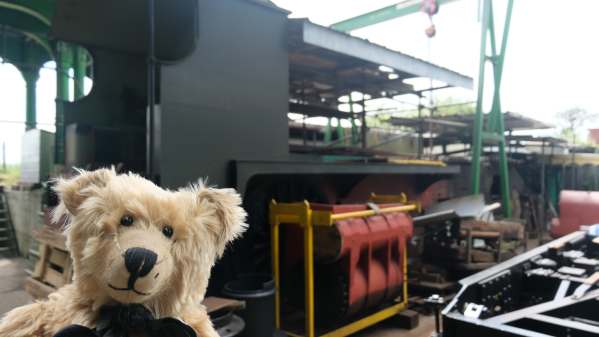 You may like to watch this video, filmed for the current chairman of the Urie Society a few months before 30506 was complete.

Lighting a candle for Diddley and Tony. 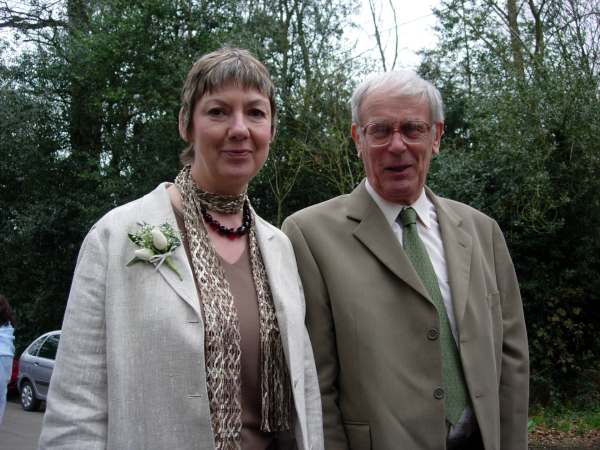