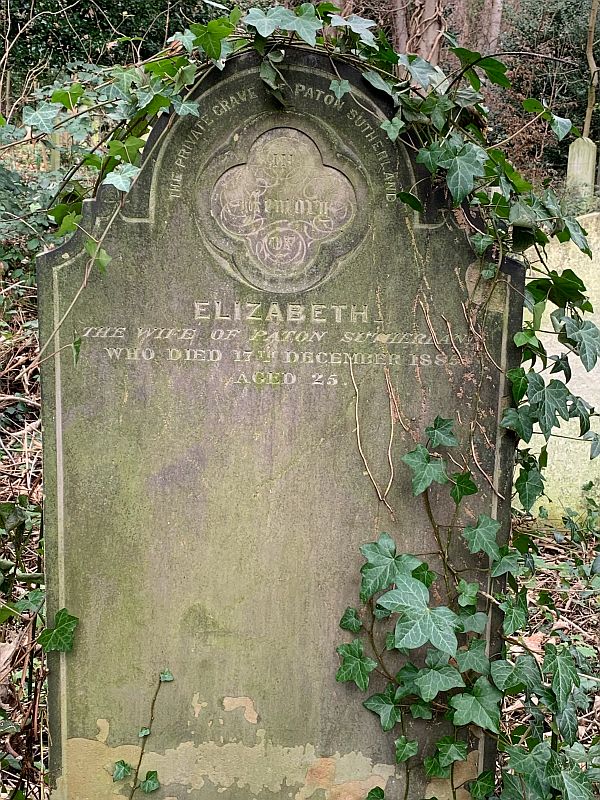 They woke in the Brick Lane Hub the day after his birthday (“78 plus one“), with the music of the Drifters still ringing in their ears.

The Drifters “Under the Boardwalk”.

Opening the blind to Room 310, they were presented with a brick wall vista and an inch of grey sky. Room 311 opposite had quite a different view for me nearly two years ago now. Just a few days before the world changed forever it would seem. Getting on a bus, scared to touch the handrail. But a day to remember with the Gentle Author (GA) in March 2020. Read Room 311 to see just how special it was. 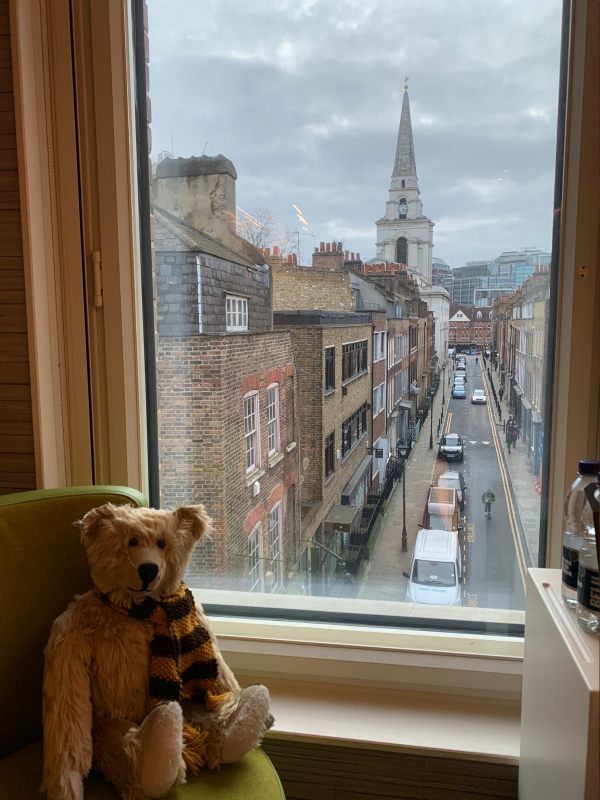 Is it really nearly two years now and still Covid ruling our every day lives? Well not quite. Freedom is drifting nervously in. They went to a crowded theatre after all. But now it was the day after. A day of choice. To lie in all morning in Room 310. After all, a 78 year old needs to pace themselves.

But here in Spitalfields that would be such a waste. More than anything he yearned to see snowdrops. It’s that time of year. 15 February should find us all in the Cotswolds. High up on Swift’s Hill. And then down in Slad, surrounded by Snowdrops. But where in Brick Lane, Spitalfields, was he likely to find Snowdrops?

He remembered the GA writing evocatively about spring flowers at Bow Cemetery and how he had promised himself to go to all of London’s Magnificent Seven Cemeteries. And, so far, had not been to a single one. Resolving to go to his first that very morning and look for Snowdrops.

Reading the many blogs the GA has written on the cemetery, we would recommend you read them all. But start with this one, as he describes the history of the cemetery itself and its place within this part of East London. 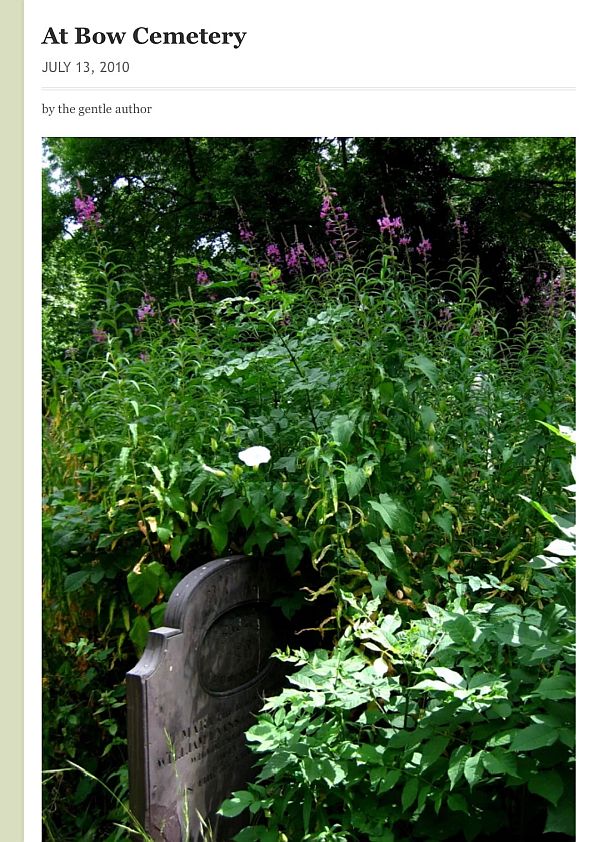 The Hub is great. All booked online. If you are feeling unsociable, you can stay without speaking to a single person. Pretty unlikely for Bobby! So, it was a cheerio and see you next time as they headed off east down Brick Lane to Whitechapel and the Mile End Road.

Past the market. Through Stepney. Over the Regent’s Canal, to turn right at Mile End Road Station into Southern Grove to find the cemetery entrance. Following the suggested route and marvelling at how he was walking through a wood with tombstones in all directions but essentially a wilderness. Knowing that beneath his feet lie over a quarter of a million Londoners.

“There’s some aconites”. And then, finally, after some searching, were the first snowdrops. The guided walk took him back to the entrance, where a mobile coffee shop had arrived. A motorbike tricycle transformed into ‘Blue Daisy‘. And very welcome indeed.

Bobby was intrigued, looking at the cemetery map by ‘Scrapyard Meadow’. Separated from the ‘gasworks’ by the railway embankment.

Back through the cemetery, to find an amazing little nature reserve created from industrial land, where contaminated soil had been removed and replaced with chalky soil. Resulting, many years later, in a mini version of Swift’s Hill and Denbies Hillside in the middle of East London. Clearly an enormous debt is owed to the Friends of Tower Hamlets Cemetery Park, who endeavour to keep this unique place intact for the benefit of future generations.

On they walked, down Bow Common Lane. Redevelopment one way. Derelict land the other. Past a once impressive building, seemingly destined for destruction. All on its own, in what it now transpires was the gasworks.

A casual Google of the name plate on the building revealed a massive development is planned that includes refurbishing this building. If you look at the photo of the plan, the building will eventually be dwarfed by what is envisaged.

Crossing the Limehouse Cut, it was clear Bobby was tiring. Canary Wharf wasn’t far, but the bus to London Bridge was nearer.

London is an amazing city. Maybe all cities are. But, can there be one quite so diverse in such a short distance? Much of this area suffered from wartime bombing. The cemetery itself was hit many times. And yet nature has reclaimed it, with the help of those dedicated people to whom we should be eternally grateful.

We are in London every Tuesday lunchtime for Al-Anon. Regular visits to the cemetery to see the flowers of spring and summer will be something to look forward to. 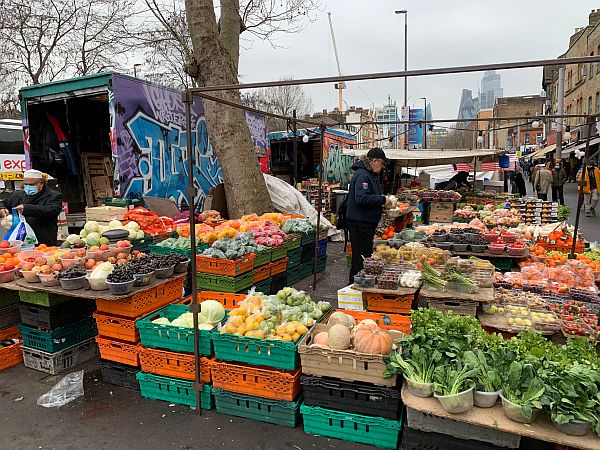 Whitechapel Market. What a choice of fruit and veg. But note the distant “Gherkin”. 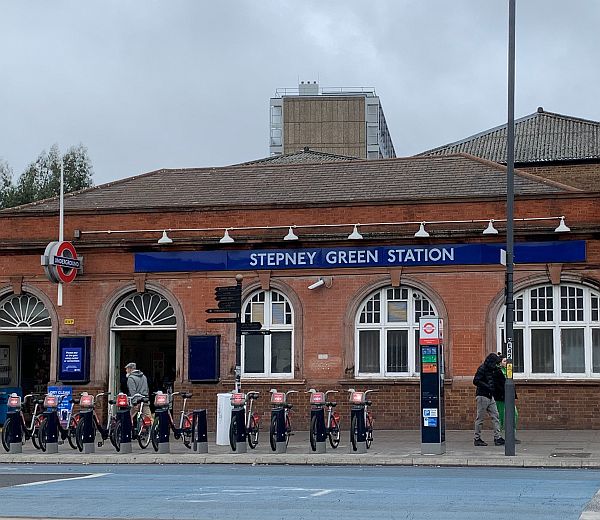 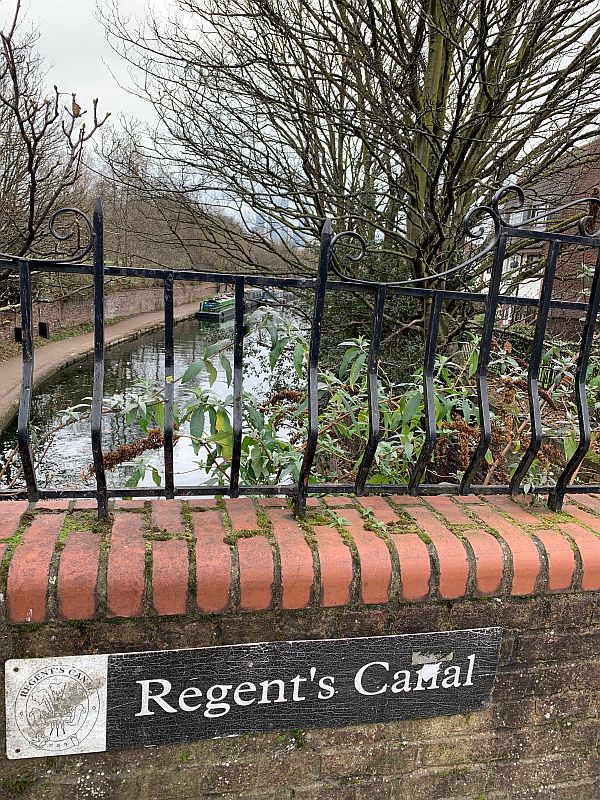 Over the Regent’s Canal. 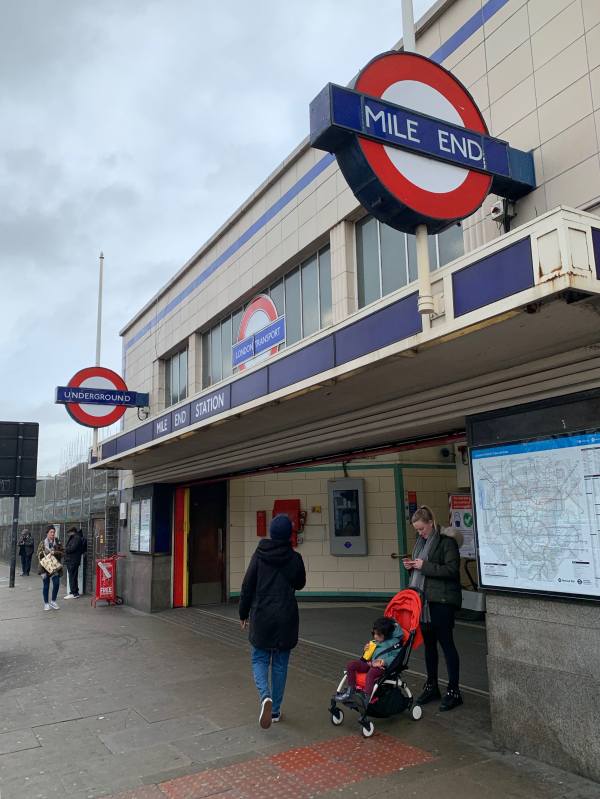 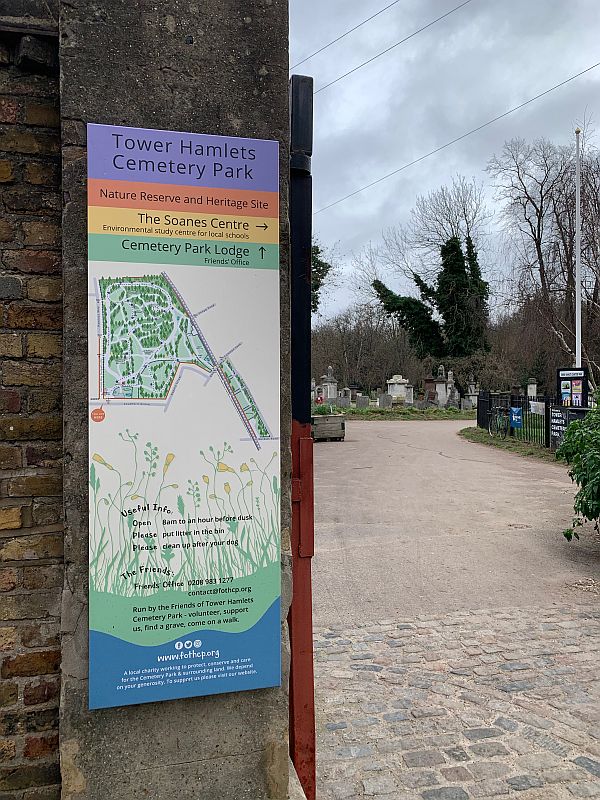 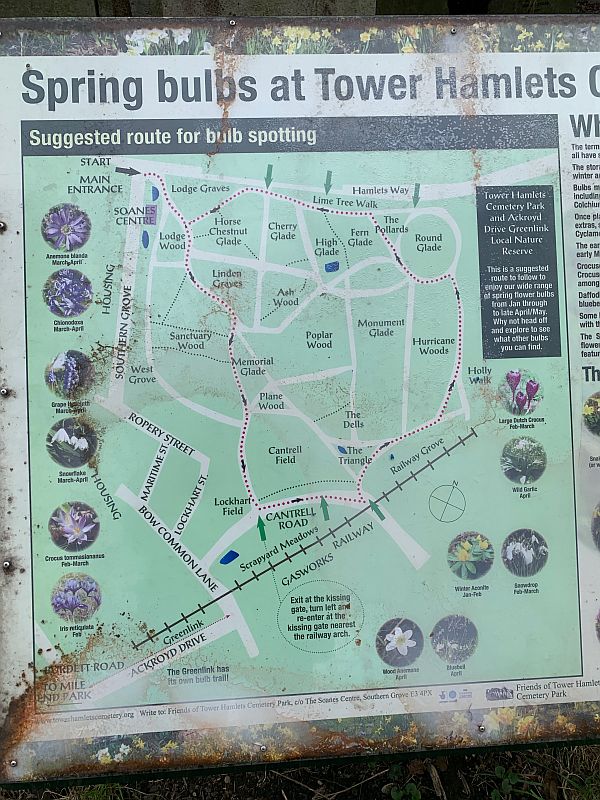 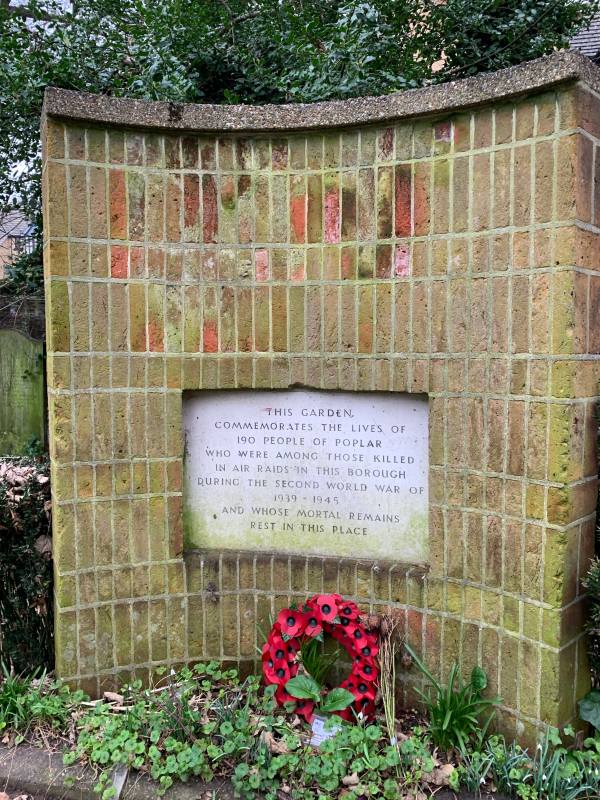 This memorial was built out of bricks from bombed house. 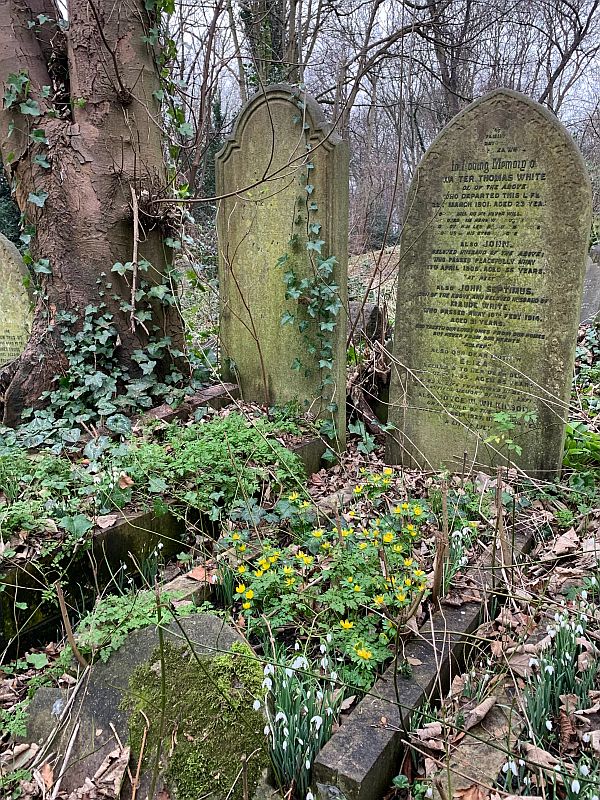 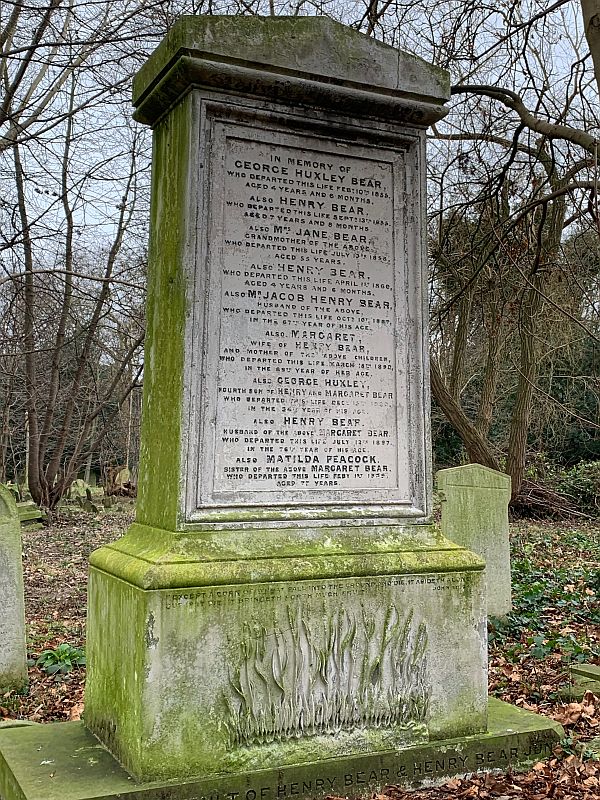 That’s an awful lot of “Bears”! 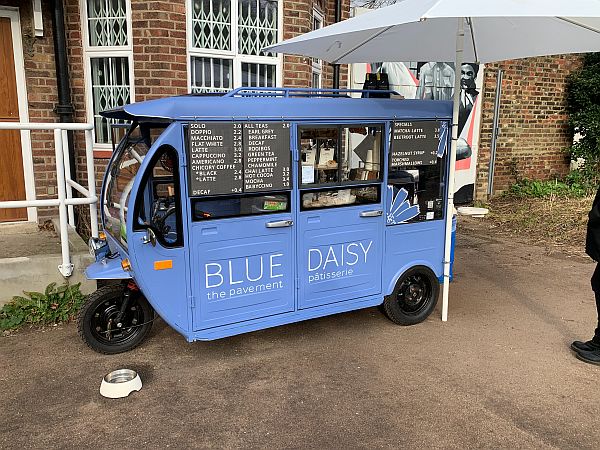 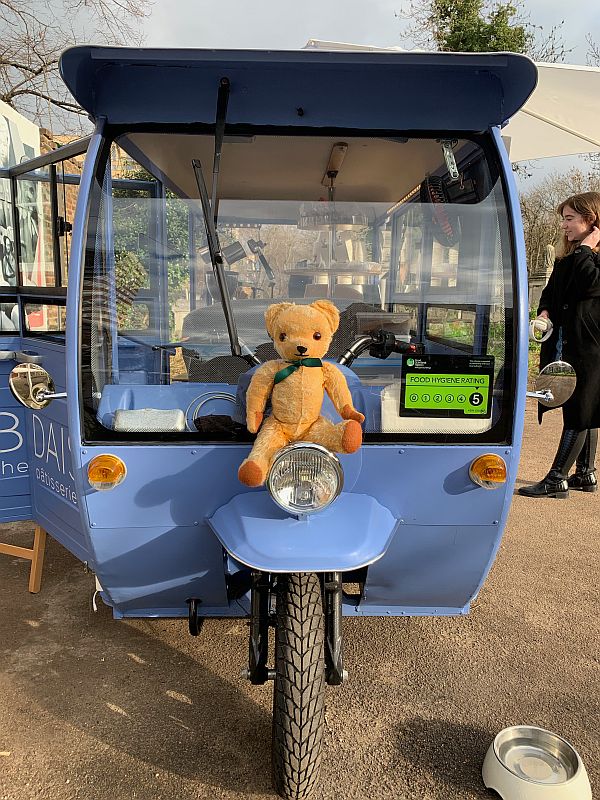 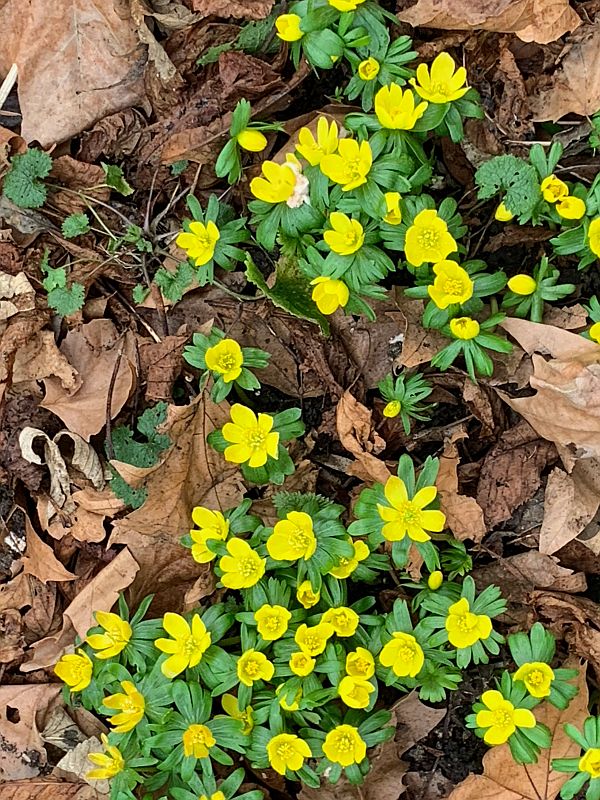 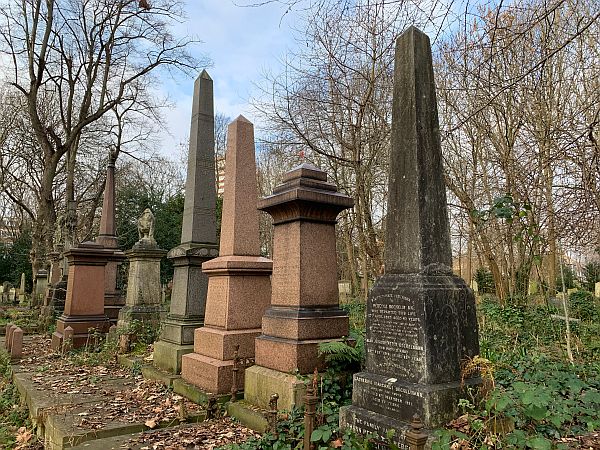 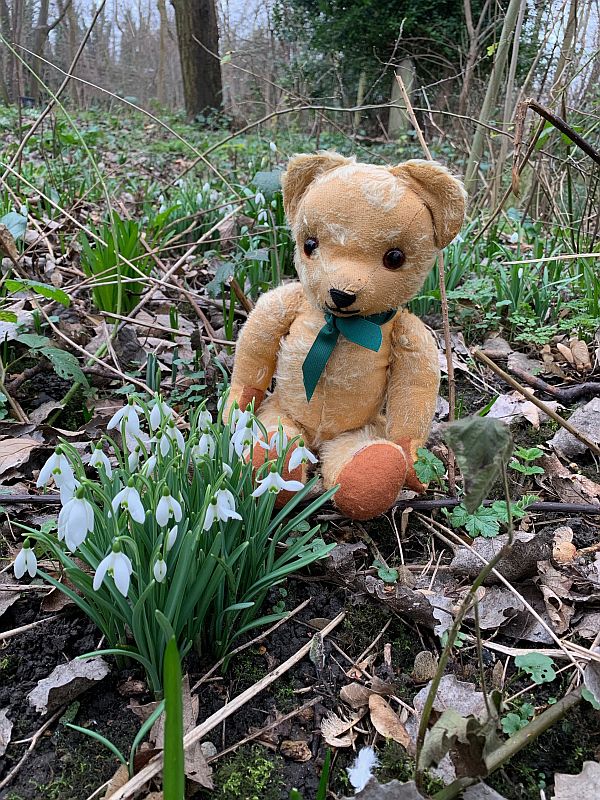 And finally – Snowdrops. The true harbingers of spring. 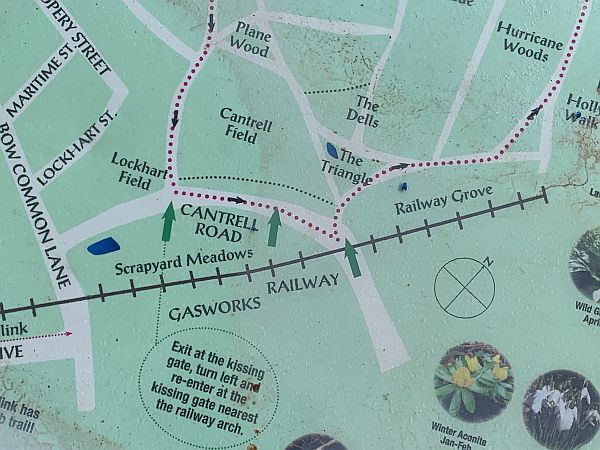 Scrapyard Meadows and beyond. 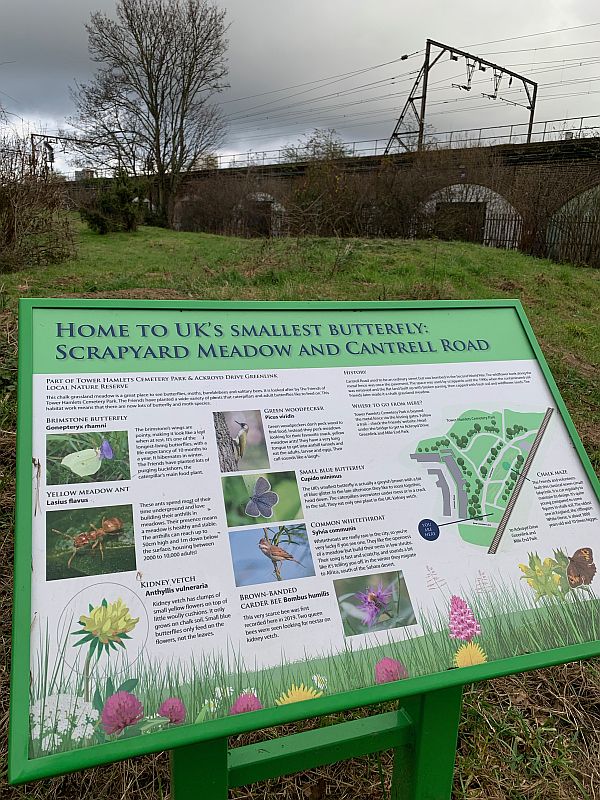 The wonder of nature. 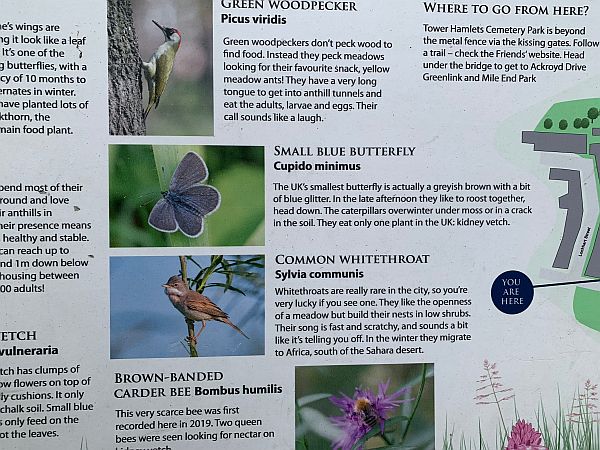 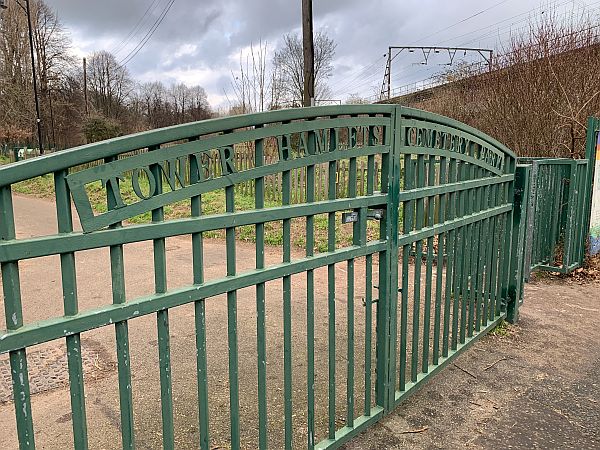 The cemetery gates. Wasn’t that the destination for the bus in “On the Buses”? 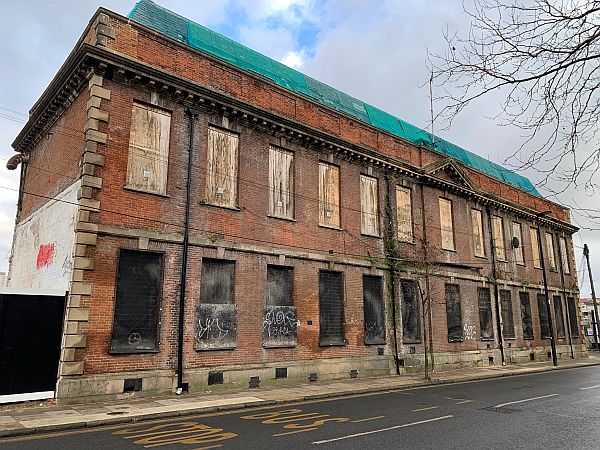 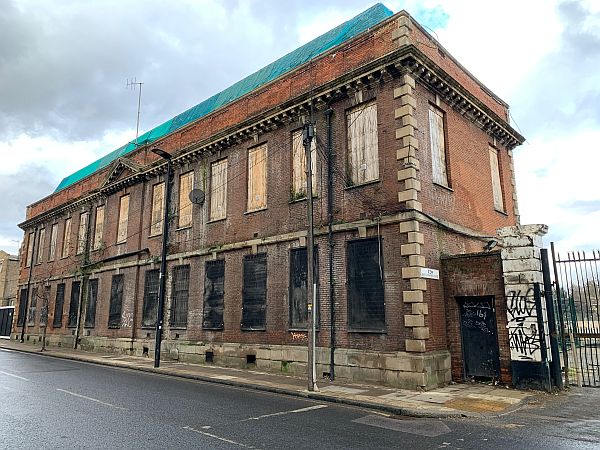 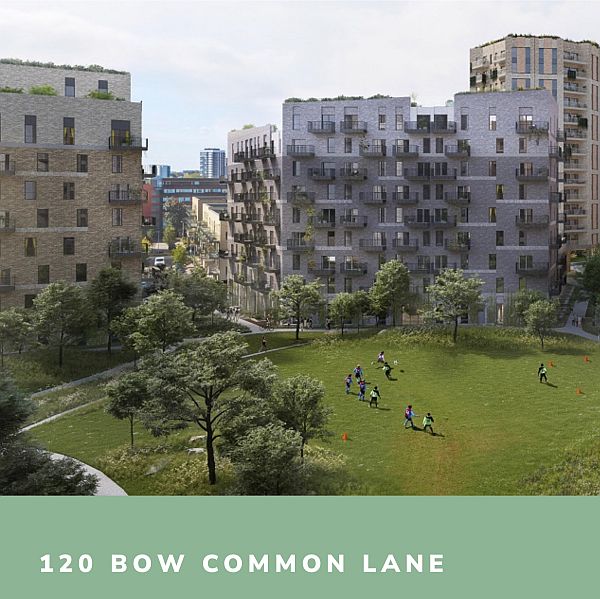 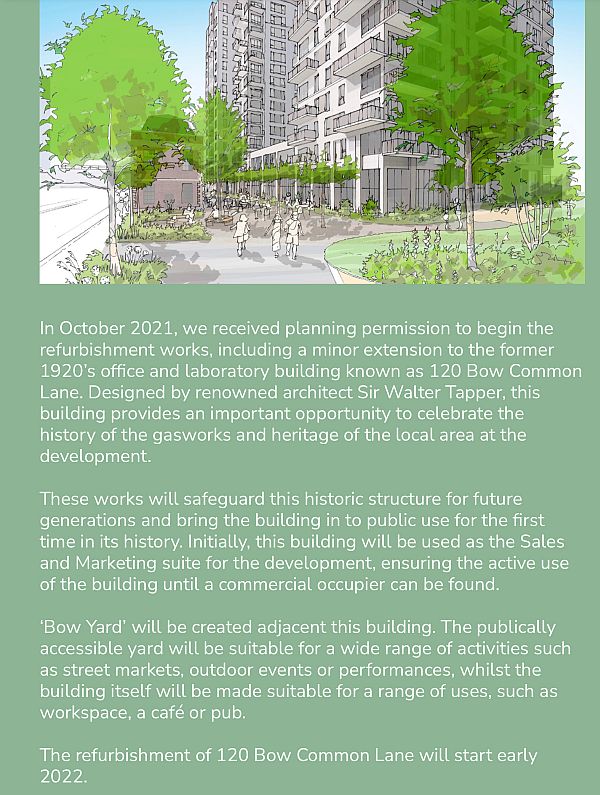 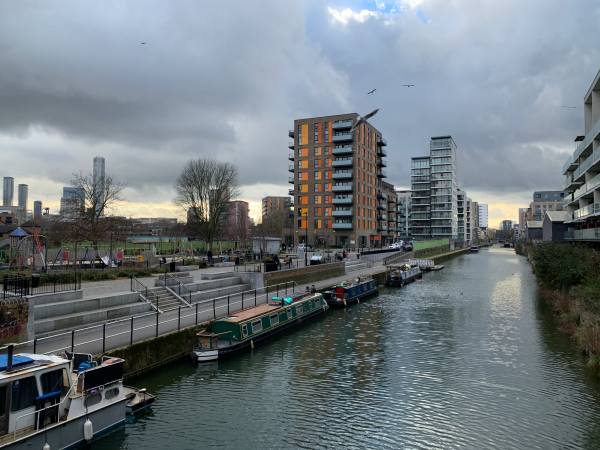 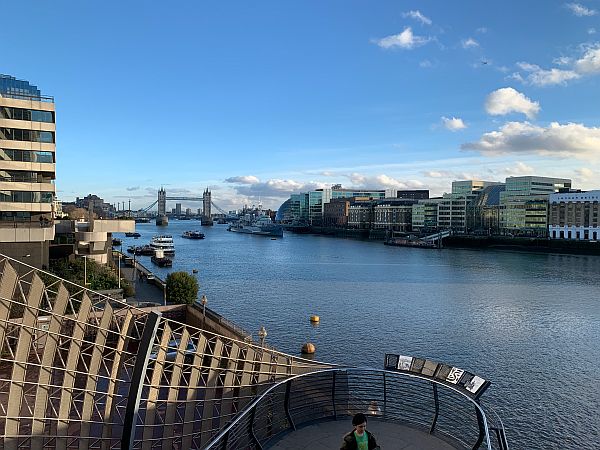 And heading for home over London Bridge. A lovely way to reach 78 years old. 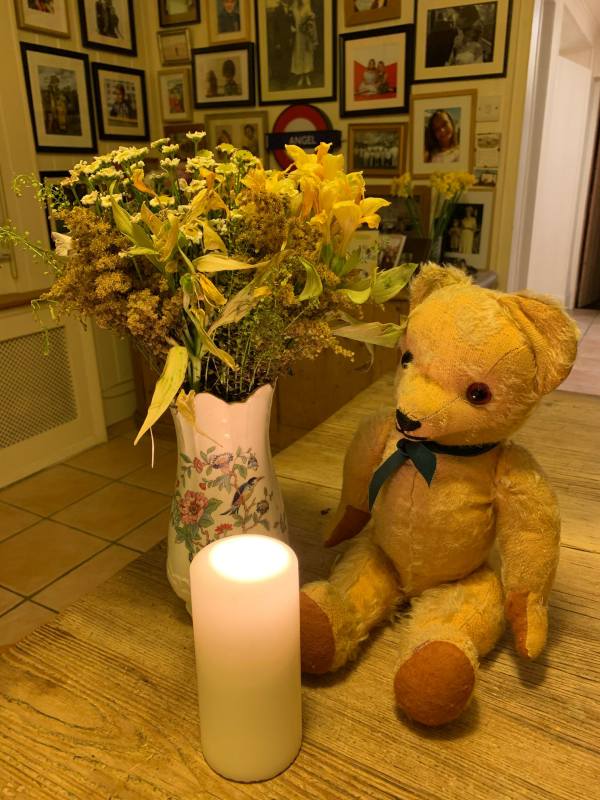 These flowers were delivered as glorious letterbox flowers a month ago. And now they are largely dead, and just as lovely.