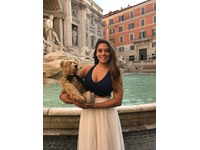 I would like to introduce you to Alexis, from the United States of America. She wants to be a dancer. With her determination and clear love for her passion I am sure she will succeed. I spoke to her mum Debra who told me that all her daughter had ever wanted to be was a dancer.

“Not necessarily. It may be that contemporary dance is more fitting for her. She still has to work that one out. In the meantime she is exploring whatever avenues come her way”

“Like today?” I asked. “Are these pictures for a portfolio?”

“That’s right” said Debra. “We have hired a photographer for a setting by the most famous fountain in the world”.

“She reminds me of me! I want to be famous for what I am. Funny, interesting, knowledgeable. Someone who cares about the world. I am far more than a toy bear.”

“I can see that” said Debra, as we were joined by Alexis. “A photo opportunity that could one day grace the world’s media. The day the famous dancer met Bertie. Everyone’s favourite bear“.

But first how did we meet? For this, you need music to accompany the story. We have a choice as follows:

What with that and getting robbed in Venice, Bobby had gone security crazy. Not even taking me out in case I got attacked. Everyone’s a robber. He did go on a hop-on hop-off bus all day yesterday and didn’t hop off, but went round and round and round so he could keep his hands in his pockets hanging onto to his prized possessions. So he has seen a bit of the Eternal City and come up with a cunning plan. More than anything, he wanted to see the Trevi Fountain. Remembering those famous films when he was young. When the bus got to the fountain stop everybody hopped off and marched purposefully, selfie sticks at the ready, for another session of “Who Do You Think I Am.”How about a bleedin twot.” Sorry about that. Must stop swearing. But you can take your clothes off in the heat. I can’t.

The Plan. Go to bed early and see the fountain before breakfast. I was invited as it looked promising. We weren’t the first there at 06.45, but almost.

The sun was shining on something Bobby had seen at the Granada in 1953. Or was it the Gaumont? Bobby took some pictures and then, suddenly, this beautiful young girl dressed in ballet clobber was standing in front of him with a chap who turned out to be a professional photographer. I was sitting next to Bobby and she gave me a smile. (Without me maybe not…….). The poses started while I spoke to her mum Debra. A few people had now turned up, but I felt that this was a performance just for us. Or more likely that she was so intent on the poses that she was oblivious to anything else. 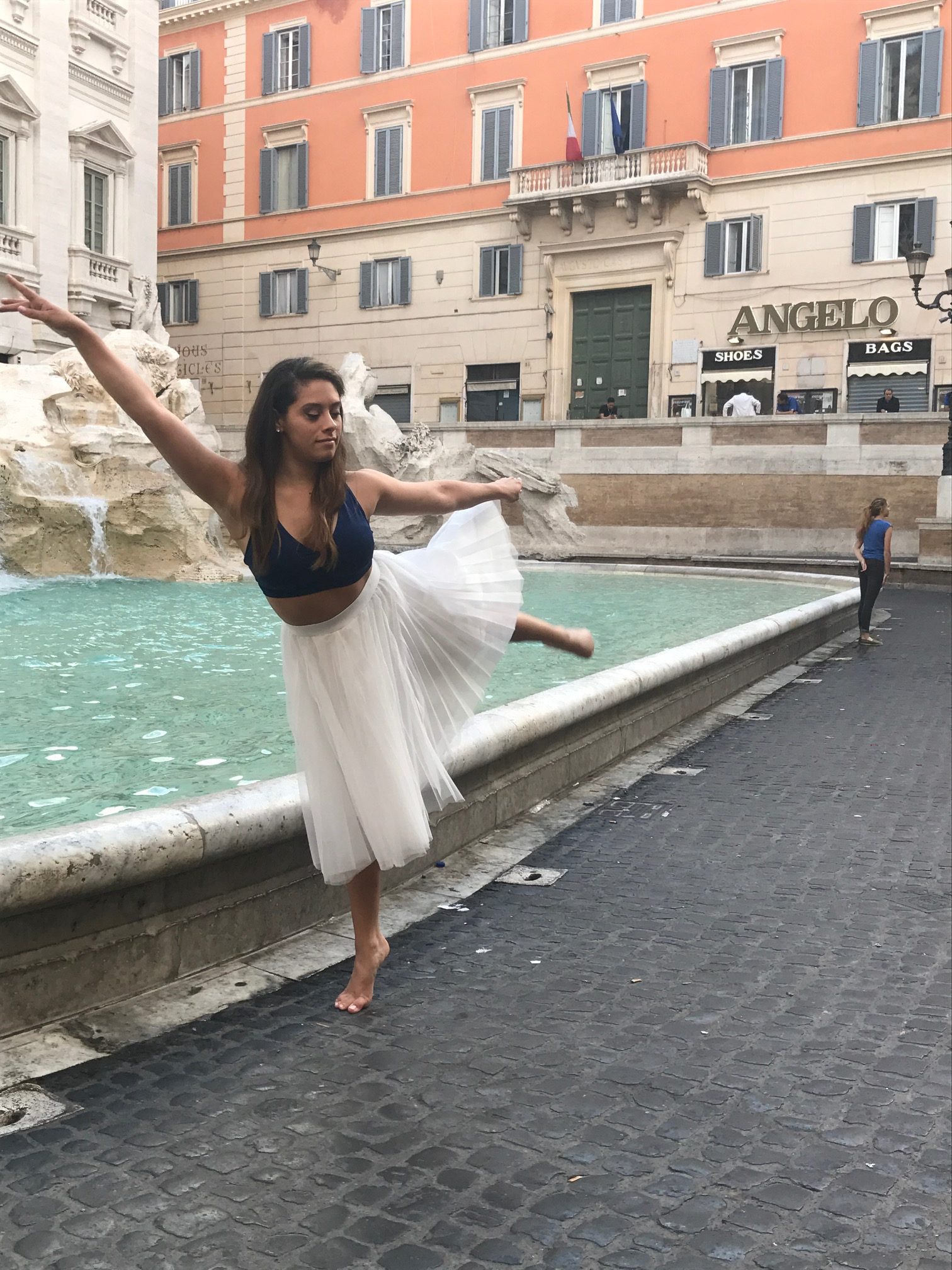 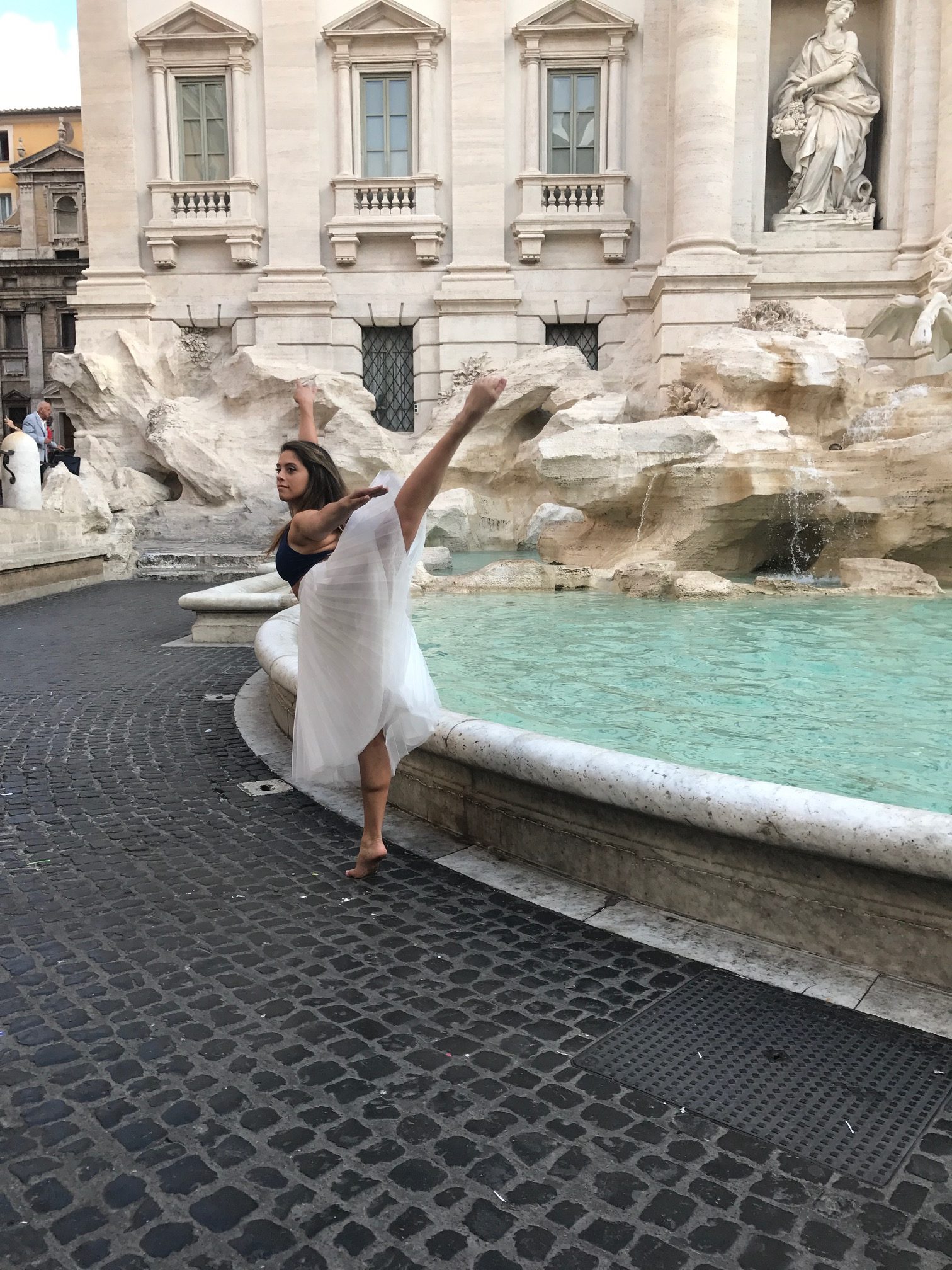 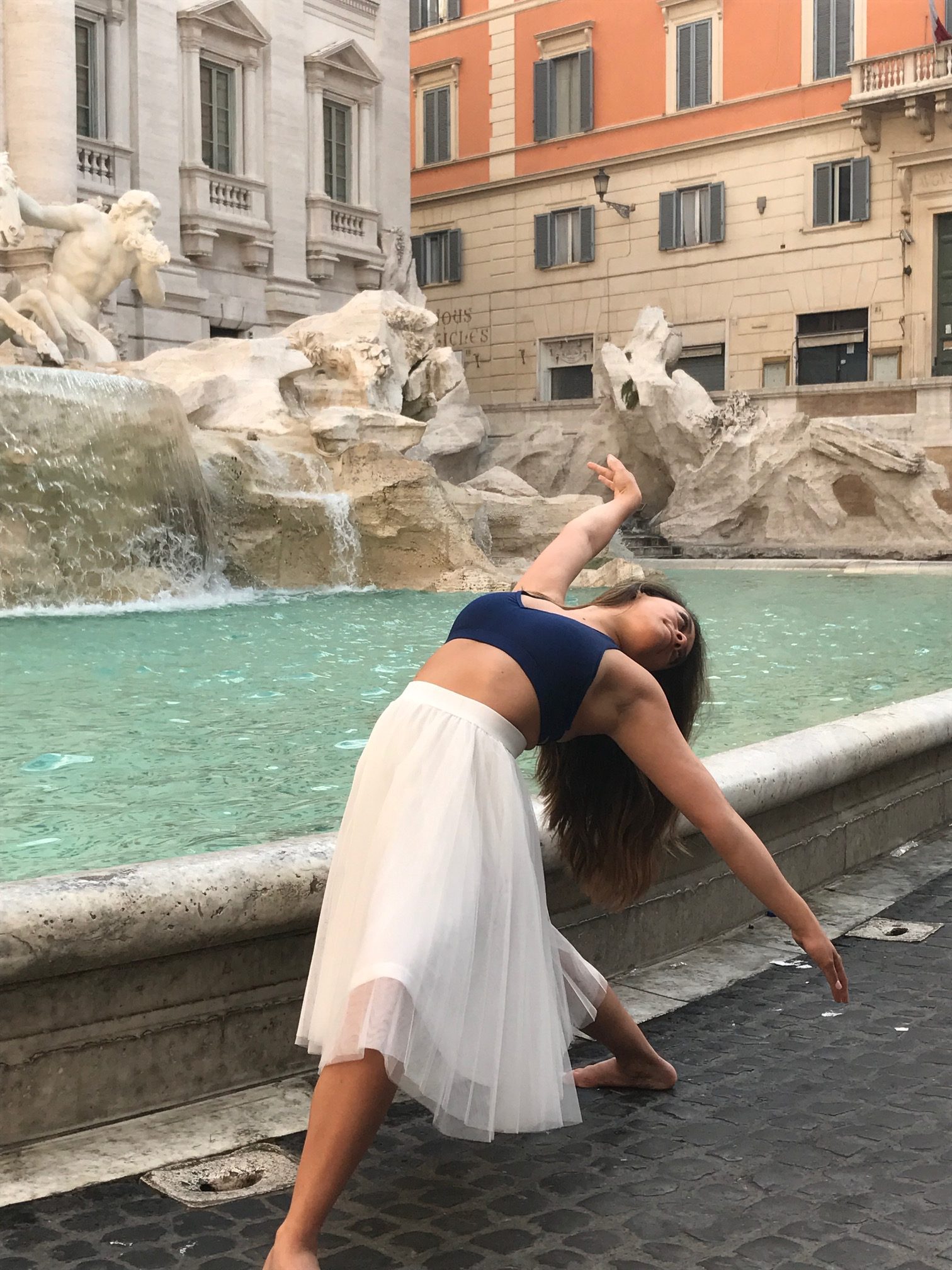 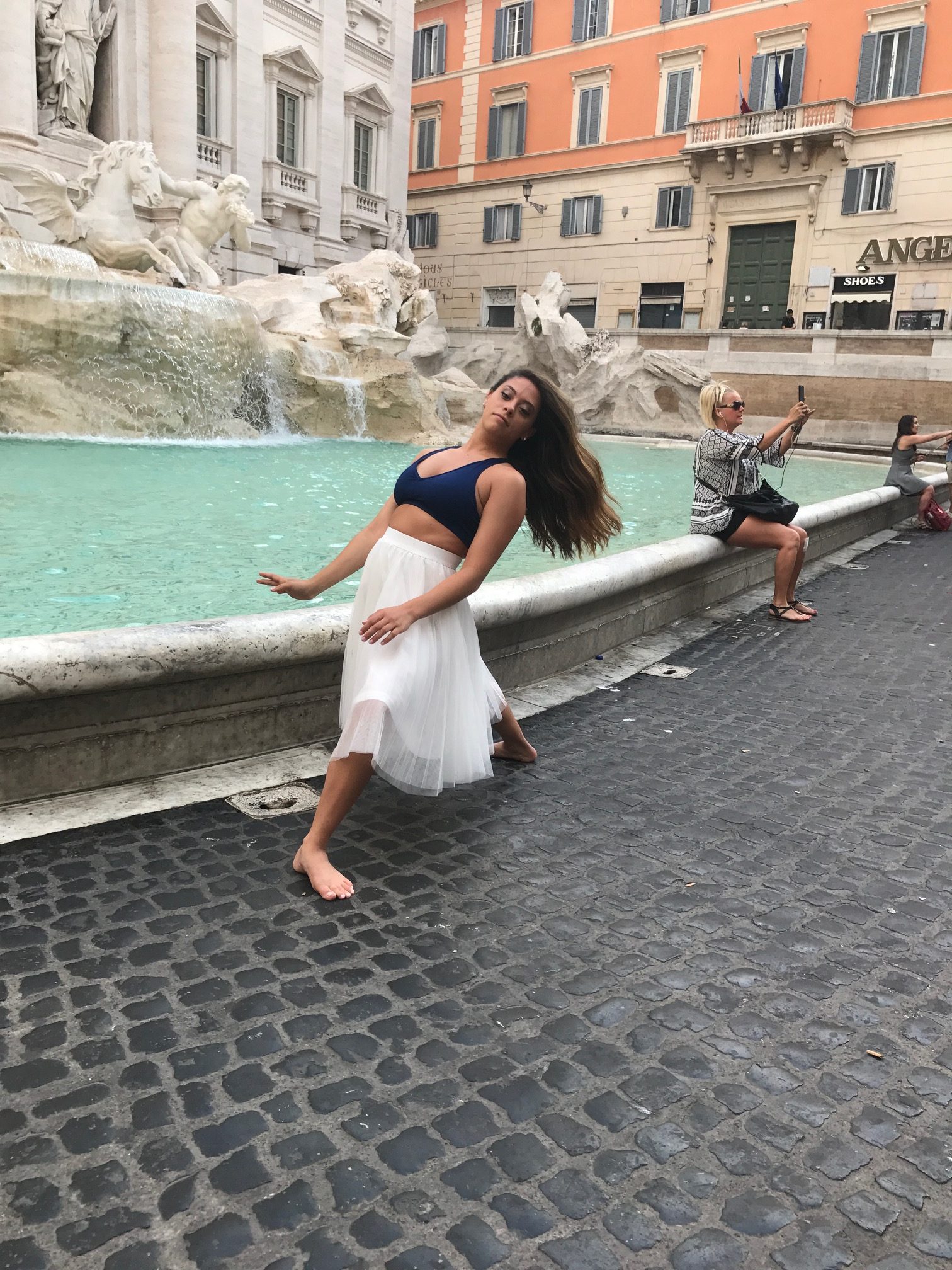 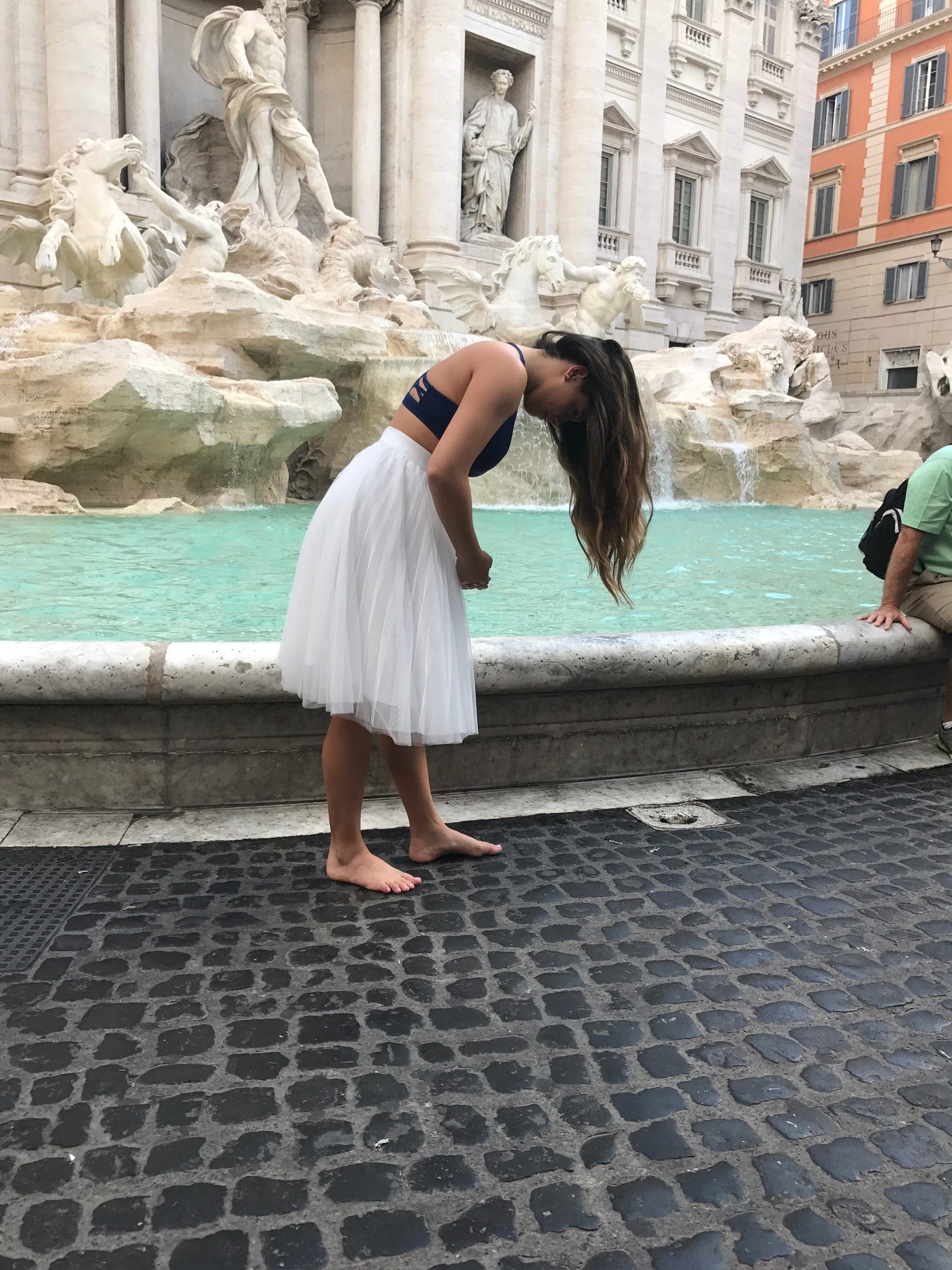 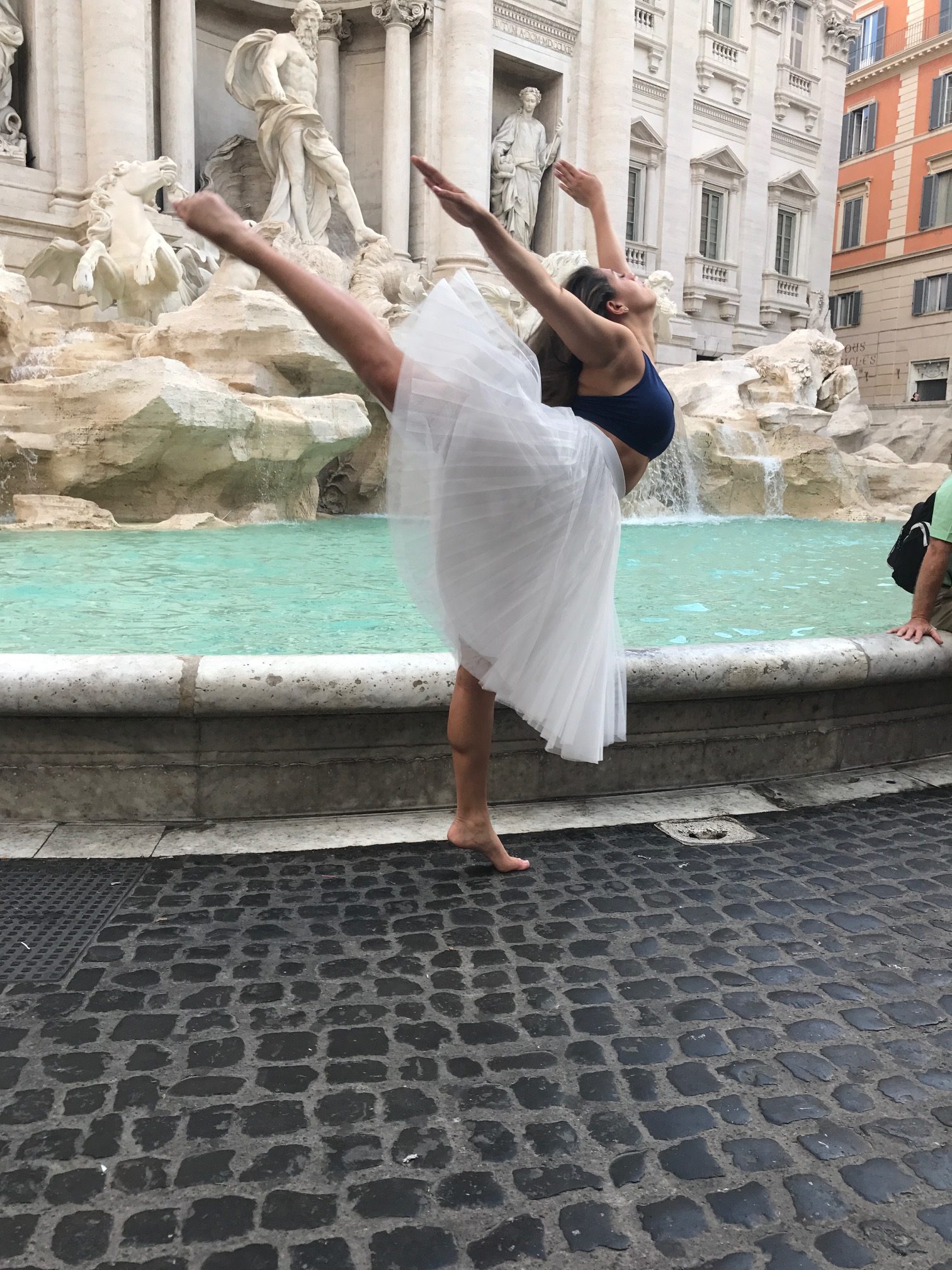 When it was time to go, she had her picture taken with me. Who would be really famous first? I hoped it would be her. I gave her my card and she promised to tell me if she starred one day at the London Palladium. 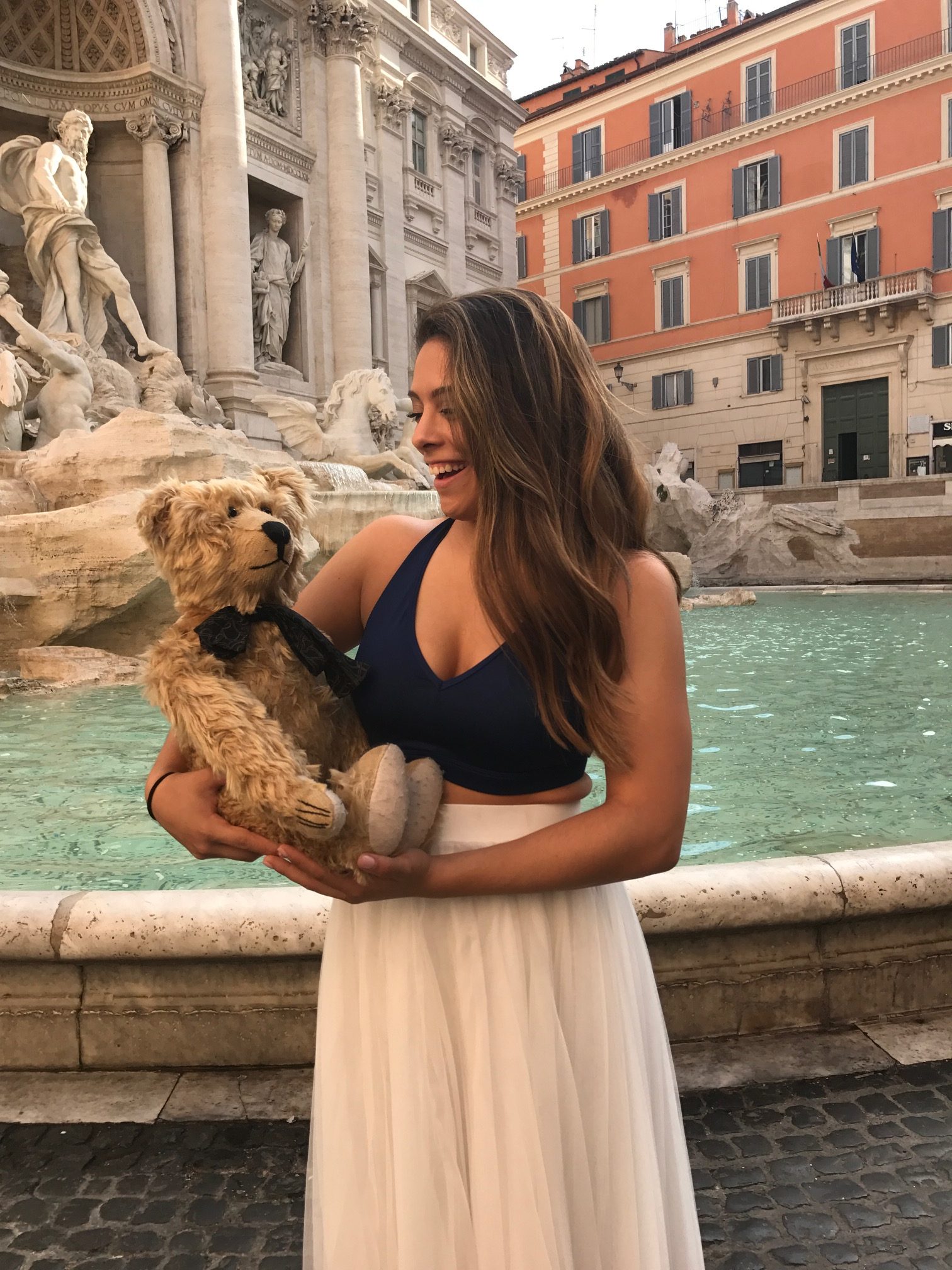 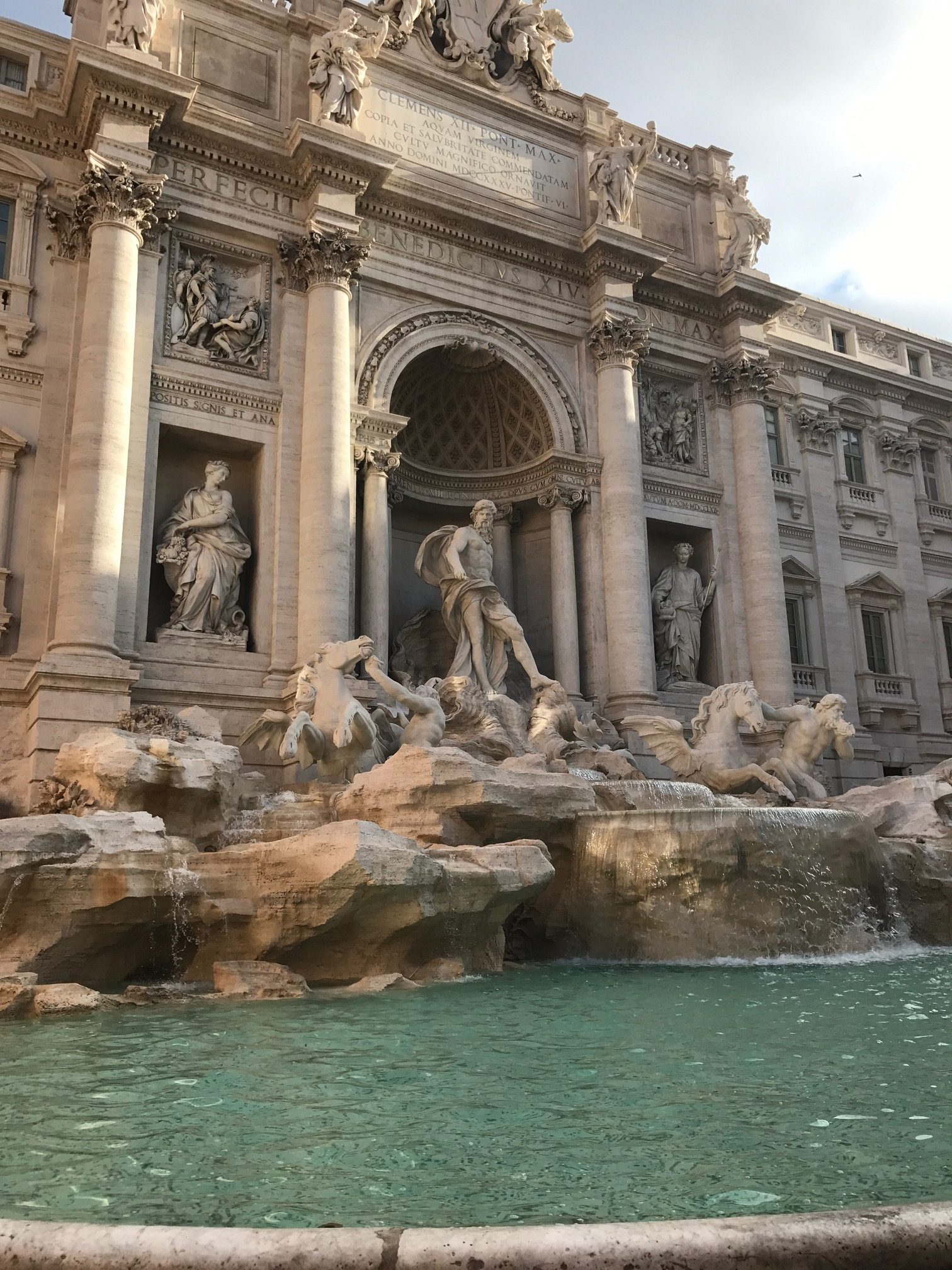 The Fontana Di Trevi is the largest Baroque fountain in the city of Rome and some say the most beautiful in the world. Legend holds that if you throw coins in the fountain you will always return to Rome. Maybe. Bobby won’t be going back. He was deep in thought. I knew he was thinking about Diddley and what she would think of us coming to Rome. I hope she would be proud of us. 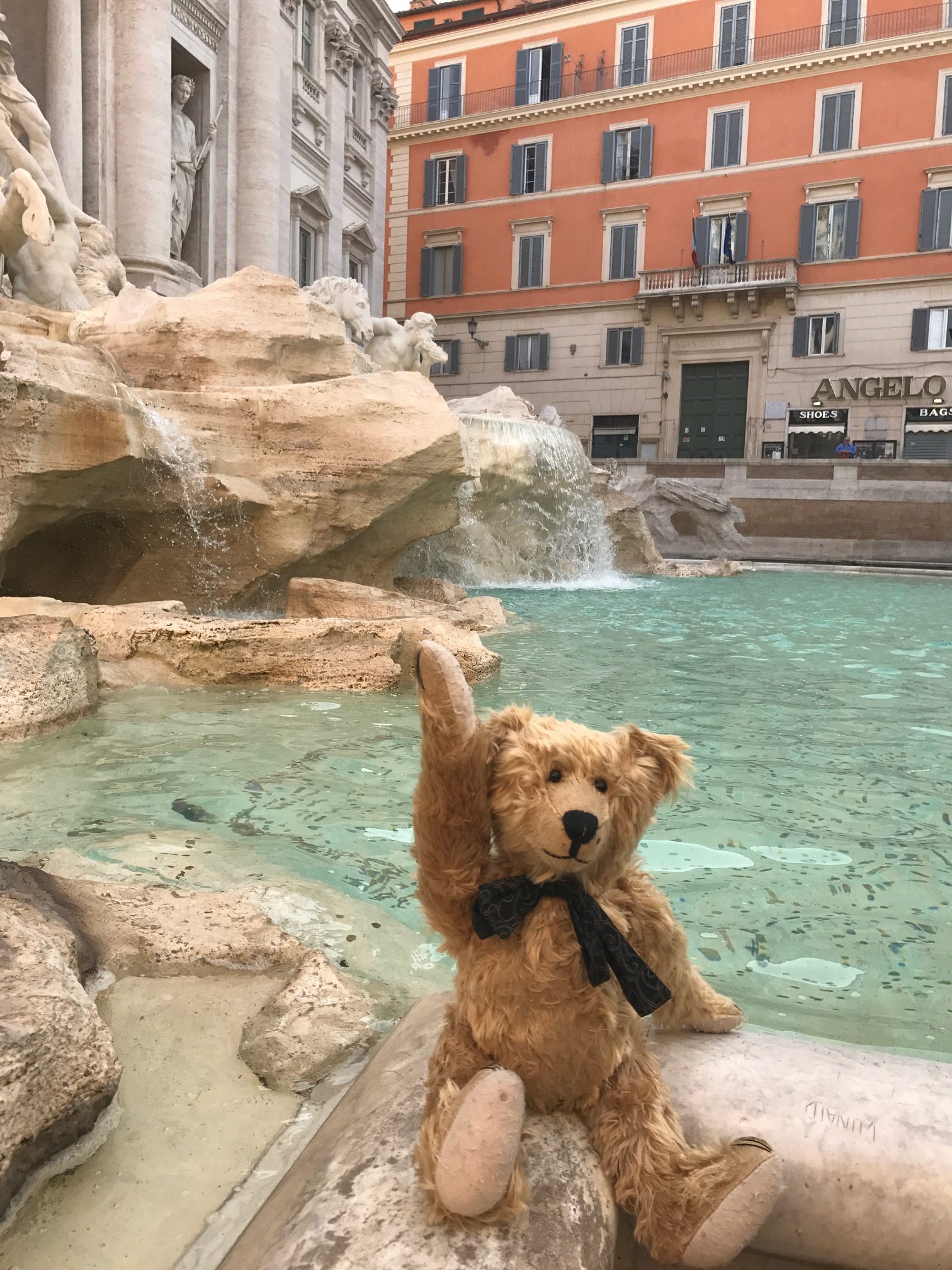 Trying some moves of my own!

The coins have, in the past, been subjected to nefarious activities, but nowadays are collected for charity. As you can see I chucked three in. Over my shoulder as in the film. But they were looking for love. I was wondering what Diddley would think if she could see us now. The movies played their part in securing its fame for the world to see. The most famous being… Three Coins in a Fountain and La Dolce Vita. 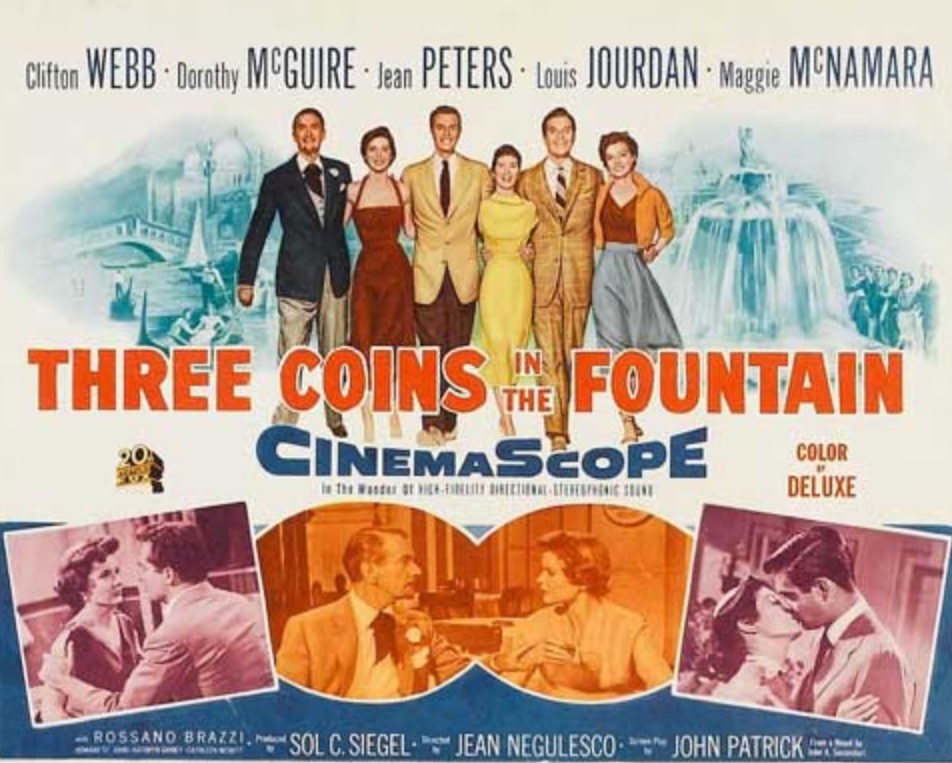 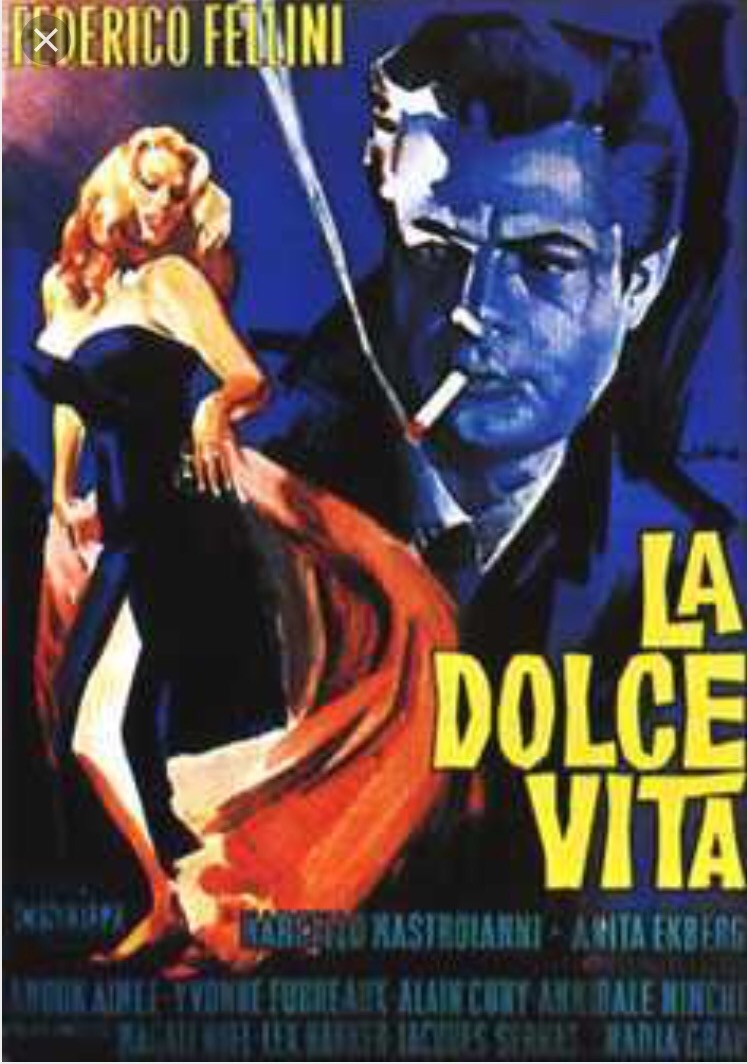 The famous fountain scene. Anita Ekberg. The sex goddess of her age with the gravity defying bosom. That made her name for life. She lived and finally died in Rome at 83 in 2015.

Jumping in the fountain now is not recommended. It will cost you 200 Euros if you are caught!

Good luck Alexis. It’s was a pleasure meeting you and your mum.

As we left the fountain we passed Santa Maria in Via. A small church by Roman standards.

Bobby:… “If you had an email in your In box from Yukshinglau, you might be a little nervous opening it. But then find it was that lovely Chinese couple sitting behind you on the Sound of Music tour from Salzburg who took a shine to the mad BFG and his bear on the seat in front.

So the moral is if you want to get on get a bear. And now we have broken into China. The church is where Maria married Captain Von Trapp. If you ever go to Salzburg don’t be a snob. Do as we did and sing Do Ray Me with the English speaking countries of the world. The hills are alive…” 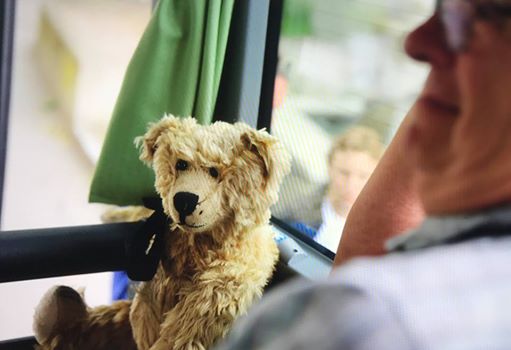 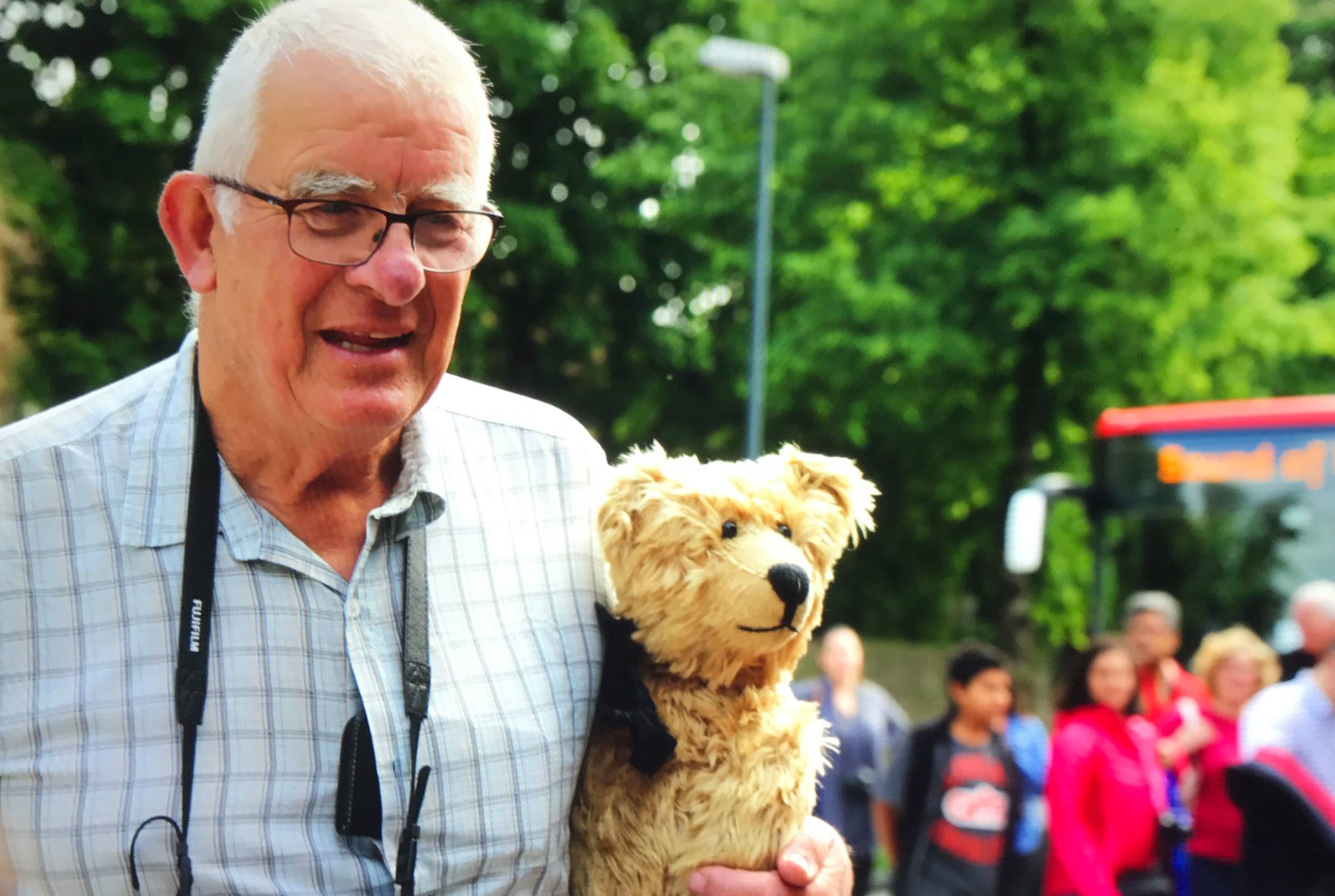 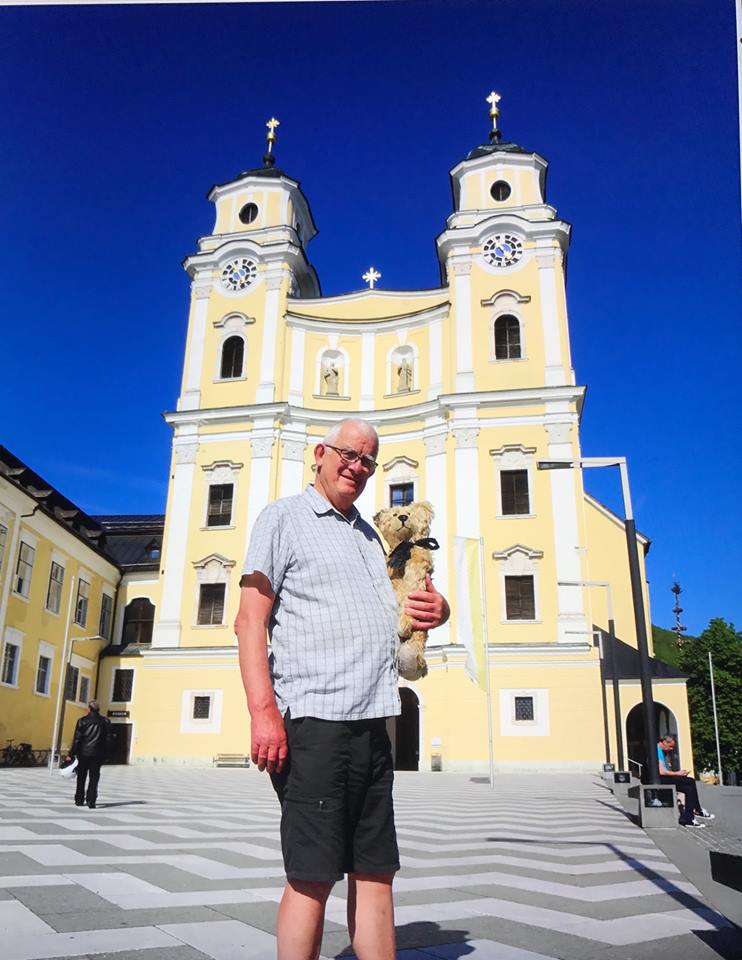 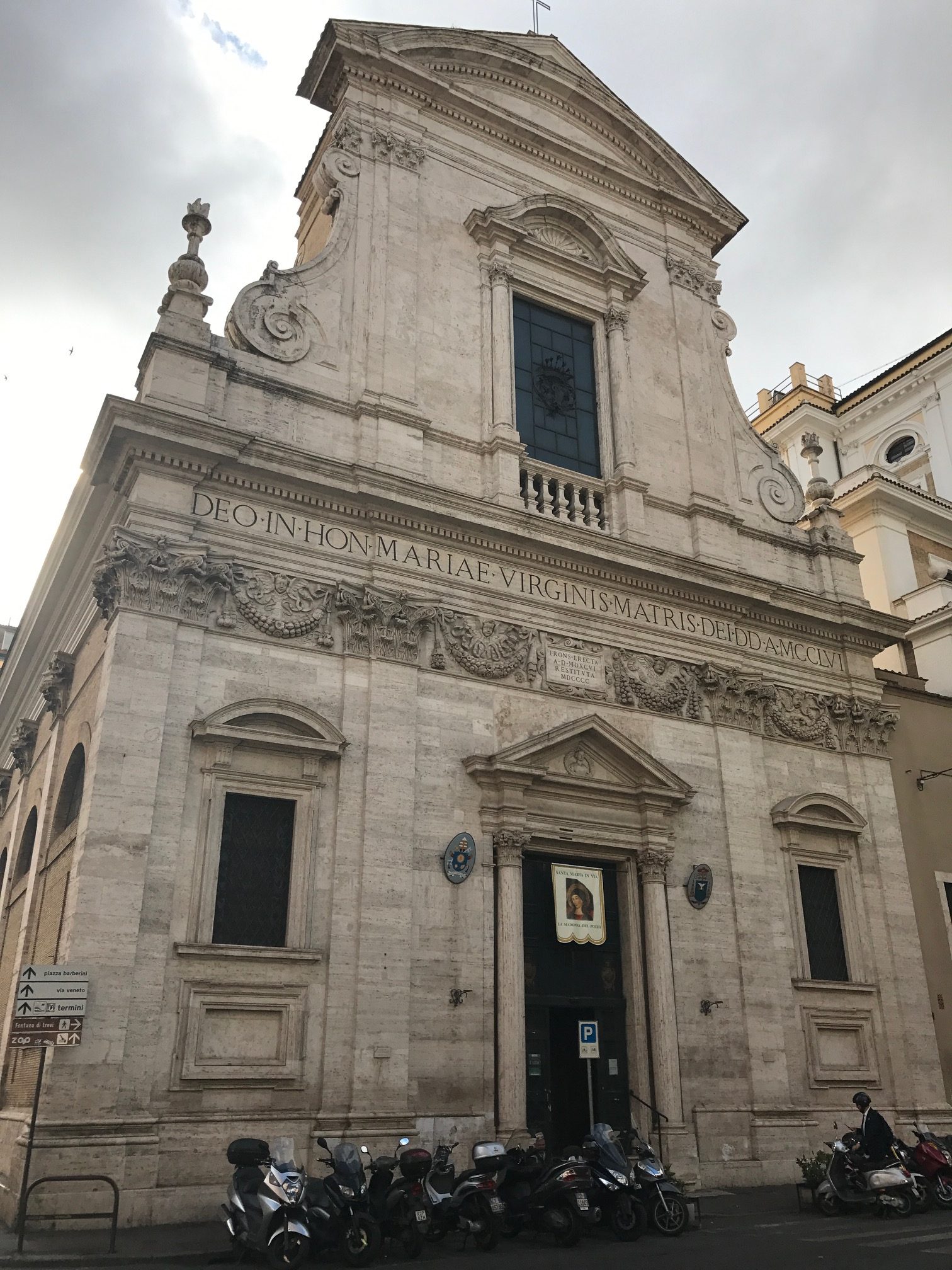 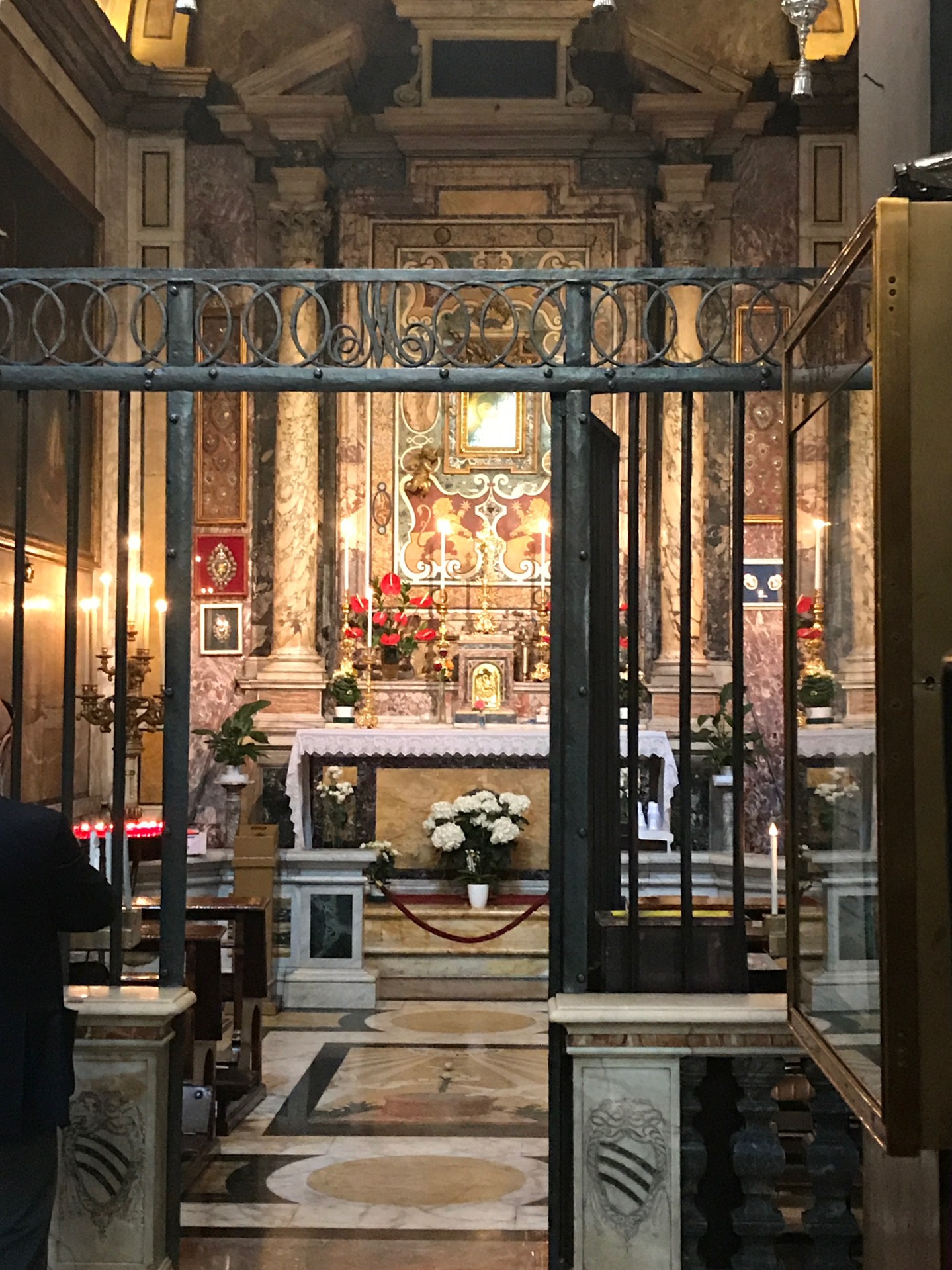 Bobby – Walking back through the streets of Rome for breakfast, we slipped into this church and lit a candle for Diddley.