Can You Hear Me Now?

There was a time when we rode on trains. Travelled to Farringdon on Thameslink. Looked out the window mindfully into people’s private lives. Compared how green some people’s lawns were. Wondered at the impressive history of Farringdon Station. Walked through Clerkenwell to Islington. 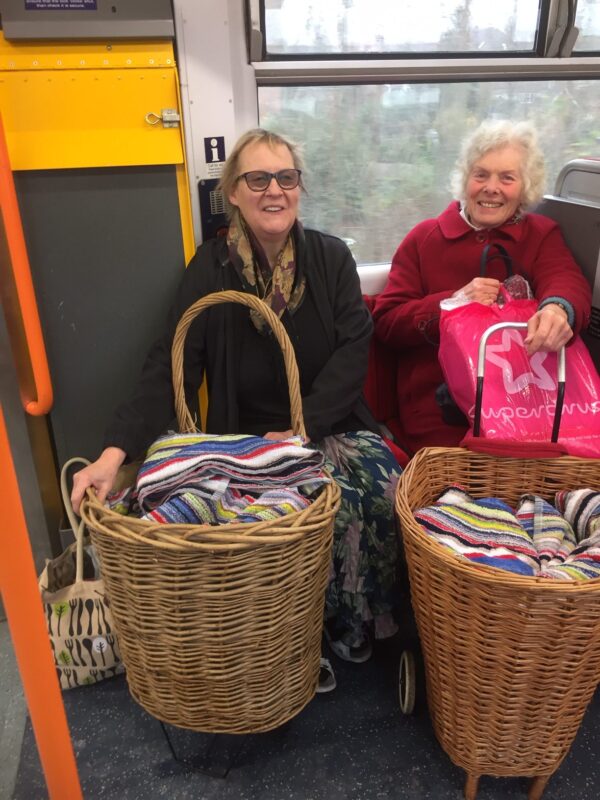 The Two Ladies on the Train. 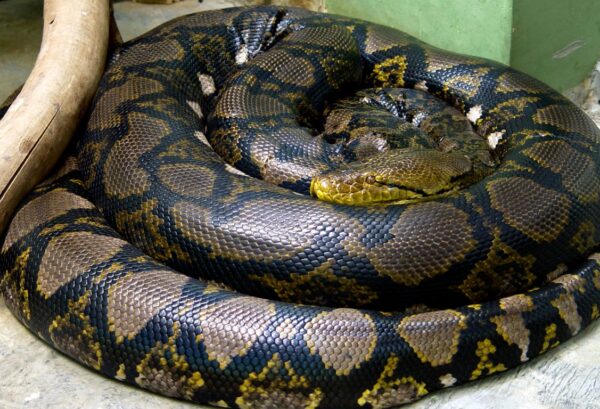 Sometimes we got on the top deck of a red double decker bus. Over Waterloo Bridge to see that iconic view of the City. Down Ludgate Hill into the City of London. On the way back we even got on the last Routemaster. 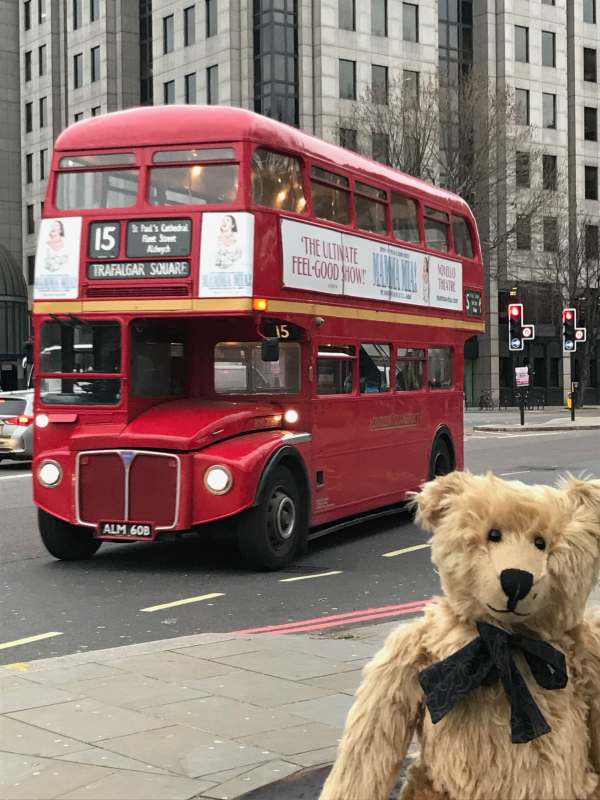 The Bus of the Future. 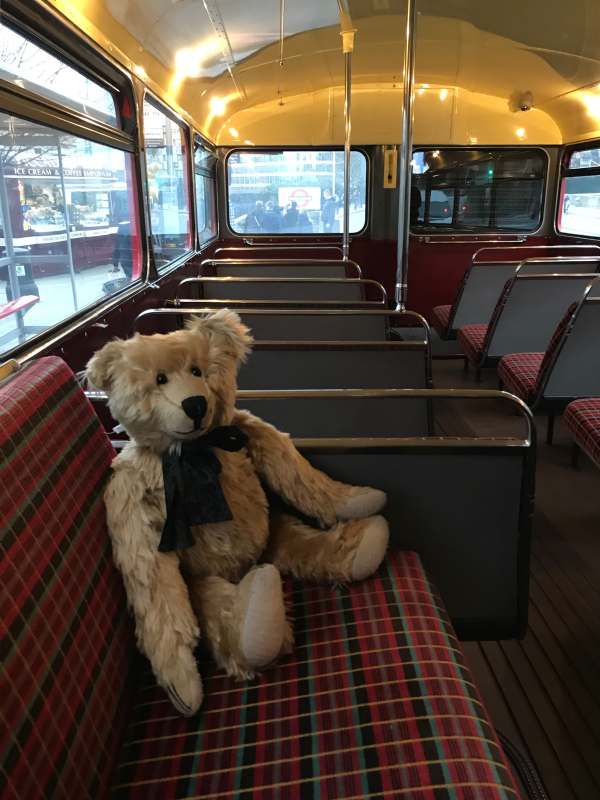 Oh how we miss the greatest city on earth. But all is not lost. We have been all over London. Islington, Chelsea, Southwark. We have been to Dorking, Alabama, Milwaukee, Florida, California, Catalonia, Paris. All in the comfort of our bedroom. We have been to countless Al-Anon meetings. People come to ours from other countries. We have practised mindfulness in groups on Zoom. We do Cardiac Rehab gym with the truly brilliant YMCA in our bedroom. We have even been to funerals. Zooming into a front room in Ireland. 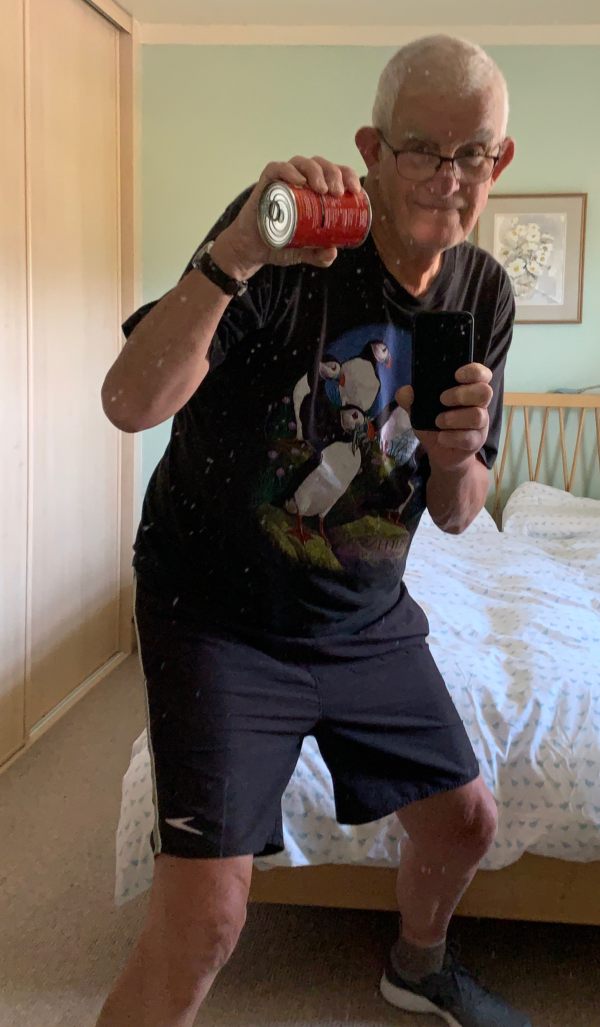 We are not extolling the virtues of Zoom over the true human experience of togetherness. Hugs and kisses will never be online. But it has helped some of us through this dramatic last year. And produced ingenuity and style into our homes. Ego and self righteousness. Playing up and playing down to the gallery. There are even professional opportunities to design people’s Zoom backdrops. What pictures? What books? What ornaments? What flowers?

All to create an impression or, more likely, an illusion of who or what you might be. Some can’t be bothered with all that and join in in bed. Dishevelled. Bleary eyed. Some turn their camera off because they look so awful. Others couldn’t care less about image. Turning up in their jim-jams. Breast feeding babies below screen level. Even bleedin’ driving and being reprimanded or chucked out for their stupidity.

The best Zoom for Bobby and others is al-fresco in the summer. Taking the dog for a walk. Seeing the trees. For three whole months Bobby attended a meeting in Islington al-fresco every single week. From a quiet corner of Wisley Gardens, or the Wildlife and Wetlands Trust at Arundel. Even sitting by the sea on a breakwater at East Preston.

Others still struggle with the technology itself. Or simply won’t entertain the idea that it is better than nothing. In many cases, like the gym, it is far better than nothing. So much so that, when the world returns to normal one day, there will be a need for the gym itself but, also a continuation of the online exercises. He would go to both given the chance.

Here at Mindfully Bertie we are fed up with people joining in at the very last second or more likely late. Hosts who only log on dead on time leaving anxious people worrying if they have pressed the wrong button.

But, ultimately, it’s all hilarious…

“I say. That’s a beautiful picture behind you of a rose. Did you paint it?”

“Yes, but it’s an illusion. Look either side when I move my screen. I actually live in a tip!”

The lady “celebrity” with the unfortunate toy left on her bookshelf that became an Internet hit. Or was it a cheap ploy for a little more minor celebratory publicity?

One thing is certain. While it’s death and destruction in the High Street, the Americans have once again swamped us with technology. Zoom is the word, just as Grease was in 1976. But ultimately we must turn to our resident artist Kate for the ultimate in Zoom experience.

What you can do when you are muted. You can nip out. Make a cup of tea. Munch crisps. Play on your mobile phone while listening. You can even be naked below screen level. Let the air flow where it doesn’t usually. In extremis, you could sit on a commode. Do you remember Police Academy? (Don’t go there Bertie!) Or, you can do as Kate, our resident artist, apparently does… 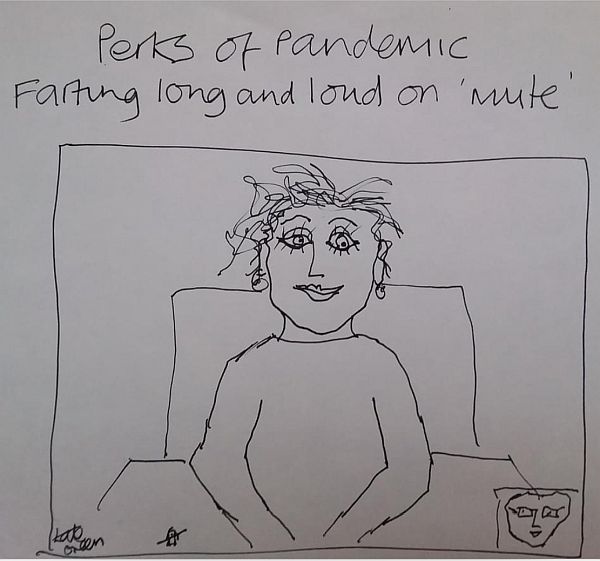 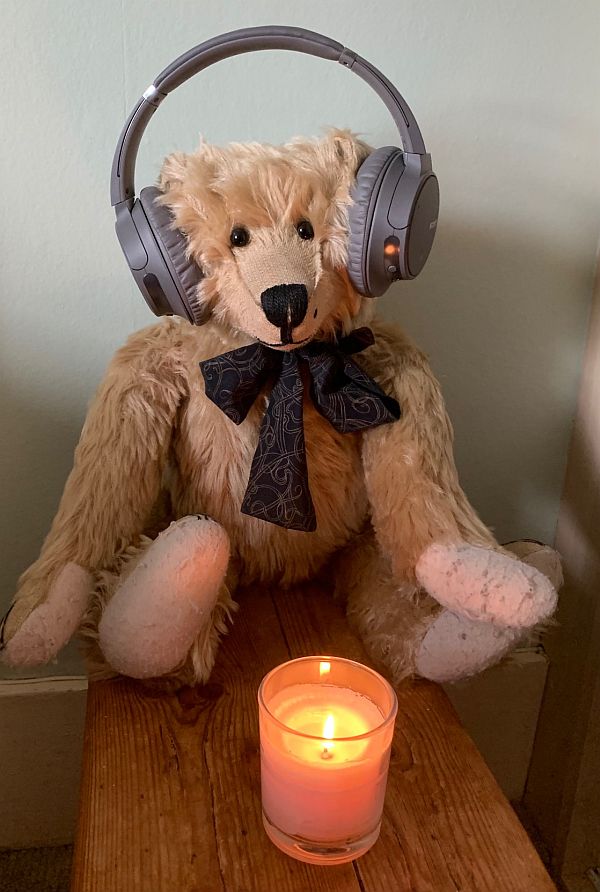