Can it Kill You? 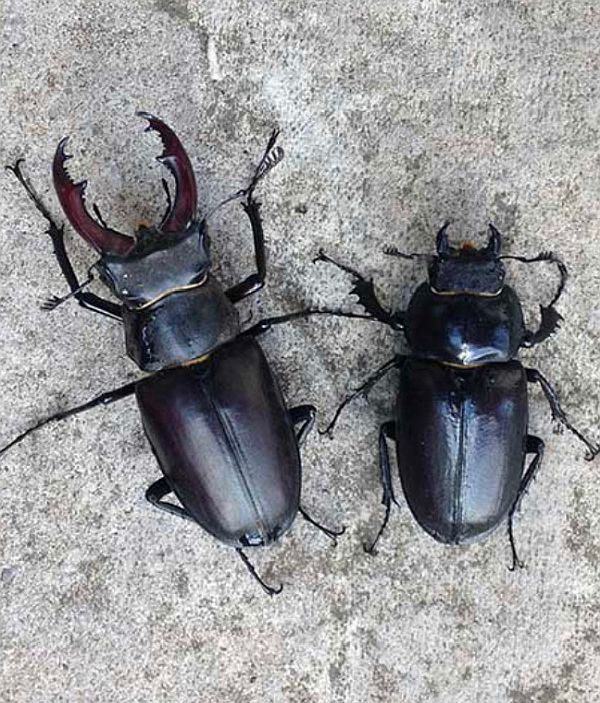 “Can it kill you?” asked granddaughter Daisy.

“Totally harmless, Daisy.” said grandad Bobby. “I picked it up and put it in the undergrowth to stop it being trodden on. It’s a BFG. Like me!”

Bobby had sent Daisy these pictures of a Stag Beetle he had found on a path near Dorking station. These days he is more observant due to walking much slower with a stick. Fearful of tripping, he sees things he might have missed a few years ago. Or even trodden on.

Last week, a tiny curved ‘string’ turned out to be a baby Slow Worm. That slithered into the undergrowth when encouraged with a little prod. Cold bloodied creatures like the warmth of asphalt on a sunny day. 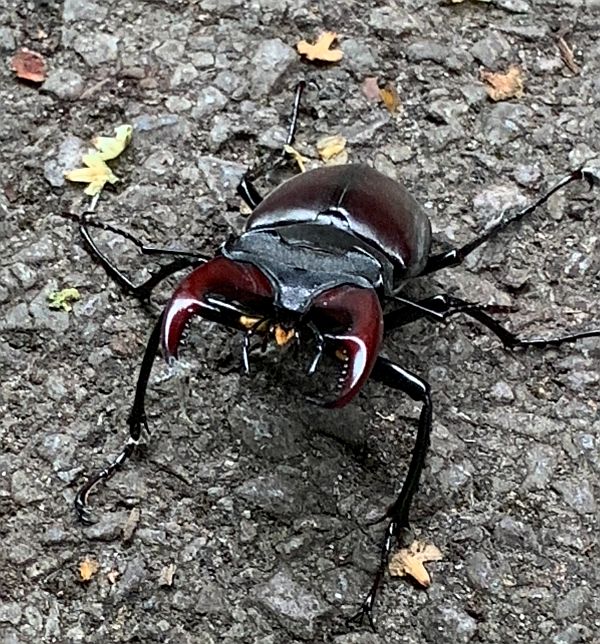 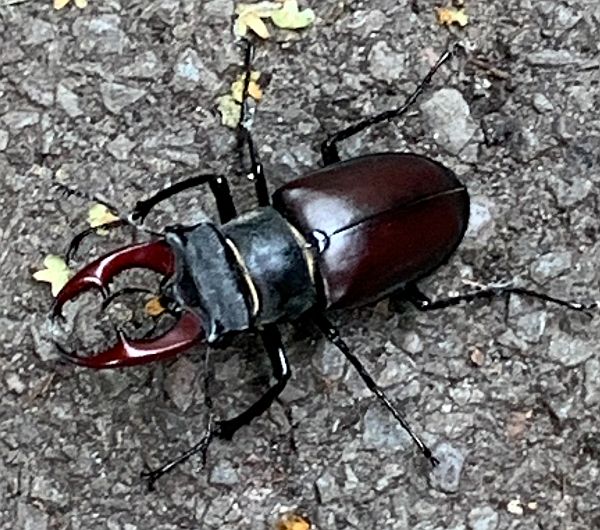 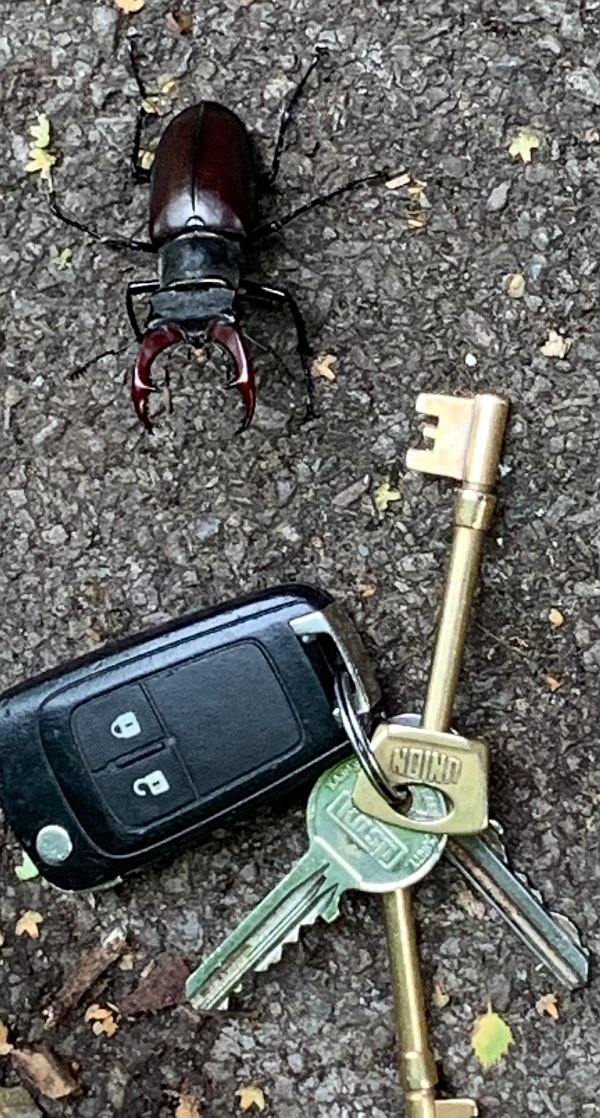 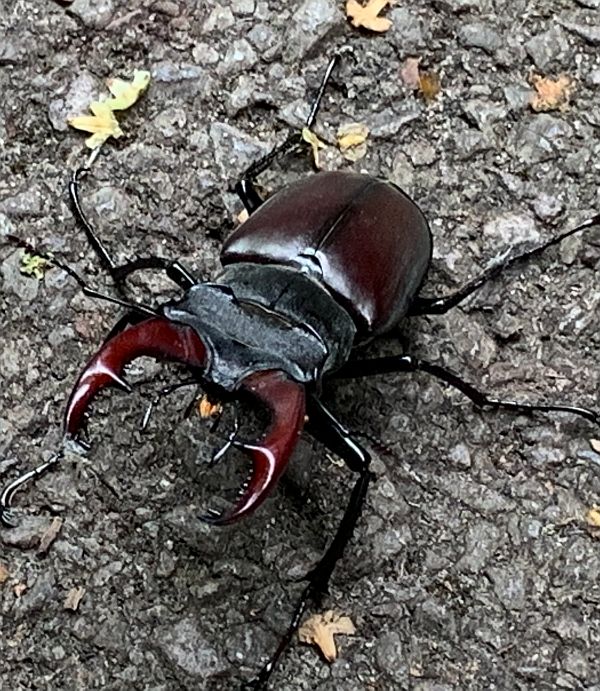 It’s not surprising that Daisy wondered about the biggest beetle in Britain. The male does look a little fearsome. But then our friend Janis in Arizona concluded that every living creature out there is considered to be potentially lethal.

The sad thing is that fear can lead to harmless creatures being killed. Slow Worms in particular can suffer this fate because they look like a snake, rather than the harmless legless lizard they actually are.

Bobby was excited to see that male Stag Beetle. He hadn’t seen one for years, and was aware of their decline. So he checked the internet on the train to London and found the People’s Trust for Endangered Species. Here is their website entry for Stag Beetles. 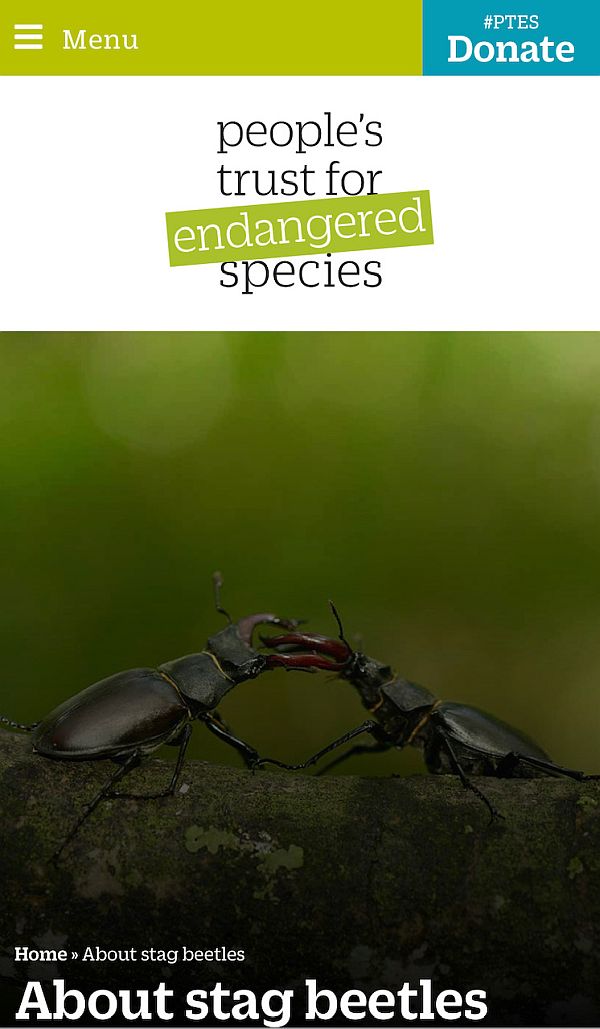 He reported the siting, right down to the position on the footpath where he had seen it.

So to summarise. Stag Beetles spend most of their lives underground. First as an egg. Then as a larvae, that only eats decaying wood. Three to five years at this stage.

Once fully grown, the enormous larvae build a large cocoon where they pupate to finally emerge as an adult. They emerge in the warmth of early summer, when the males only interest is to find a female. She is smaller, without the intimidating mandibles. He wears them with pride to attract a female and fight other males.

At this stage he can fly which, can be a shock if one comes your way flying in a vertical pose. When he finds the lady of his dreams, they mate and she finds a supply of rotting wood to lay her eggs in. 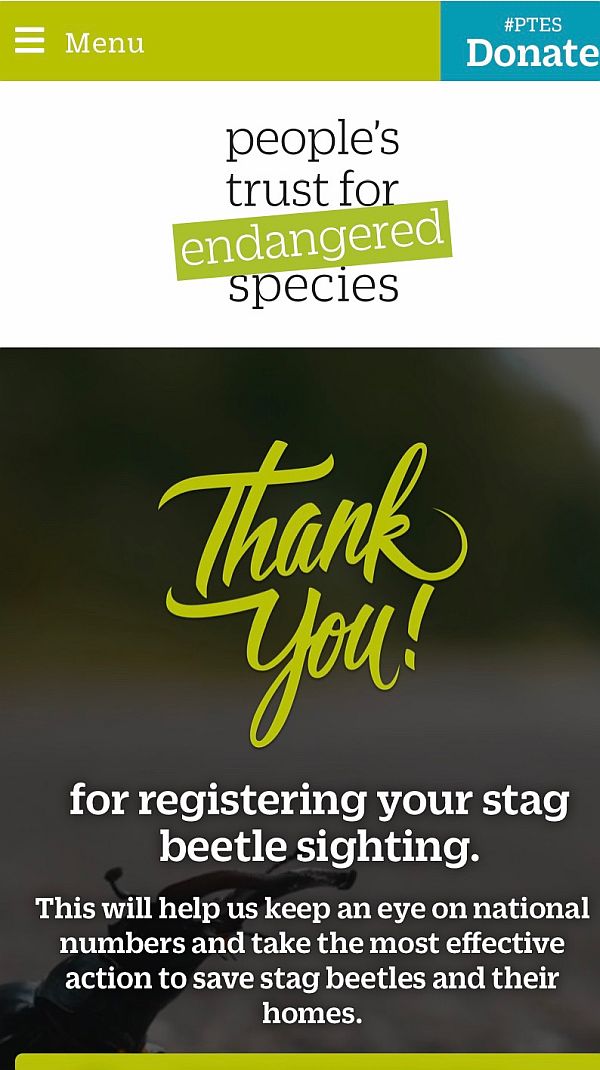 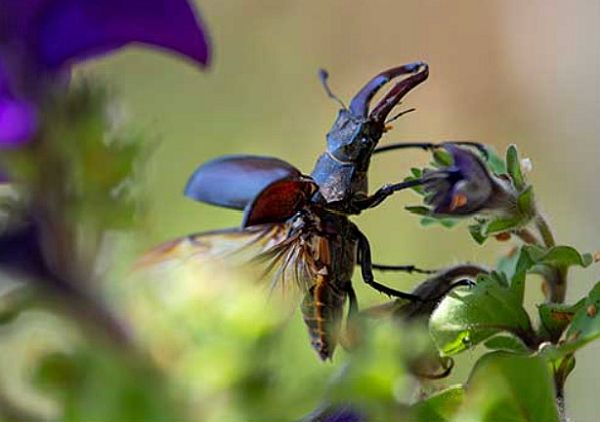 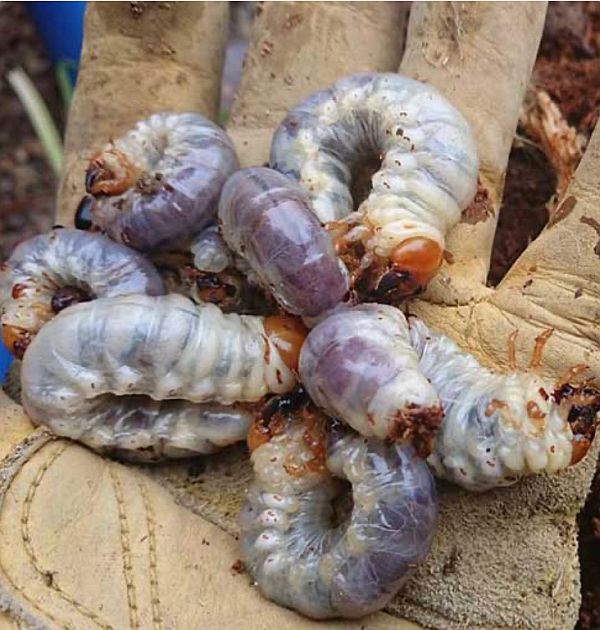 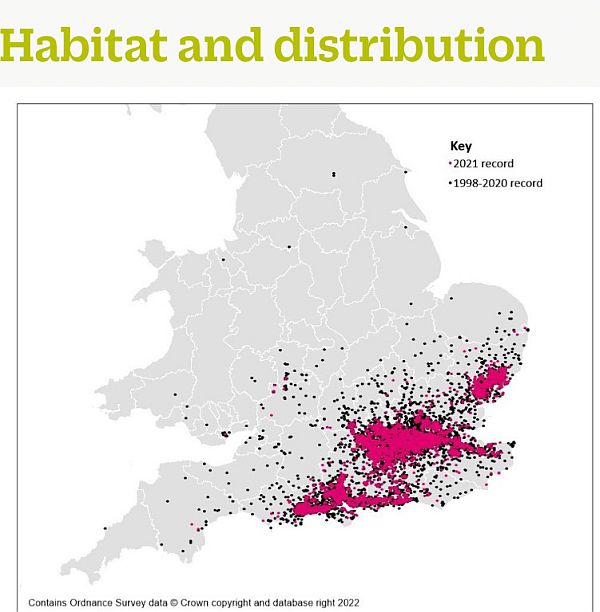 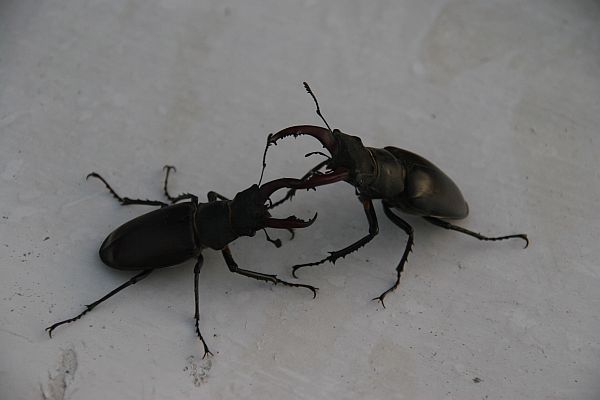 One day in 2006, we were at Pin Mill in Suffolk and watched two male Stag Beetles fighting on top of an upturned boat. It was all over in no time when one retreated. The interesting thing is the beetle’s feet. They are like miniature grappling hooks.

I Don’t Believe It…

Back in Bobby’s youth, it seemed that everybody smoked. Especially at the office. He, being a teenage, total twot smoked a Peterson pipe of Sherlock Holmes fame. One day, at the office, he went out walking lunchtime and found a male stag beetle. Emptying a matchbox, he put it in it to take back to show people before returning it to where he had found it.

A young girl popped by and said “Got a light Bob?” and took the box. Opened it, and ran out of the office screaming. The beetle was OK, and taken back to where it had been found.

So… follow the example of the National Trust and other countryside management organisations. Or even take the grandchildren on a bug hunt. Don’t be too tidy if you have room for rotting logs. It’s amazing what you might find when you turn a rotting log over or pull back the bark. 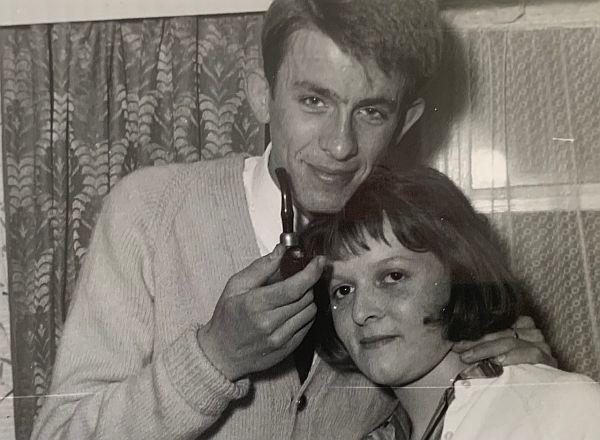 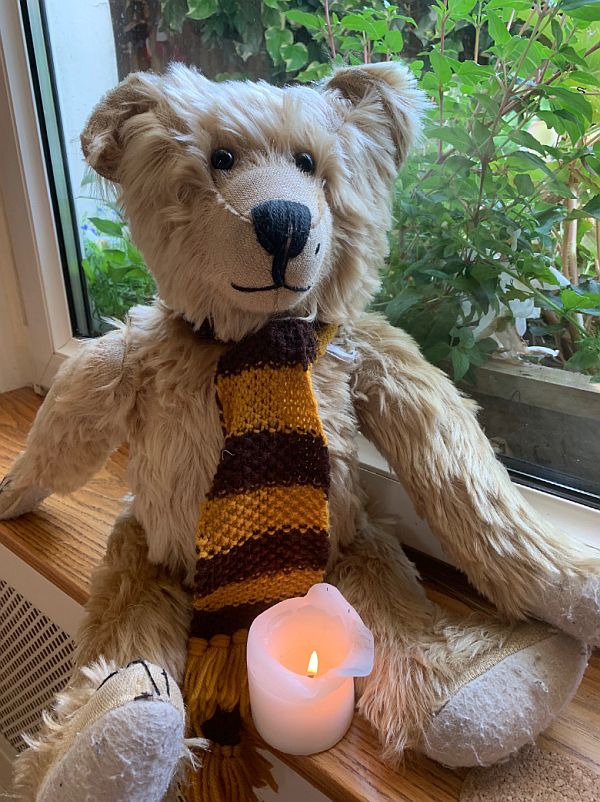