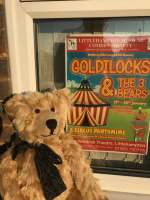 Goldilocks and the Three Bears. 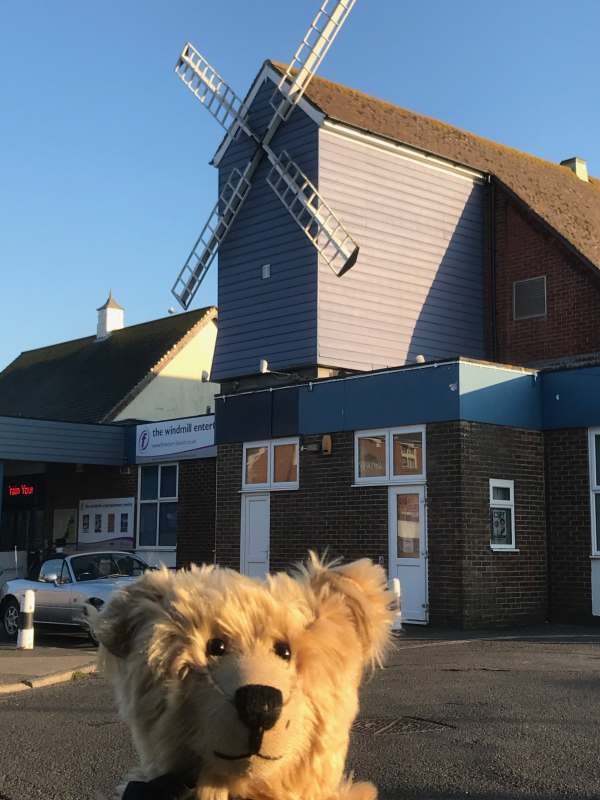 “Bobby! When there are shows on down by the seaside, can I always come?”

So said young Kyla, who had clearly enjoyed her afternoon at Littlehampton’s friendly Windmill Theatre. The shows are the ones that Bobby’s daughter-in-law, Marie, together with her daughters Giselle and Daisy-Mae, appear in. Pantomimes, reviews, dance beat shows. They epitomise the world of enthusiastic amateur theatre. A world of fun, companionship, community and a lot of hard work to put on the productions they do. Amateur they may be, but highly professional in the quality of their productions. The costumes, the sets but, most of all, the sheer joy of belonging to a company is there for all to see.

So here we are on a glorious sunny day, back at the Windmill Theatre. To see a production of Goldilocks and the Three Bears. A circus pantomime. Performed by the Littlehampton Musical Comedy Society (LMCS). 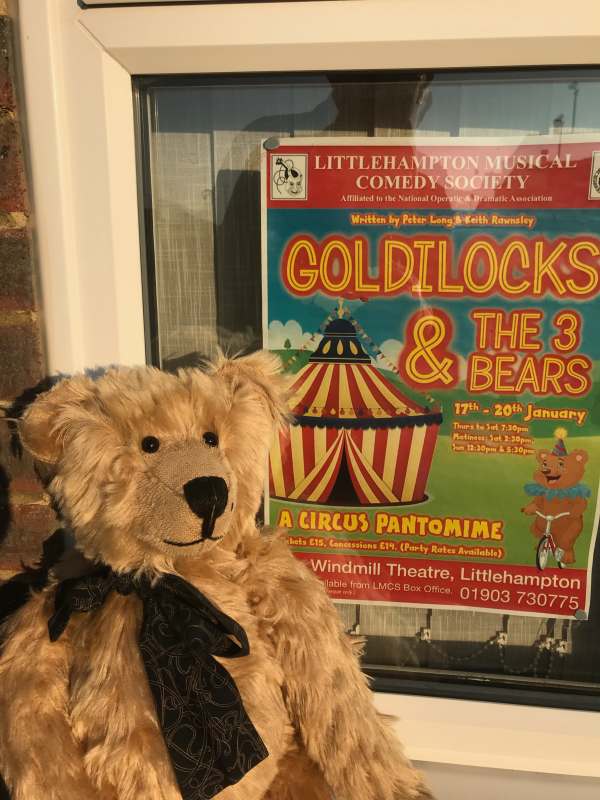 Waiting to go in…

Marie had clearly told the cast that a very famous bear would be attending the 12.30pm performance. Who? Me, of course! The theatre is cosy, warm and friendly. About 250 seats make it so. This Goldilocks and her Three Bears was also deeply entwined with Barnum and a bit of Greatest Showman to make it a novel “circus pantomime”. Even a pretend circus box office, to show off the two glamorous usherettes. 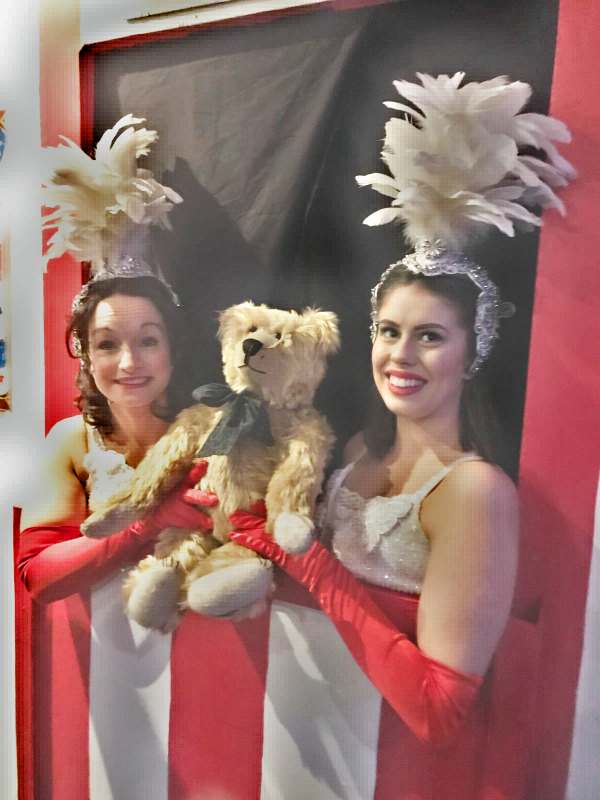 You’re nice! So are you! 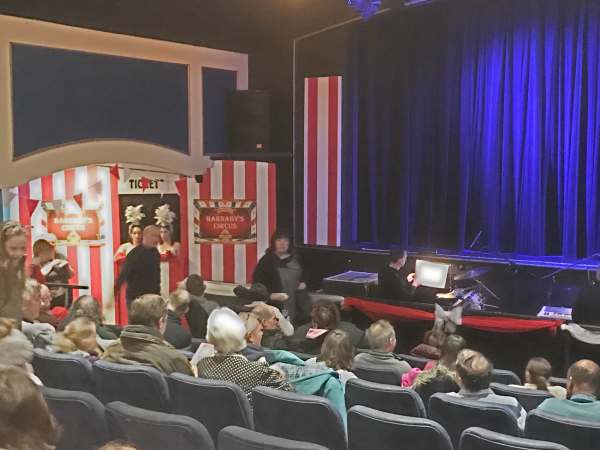 “You must be Bertie! Marie told the cast you would be here and you are invited backstage for the whole show.”

What could I say? So, while Kyla and Bobby watched the show, I was being adored by all those ladies. And here are some of them… 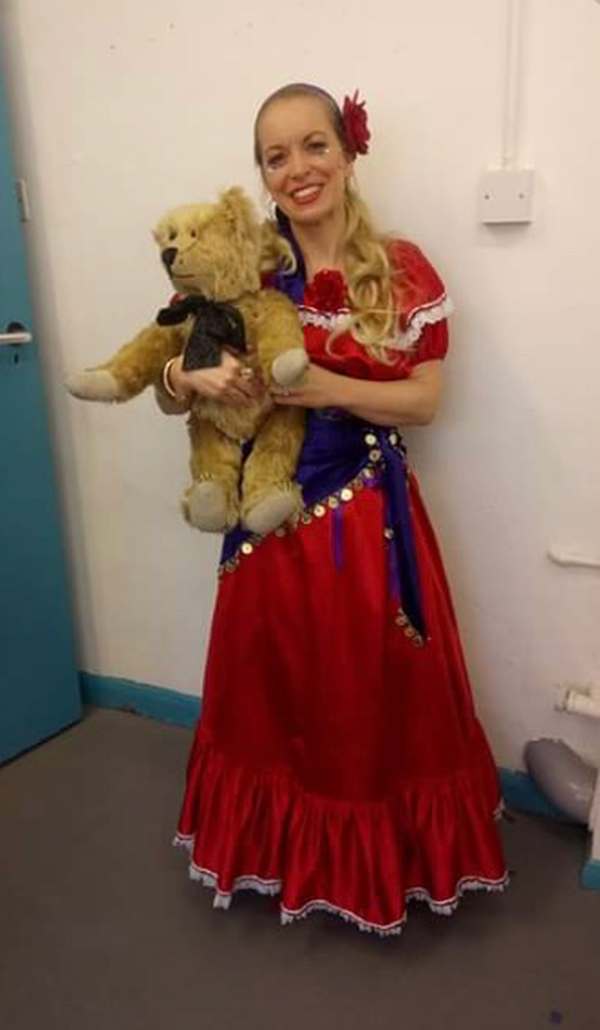 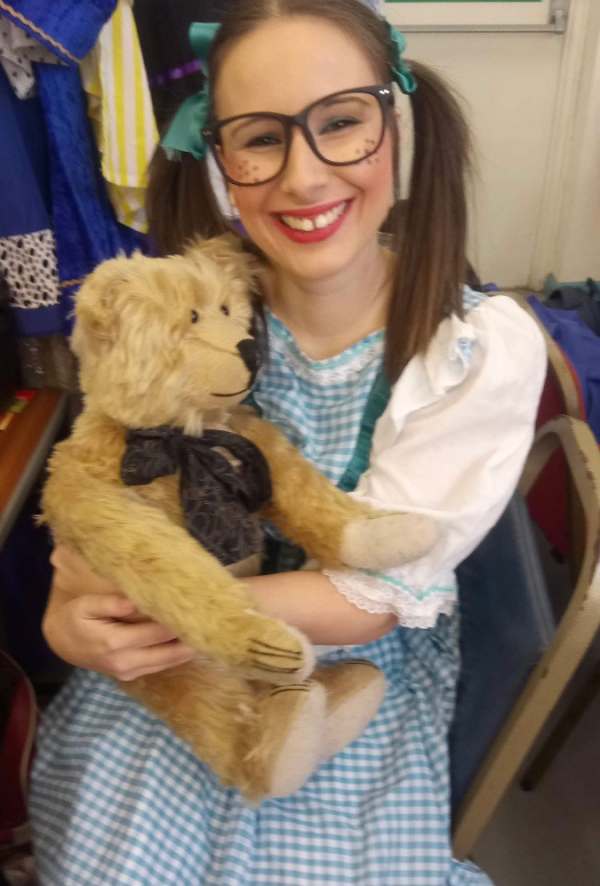 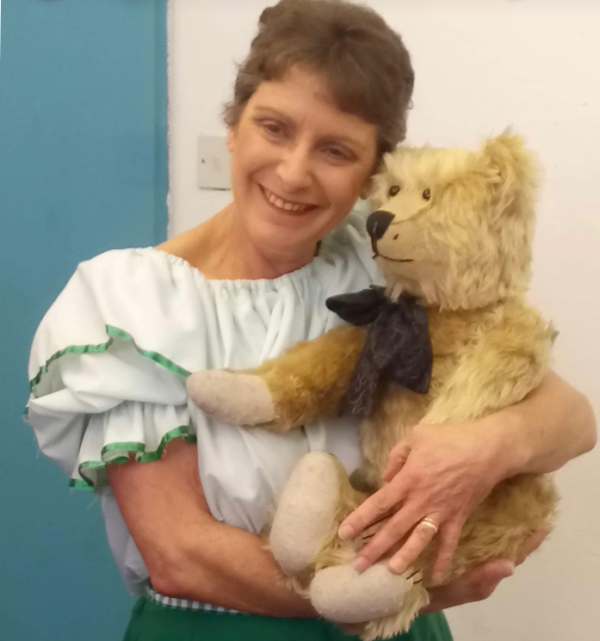 A lovely lady from the chorus. 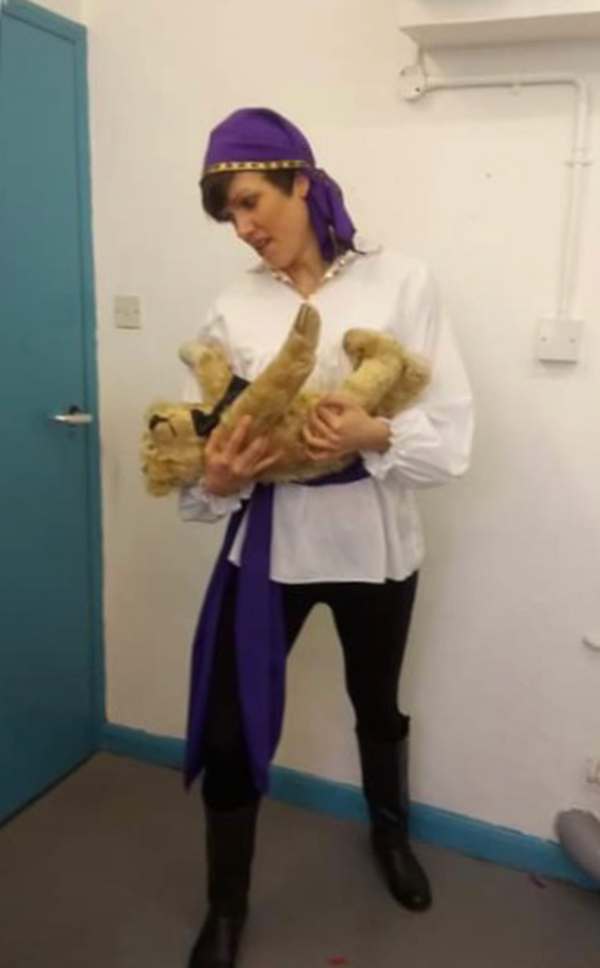 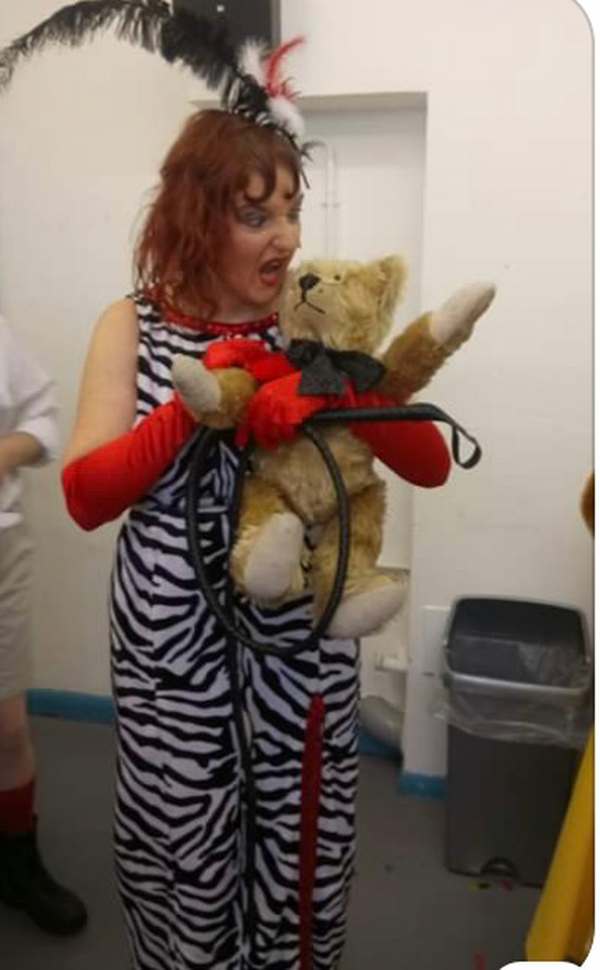 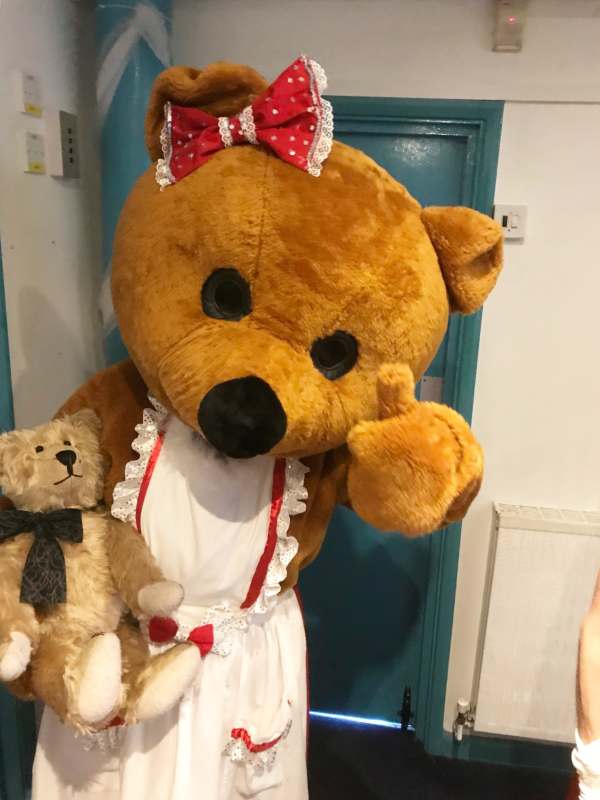 What fun it all was. It’s always a packed house. The families of those performing turn up en bloc. The locals and, on the day we were there, a group of special needs adults for whom such theatre is a wonderful treat.

“Let’s have a singsong and see which half of the theatre can sing the loudest!”

It was all there for maximum audience participation. And, of course, having your own family performing really is the icing on the cake. Or, rather, the icing came at the very end when I came on stage for the final curtain call with Mother Bear. I could hear Kyla shouting…

“BERTIE IS ON THE STAGE”

And Bobby admitted to me that much as he had enjoyed taking the family to see School of Rock in London’s West End at Christmas, he had actually enjoyed Goldilocks more.

The curtain came down with rapturous applause. Some of the cast had come to say cheerio to the audience and have their pictures taken. 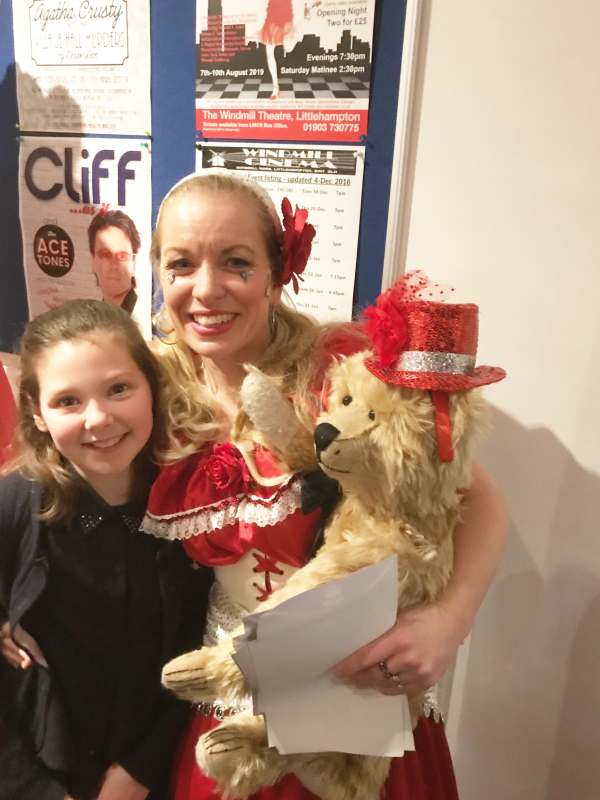 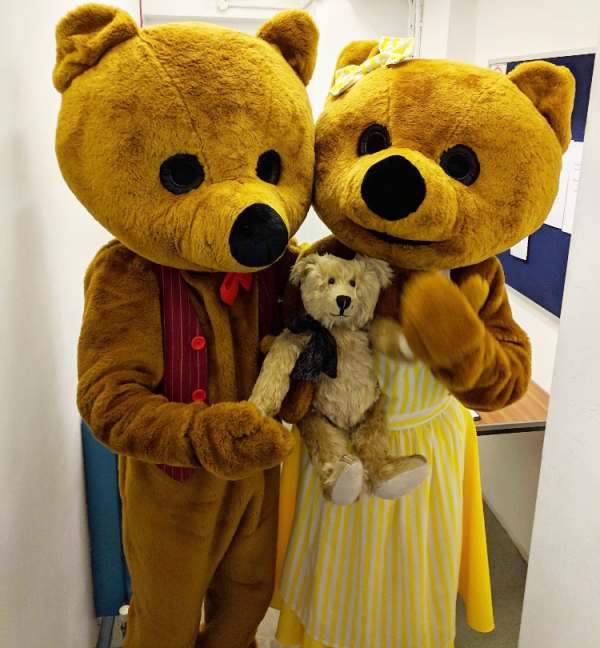 There are lots of children in these productions. Really talented, too. A great outlet for their energy – and who knows where the experience will take them. I am sure that many West End professionals started their journey in amateur theatre. But, of course, you cannot take pictures and so Baby Bear is saved for your imagination. 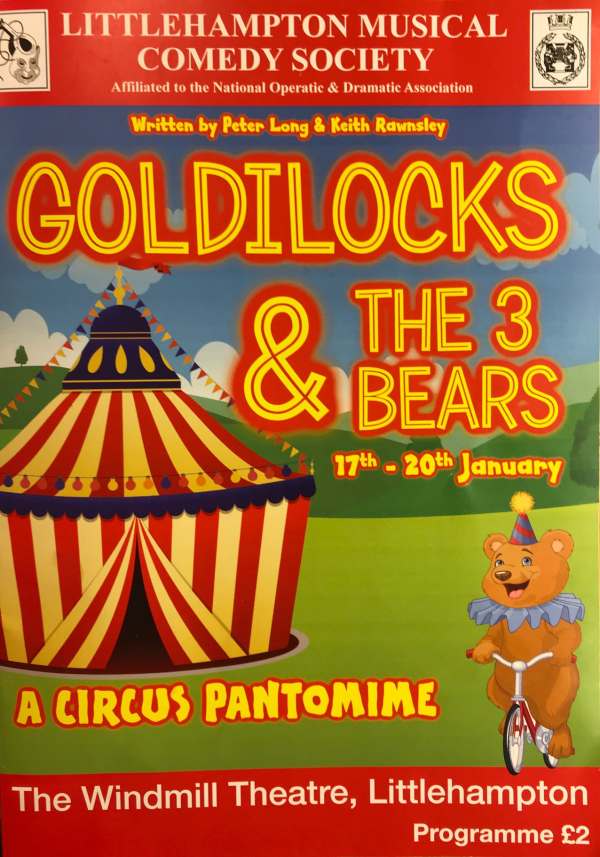 And, finally, here is the programme. Just £2. Show that to Drury Lane!

Inside you will see that the LMCS has been putting on productions every year since 1952: 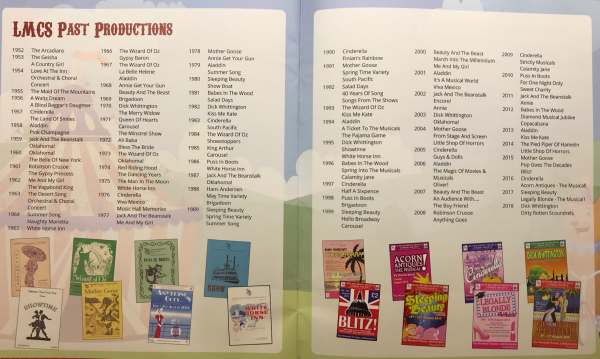 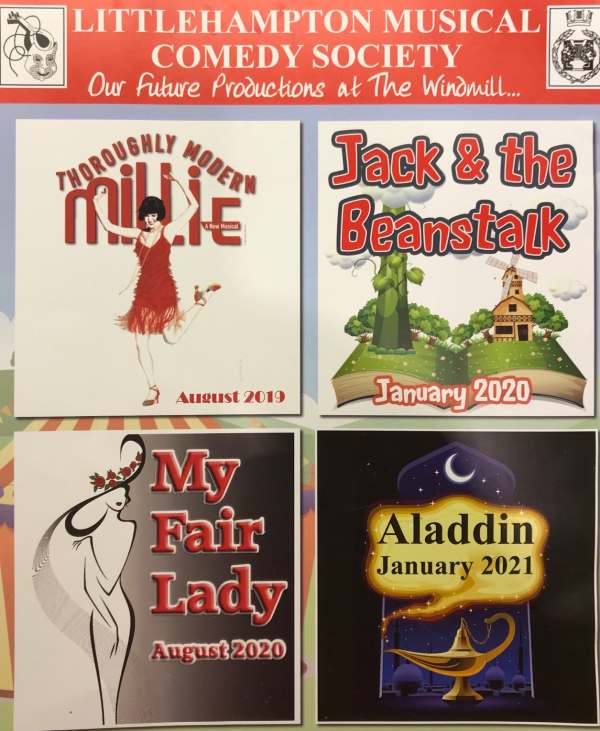 So Goldilocks is done and dusted, much to the enjoyment of everyone. Whichever side of the stage you were on. And now it is on to the next one. And the one after that… Can’t wait! 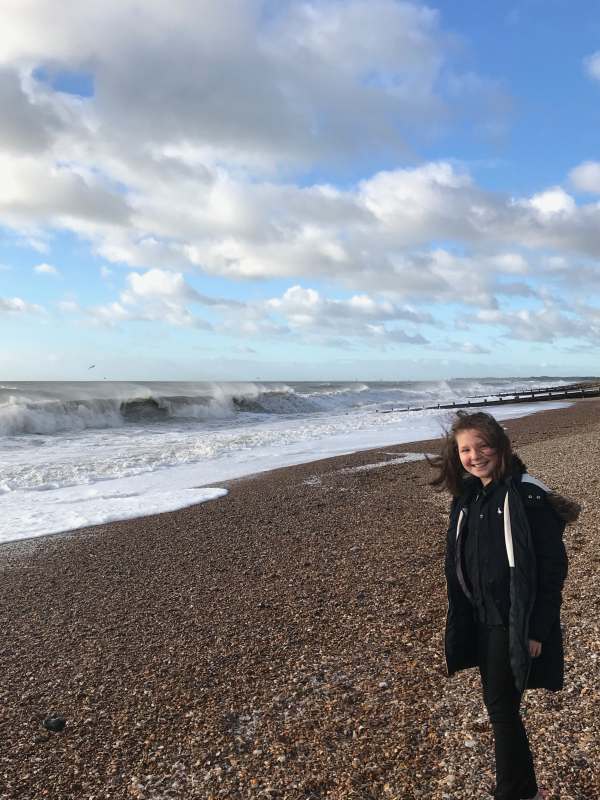 Not forgetting that Littlehampton is a lovely seaside resort, with a theatre to be proud of. As Kyla said “Can I come to all the shows by the seaside?” … “Of course you can. It’s a pleasure to have your company.” 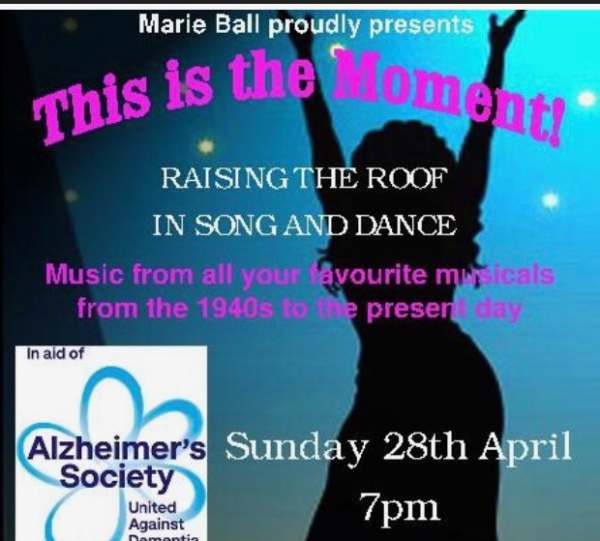 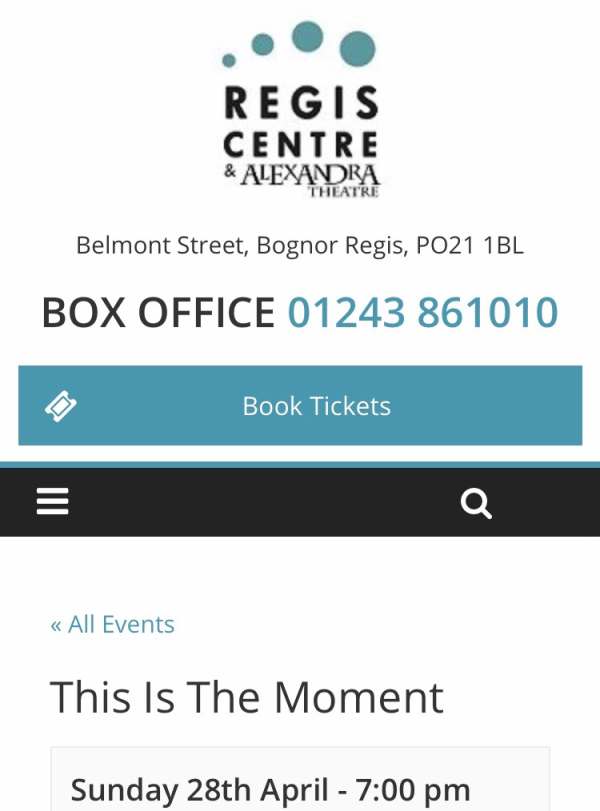 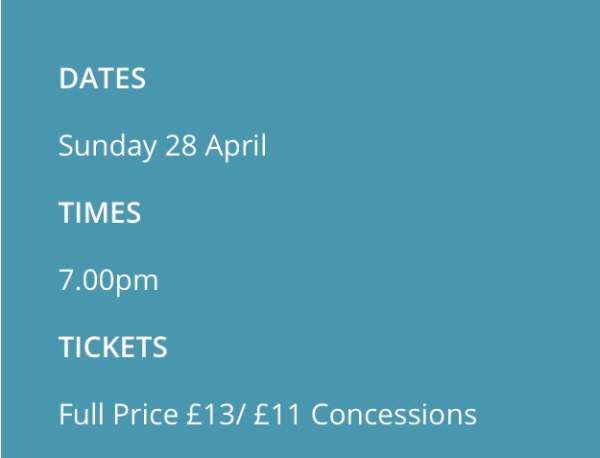 For the full story about “This is the Moment”, click here to see the article in the Bognor Observer.

Spring is sprung here at Laurel cottage. And at Waitrose. It was Diddley’s favourite time of year and she loved to buy tulips and daffodils every time she went shopping.