Lost in a Dream

Lost in a Dream.

It’s the morning after New Year’s Eve. Bobby is sitting bolt upright in bed. He has had a shocking dream. 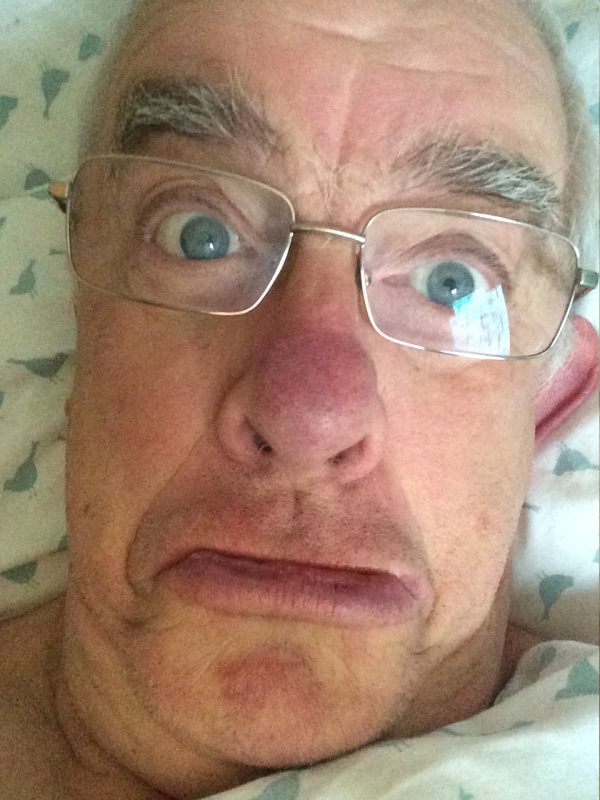 It wasn’t a nightmare, because most of it seemed OK. Just the end when he woke up. So, he had a cup of hot orange and a hot cross bun and went back to bed and dreamt a bit more. Finally waking up and frantically typing out The Dream on his phone, so that he could save me. But how? Well he has just been declared “local author of the month” at Reigate and Banstead Writes group and now thinks he is bleedin Charles Dickens. Fame at last… quite forgetting who actually writes the stories and he can only rescue me awake. In a story. Awake!

They were walking across a field with me, Diddley and him, when they came to the entrance to a tunnel, dropping gradually underground. A curved sided tunnel like the Underground. Except the walls were covered in vegetation and were wet and slimy. Bobby said to Diddley. “We are going back”, but she went on and disappeared round a bend. He rushed after her. The floor was loose stones that crunched under his feet, as on and on he rushed to find her standing in a bigger tunnel like an Underground station. There were more tunnels leading off but no rails; just crunchy stones and no entrance or exit for imaginary trains. She went down one into another bigger one just like a station again where there were lots of people filming a Korean Wedding. It wasn’t real. They said it was just a film to look like a wedding. 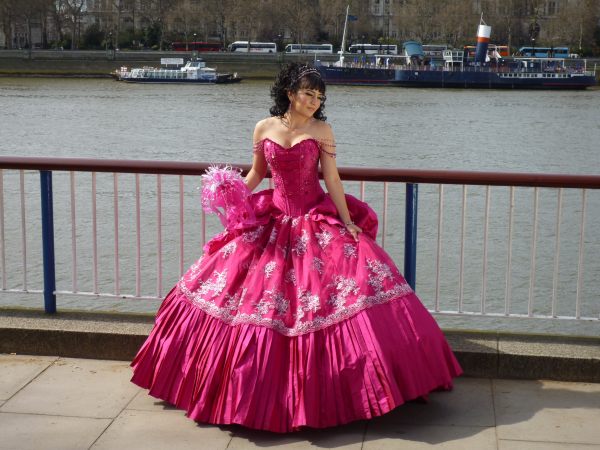 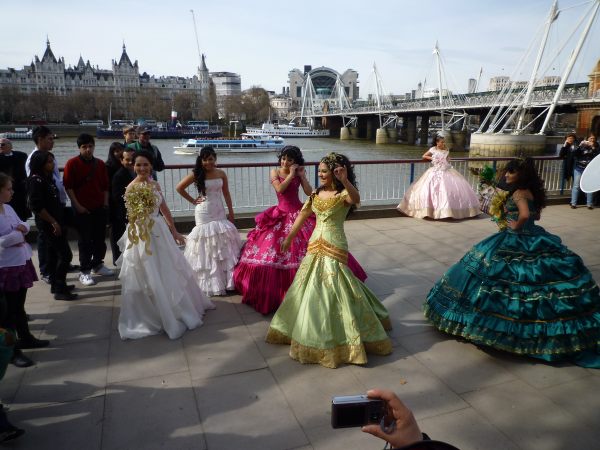 Although the pictures are clearly not a Korean wedding, they were the images that came to mind in the dream.

They went down another tunnel to another station-like structure that was a hospital. Bobby was admitted. I was in the bed next to him having my blood pressure taken, surrounded by admiring nurses. 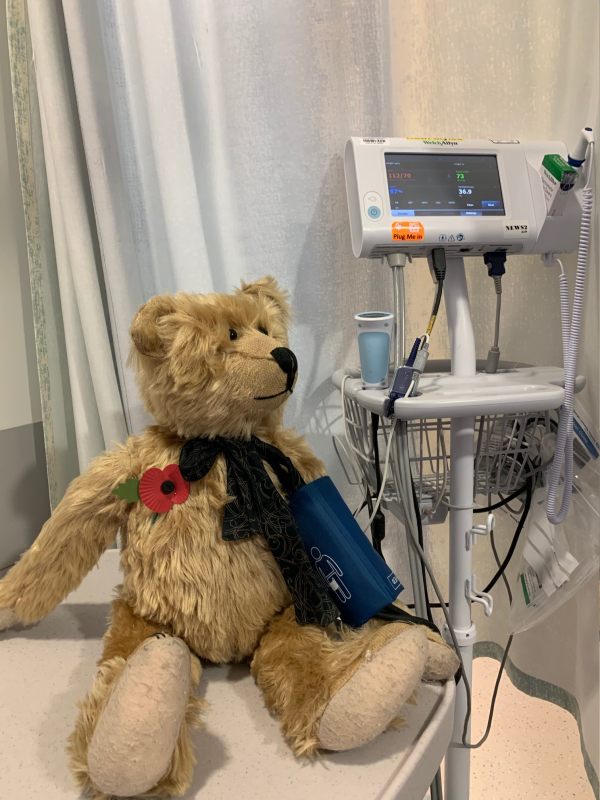 They told him it was only tests. Diddley had disappeared. We looked down other tunnels, but there was no sign of her. 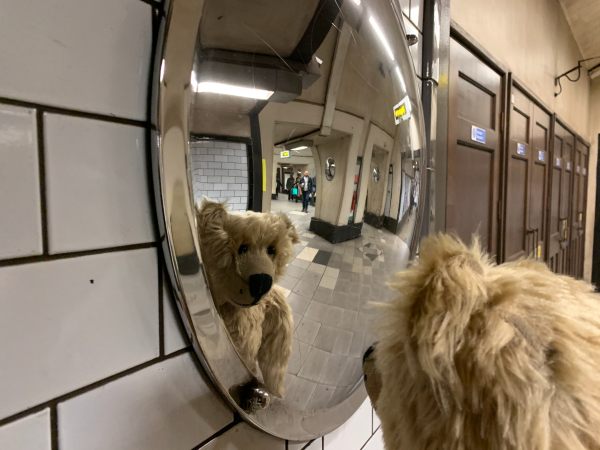 He lay back in his dream and went to sleep, waking up in the dream lying in bed next to Diddley. It was nice, but she didn’t wake up. Then he remembered he had left me in the underground hospital. And woke up completely.

I was lost in a dream. He rushed downstairs to make sure I was there and found me in my new Sutton United hat. They had won and Bobby had bought me a hat to celebrate. 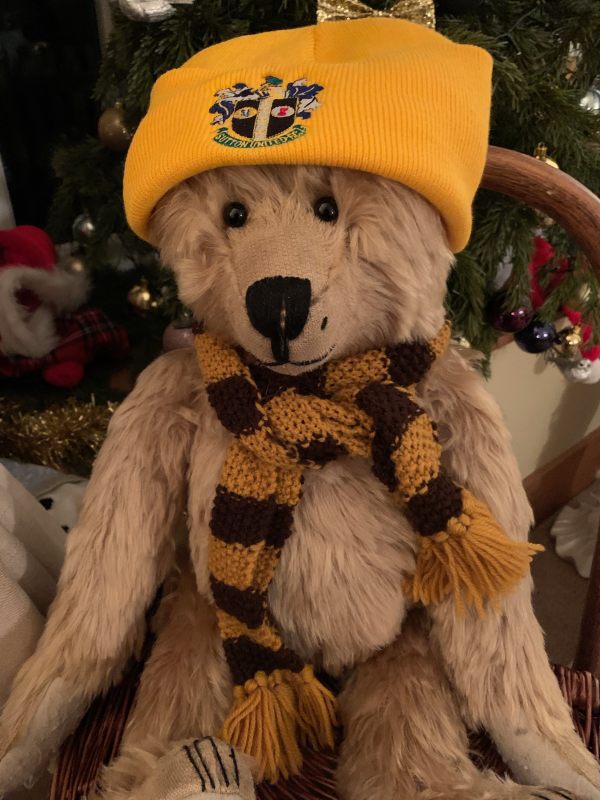 And so he went back to bed and dreamt again. He and Diddley were in a park-like setting, walking across cultured grass. The Koreans were getting married again. 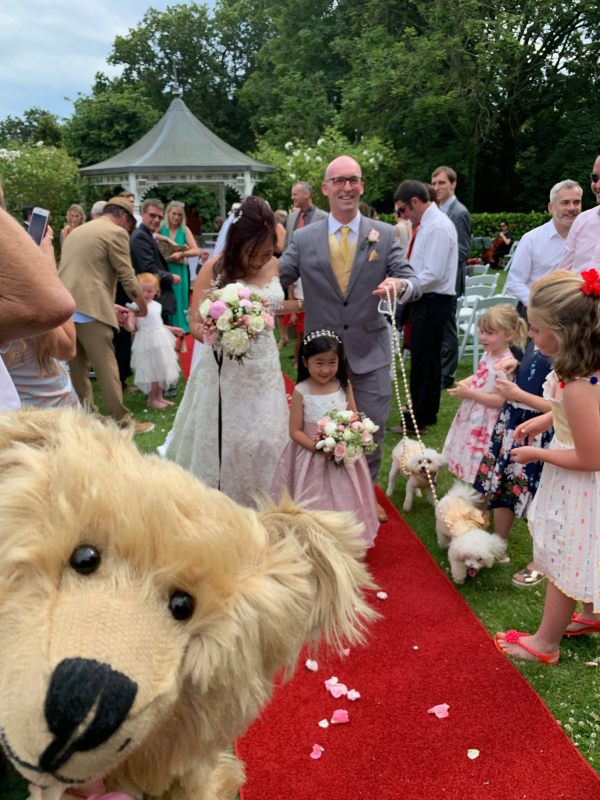 Once again not a Korean wedding, but Tommy and Cherrie’s. This was the image he remembered.

They walked and walked, but couldn’t find the tunnel entrance. But did find a nurse, on the edge of the woods, with a big pile of teddy bears. “I’m fed up with these bears” she said. “People keep leaving them behind in hospital. So they are going in a skip!” They searched for me, but I wasn’t there and he finally woke up. Exhausted.

In dreamland, I was lost in a dream. No time to think. How was I rescued? It was down to “the author of the month”!

Well they got on a tube at Morden and went to Tooting Broadway. Walked to St George’s Hospital. Up to the Ruth Myles unit and found Nurse Roisin. “He is much better now, Bobby. You can take him home.” And he did. On New Year’s Day. 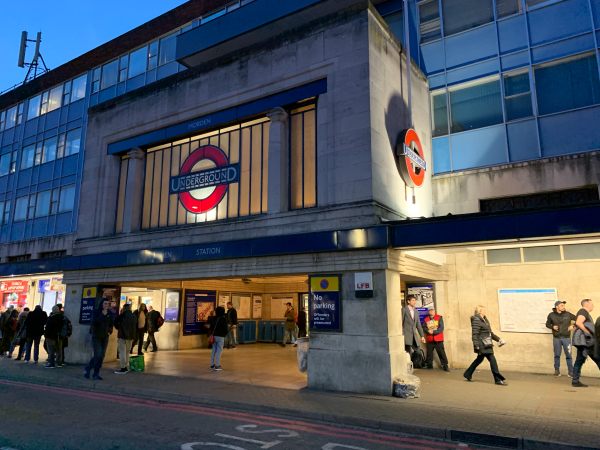 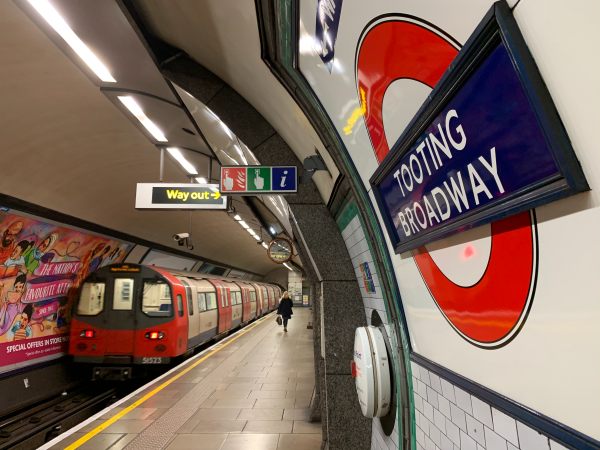 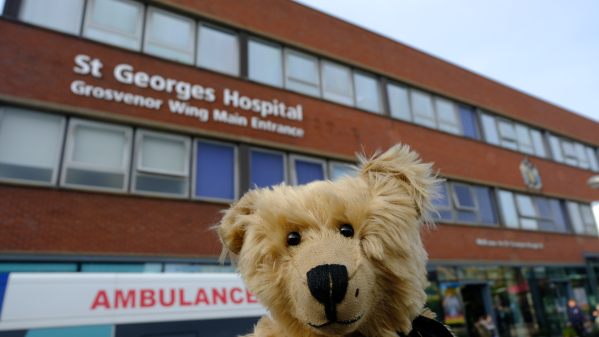 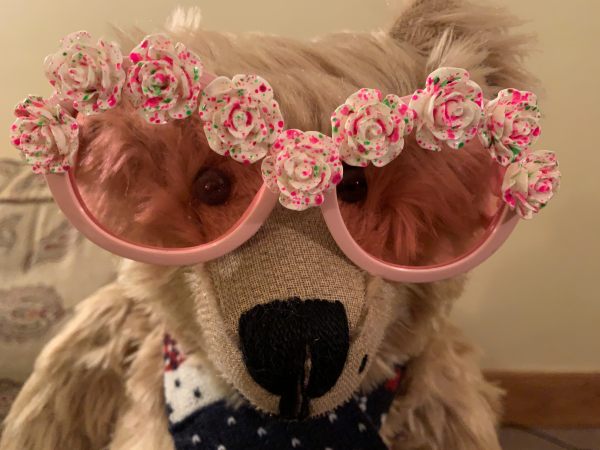 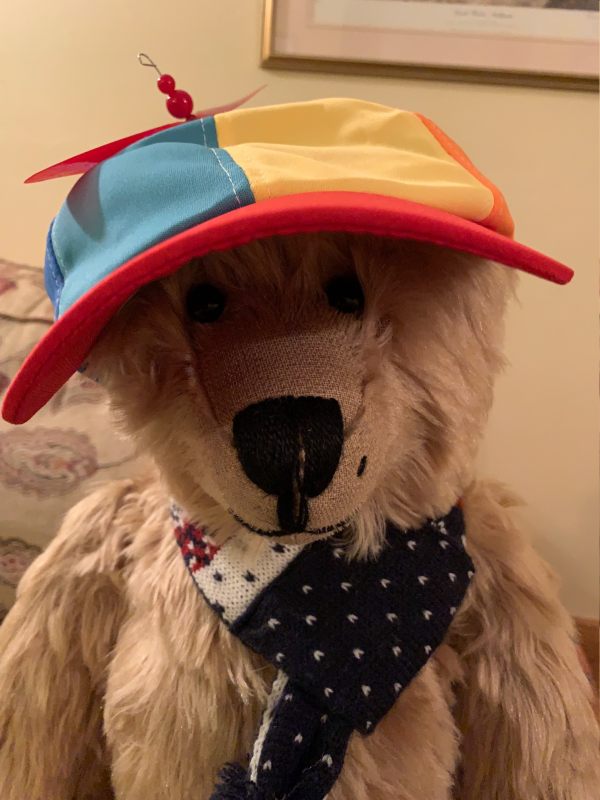 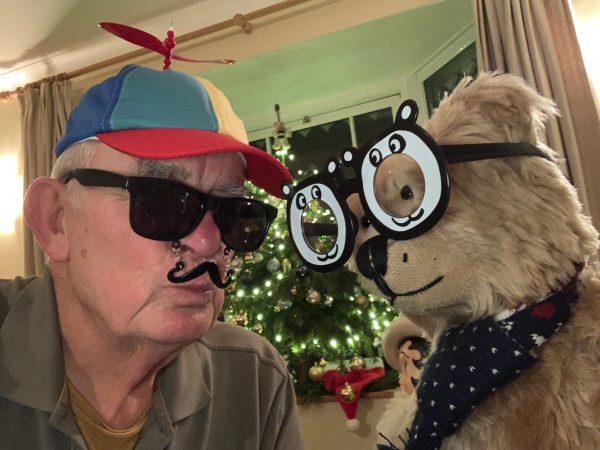 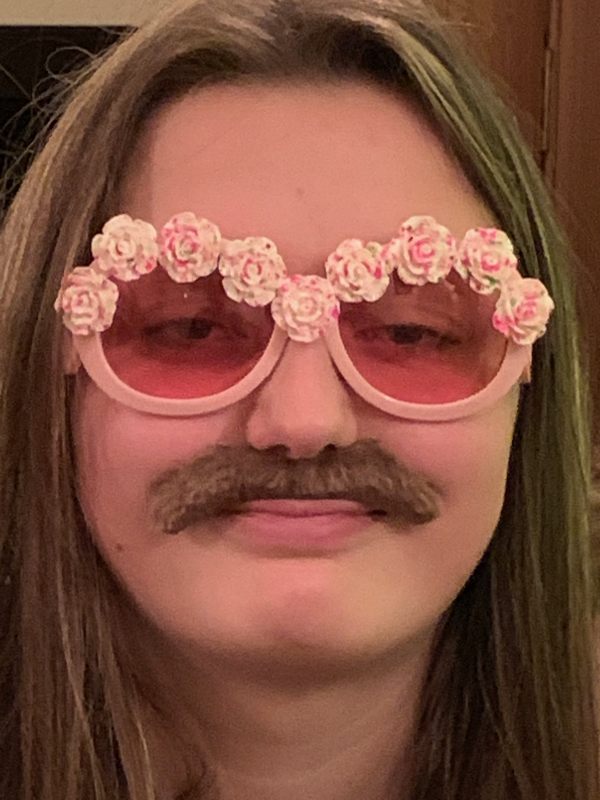 We have a new friend Steph, who introduced us to “Reigate and Banstead Writes”. I can see Bobby likes her, because she is fun. Here’s what the writing group wrote about Mindfully Bertie:

Steph told me that she had a lot of bears “living on top of a cupboard”.

How undignified I thought, and started hatching a plan to rescue them. Give them some fun. Steph likes writing and will be our visiting contributor soon to explain how she means to give her lost bears a better life away “from the top of her cupboard”. Look forward to that, Steph!

Lighting a Candle for Diddley in 2020 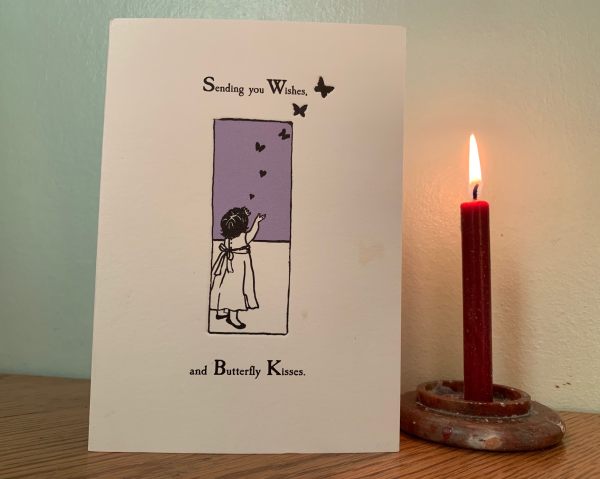