Cor blimey and luv a duck. It aint arf busy at Mindfully Bertie at the moment.

While Bobby ‘as ‘is ‘ed had stuck down the toilet in the middle of the night, some of us are getting things sorted. The cause of all this is the Little Pink Book. The most unassuming bit of rubbish you can imagine, that has opened up a treasure trove. 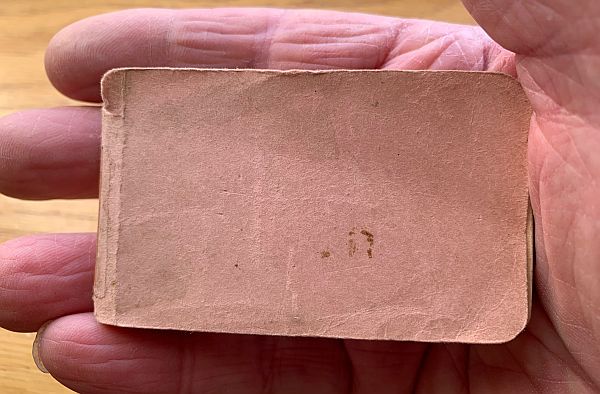 So! I have given Little Pink Book to Trevor to write up in his role as Bobby childhood custodian. He, I gather, has asked Eamonn to help him. But they won’t be ready just yet.

So, I realised that now was the time to be honest and admit where we have gone a little astray. Bobby, me, Trevor, Eamonn, Bobby2 (the shopping trolley) and now Hefyn (the talking picture) all have one thing in common. We are all male. But Betty Boop is very female. So I have asked her to write a little story next week about anything she likes. Preferably with a female slant. And here it is. 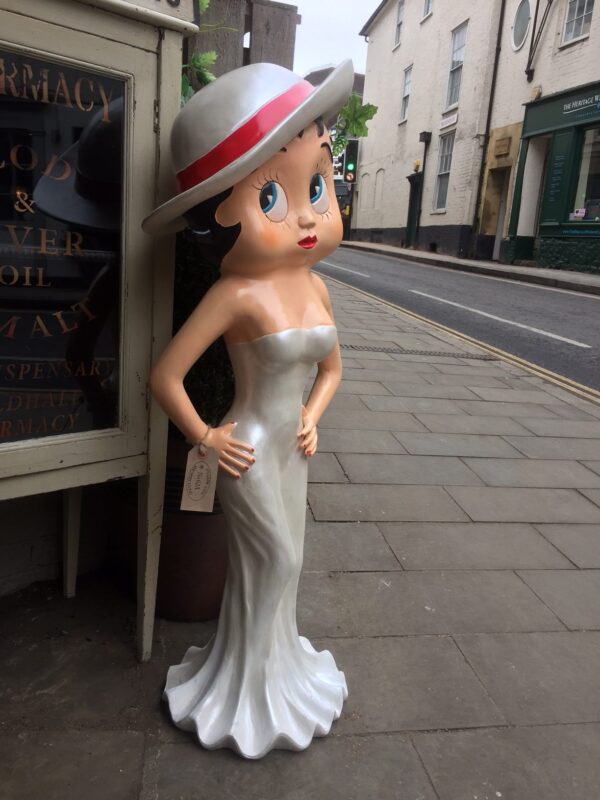 Betty Boop outside the shop.

Remember me? Freezing in West Street in Dorking in January 2017? Bobby couldn’t resist me and bought me at some astronomic cost and took me home to Laurel Cottage. I have adorned his living room. Looked gorgeous in team pictures. But stories? Not one! It seemed I was doomed to be just an object of desire. The fate of many gorgeous women like me. And now, finally, when the chips are down and he is cleaning the toilet in the middle of the night, Bertie has finally asked me to tell you about… what? Something frivolous. Sexy. Inane.

Well bad luck, Buster, you will get what I choose. And I choose history. The history of women in the twentieth century. And all because of that Little Pink Book.

And here I would like to introduce the new member of the Mindfully Bertie team. I did a deal with Bertie. Another lady or no story. He was no match for me. Nor was Bobby. So here she is. The new Resident Genealogist.

I asked him for a picture and he gave me just one. He has loads. He has known Elizabeth for a very long time. But let’s face it. When he hasn’t got his head down the toilet, he is starting to look a little frayed. Or, in simple terms: OLD. This picture undoubtedly has a mystic quality as engineered by a soppy posh professional photographer. And, of course, it means a lot to him. 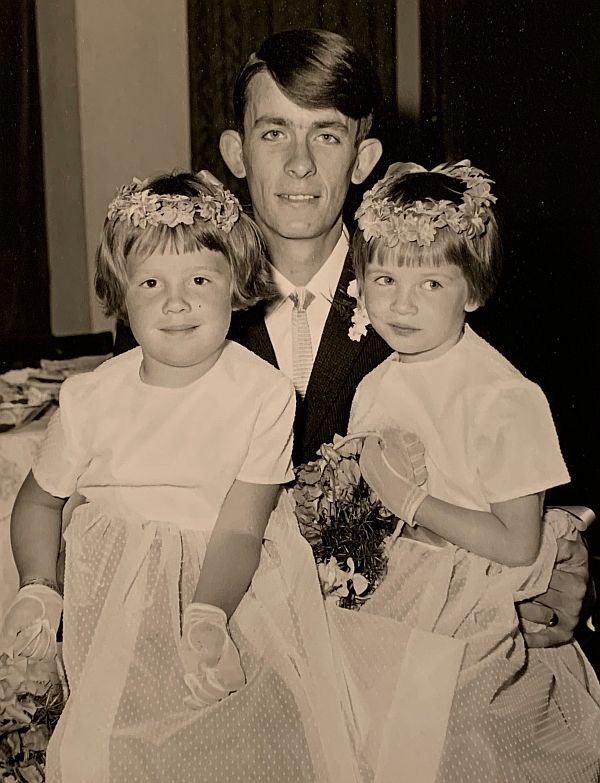 Wedding day 18 June 1966. Angela left Elizabeth right. No idea where Angela went but west with the divorce and that family a long time ago. But Elizabeth is very much here to stay.

Elizabeth has a very interesting hobby. Genealogy. Family history. And has built up a fascinating family tree over many years of research. At times, Bobby has used her knowledge and never given her credit for it, so us girls are putting the record straight.

I do have the advantage of being ninety years old and looking as fresh as a daisy. And I have lived through difficult times for women. So with Elizabeth’s help, the story that follows is true and indicative of a world of intolerance, inequality and Victorian values that have no place in our world today.

The Little Pink Book has revealed many things for later stories, but has led to one very special picture. A very rare picture of Bobby with the wider family. Born to ageing parents, both in their mid forties, and growing up in war torn Britain, he rarely saw or even knew about his relatives. His mum, Dorothy, was an only child but dad, Sid, was one of seven children. They never had a car or even a telephone. To visit relatives in Sandwich, Kent or Knebworth, Hertfordshire was a tortuous journey by public transport. They only went a few times. The relatives never came the other way. Dorothy wrote letters to keep in touch. That’s how it was in those days and Bobby knew very little about the wider family. He did know that two aunts lived in Knebworth and met them just the once, he thinks.

One day near the end of Dorothy’s life she told Bobby she had a secret she had never
told him. “Your aunts Laura and Kath are actually mother and daughter.” It didn’t mean
that much really but with Elizabeth’s help we now have the full story that was typical of
those far away days. Aunty Laura was born in 1902. At sixteen years old she committed
the ultimate sin. She had a baby. The baby became Katherine and was brought up by
Grannie Minnie as her mother. In time Laura and Kath became “sisters”. Kath grew up
believing that. One day many years later in adult life she was to learn that her sister was
actually her mother…… And her mother her granny.

So this picture is special and may represent the only time Bobby ever saw his relatives in
Knebworth. And other thirty odd years before he knew ‘the secret” A secret that had been
perpetuated since 1918. 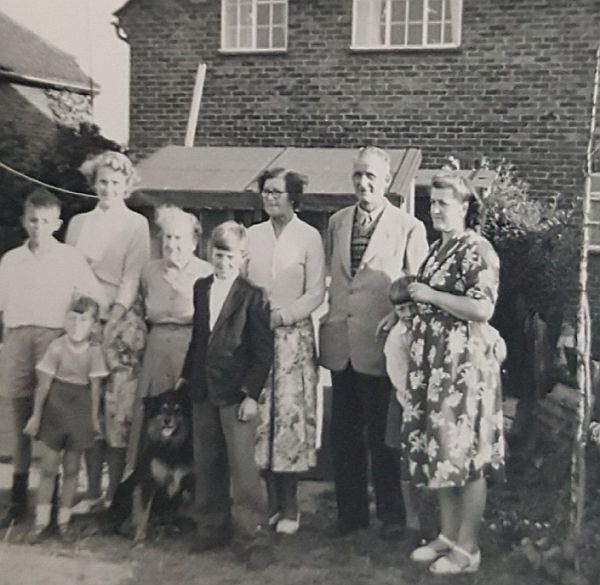 Knebworth about 1955. Bobby, sister Wendy, Granny Ball, Mum Dorothy, Dad Sid, Aunty Kath. Front row Kath’s children Michael and Stephen. He never saw them again. Dorothy wrote to Kath the rest of her life. Bobby has no idea what happened to Kath’s children and is the only one definitely still alive. The back row are all dead. 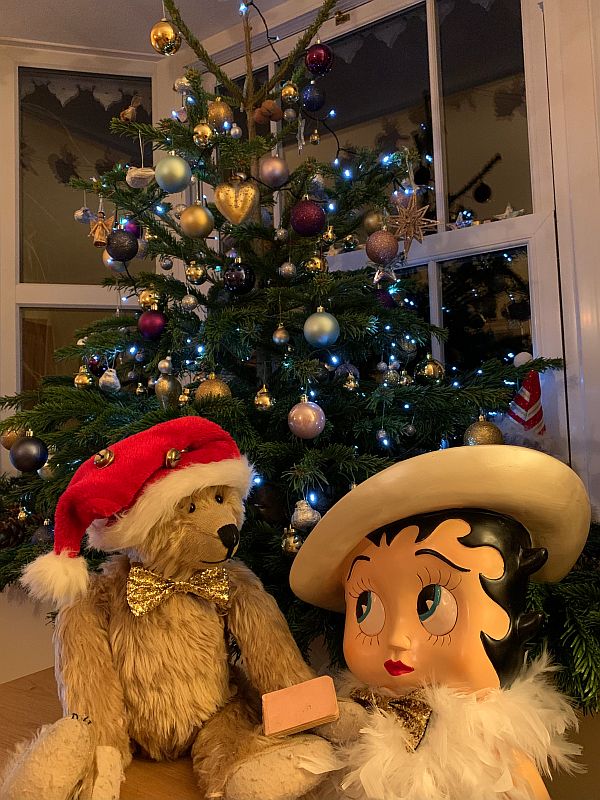 Wow. That was a little serious for the time of year. Bertie showed me the Little Pink Book and it is full of happy memories, but with a few questions that will never be answered. So let’s say “Hey we are still here. It’s Christmas. Let’s rejoice and be merry. The Christmas tree looks lovely and so do I. For those who like to remember when I was the darling of the silver screen, this is for you!”.

The Story of the Little Pink Book should start before Christmas. So for now it’s goodbye from me and goodbye from Elizabeth. Until the next time. 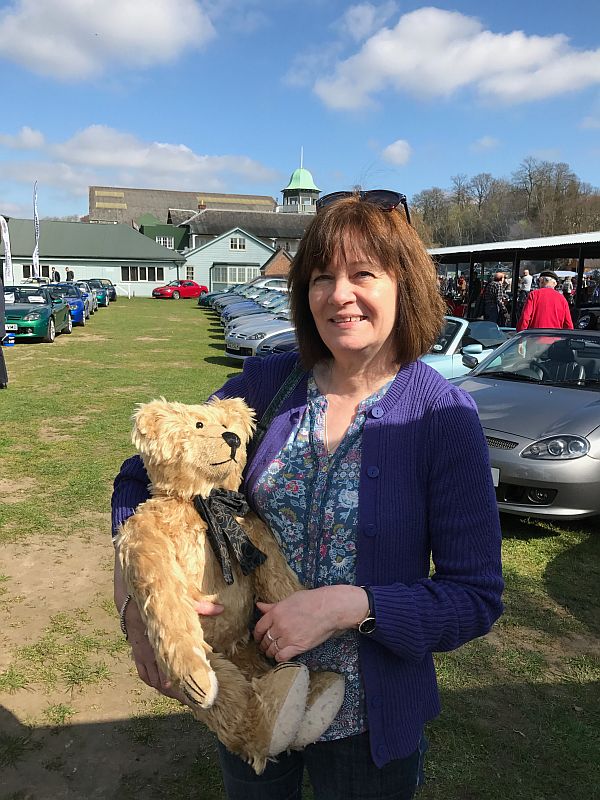 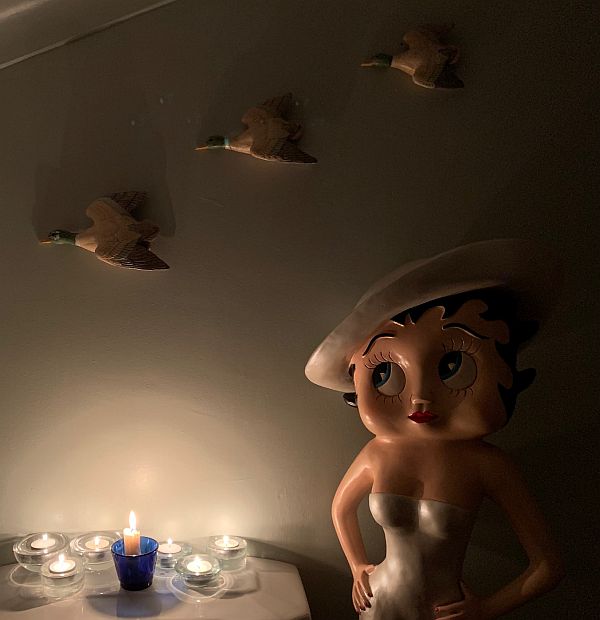