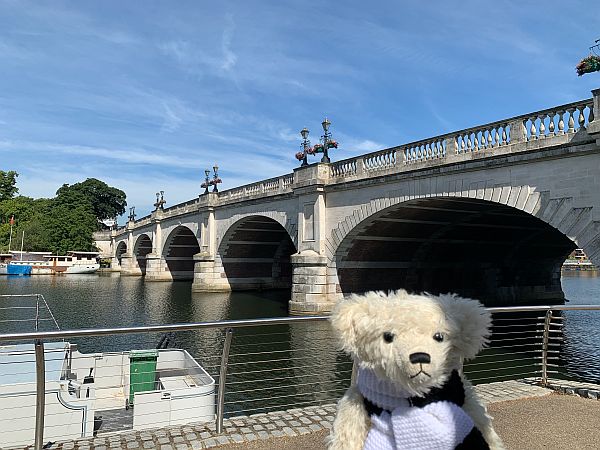 Bobby: “You aren’t invited, Bertie. I am taking Trevor, to introduce him to Al-Anon and the Angel.”

Bertie: “Good! Bet you don’t get there! Don’t forget its not just the train strike, but the tube strike too.”

I was right, of course. They didn’t get there. But, as Bobby told me, His higher power gave him a day of serenity instead and he didn’t waste it.

But first. Leave home 06:45. Trevor fits neatly in the rucksack. Take a flask of cold drink. Drive to North Cheam and the start of the 93 bus route. To Putney Heath. Change to the 14 to Russell Square. Walk to Islington. Simple. 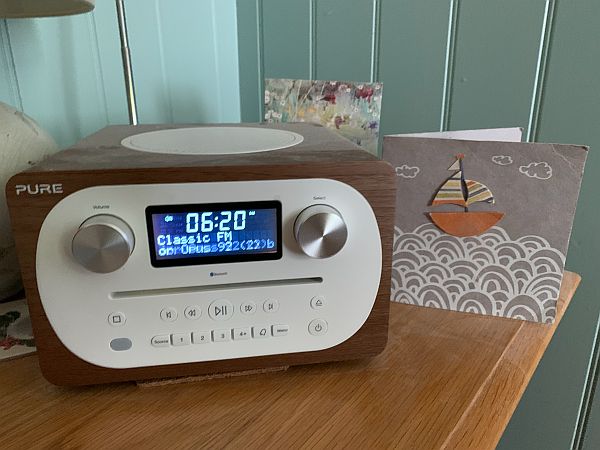 Time to get up, Bobby! 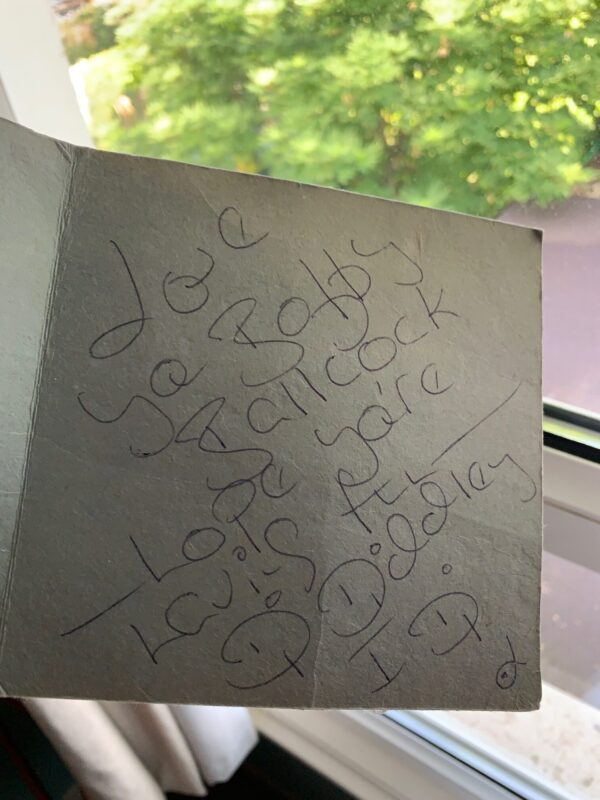 Read Diddley’s card. (He does this every single morning). 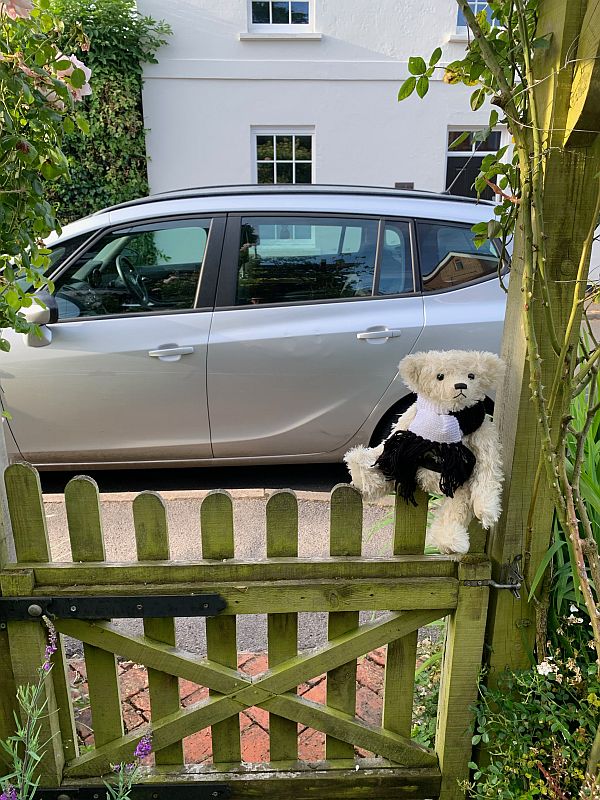 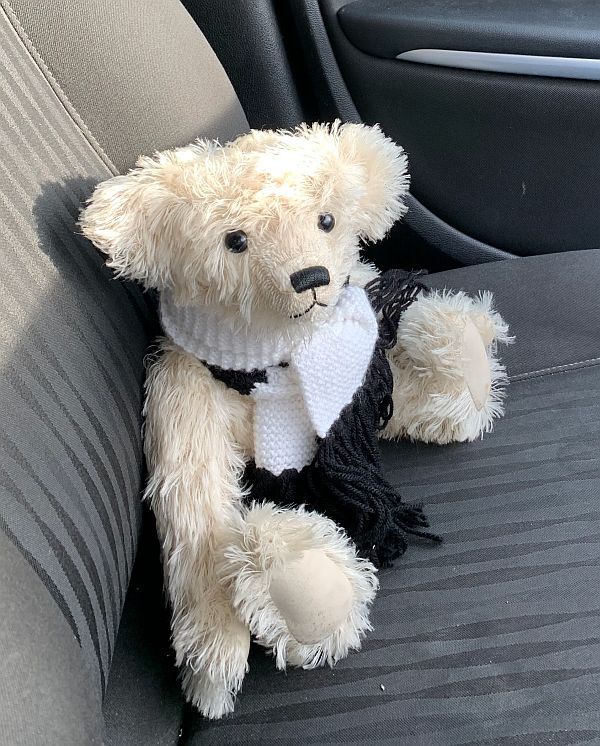 “At last. I really like my Fulham scarf. It was knitted by Carol, for watching Daisy play for East Preston. But now she is at Brighton and the scarf is perfect for Fulham.”

Five big red double deckers blocked the shops at Priory Road, North Cheam. It was 07:30 and Putney High Street was already gridlocked, according to a driver. “You have no chance of getting there mate.” said the first driver. So he jumped on and went to the next stop to catch a 213.

In Al-Anon, we believe in service. You can’t really fail if you do your best. He had got up early and done his best. So now the day was his. The sun shone and the riverboat at Kingston beckoned. Although not a drinker, a glass of ice cold cider on the Yarmouth Belle as it glided down the river to Richmond was most inviting. 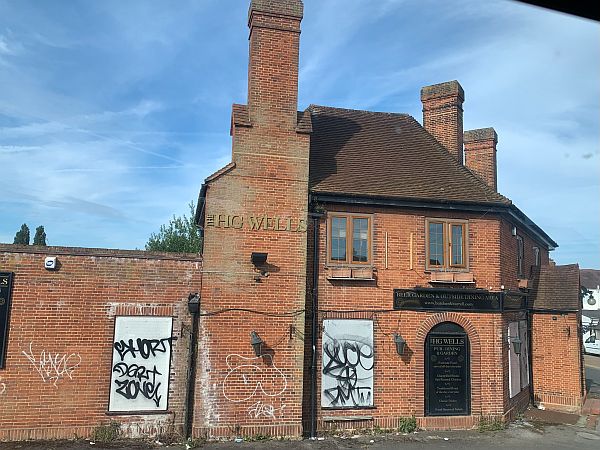 From the 213. The HG Wells pub at Worcester Park. Looks like the Martians have been there.

“This bus terminates here. All off” broke the daydream. Congestion was building up in Kingston. They all got on the next bus and got into Kingston eventually. So just a short walk to Turks Pier to catch the riverboat. 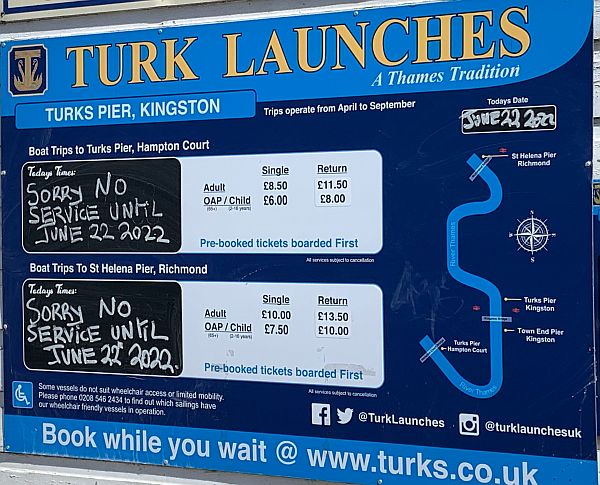 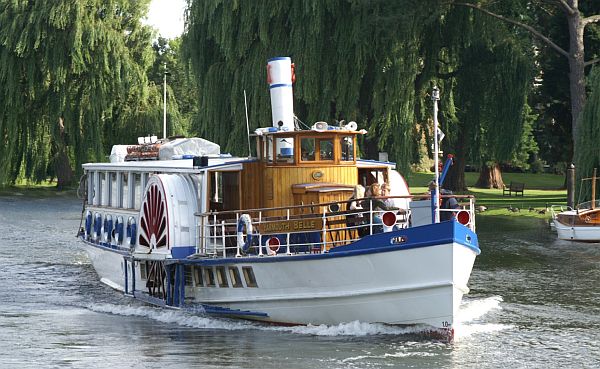 The Yarmouth Belle. Saved for another day.

Strangely, he wasn’t even annoyed. Serenity was just round the corner. A seat by the river, to watch the world go by. On land. On water. In the air.

And, an amazing choice of book for Islington, had he got there early. “Caught by the River”. A birthday present from stepdaughter Amber, probably ten years ago. Like many others, lost in the numerous books on the bookshelf until he decided to have a clear out a few days before.

There it was. Brand new and suddenly inviting. And now, through some coincidence, higher power, whatever you choose, he was reading about the River Thames and other rivers … by the River Thames.

Finding Serenity at Kingston upon Thames 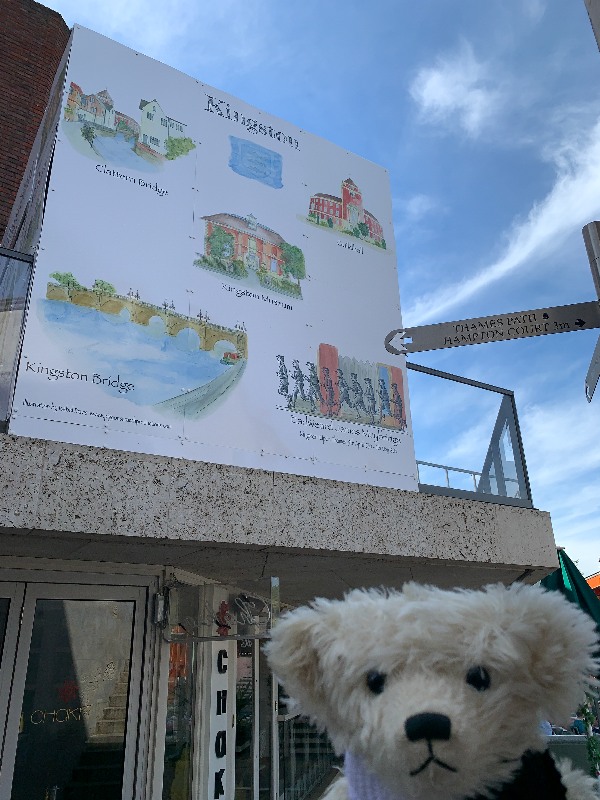 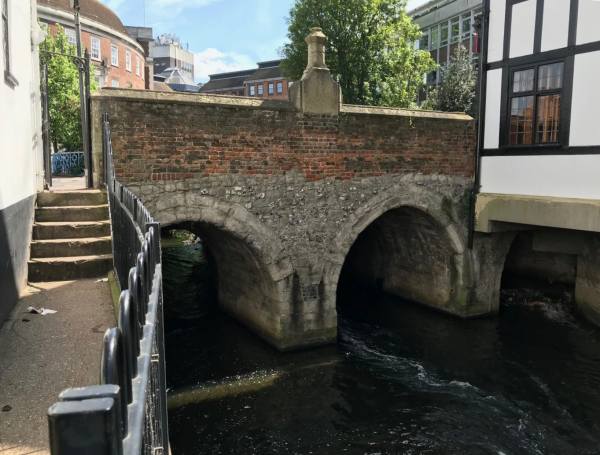 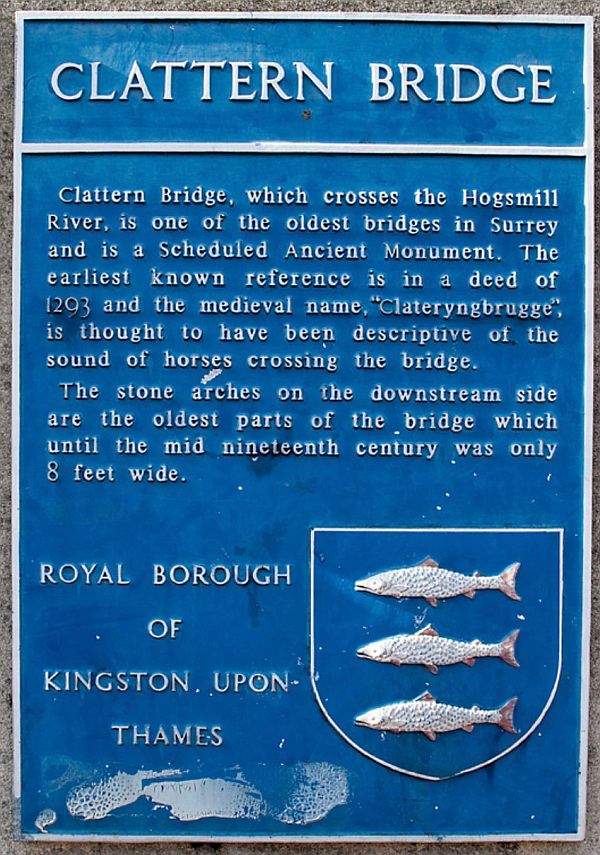 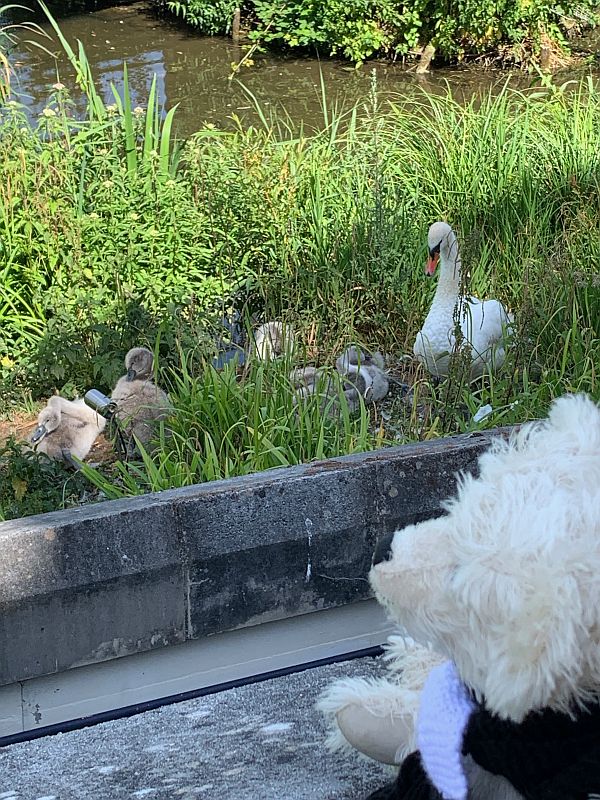 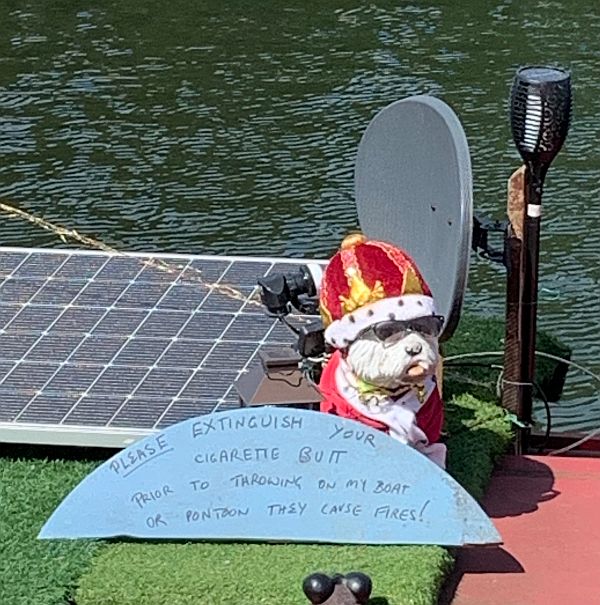 Oi! Don’t chuck your fag ends at all. Give up smoking! 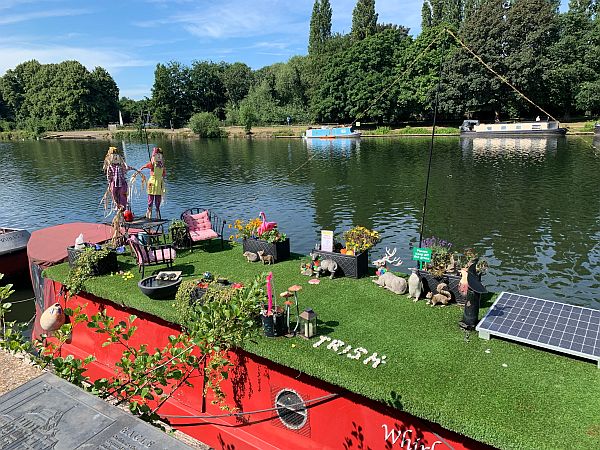 And all the Queen’s, apart from two Canada Geese. 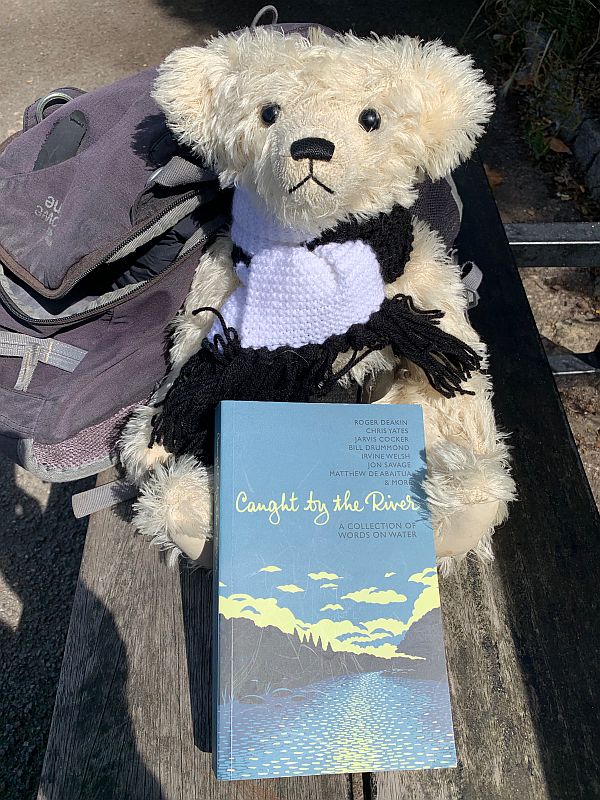 Lovely book to read by the river. 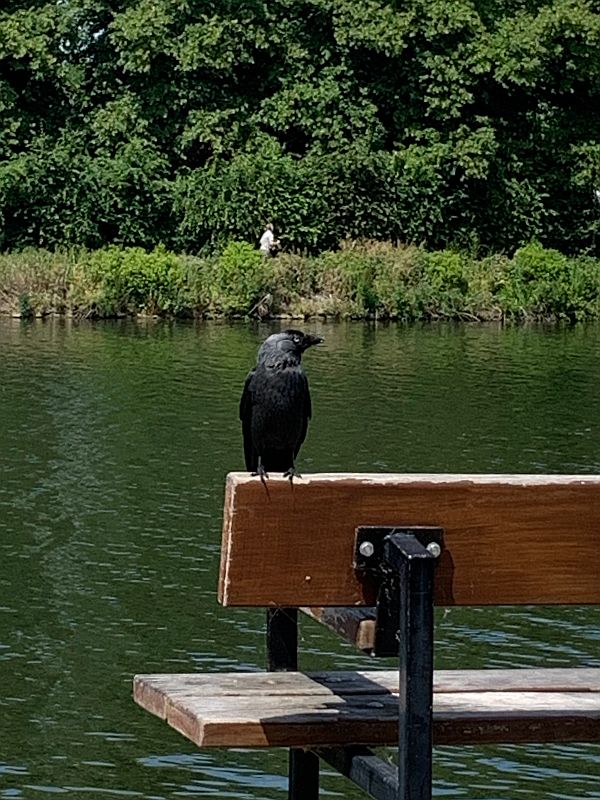 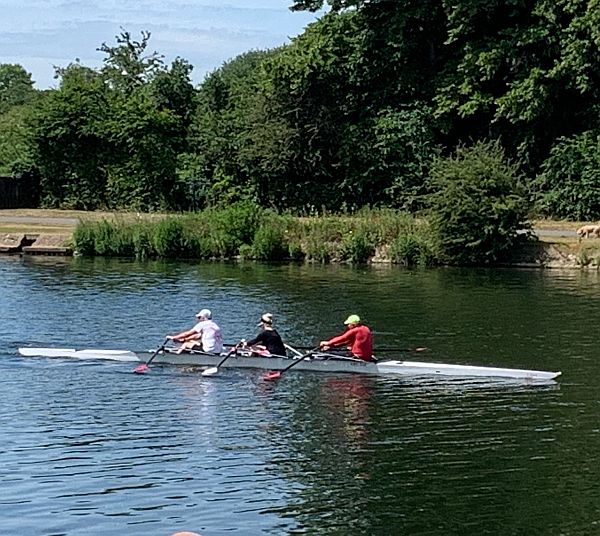 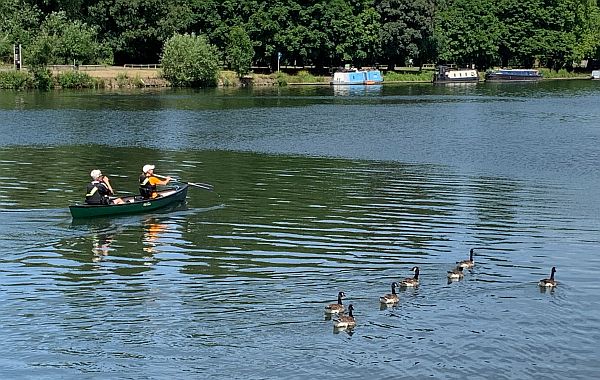 It’s easy downstream. But have they got to comeback upstream? Shouldn’t think so. 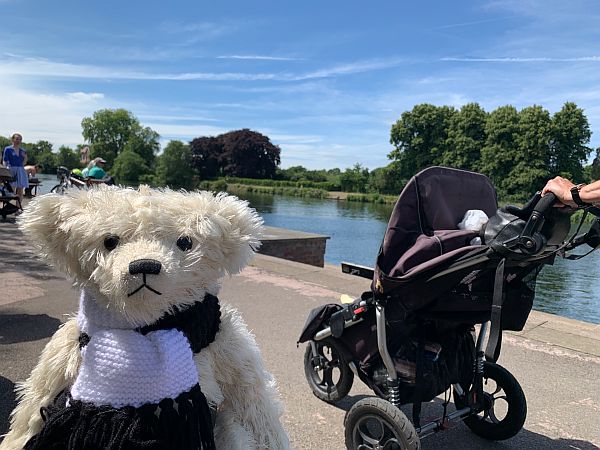 Lots of pushchairs and families enjoying the riverside walk. 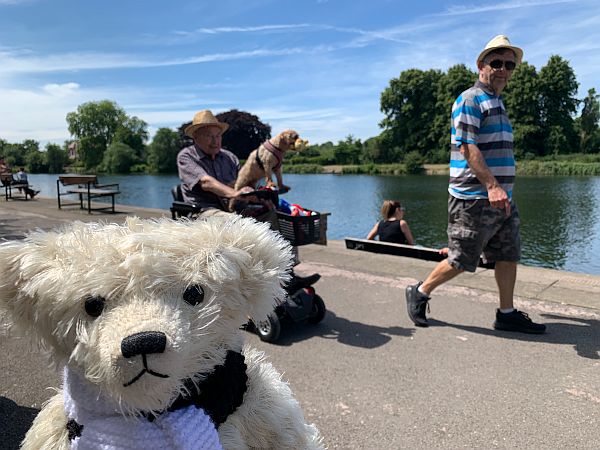 Oldies too, in their electric scooters. 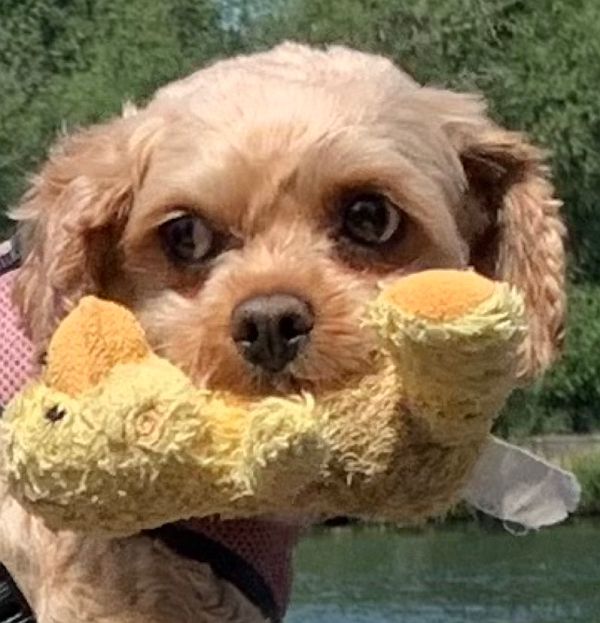 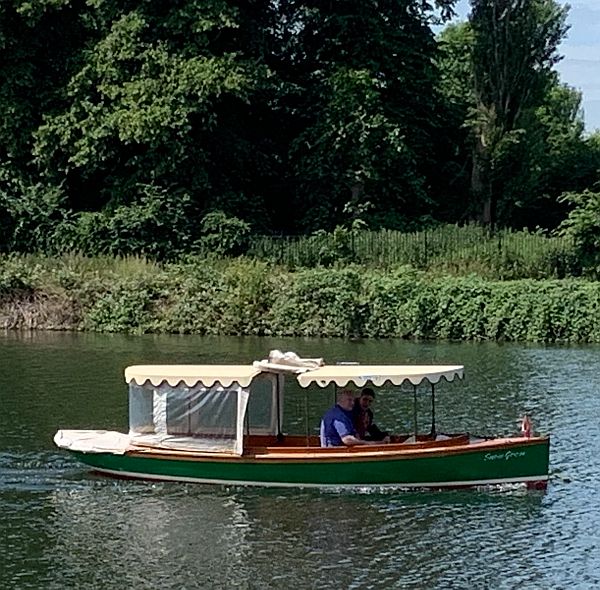 Surrey with a fringe on top. 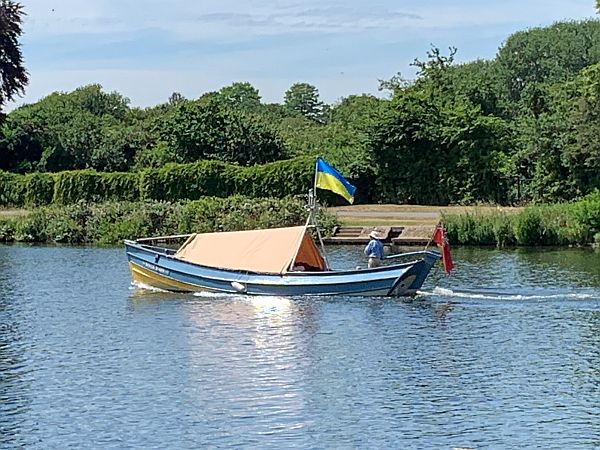 Lovely old boat. Anyone know what type it is? 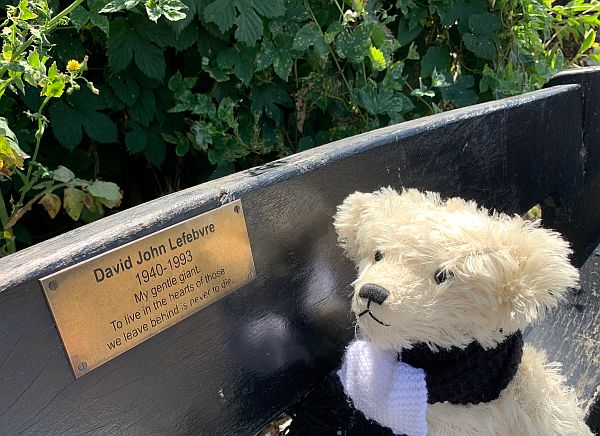 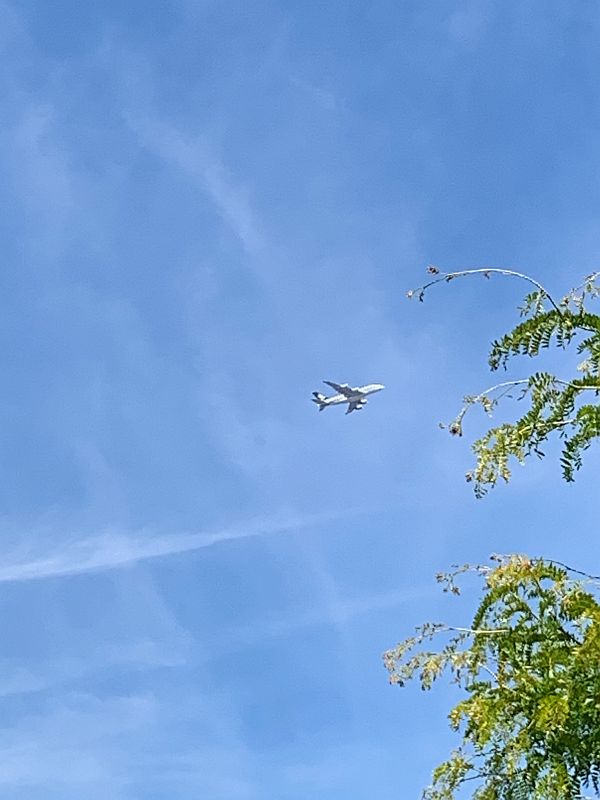 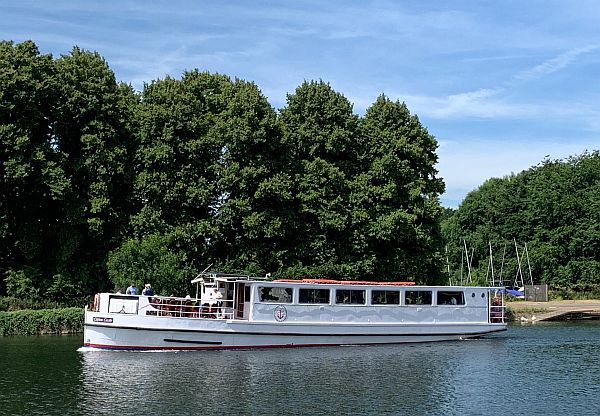 Clifton Castle. Built 1926. All the way from Hampton Court to Kew and Westminster. Umm quite fancy that. Old age has a certain soporific affect for lazing about. But, it’s a hire boat for parties of people or just parties. Turks Launches are the boats to just jump on at Hampton Court, Kingston or Richmond. 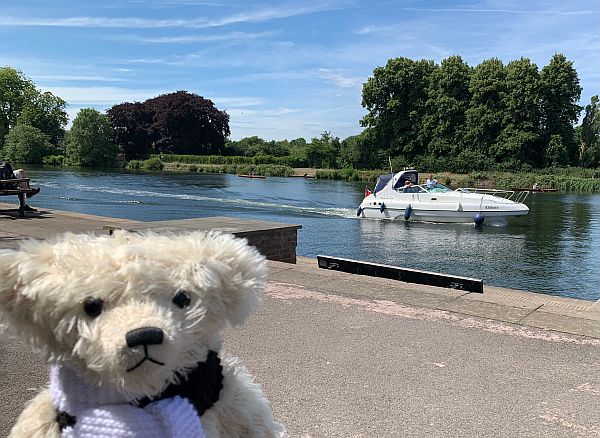 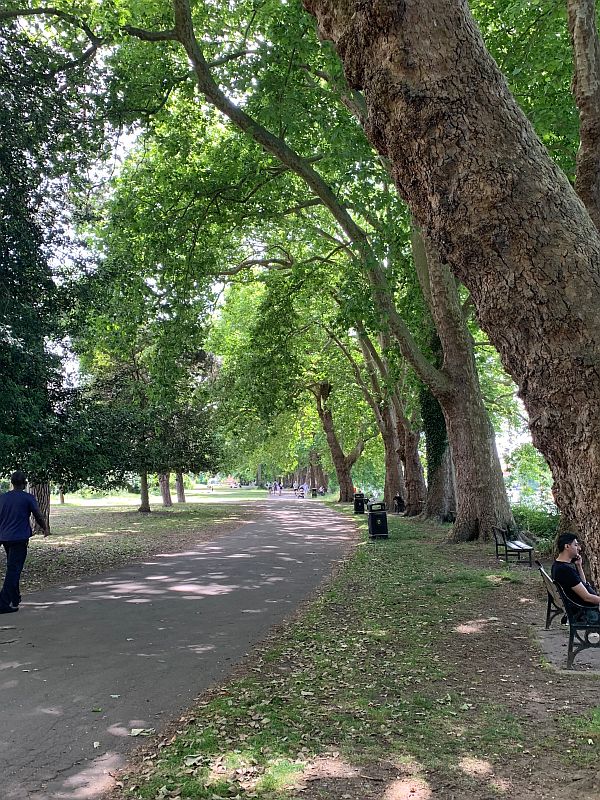 Sandwiches from Waitrose and then onto beautiful Canbury Gardens on the Richmond side of Kingston Bridge. The hours slipped by, and it was seven o’clock before they dragged themselves away for the surprisingly uneventful journey home. 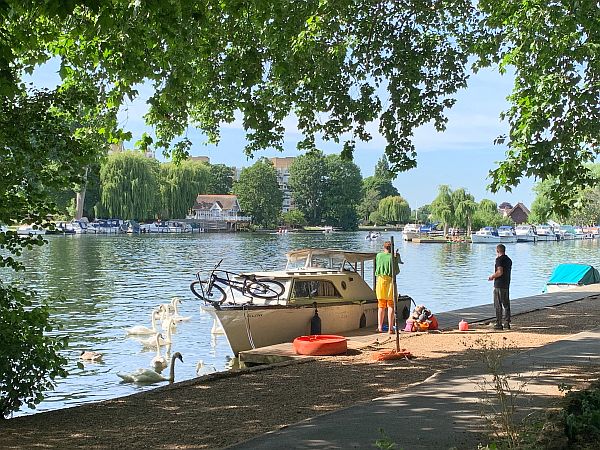 He had found Serenity at Kingston upon Thames (again). His higher power had given him a god-sent day and he wasn’t going to waste it.

(Serenity Prayer using “God” as the god of your understanding)
———