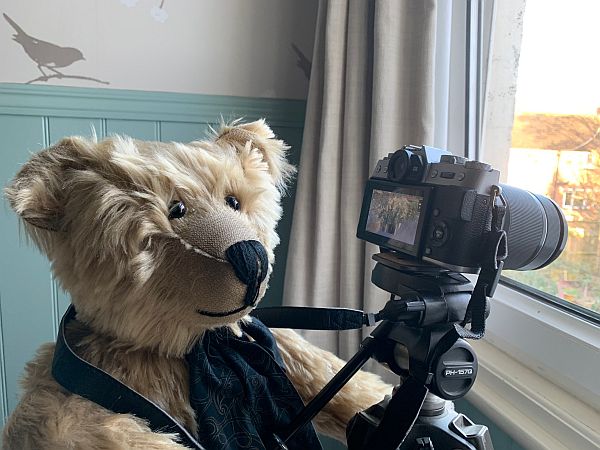 Bertie: “Bobby. When we posted Big Garden Birdwatch, we got lots of compliments about the photographs. You took the pictures with your ‘proper’ camera. This one. Fuji X-T20. Nice camera.”

Bertie: “Well, it sits here by the window. You never take it out. What’s the point of having a nice camera and just using a mobile phone?”

Bobby: “It sits by the window with the telephoto lens on in case I see an interesting bird in the garden. Pictures I could not take with a phone. I have struggled with the whole question of photographic equipment and come to a conclusion. Not finite. Just how I think at present.

There was a time, not so many years ago, when most people had just one camera. A film camera. Enthusiasts might have more that were invariably single lens reflex cameras with interchangeable lens. Nowadays, in the digital world, that hasn’t changed. Big cameras. Big lenses. Ordinary cameras were more modest ‘compacts’. Then came the revolution. Digital image photography enhanced by increasingly sophisticated mobile phones.

Today, we have more choice than ever before. It really depends what sort of photographer you are and what you want the images for. Many people nowadays only have a mobile phone. It is always with them. In their pocket. Small. Uncomplicated. Good quality phones have lots of features. Direct download to all your devices. Instantly editable. But they cannot compete with ‘proper cameras’ when it comes to a device with far more features. Far better quality pictures at higher resolution. Big lenses.

Keen photographers would not be seen dead using a phone. Would not show their face without an exotic, expensive SLR hanging round their neck. Or, in the case of the Fuji, a new generation of mirrorless cameras that look like traditional SLRs, but are actually fully electronic. Most importantly, much smaller. That is why I bought the Fuji.

So my photography veers between mobile phone snapshots and pictures I can only take with the Fuji. It could change, but would need considerable investment in a couple of very expensive Fuji lenses. For now my iPhone XR takes excellent pictures with no fuss and some features like selfies more. Many of the stories are walking in the countryside where carrying a heavier camera is a nuisance. That sort of thing.”

Bertie: “The problem is, Bobby, you told me you forget sometimes how the proper camera works. You are too lazy to learn more about it. And sometimes you get the settings all wrong. You also have a whacking great big Canon SLR in the drawer in the front room that hasn’t come out for ages.”

Bobby: “Well, Bertie. As usual you are right. The Canon is quite old (12 years old) but still takes great pictures. But we only use it for air shows, when it comes into its own. Big and heavy, it doesn’t matter at an air show. But I will give you two extremes with the Fuji. The best pictures I have ever taken with the Fuji were those used in the eclipse of the moon slideshow. Fantastic. The worst I ever took were those coming back from Alice’s Bear Hospital when I was seduced by the glorious sky and in trying to enhance it overdid it.”

Bertie: “Basically, Bobby, you got it bleedin wrong by being too lazy to learn about the camera. What happened to the pictures? Deleted I suppose!”

Bobby: “Er no. I always had a sneaking liking for them, however wrong they were. Always wondered whether to post them and see what people thought. And, of course, it was a fantastic, unforgettable day in Dorset.”

Bertie: “OK then. So this is it then. We can call the story ‘Blue‘ and leave people to make their own mind up what ‘blue’ stands for!” 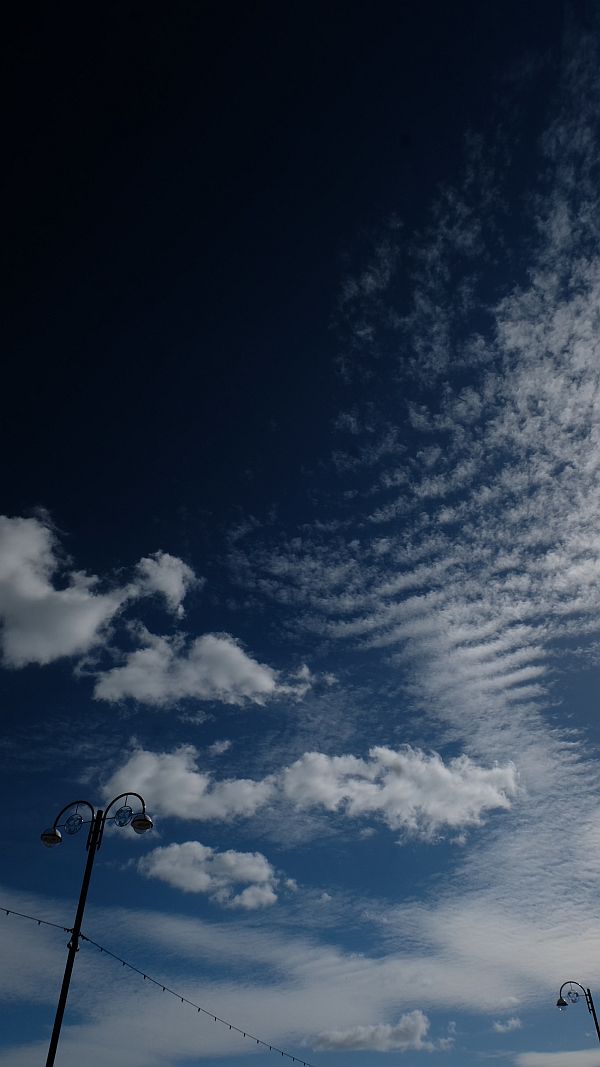 We had been to Dorset for a long weekend for me to get my bonce put back on by Alice’s Bear Hospital. 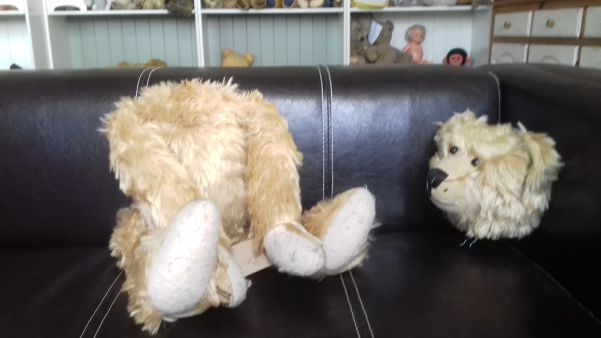 After the operation, we met Sebastian on the Seaton Tramway. What a great day that was. 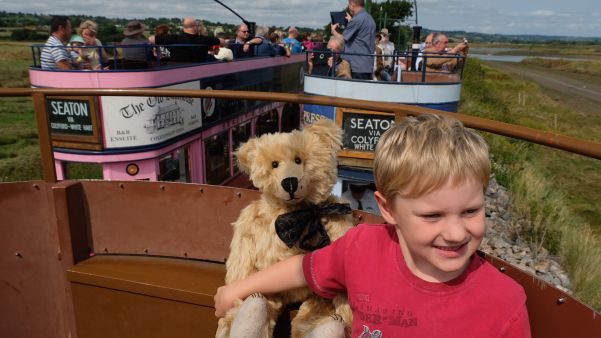 Meeting Seb on the Seaton Tramway.

And then we came home. The long scenic route. Nostalgia for Bobby. Back to the Isle of Purbeck and Swanage. A glorious day with dazzling clouds that he was entranced by. And got the camera all wrong! 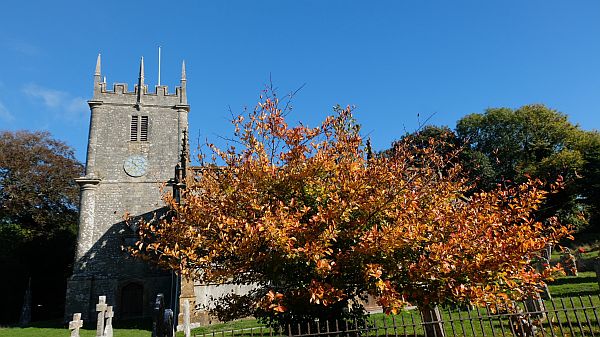 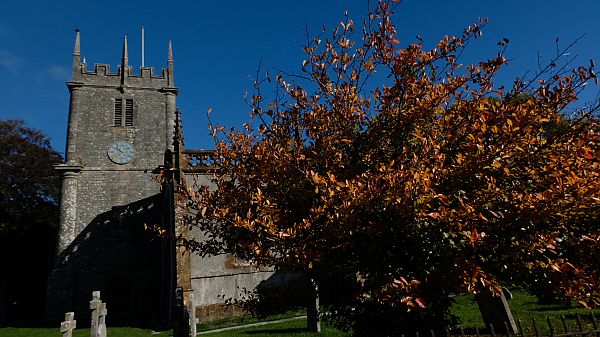 Same picture as above. Wrong setting for the rest of the afternoon. 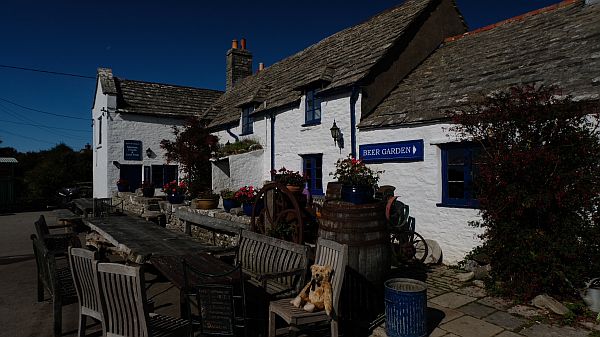 Square and Compass, Worth Matravers. Isle of Purbeck, Dorset. 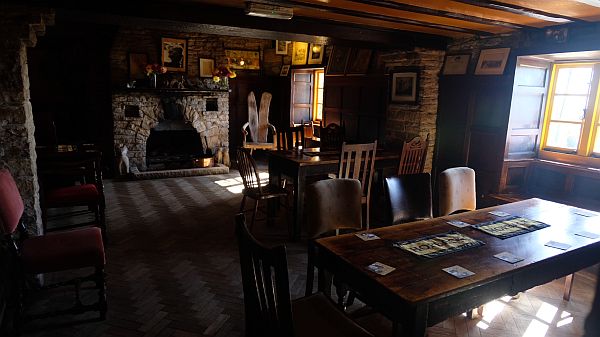 Inside the Square and Compass. 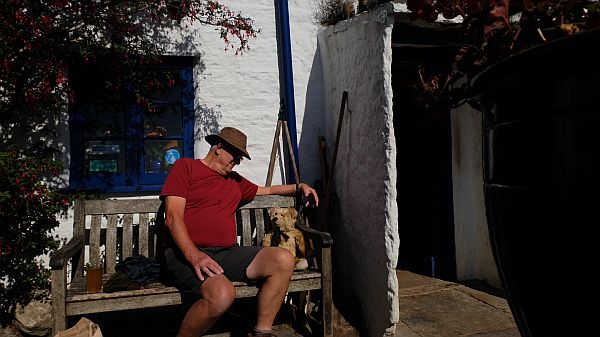 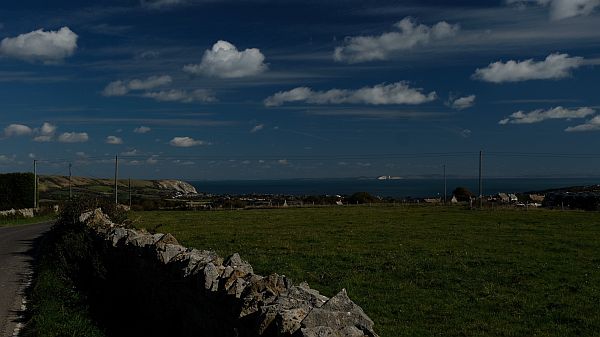 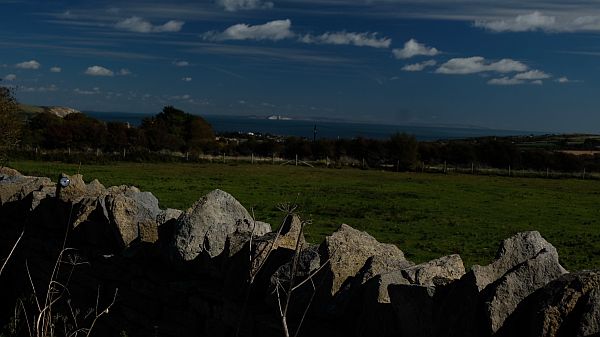 Worth Matravers. Looking across the Solent to the Needles of the Isle of Wight. 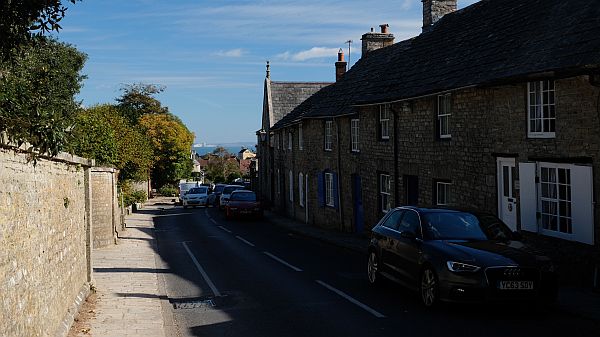 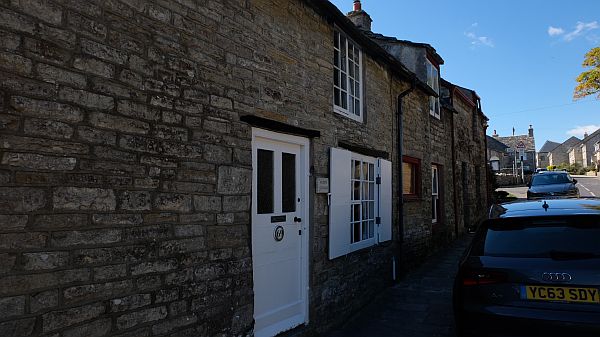 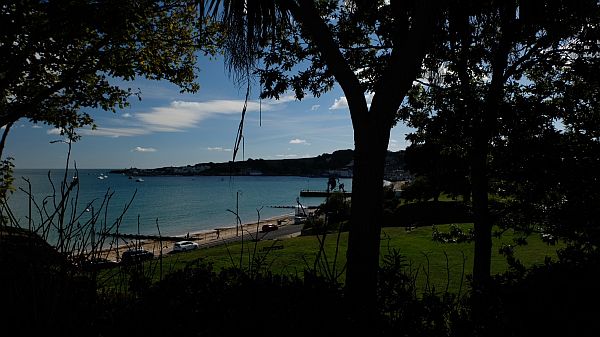 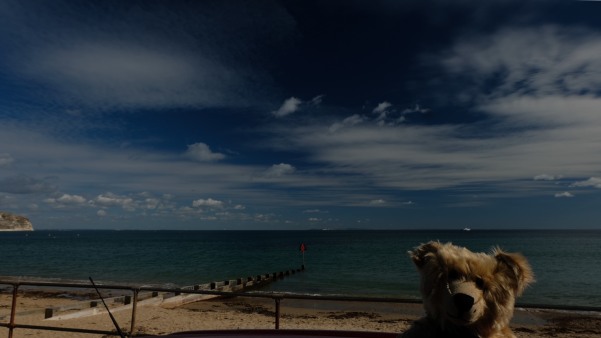 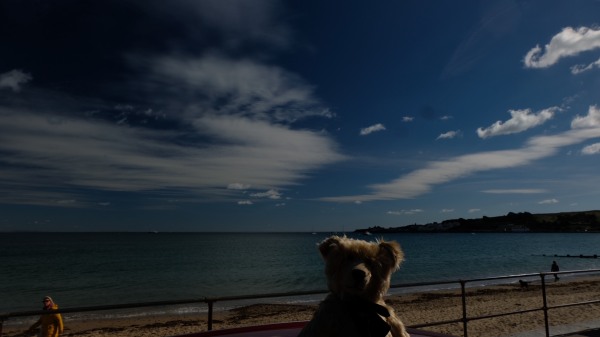 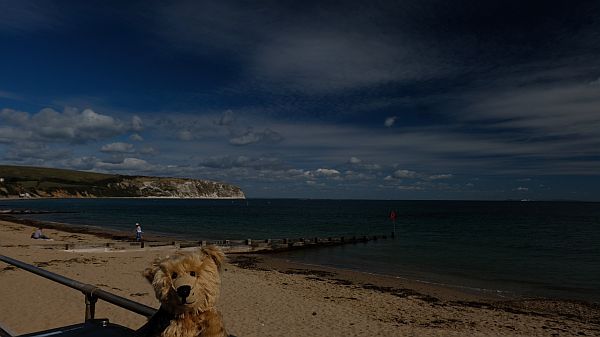 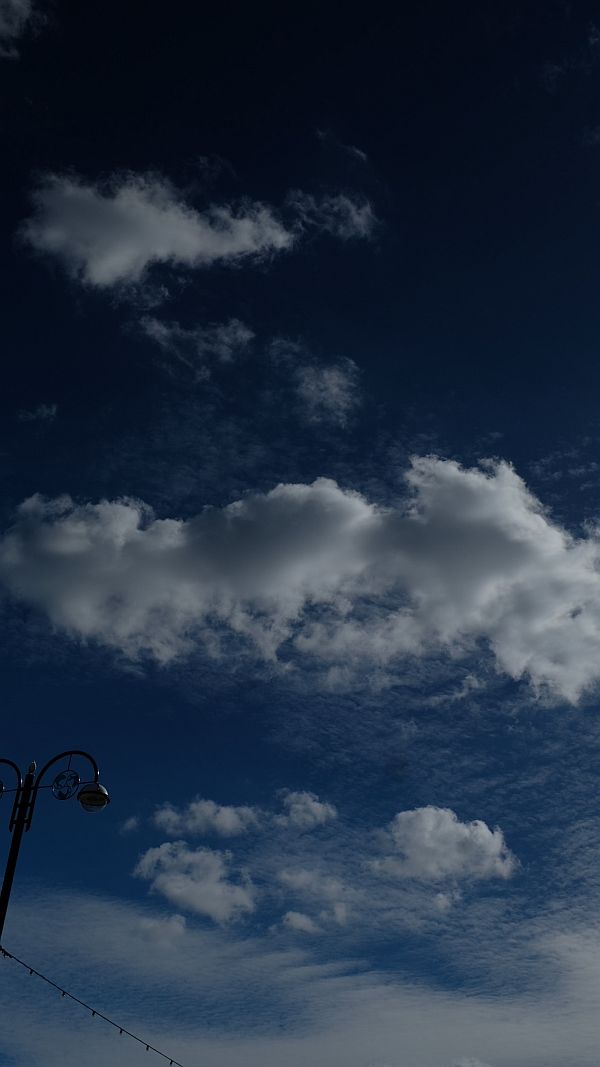 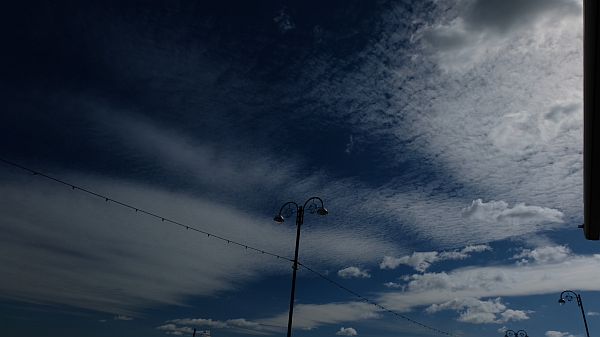 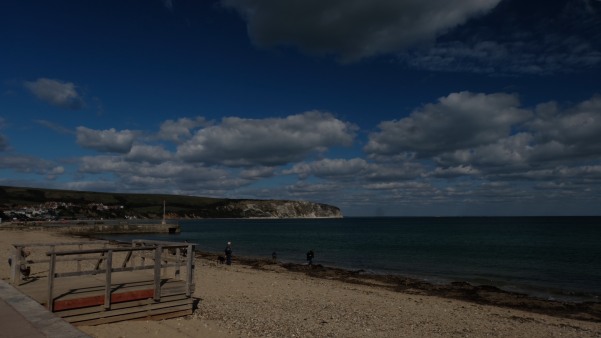 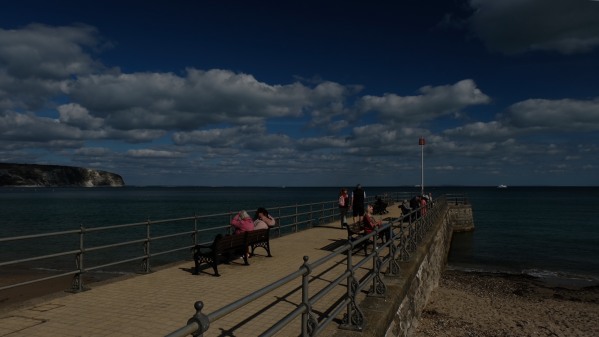 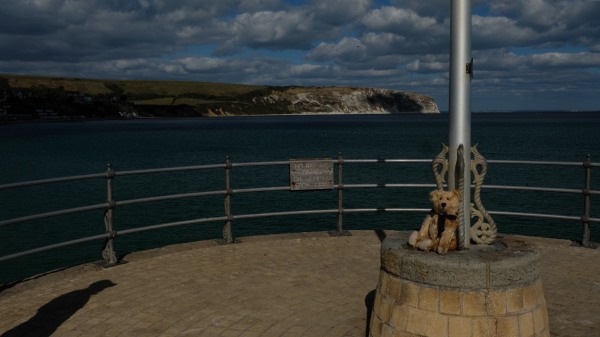 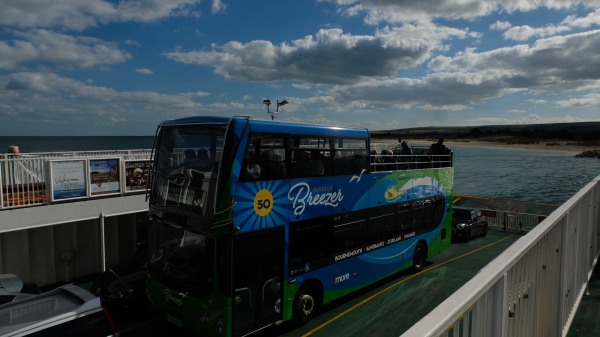 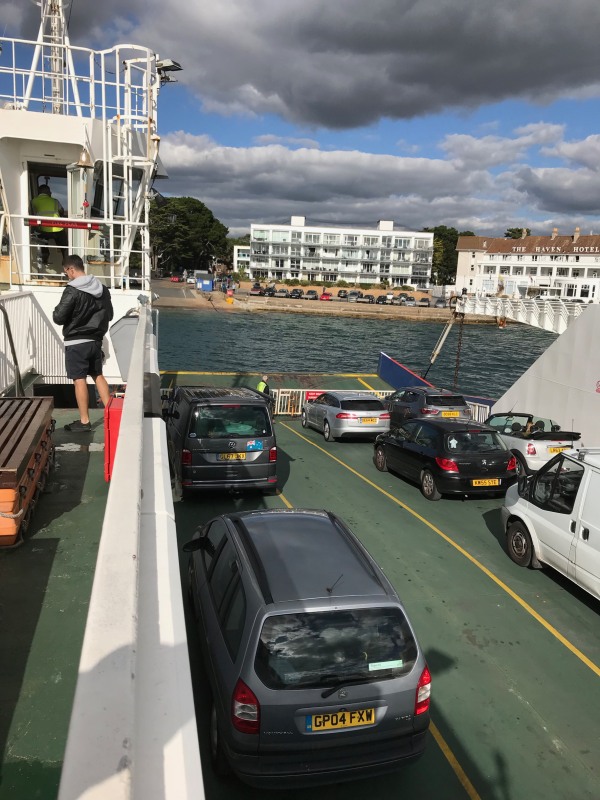 There’s our faithful old Zafira (GP04FXW). Written off by a mad kid on a motor bike four days later. He was fine. His motor bike and the car were both written off. C’est la vie. 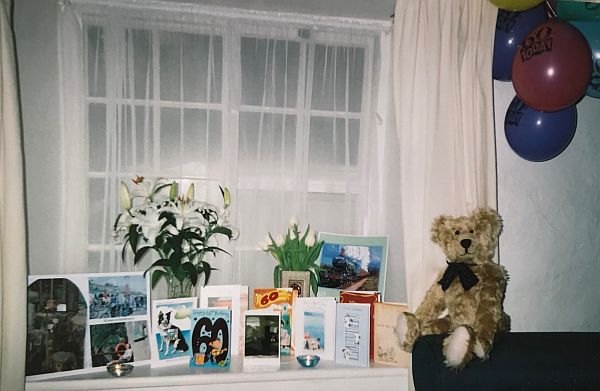 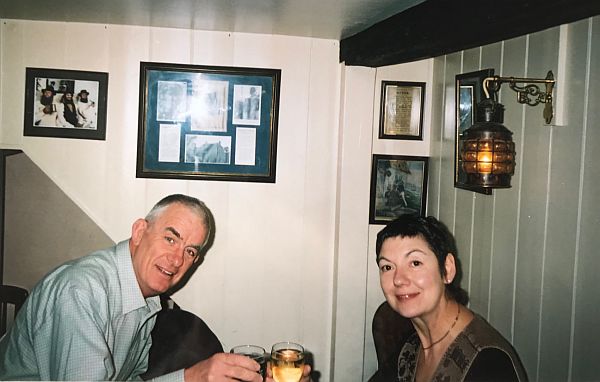 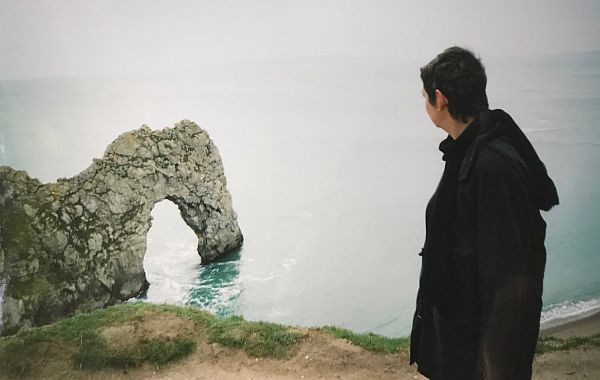 Bertie has been a photographer before. In 1991. This will be another story soon. 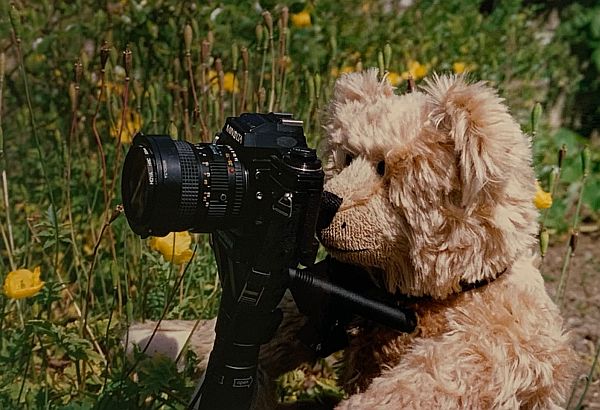 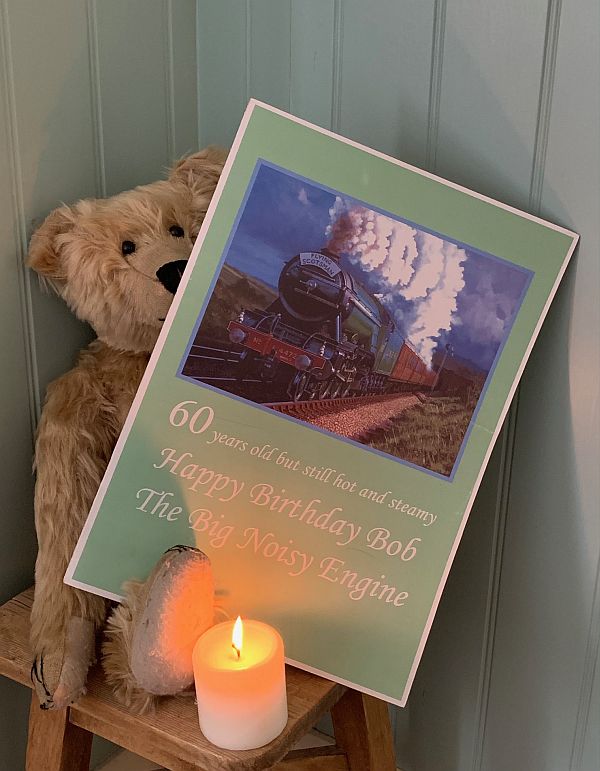 Blimey. Big card. (See the window sill at Roxteth Cottage above). Diddley, a graphic designer, was more well known for her private work than her actual job at the Highways Agency.