One mile down … eight miles out …

Bertie… I love Yorkshire. Full of memories. Yet, full of opportunities for the future. Bobby and I went back to Whitby in September. But first, to set the scene, we mustn’t forget Bobby’s present to Diddley on her exact 58th birthday. A birthday she would never forget!

Bobby… When Diddley was young, she was put on a train in Gloucester under the watchful eye of the guard. All the way to Darlington. That’s what they did in those days. There, she was met by Yorkshire Grandad.White haired and always the same greeting: “Ee lass, aven’t yer grown” in a strong Yorkshire accent, of course. I heard this story many times. Her mother, Sarah, (Betty or “our Bett” to her Yorkshire family) had moved south and led Diddley to a Cotswold childhood. But, Yorkshire had and still has her family in Middlesbrough. In 2008, whilst working for the Highways Agency, I had the opportunity to visit Boulby Potash mine. A by product is rock salt, that is sold for gritting roads. Approaching retirement, the HA allowed me to take Diddley. Who also worked there. Not a tour, but a site visit. Going down in a cage with the miners on shift. She, fortified with malt whisky earlier. We were driven to the workface. One mile down. Eight miles out under the North Sea. No pictures underground. All battery devices banned. These YouTubes will give you a flavour of what a privilege it was to experience something that few people can even imagine:

We had to send our measurements to the mine, as all clothes are provided by them. Unless you have spark resistant knickers. Plus extensive mining safety equipment…. 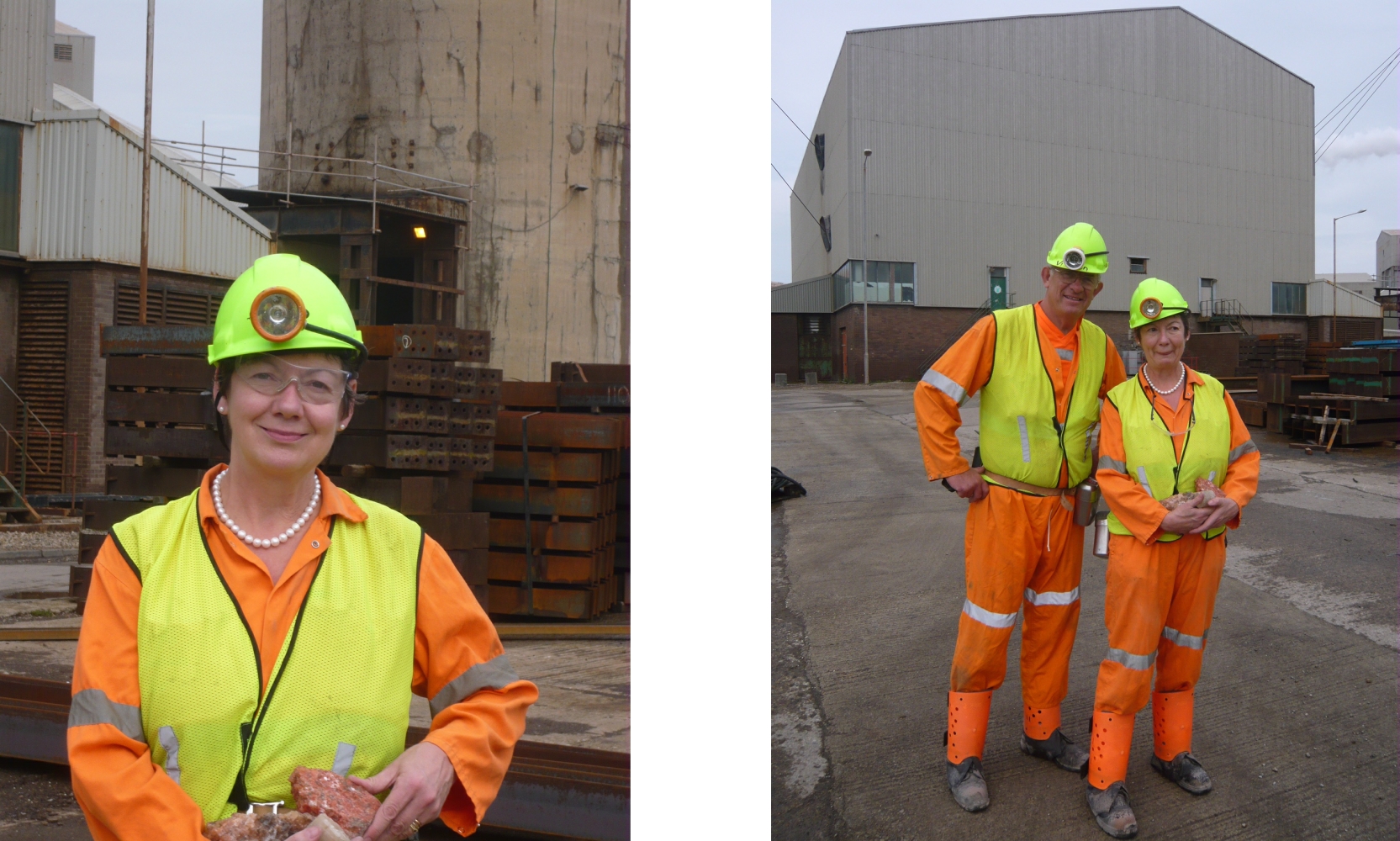 Diddley on her 58th birthday. Dressed and ready to go down Boulby Potash mine. 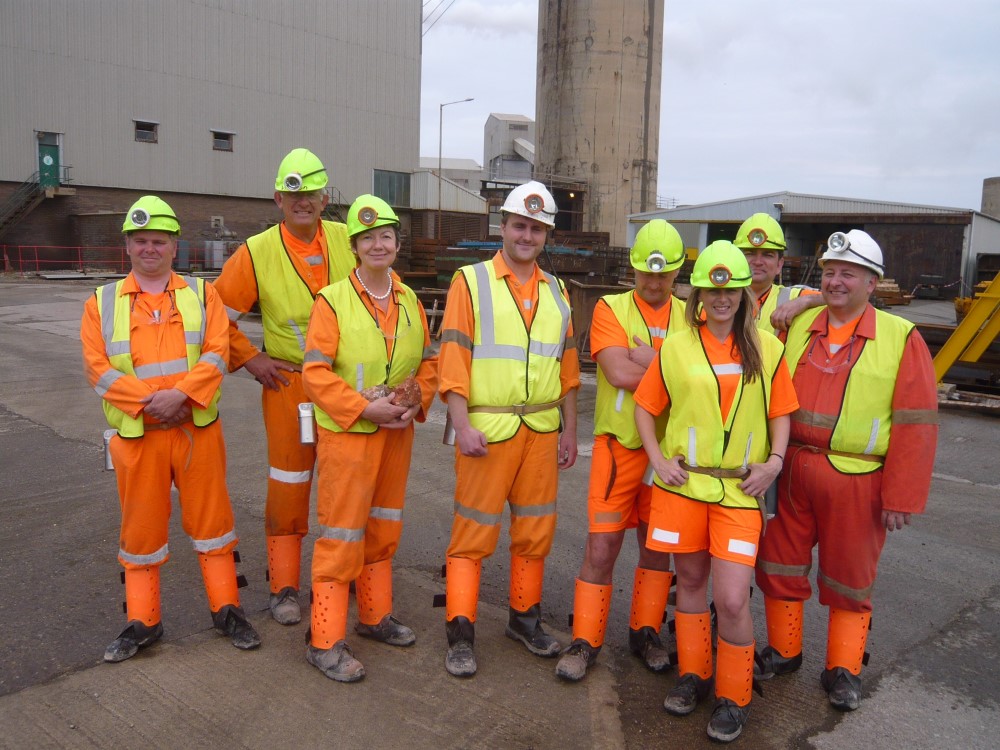 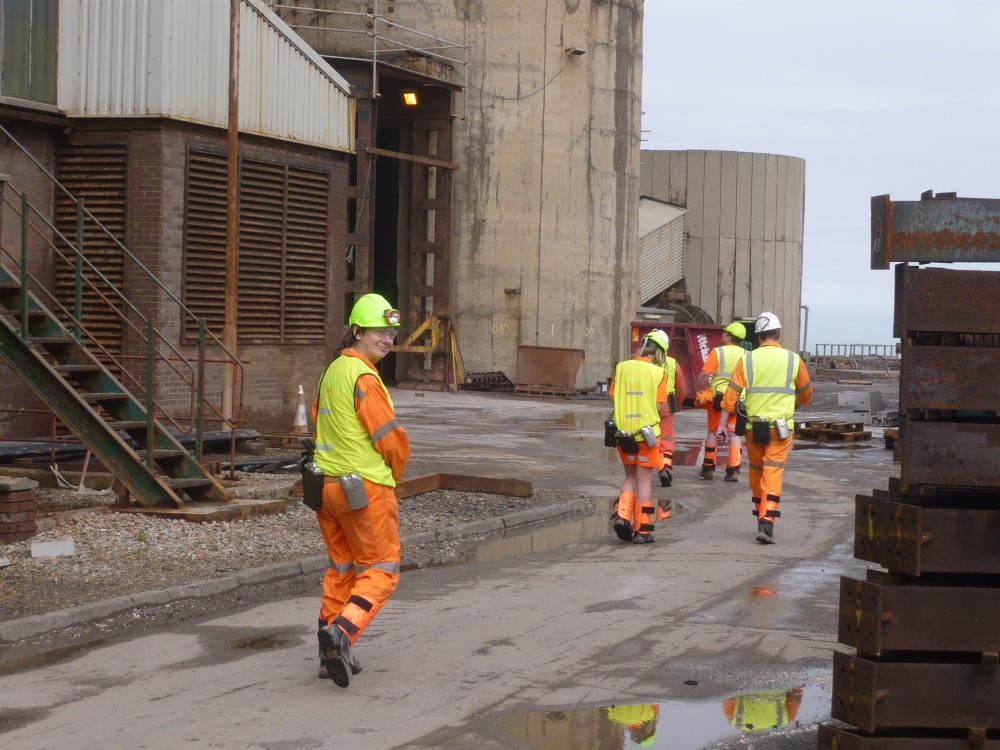 Am I sure about this?

Everything inside the mine has to be lowered from the surface down the shaft and reassembled underground. Massive American mining equipment like dinosaurs creeping along as the workface receded and the potash conveyed back by long belts to the shaft and then to the surface. The further out under the sea, the warmer it got. Surrounded by salt, you needed to drink a lot of water. They showed us an underground safe haven. A large container in which full safety equipment was stored in case of emergency. In which you hid waiting rescue, hopefully.

Poor Diddley was chosen to try on all the breathing equipment and so on. Back on the surface she was so proud of what she had achieved, albeit whisky fortified. The cage alone dropping a mile in 30 seconds was more daunting than any fairground ride.

We were treated royally at Boulby Potash mine, despite it being just a contract visit by the agents of the Highways Agency. I was even paid for it. Had a hire car and accommodation with the job. Whitby was nearby and we chose to stay in a B and B. Never been there before, but instantly fell in love with the place. It was 19 August. The height of the holiday season. Lots of boats, including the famous yellow ones. Advertising… “Come and see the whales”. Couldn’t resist that, or laughing at the comment made by a true Yorkshire lass behind us. “I’ll come, but if I don’t see a bluudy whale I want my bluudy money back.” I did see a whale. Just the big tail sinking into the sea. Diddley had discovered a seaborne bar… 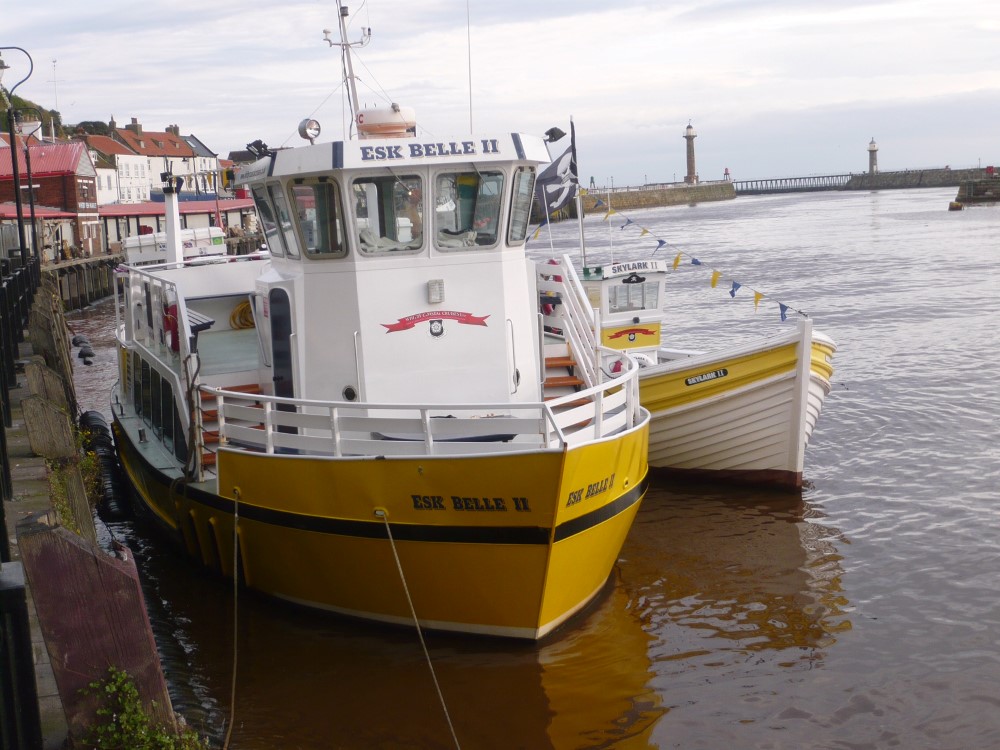 The famous yellow boats of Whitby. Different ones in 2016, but still yellow.

Walking back up Cliff Street to the B and B, I noticed a rental cottage. Took a picture of the details on the door and thought no more. 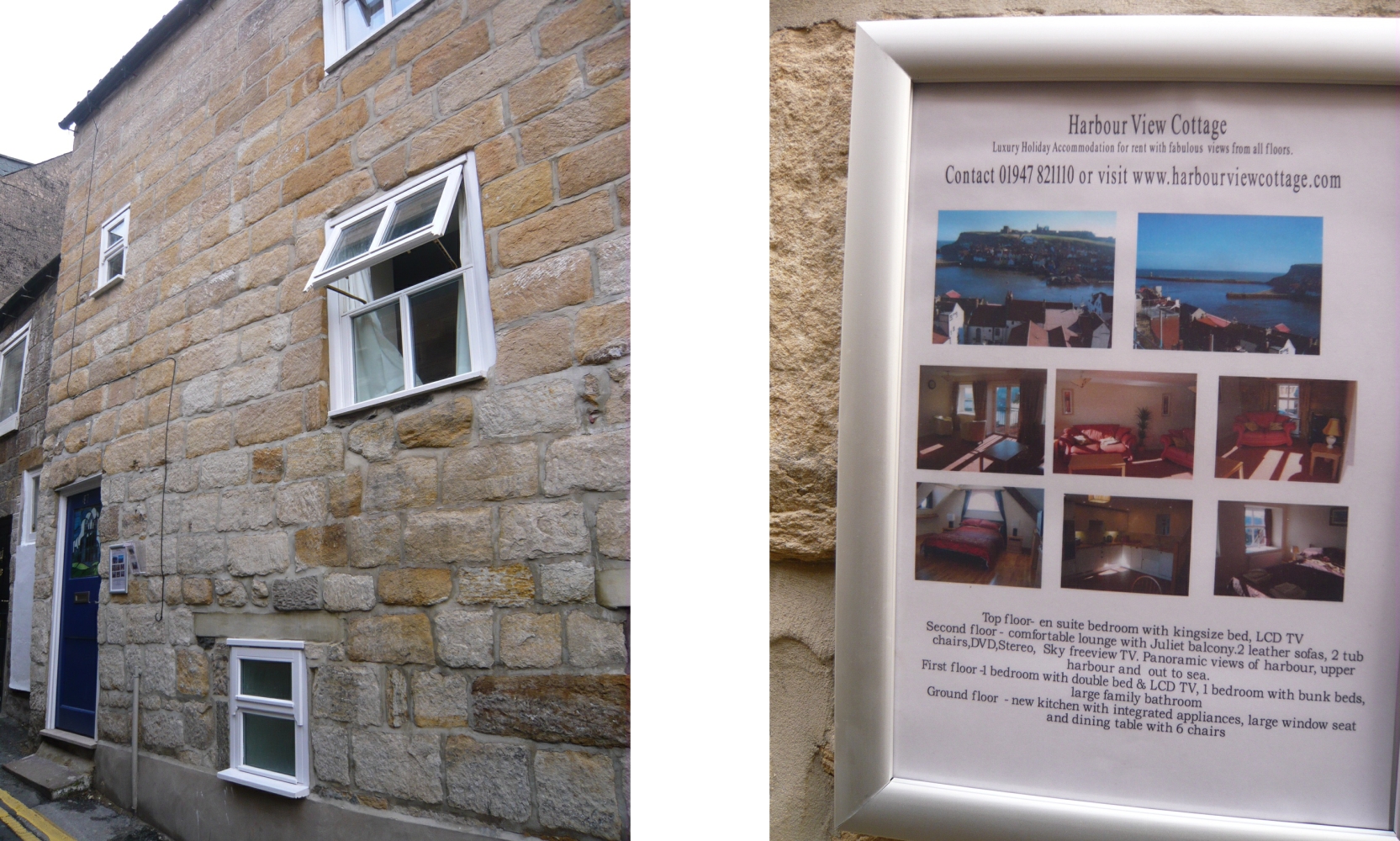 The following winter, we decided to take the grandchildren on holiday. We went to that fisherman’s cottage the next August and started a Whitby adventure for the next few years that none of us will ever forget. The first of those “three days” this September will be later this month. Whitby.

In the meantime we must not forget the tortuous decline of the Yorkshire coal mining industry personified by Billy Elliott.

Here’s the Barnsley Nightingale Kate Rusby singing her own lament.

I love this YouTube. Thank you Chris. Make sure you listen to the brass band entry. 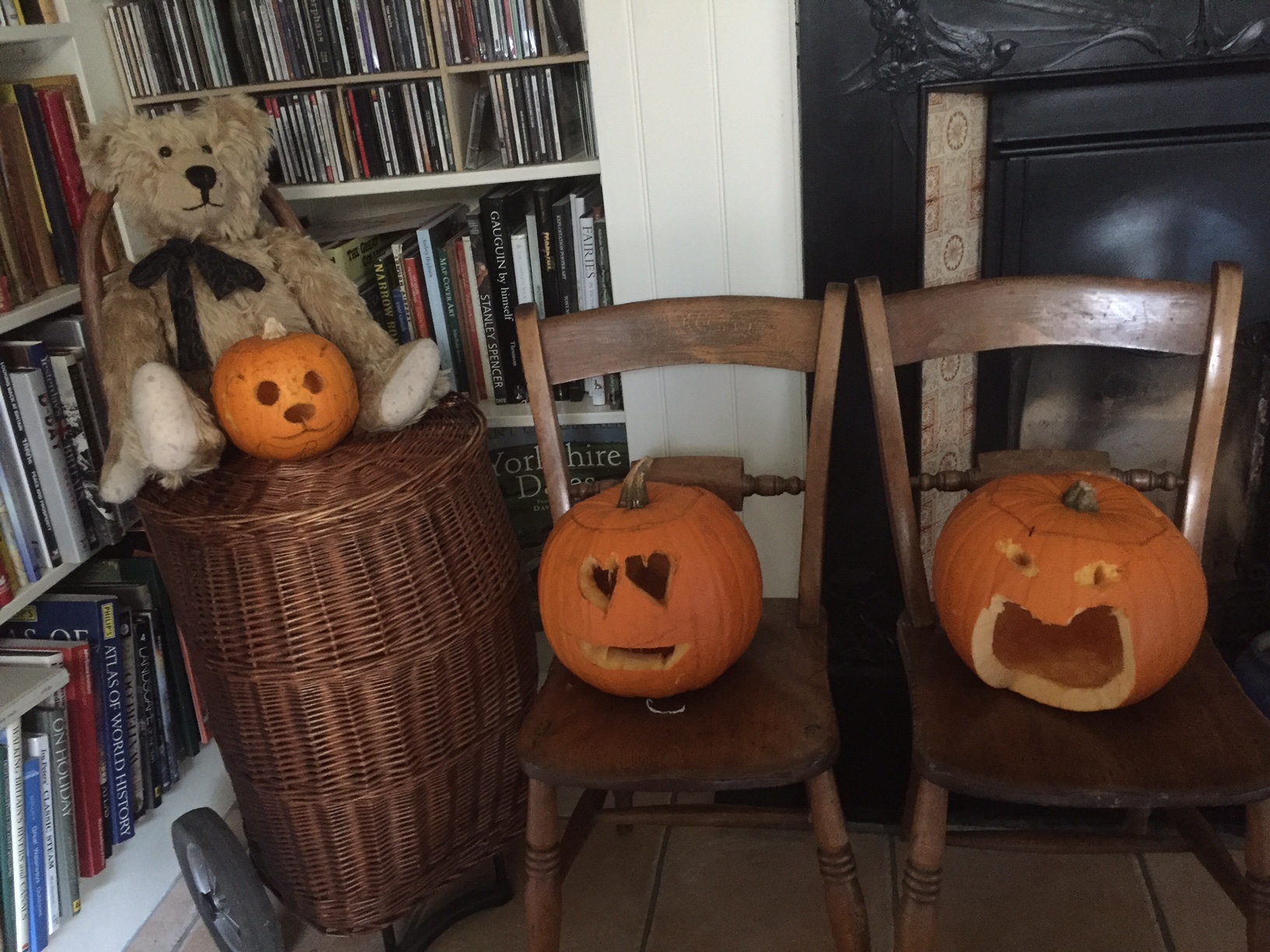 Bertie… “Diddley loved halloween for the children. Our village has always made a big thing of the young ones dressing up and coming round with a parent hovering in the background to ensure they were OK. Pumpkins lined the path to the front door of Laurel Cottage. Cobwebs, cackling witches and Diddley: with a witches hat, green face and cape. A basket full of goodies to share out. Layla, her helper. A queue building up. That last time Bobby trying to encourage her to spread the goodies evenly but she, slightly inebriated, throwing the lot at them and going to bed. Bobby asked the grandchildren if we should do it again this year, but they thought it not the same without their whacko granny. So, here I am. Lighting a halloween candle. 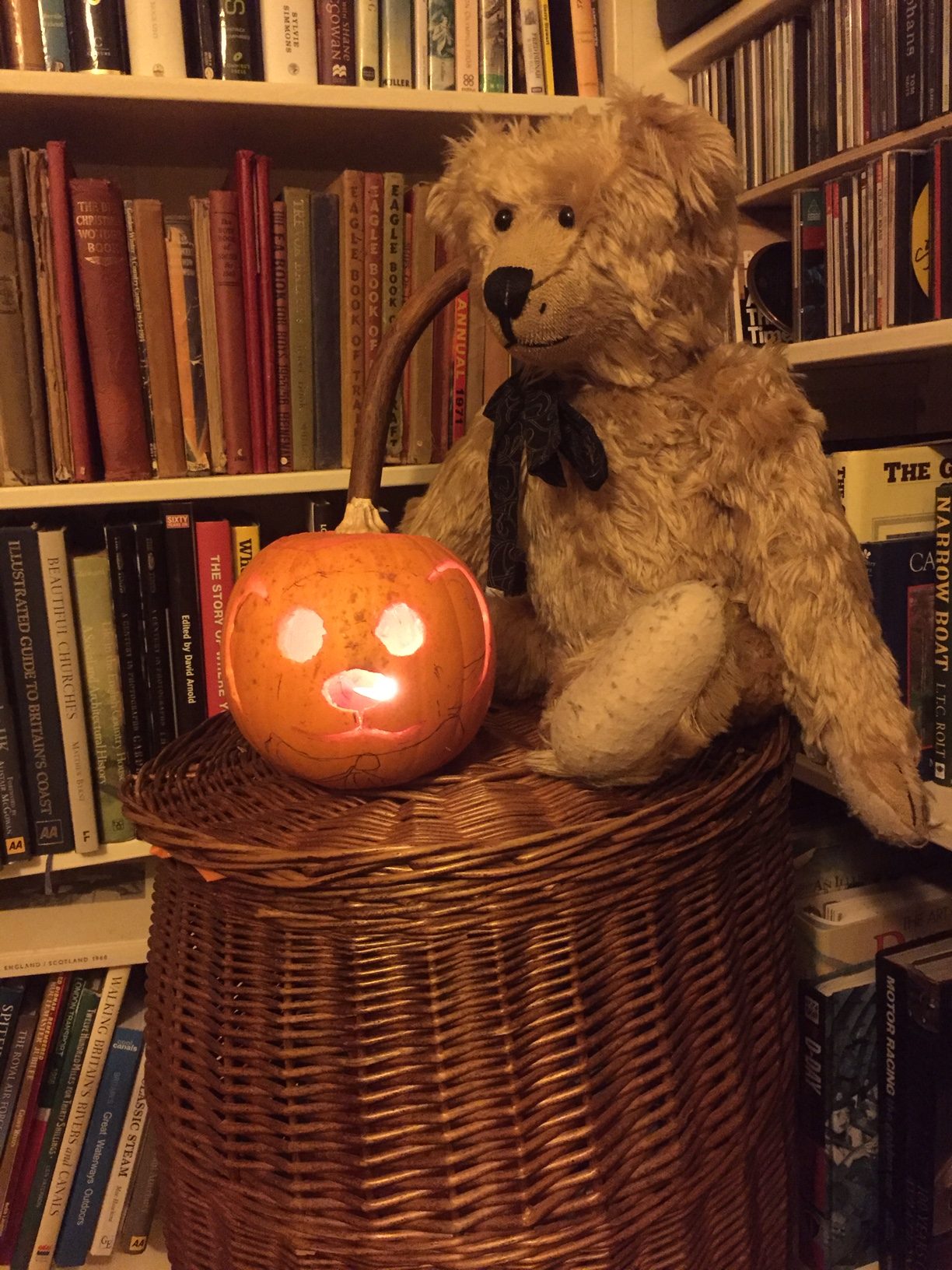 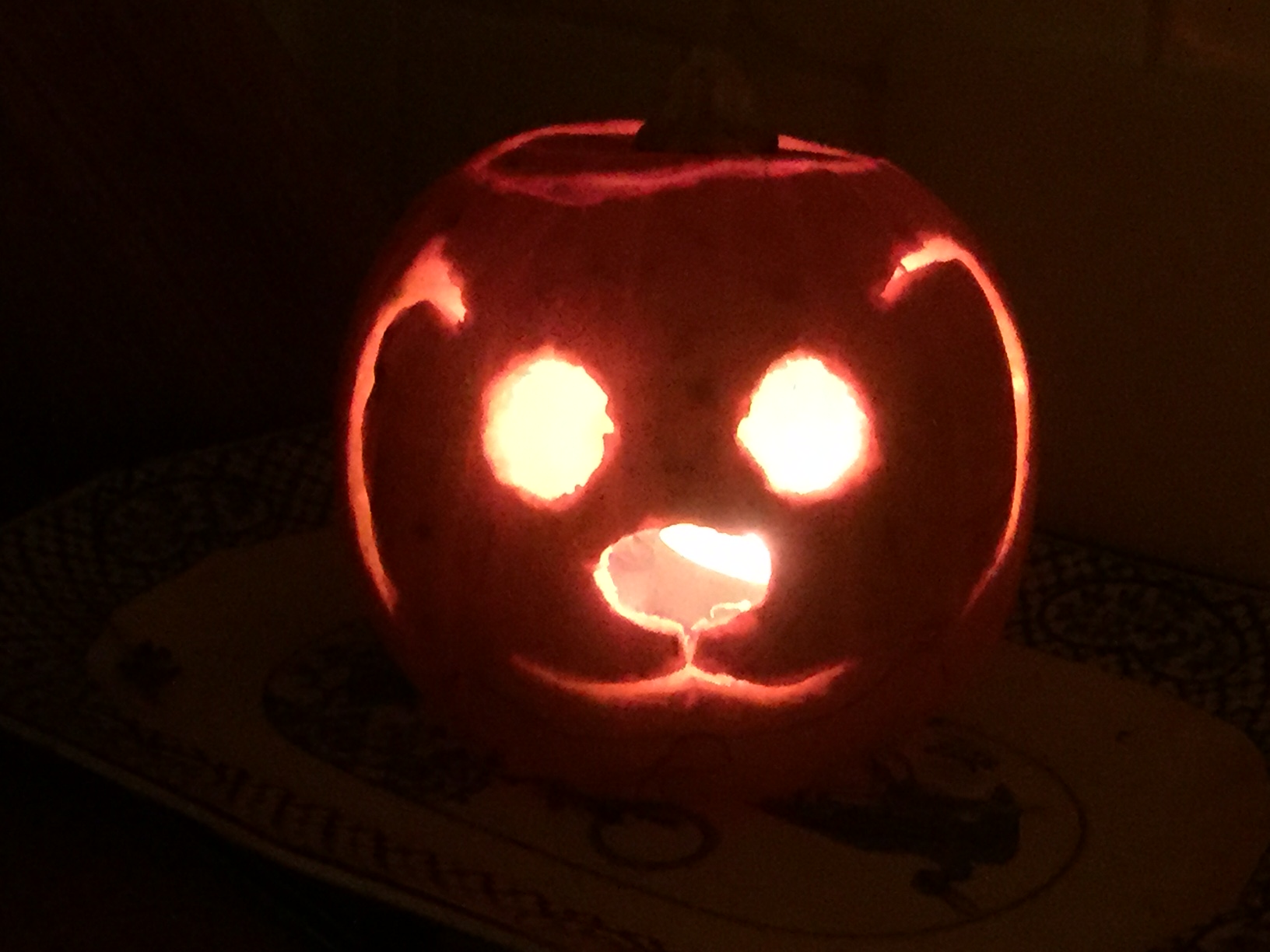 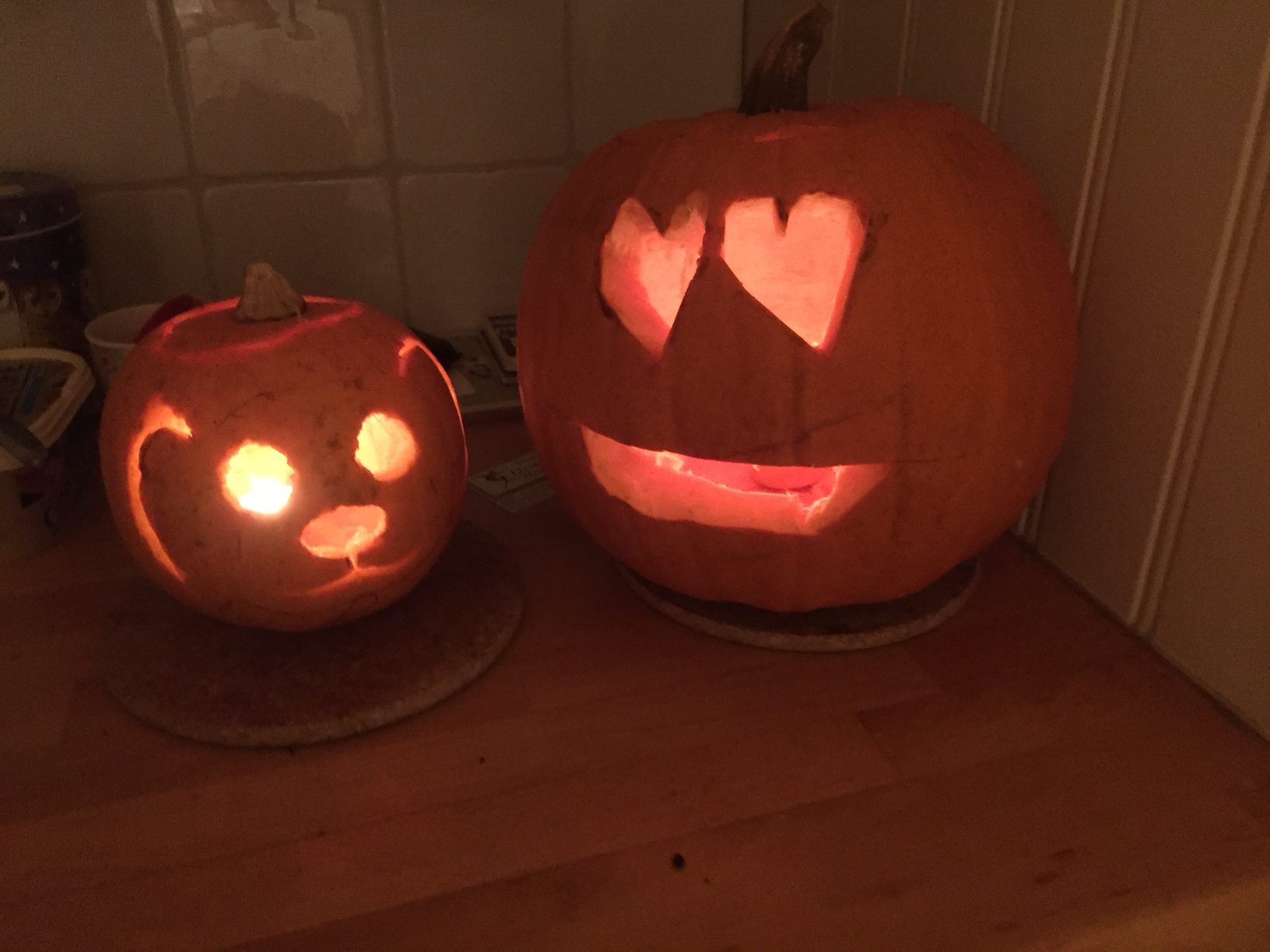