The Day They Cut the Moon Daisies Down. 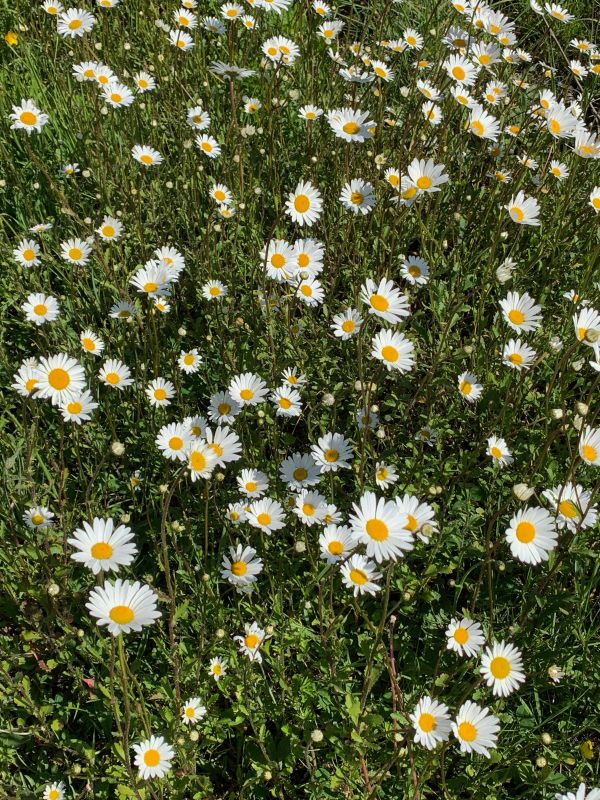 Corr… I dunno. I have never seen him so bleedin angry. Smashing the front door shut and storming upstairs to vent his wrath on the computer keys. I hid inside Bobby 2 with the other bears and hoped he would calm down. 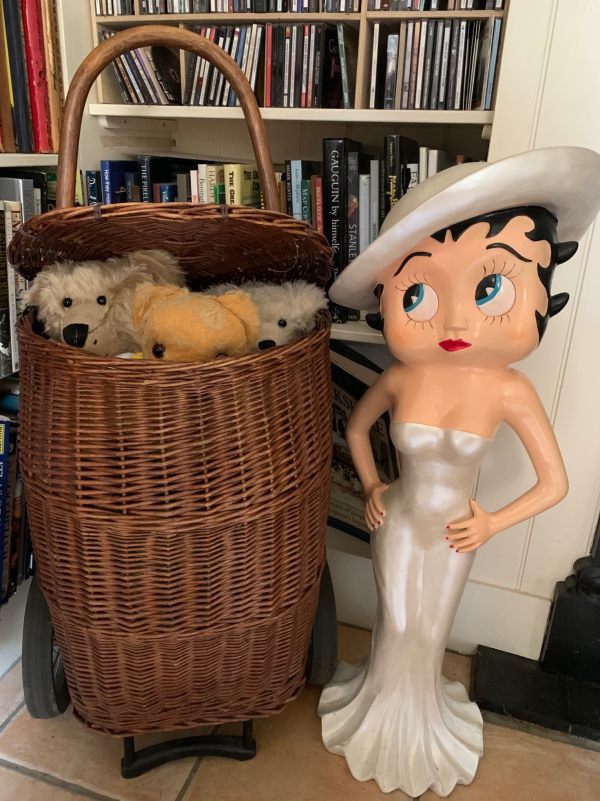 Next thing he is shouting on the telephone and we stayed where we were. Eventually he did calm down came downstairs looking a little forlorn.

“THEY CUT THE BLEEDIN MOON DAISIES DOWN.”

Despite complaints in previous years, it seems that the road authority had started mowing the central reserve and side verges of the A24 just up the road from Laurel Cottage. Just as the wildflowers were about to flower. Diddley absolutely loved them and all the other darling buds of May that have brightened the road side every May since time immemorial. Or at least, until the authorities had started this new maintenance regime. In previous years, local residents had bombarded the local newspaper with letters of dismay. All to no avail in May 2019.

The road authority quoted “sight lines for safety”. This reason did not seem to apply to neighbouring Sussex when considering plants a few inches high. Or later, in the summer, when the wild grasses were going to seed up to four feet high and no sign of the mowing machines!

But, in 2019, they had pushed their luck a little too far. Bobby was on the war path. He immediately drove back down the A24 to where the work had stopped that afternoon. Pushing through the cones, he took photographic evidence of what he could see would be destroyed the very next day. The next day he went back again to photograph the aftermath.

Then we wrote the blog to publicise the debacle through Mindfully Bertie. “The Darling Buds of May Murdered by Surrey County Council”

As a member of the new social media sensation “Next Door”, he published the blog on its news page. Others joined in in support. Including, most importantly, the local Mole Valley District Councillor. She used her contacts in Surrey County Council’s Town Hall to further the issue.

The pressure was gathering. And then Bobby found Plant life UK. A charity campaigning to save and increase Britain’s wild flowers. He wrote to them and received an impassioned response. They were running a campaign to try to “educate” road authorities to save tax payers’ money whilst protecting the natural environment.

Lots of examples of what more enlightened authorities were doing started appearing in the national press. Not just because of Bobby particularly, but a growing army of dissatisfied citizens dismayed at the seemingly wanton destruction of the natural habitat.

In Mindfully Bertie, he vowed to “stop it happening next year”. This blog is to let you know where we are, well in advance of the grass cutting season. Whether or not Covid-19 will affect it or not.

But first of all, returning to last year. We believe that the local councillors met Surrey CC together with Plant Life UK. Later in the year, Surrey announced a brilliant new initiative. Front page of the Dorking Advertiser. They had put in place measures to save £27,000 in taxpayers’ money in reducing the grass cuts on main roads in May. It was all their idea! No matter. All we need to do is make sure they keep their word.

As we speak, the local councillor has contacted her counterpart in County Hall. Both impassioned supporters of the cause. We have contacted Plant Life. Basically, watch this space while we keep an eye on the A24 and any evidence of future “essential maintenance”. 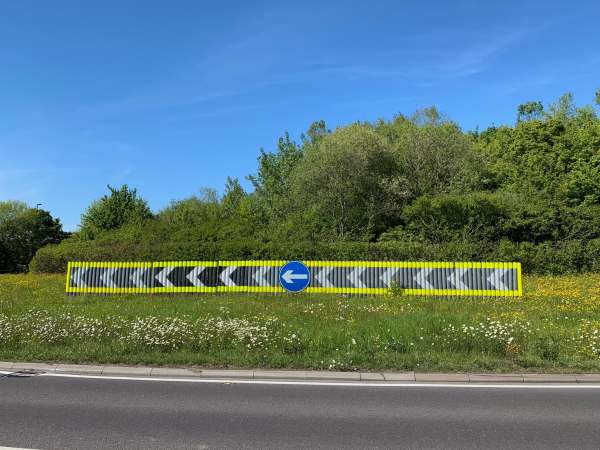 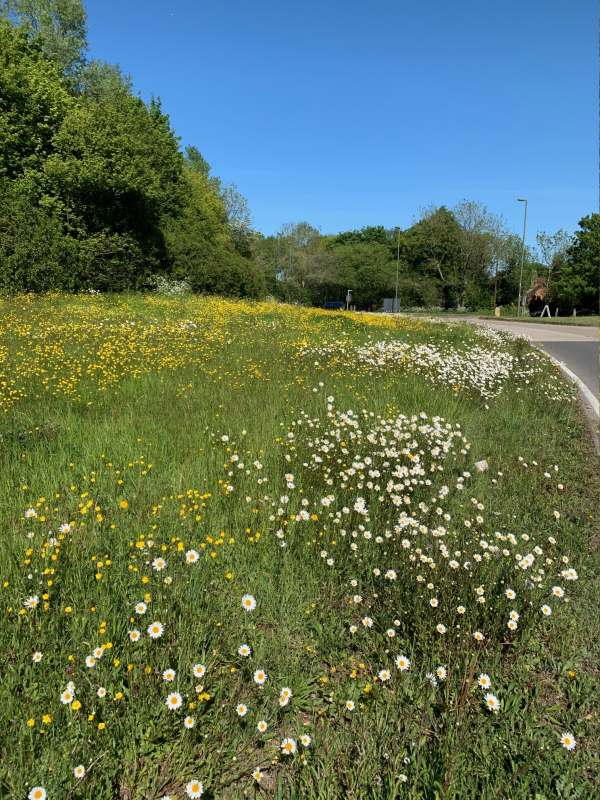 Glorious Moon Daisies (and other wild flowers) before Surrey County Council killed them all. 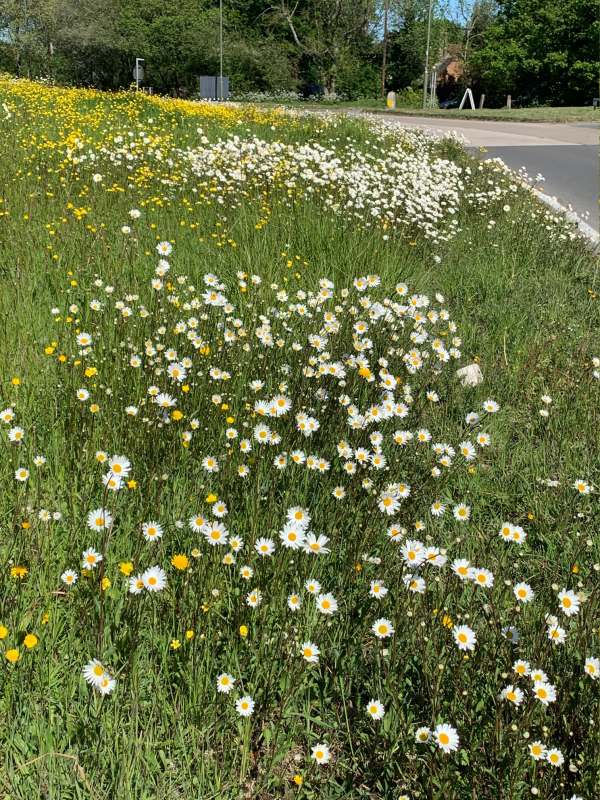 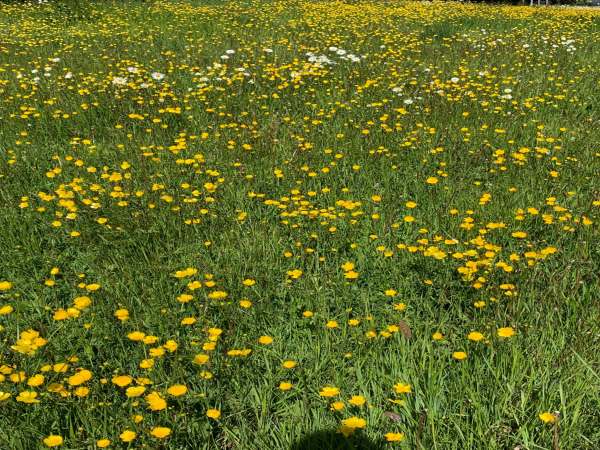 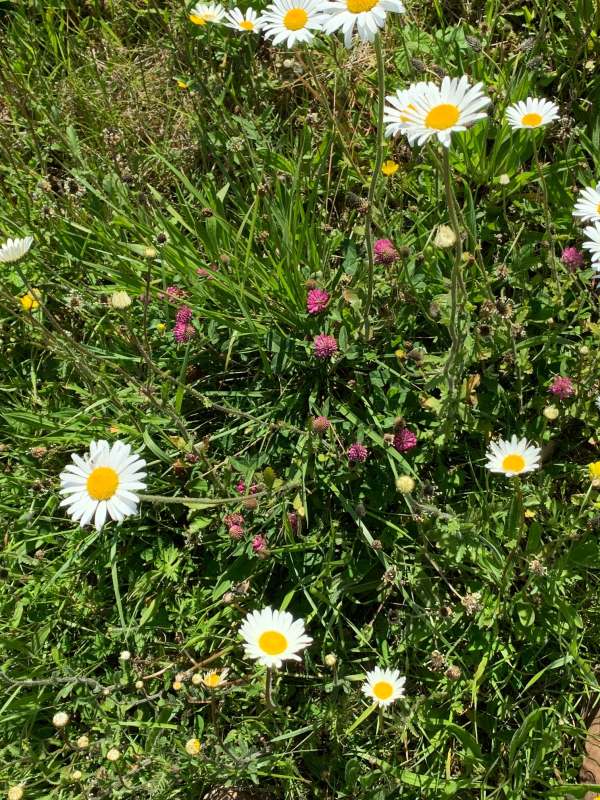 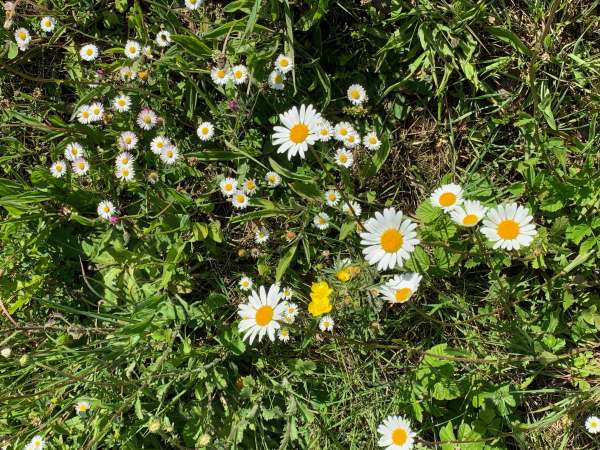 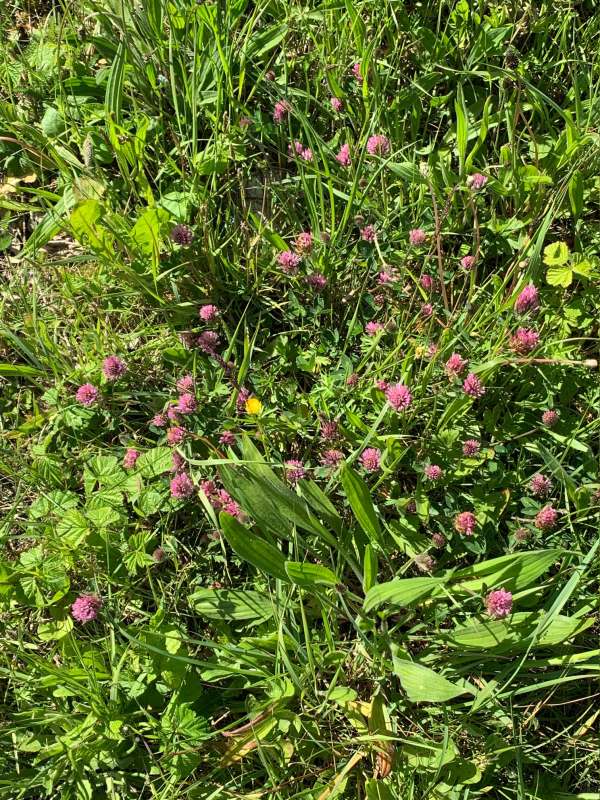 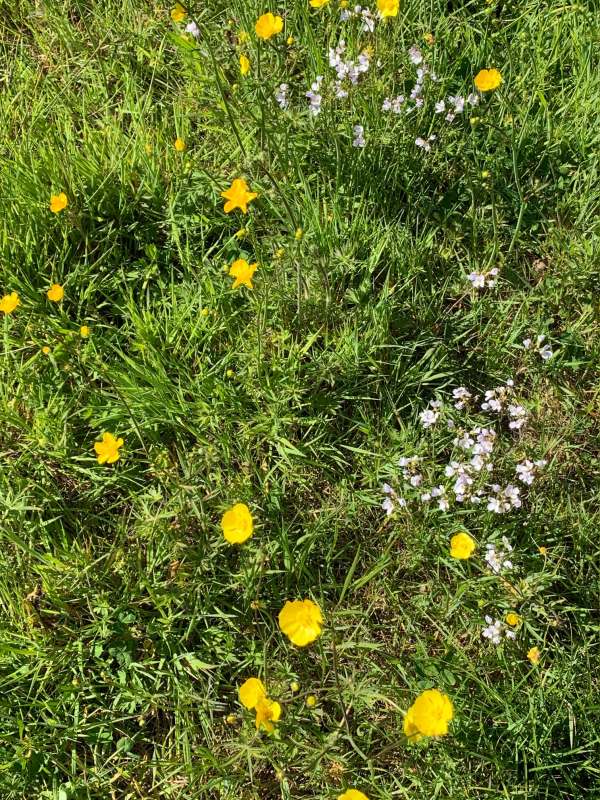 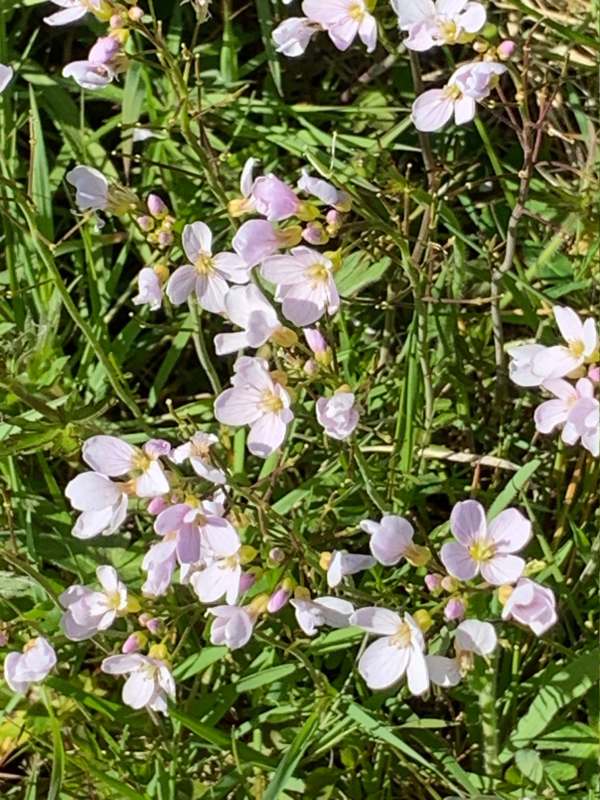 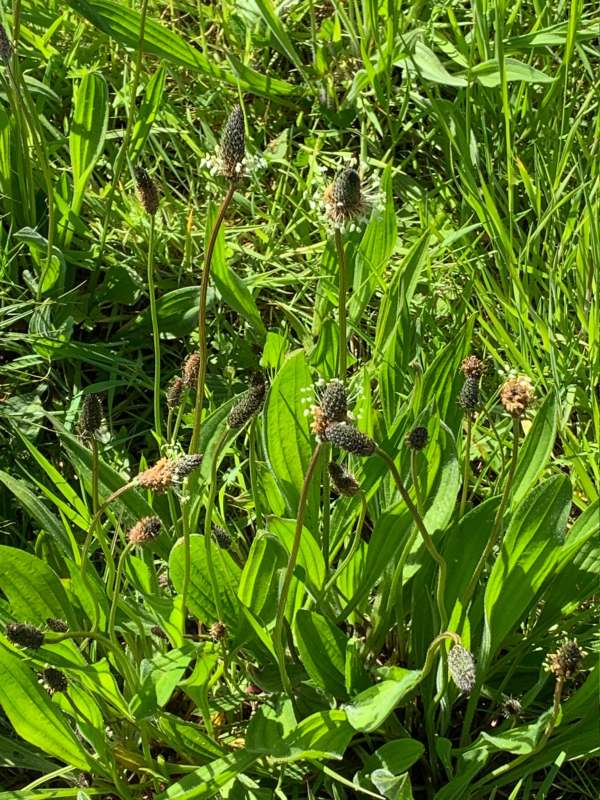 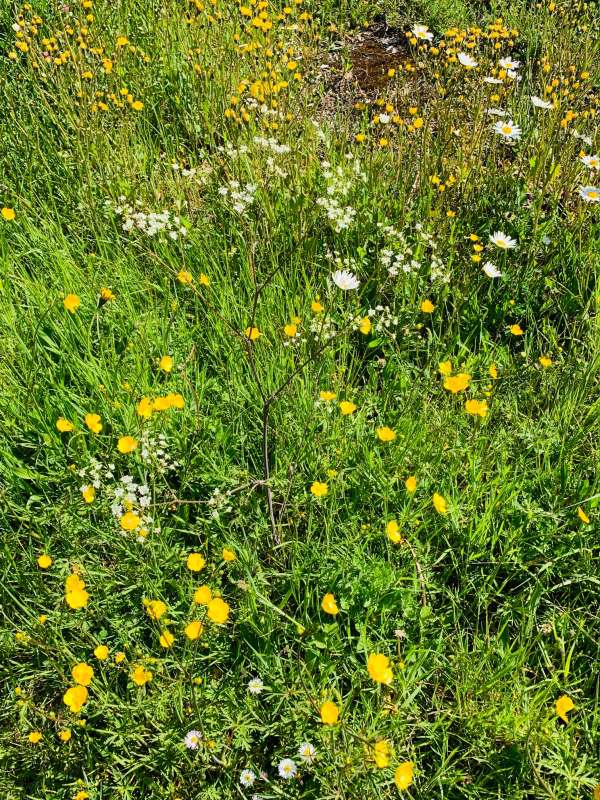 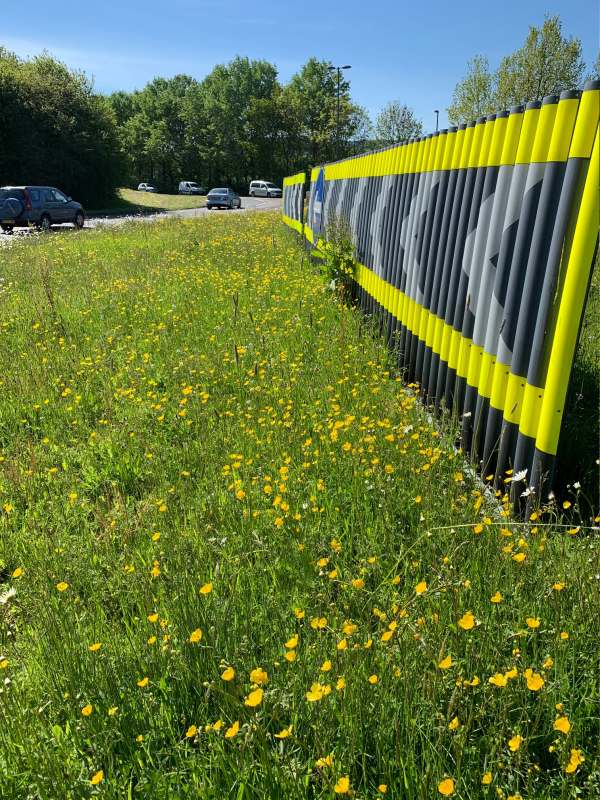 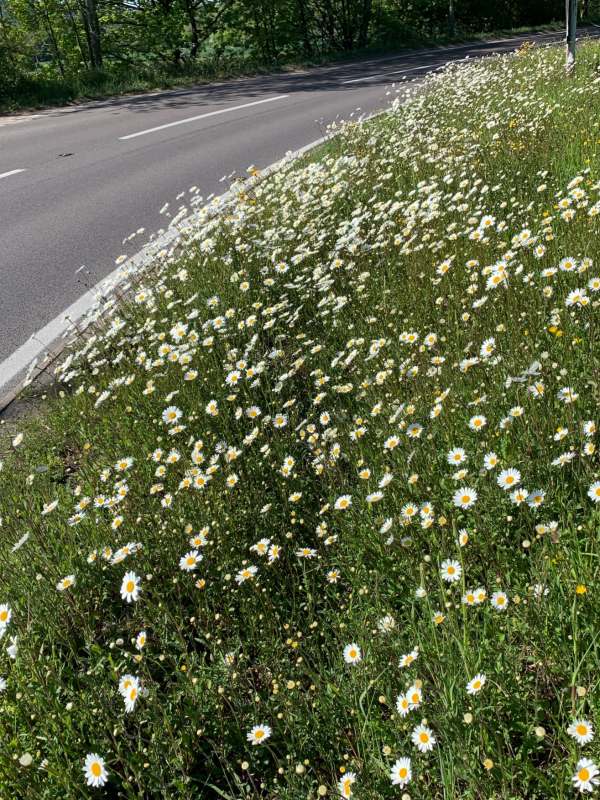 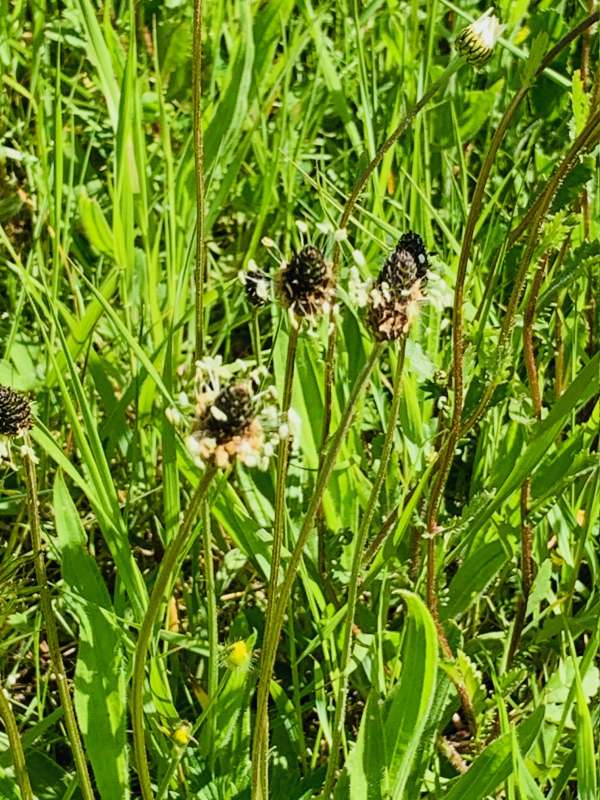 These pictures were all taken within a few feet of the chevron sign. And repeated over six miles of dual carriageway on the central reservation and side verges. 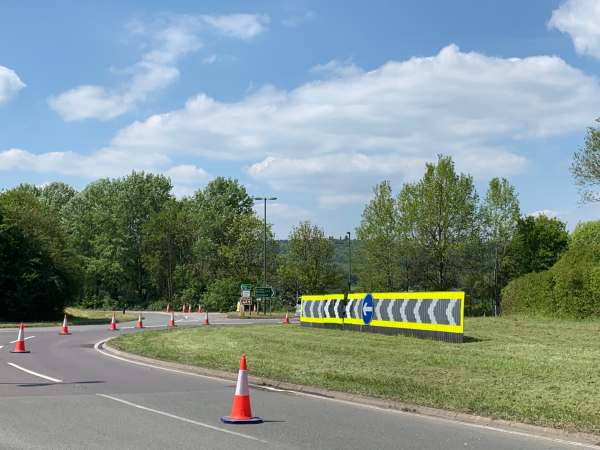 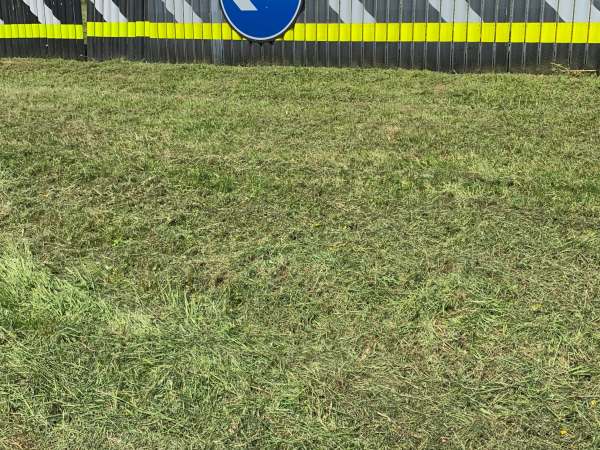 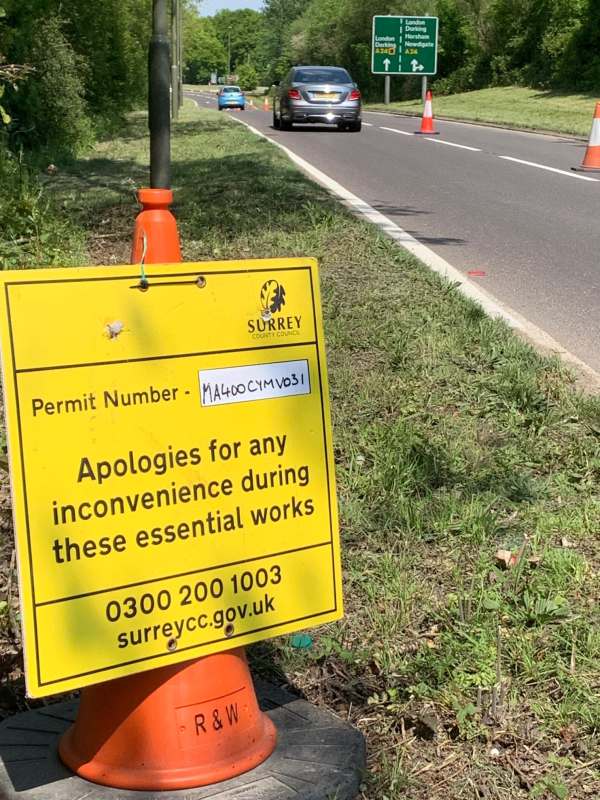 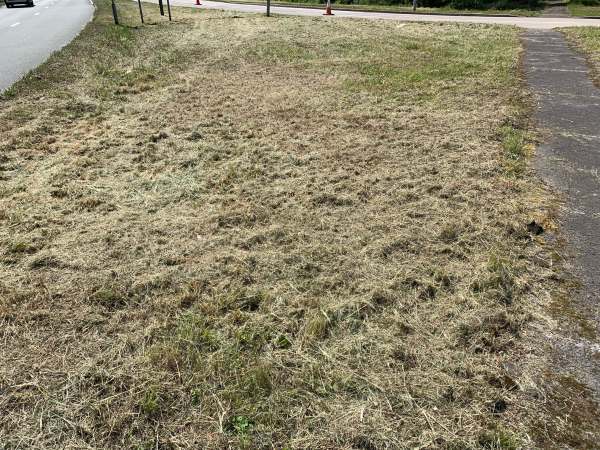 Hayfield. Dead. Lifeless. Hard to believe this had been a thriving wildflower haven for insects and other wildlife only a few days ago. 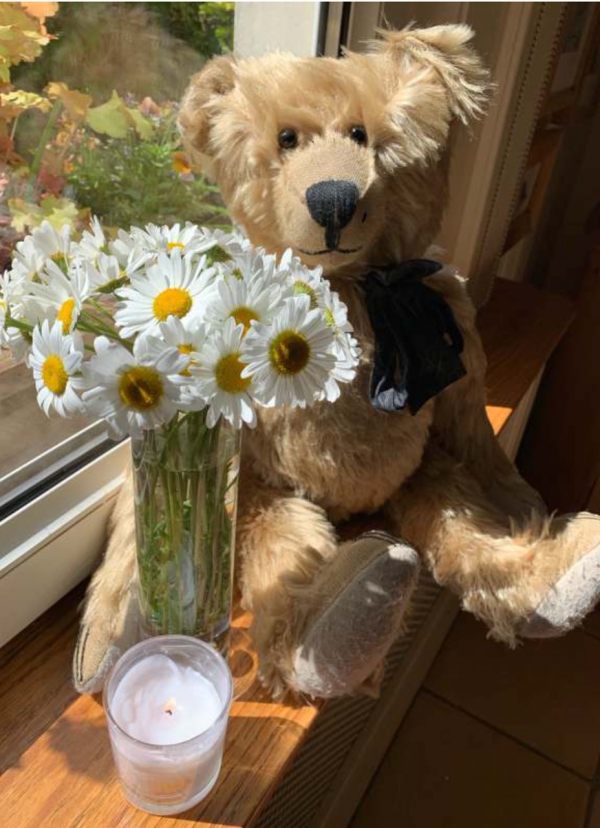