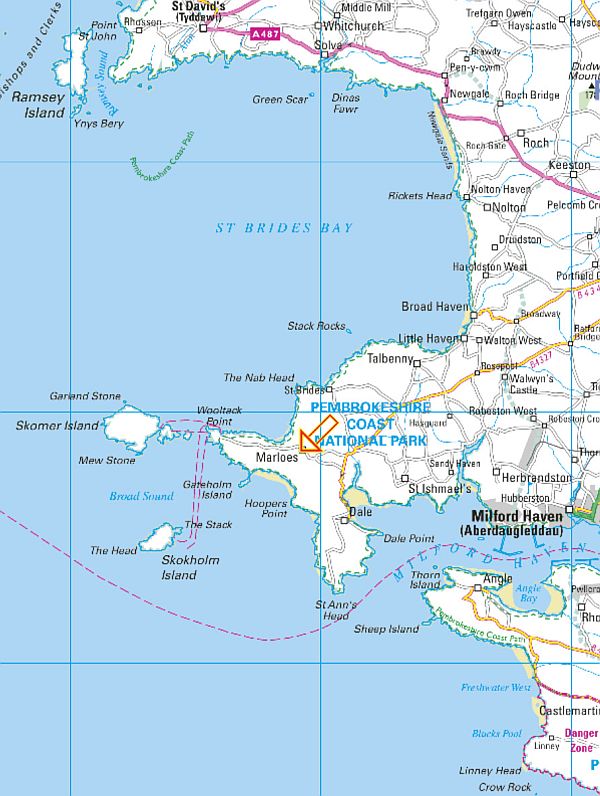 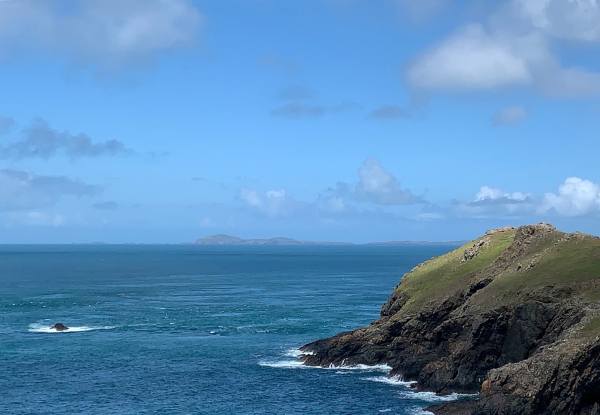 St Bride’s Bay. The hills of Ramsay Island and the St David’s peninsular across the bay. 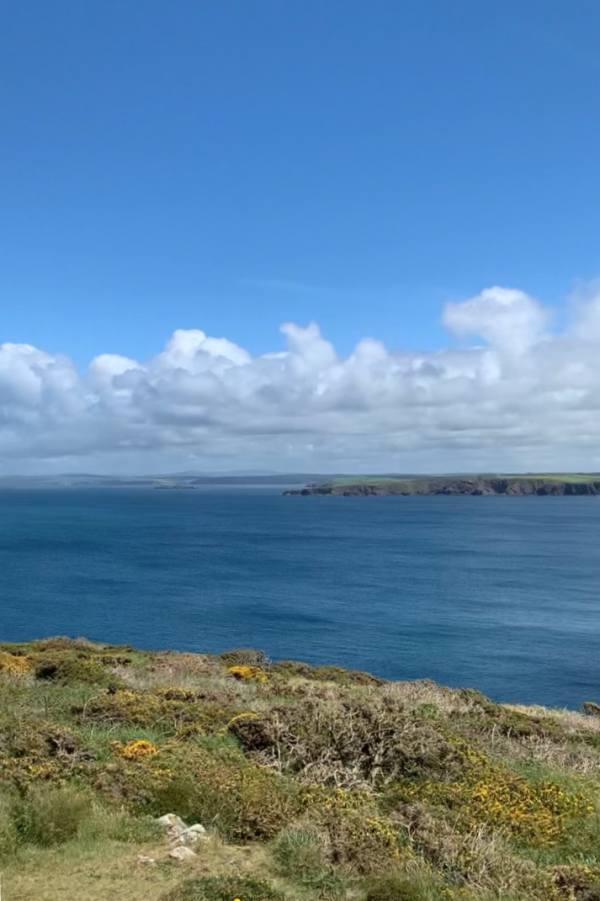 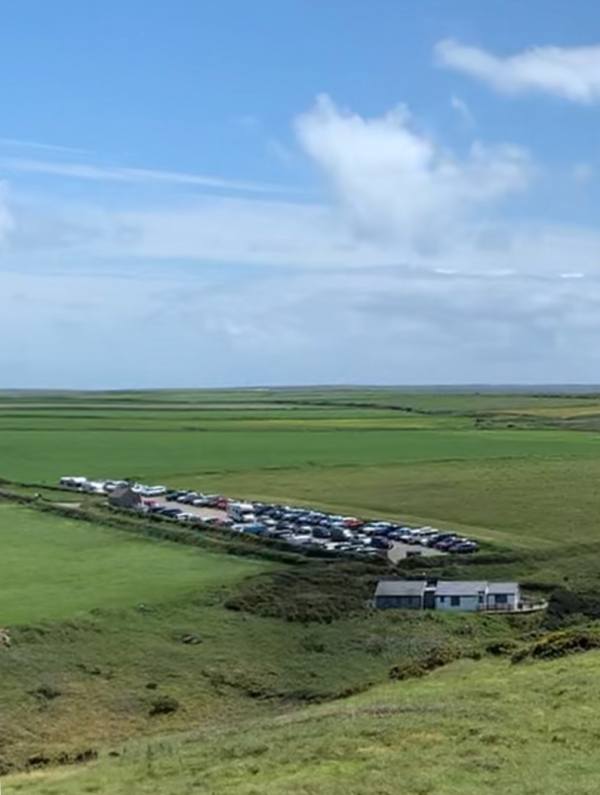 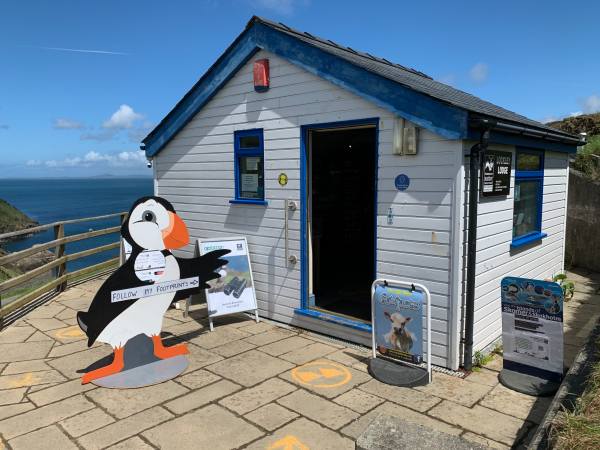 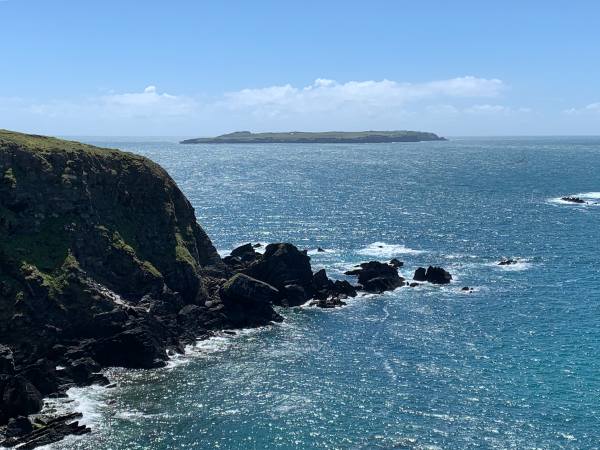 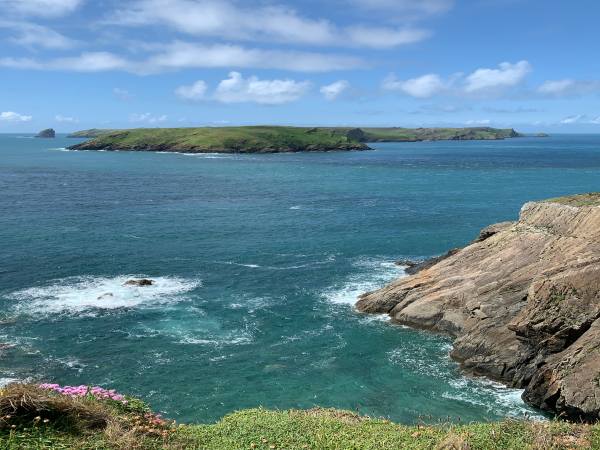 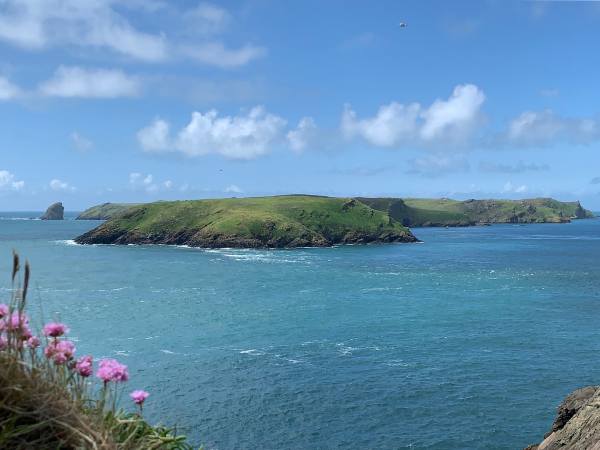 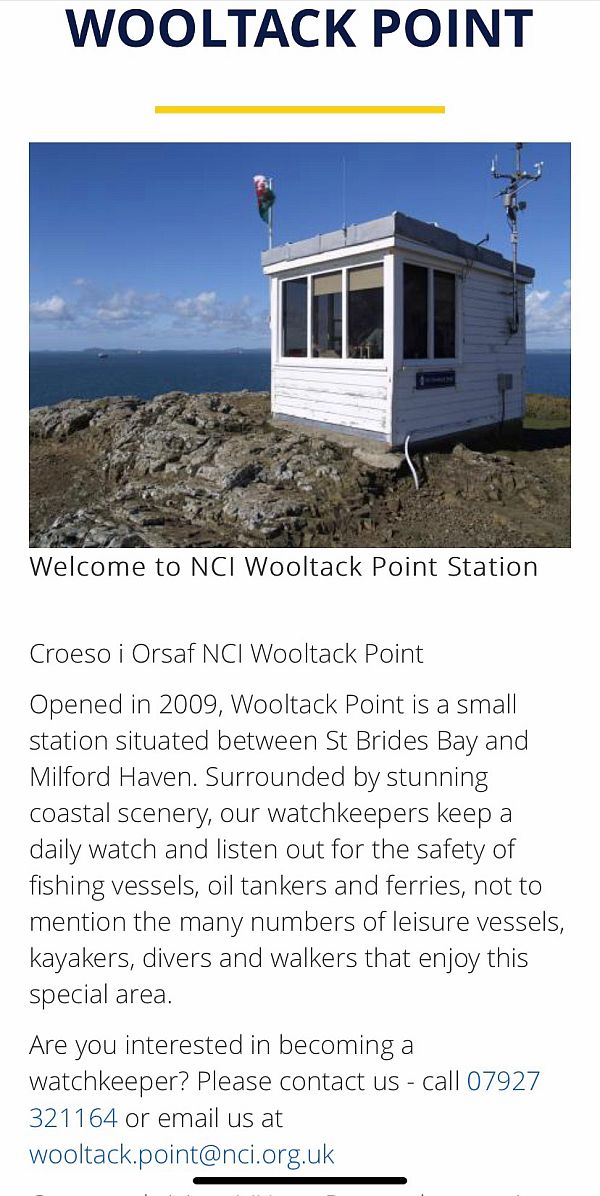 Where the video was filmed from. Within the Deer park. Parking in the National Trust car park.

NCI … The National Coastwatch Institution. There are 57 NCI stations manned by 2,600 volunteers keeping watch around the British Isles from Fleetwood in the North West, through Wales, to the South and East of England to Hornsea in the East Riding of Yorkshire.

NCI watch keepers provide the eyes and ears along the coast, monitoring radio channels and providing a listening watch in poor visibility. They are trained to deal with emergencies offering a variety of skills and experience, and full training by the NCI ensure that high standards are met.

This story was due to be posted two weeks ago, but was usurped by football. The video above was filmed on 3 June. Later that day, in a world of supreme contentment, Bobby managed to have a nasty fall crossing a small stream on the coast path. No permanent damage!

Just last week, in Brighton, he had another fall in a shopping centre. Neither was a cause of permanent alarm, but just bad luck. The problem is von Willebrand’s. Small problems can be exacerbated by the condition. Most dramatic of all was the heart attack in 2019. The entire medical procedure had to be done under a telephone conference with St George’s Haematology team in Tooting.

In Al-Anon we talk about higher powers. Or maybe just “is someone trying to tell you something?”. Suddenly he is conscious of hazards. In particular travelling by boat to a remote island being full of hazards to a 77 year old. Not just for him, but the island wardens who would be faced with an emergency that could only be resolved by helicopter.

So this is a very fitting time to post this story with no regrets. After 35 years, waving to those wonderful islands from the mainland. Just moving onto the next adventure that we will write about in Mindfully Bertie.

Nevertheless, it does feel like the end of an era for me and the other bears. But, as Bobby reminds us, I didn’t go to either Island until 2016. If you look at the list, you will see that St Bride’s Bay came before Skomer and we are all going to stay at Broad Haven on St Bride’s Bay in September.

It’s also worth remembering that the real reason Eamonn went to Skokholm in 2019 instead of me is that he is a lot smaller and took up far less room in the luggage. Bobby was getting more and more tired of the effort taken to get to the island. 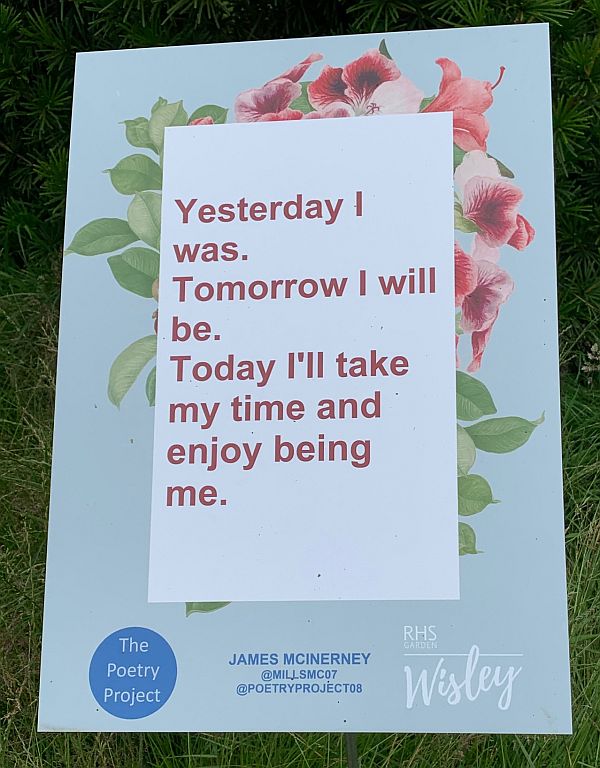 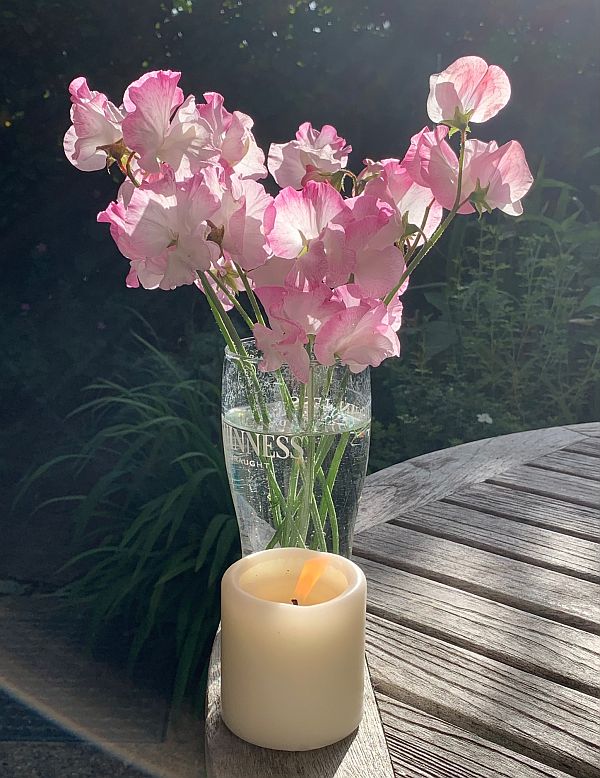