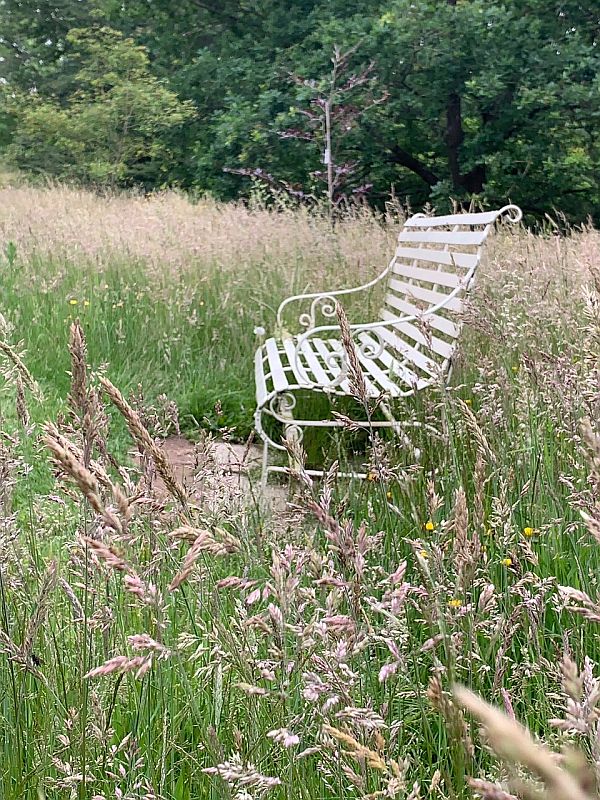 Far From the Madding Crowd at Wisley Gardens. Book your online ticket early. The timed slots soon get filled up. Choose an early one to avoid car park bedlam. But don’t be deterred, later is OK if you are patient. Late afternoon is a lovely time to go, and the gardens close at 18.00.

If you are a member, you have the luxury of going any time you choose. For a variety of reasons. Last week, we went for Bobby to read a book. A lovely little book. This one: 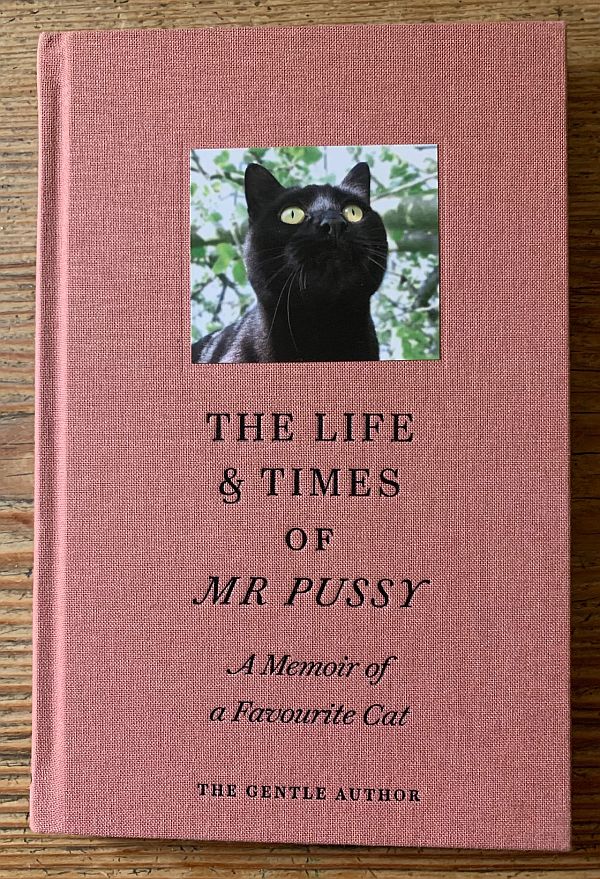 Just 52 pages about a cat. A very special cat. Written by Bobby’s mentor. The Gentle Author. Read before, but one of those books that you can read time and time again for the uplift in spirits it gives you.

A day when the glorious Peonies and all the other wonderful flowers could be consigned to next week. This week was a picnic. Watercress and tomato sandwiches. Watercress from Kingfisher Farm Shop. And here is a little secret he found out this week. The Tillingbourne River that flows alongside the watercress beds is not the source of the water required to grow watercress. That comes from a nearby spring.

The afternoon drew on. People dispersed and soon the garden was the province of those who like the quieter time. Those who like the less visited parts of the gardens. The book was fully read. An hour to go. Just time for the Jubilee Arboretum. Currently a glorious hay meadow. No-one around walking along the mown paths bewitched by the waving grasses.

There, in front, was the former trial beds. Once the preserve of exotic plant trials, now moved to the former garden centre. From a distance, it didn’t look inviting any more. Few people around. The noise from the close-by A3 impossible to ignore. And the beds seemingly allowed to go to wilderness.

How wrong could he be? Wildflower meadows par excellence. He wondered how many of the those crowds ventured down to this noisy, overgrown wilderness. And missed the glorious meadows. Crowds are only indicated by the car park. Inside, the gardens are big enough to never feel overcrowded.

The wildflower meadows and the hay meadows won’t be like this for long. When they go to seed and are cut down. Fleeting pleasures here and in the world beyond. Even along the A24 near Dorking where We Saved the Moon Daises. 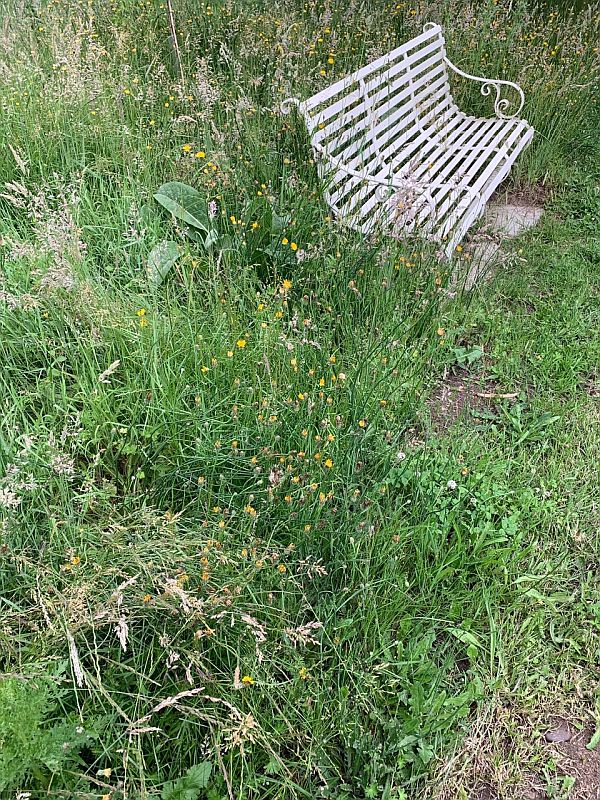 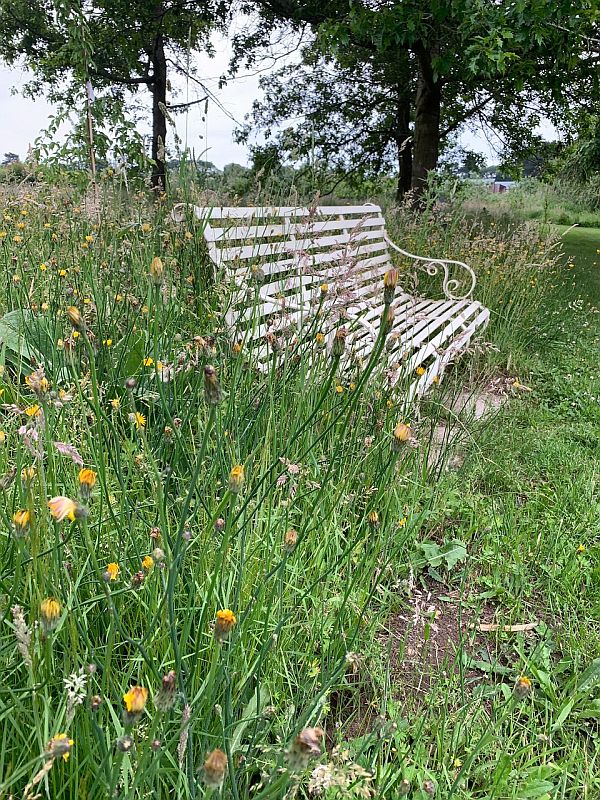 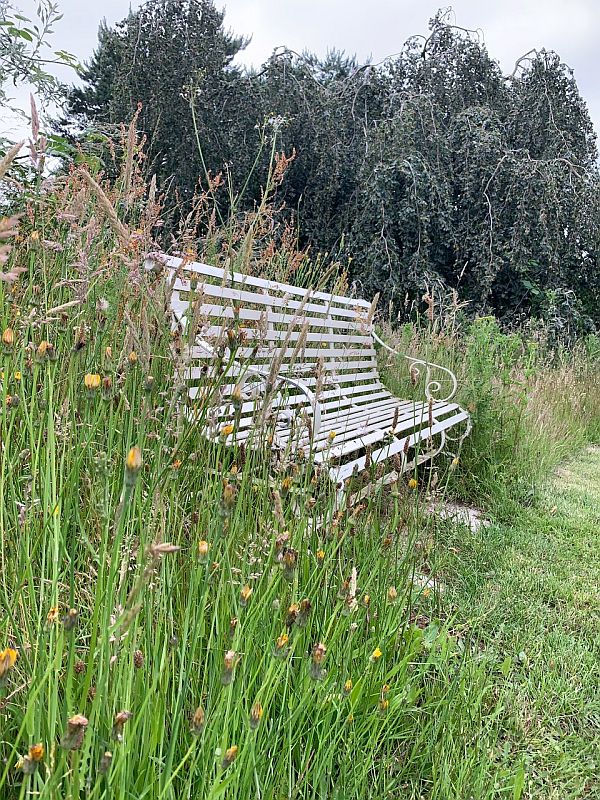 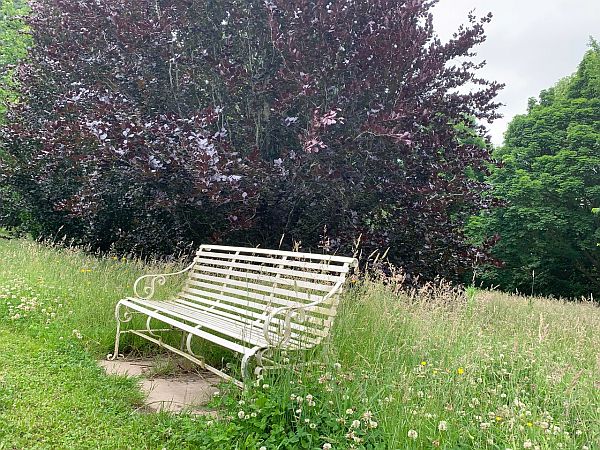 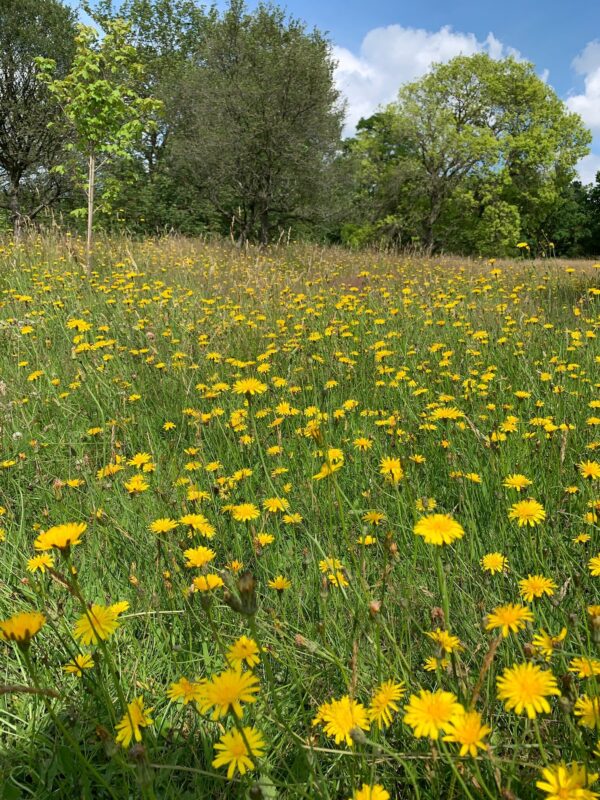 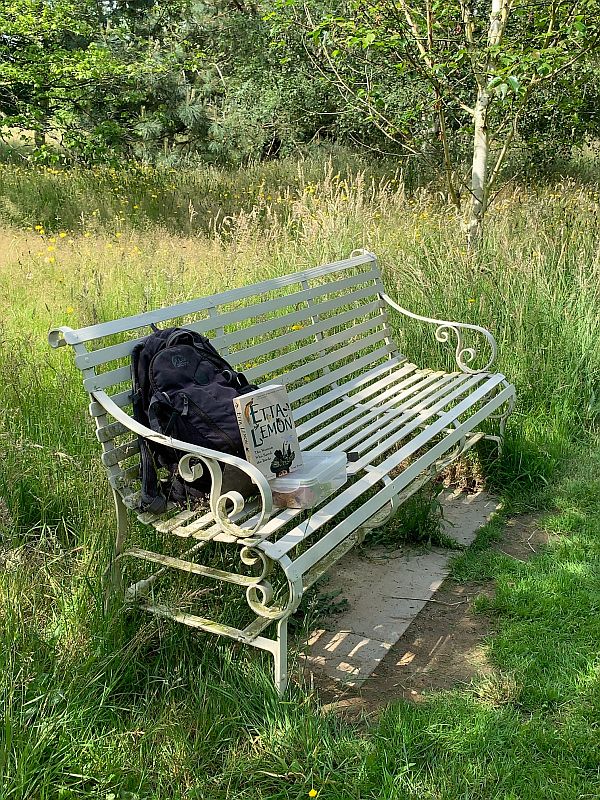 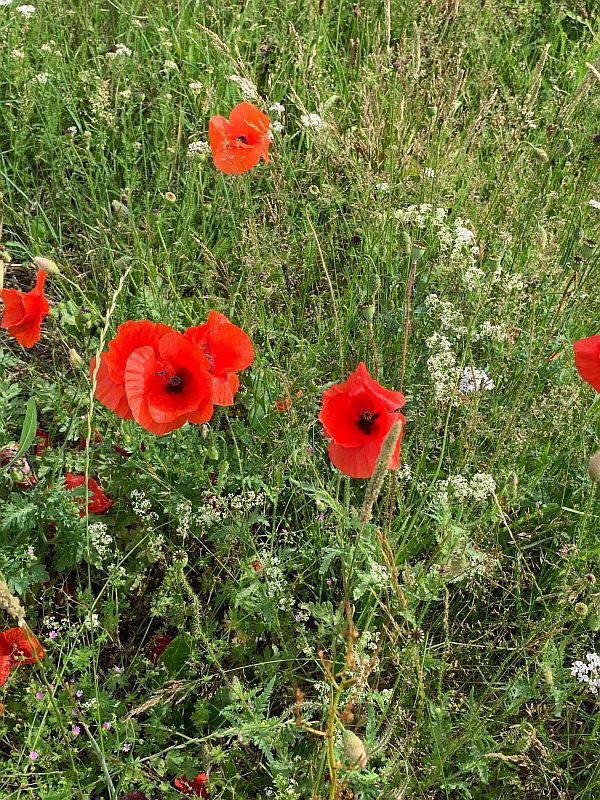 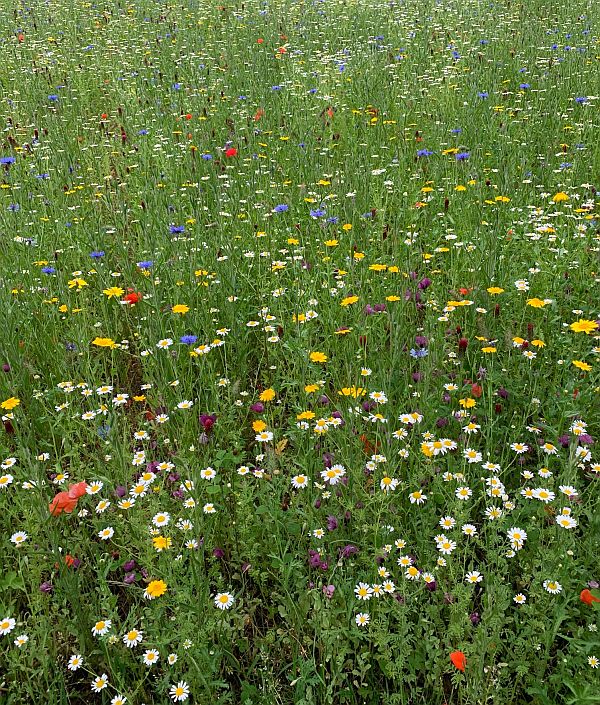 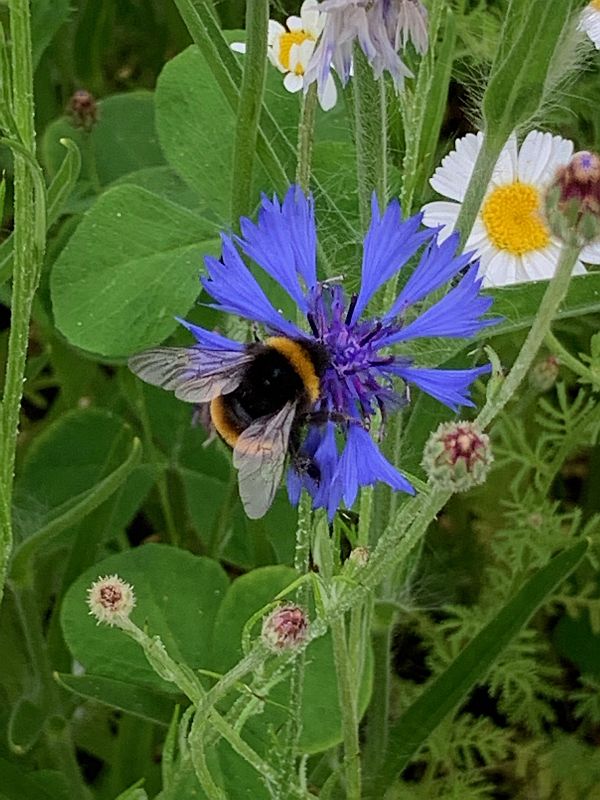 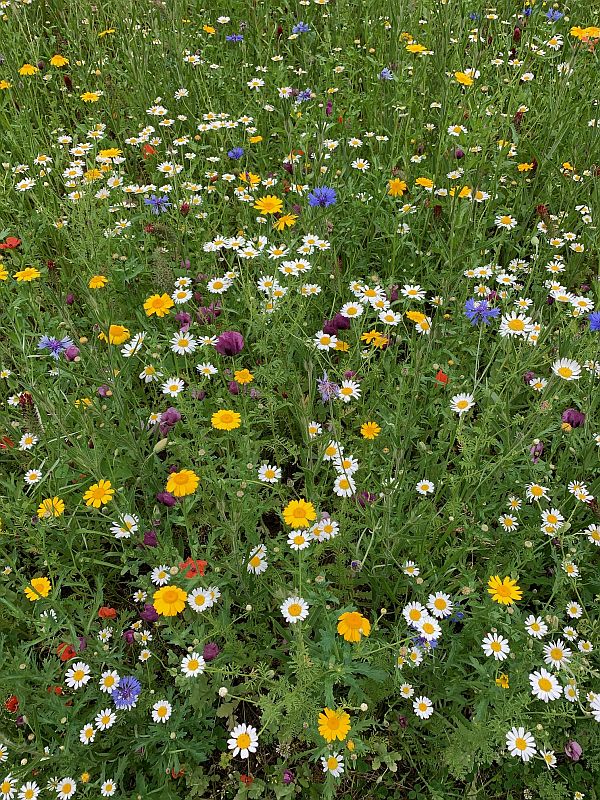 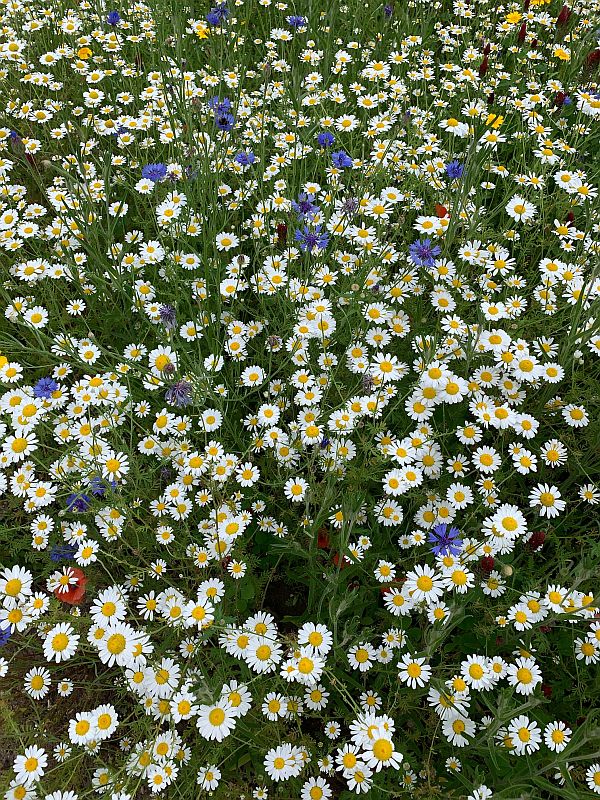 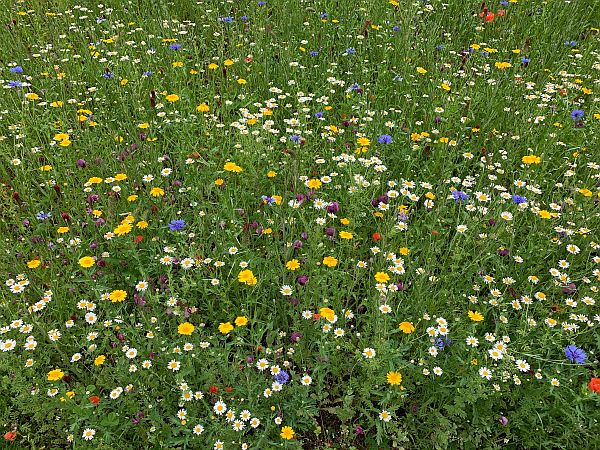 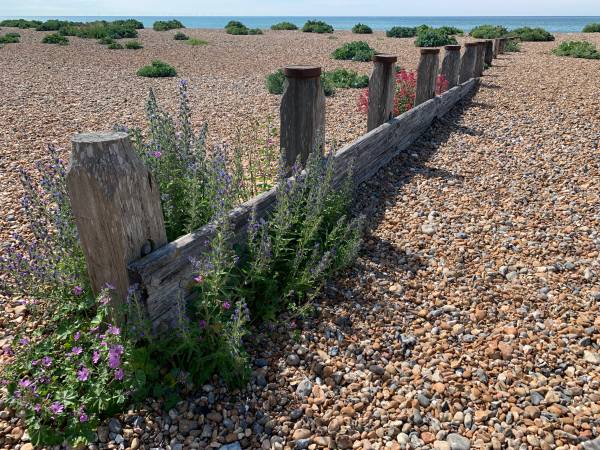 And here we were on the beach with few people around. Some lovely maritime flowering plants. The sea glistened as we stood by this beautiful blue bush watching the Bumble Bees. And then noticed something remarkable. The Bees were making a nest in the decaying top of the breakwater post. We even videoed it (see below). And then walked, as the tide was coming in, along the beach to the Bluebird for an ice cream. 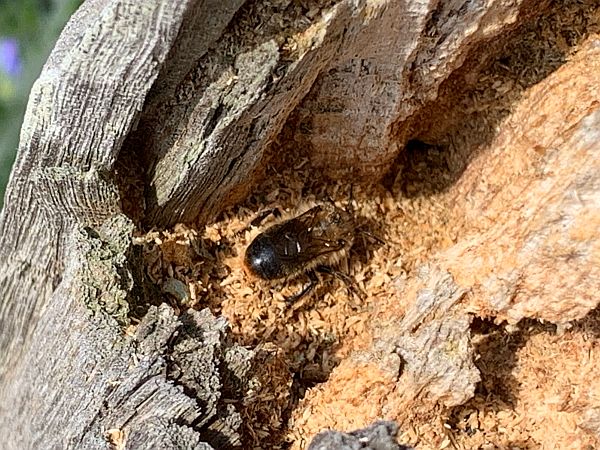 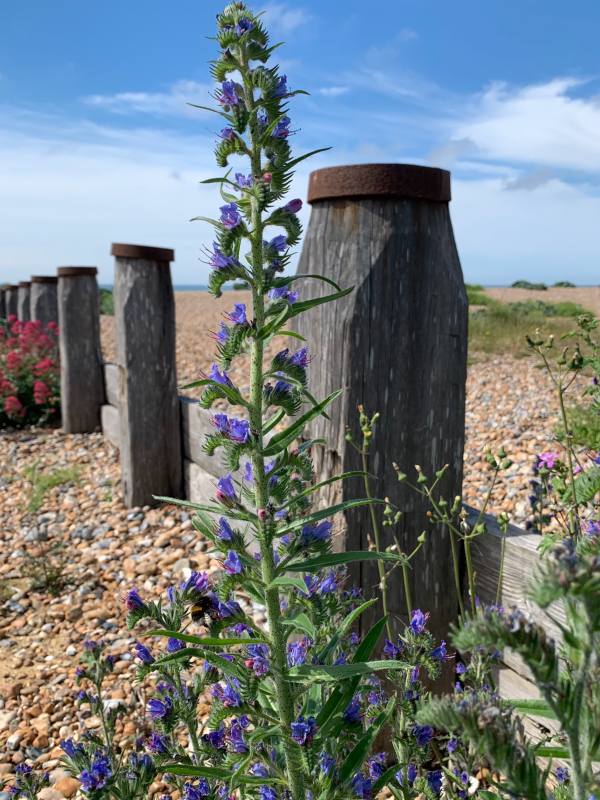 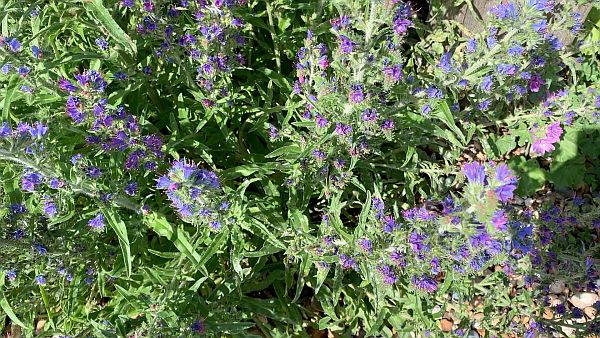 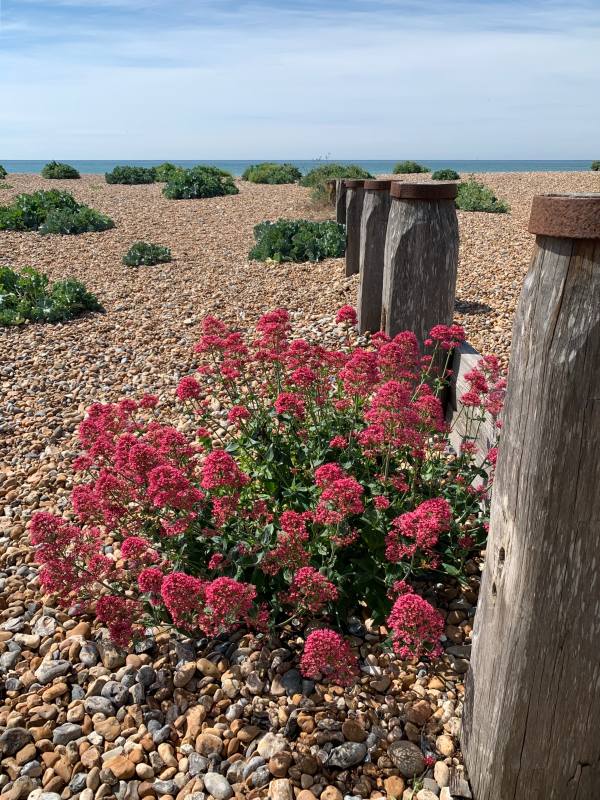 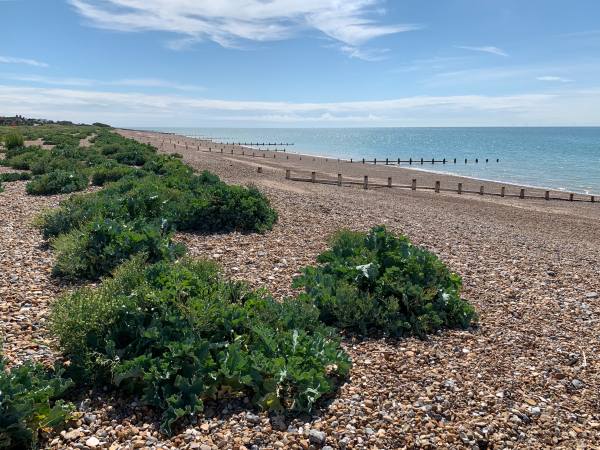 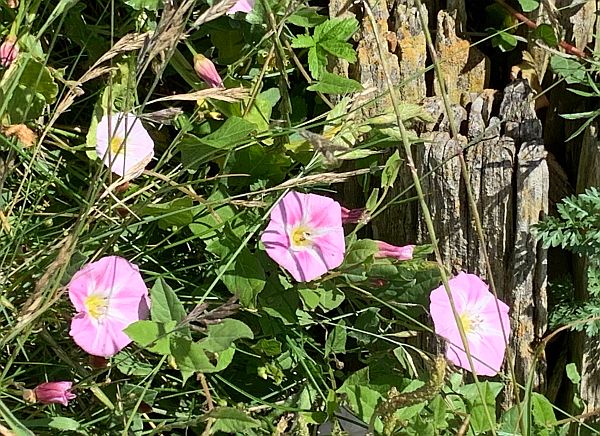 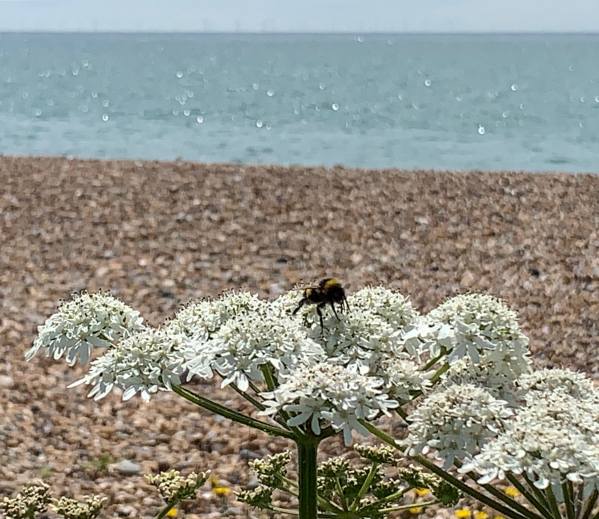 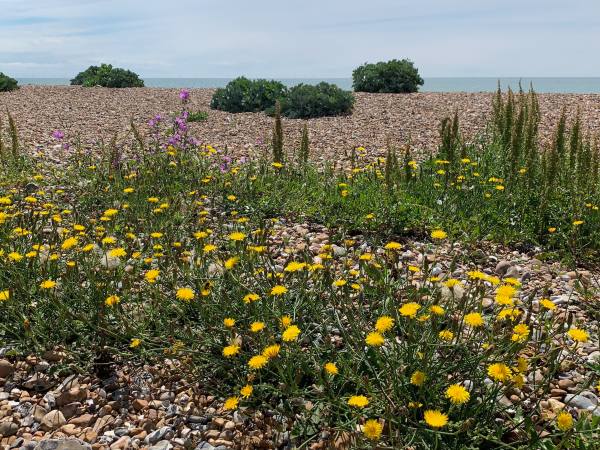 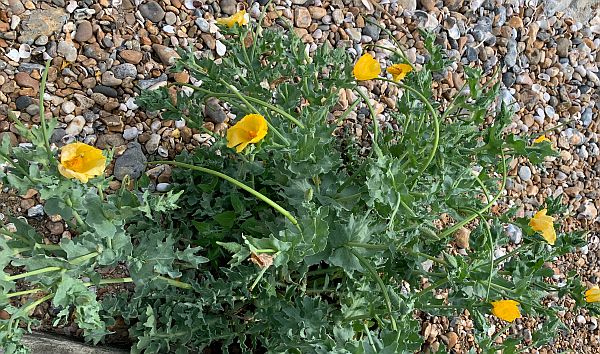 Far from the Madding Crowd may only be a few feet from the rest of the world. But, as you can see from the picture, it could be just me and Bobby. The human race wasn’t far away, but didn’t spoil the feelings of serenity. 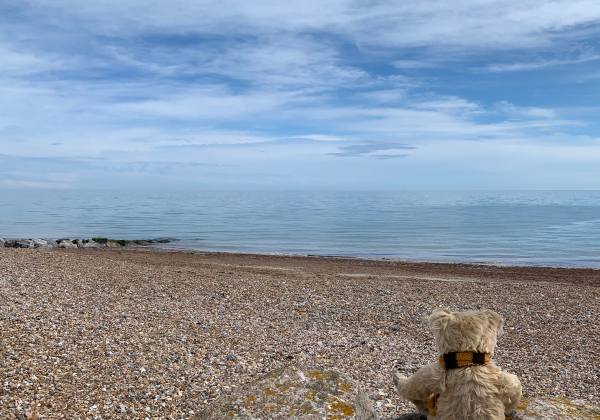 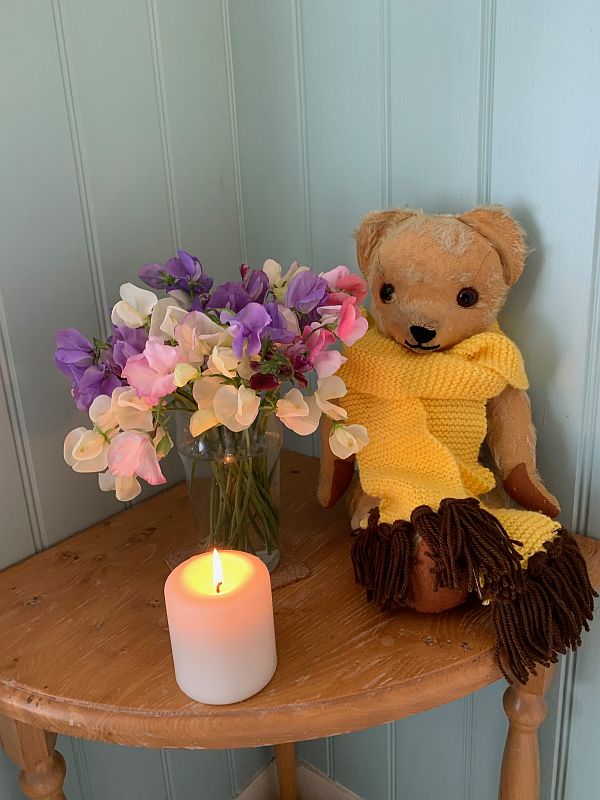