Amber was Diddley’s eldest daughter. A top photographer in London, she lived for a time in a loft apartment at 31 Fournier Street. A tall 400 year old former Huguenot weaver’s house. Owned by Rodney Archer. A true character of Spitalfields. Bobby and Diddley’s granddaughter Layla became very close to Amber and stayed many times with her at 31 Fournier Street. She often met Rodney and his cat Fitzroy. And, on occasion, went with Amber to stay on her houseboat on the River Orwell at Pinmill in Suffolk. 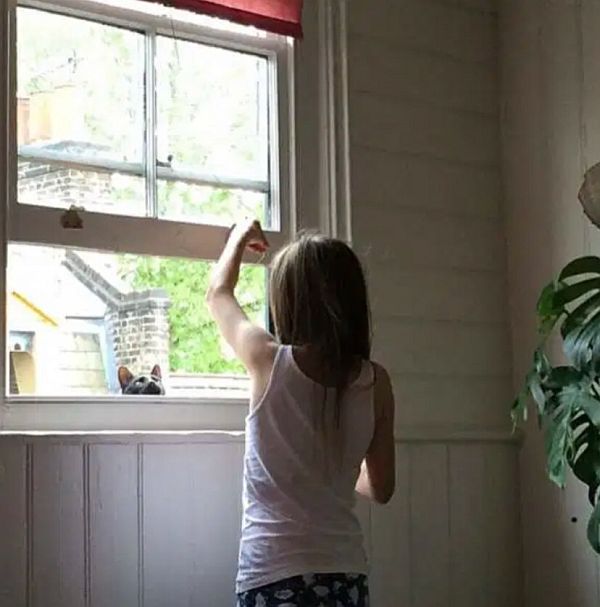 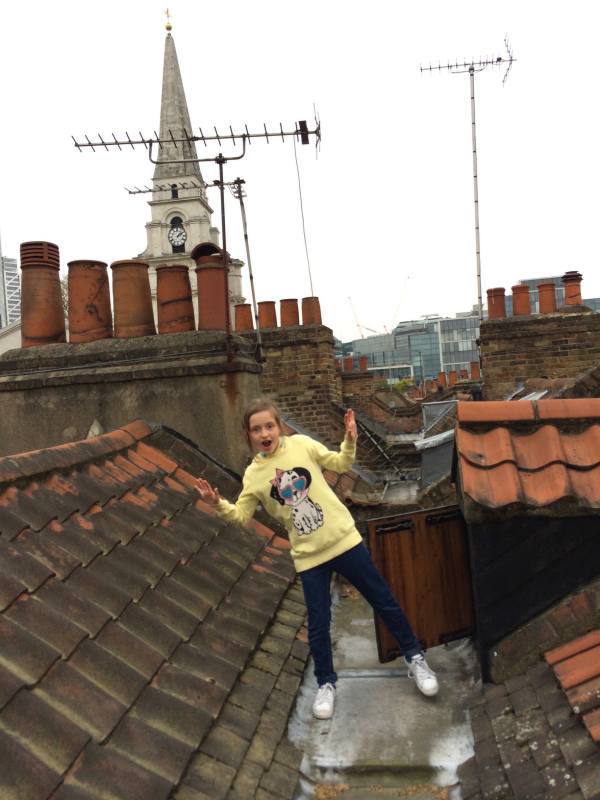 Layla at 31 Fournier Street. 2014. Christ Church in the background.
Pictures by Amber Rowlands.

In August 2015, Layla was actually staying with Amber when Diddley died. A sad day, losing the granny she loved so much. Just a few months later, Rodney also died suddenly and the Gentle Author wrote an obituary.

For Layla, the last time she was to go to Fournier Street was Amber’s funeral in Christ Church in October 2017.

Each year, under the National Garden Scheme, some houses in Spitalfields have opened their gardens to the public for charity. Since they are all tall Georgian terraced houses, access to their gardens is through the ground floor of each house. Making the visit doubly interesting.

31 Fournier Street has always been one of those houses and Mindfully Bertie went there in 2019. 2020 was cancelled due to the pandemic. But here we were in 2021, when Bobby’s friend Anne rang to say the gardens would be open. Including No 31. Not surprisingly, he immediately thought of Layla and she jumped at the chance of an emotional return.

So here we were on 12 June 2021, embarking on a much bigger adventure. Our first visit to Central London since March 2020. For Bobby, that had been Spitalfields too as described in “Room 311“. It was to be the first time on a train since then too.

He made them walk from Farringdon, still not at ease getting on a London bus. Following his nose past Smithfield Market. Charterhouse. Bunhill Fields cemetery, Liverpool Street to Spitalfields. It was a fascinating walk.

“Can I borrow your camera?” asked Layla. A budding photographer, with the subject lined up shortly at college, she took charge of his posh Fuji camera for the rest of the day. Hundreds of pictures to be sorted out to become, hopefully, Layla’s Gallery for a future story.

She met the current owners of No 31. Told them how she used to stay there. Sat in the back garden in the sunshine overwhelmed with memories. It was a wonderful day.There was still time for more excitement, so down Brick Lane we went.

Through and past Truman’s Brewery site to see the the graffiti artists. The hip hoppers (is it?) dancing under the railway arches. The most amazing contrast to the genteel atmosphere in those wonderful houses and gardens. The pictures that follow are just Bobby’s. We await Layla’s with eager anticipation! 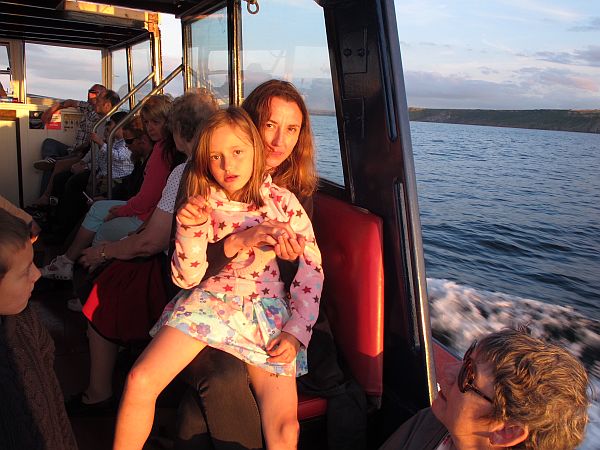 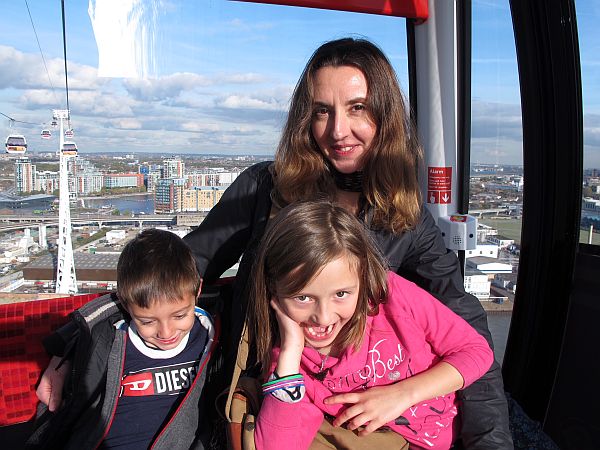 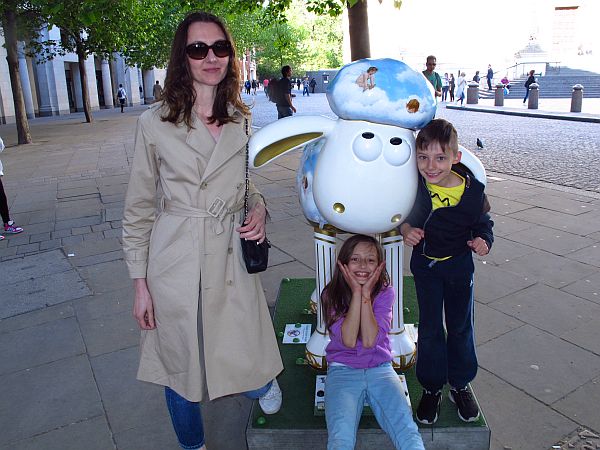 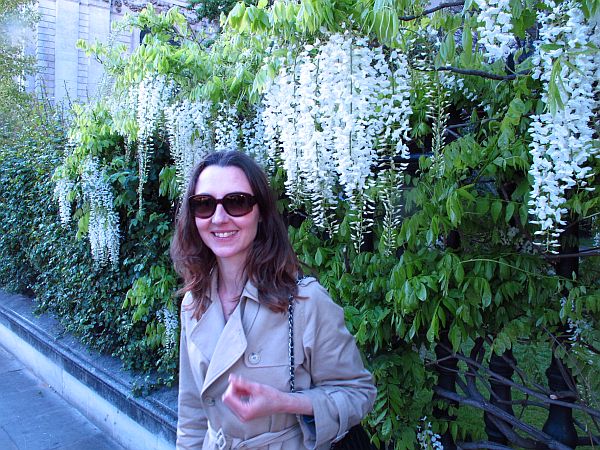 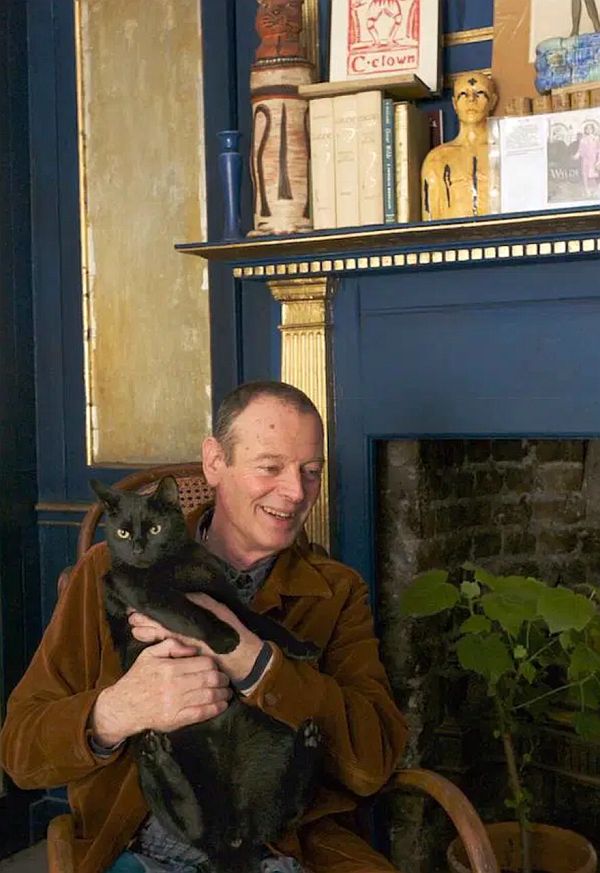 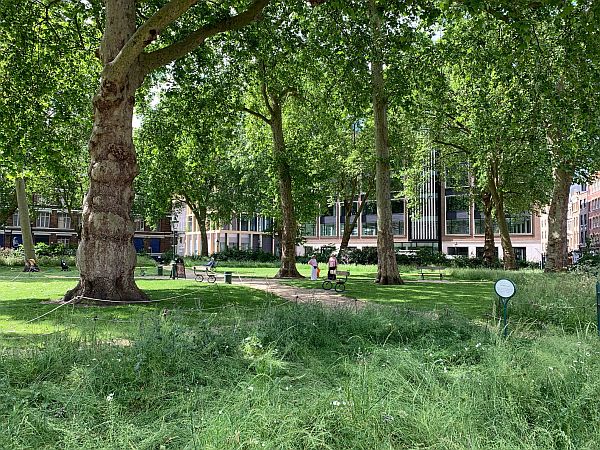 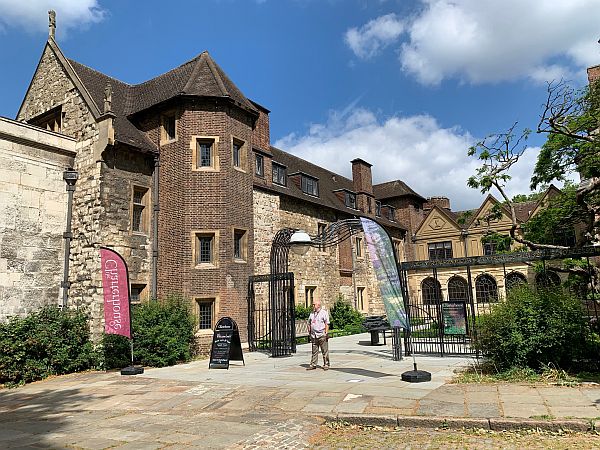 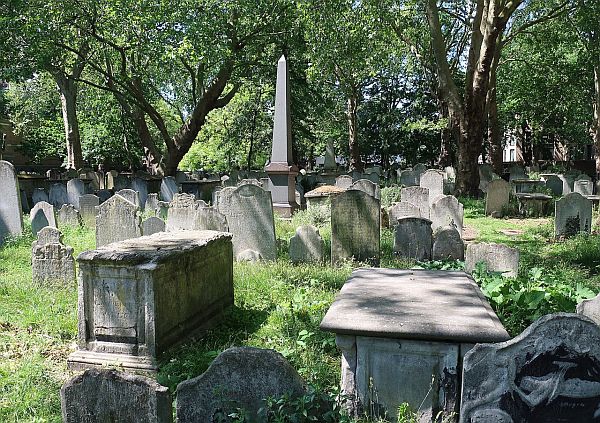 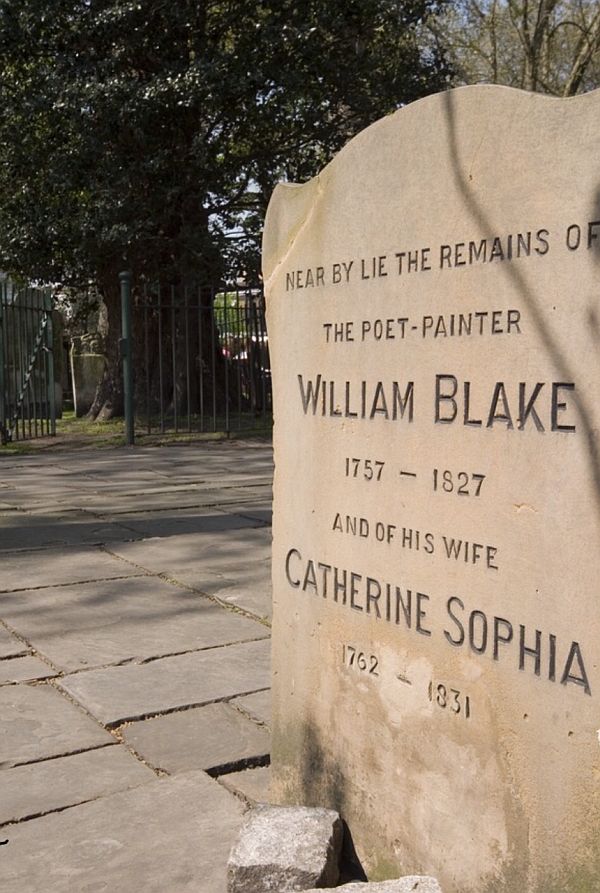 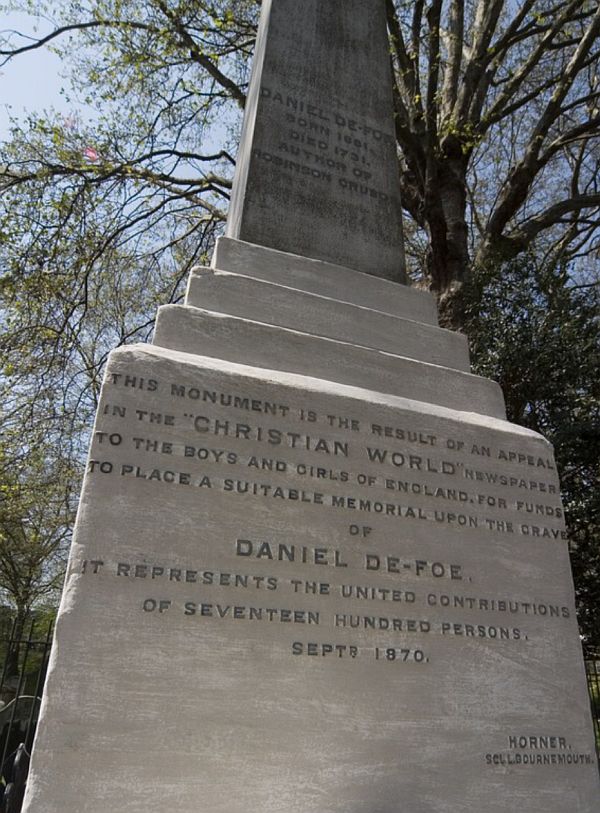 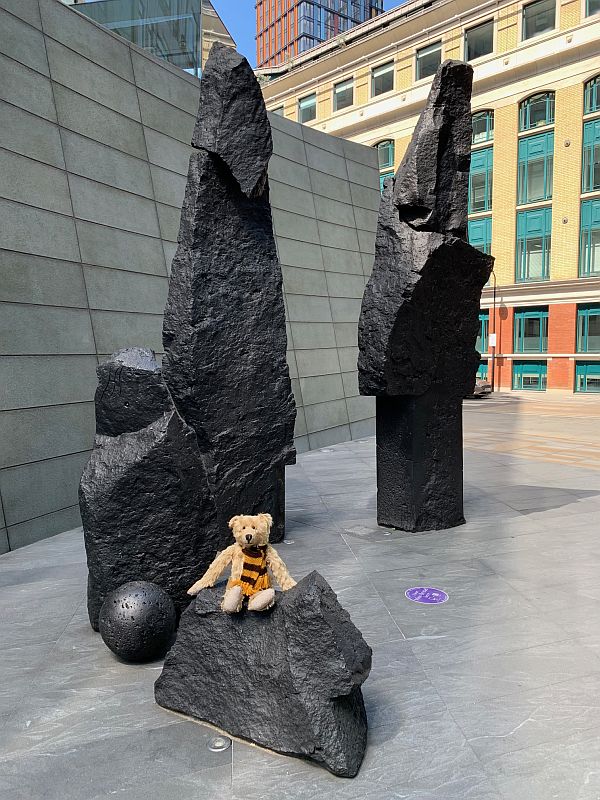 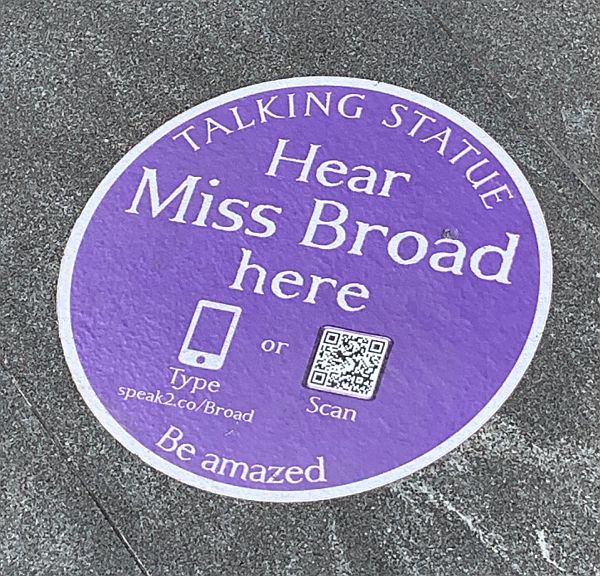 Point your phone and “be amazed”. 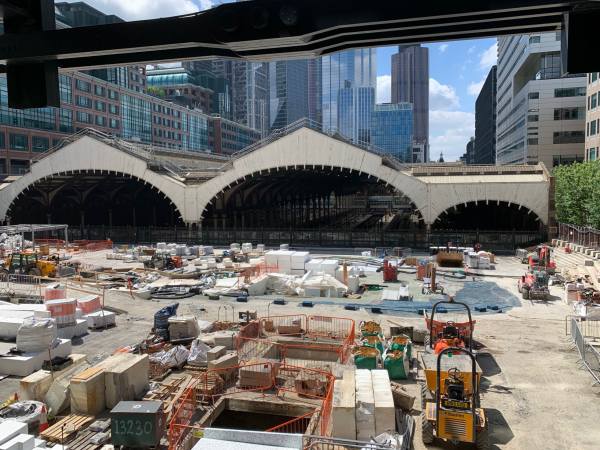 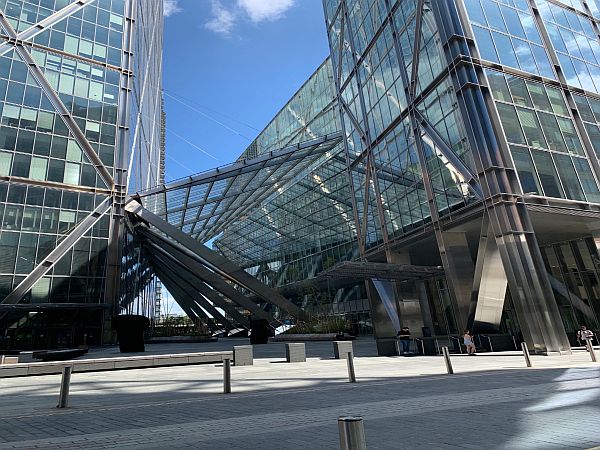 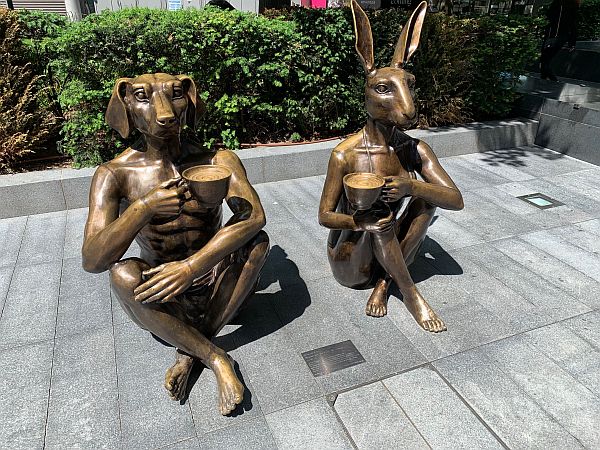 Mr Dog and Mrs Hare have a cup of tea. Spitalfields. 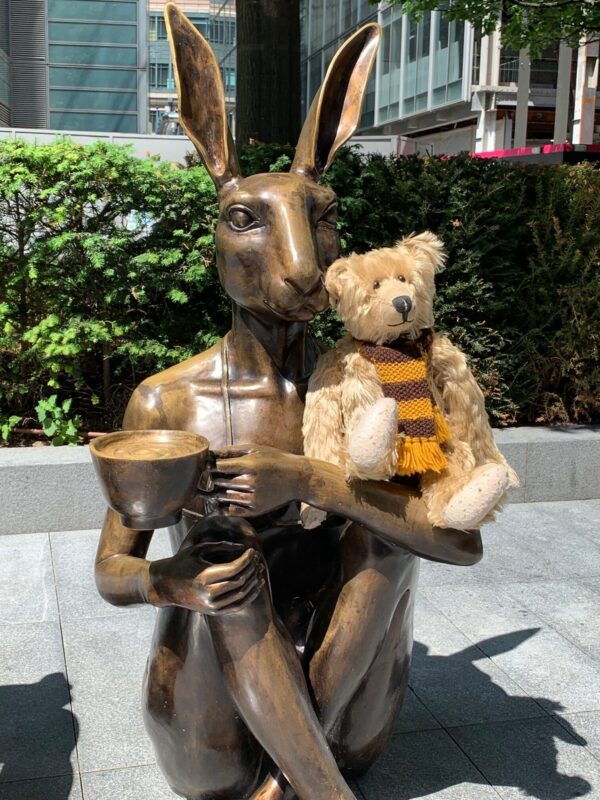 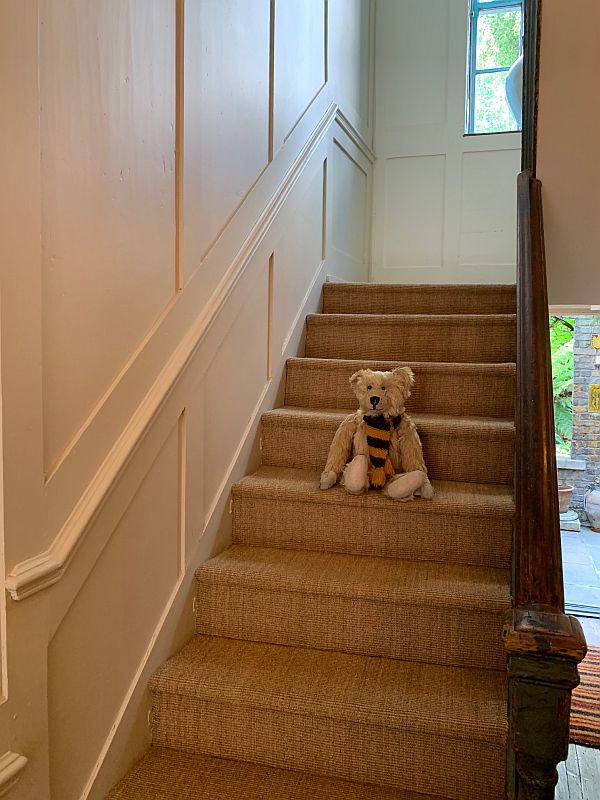 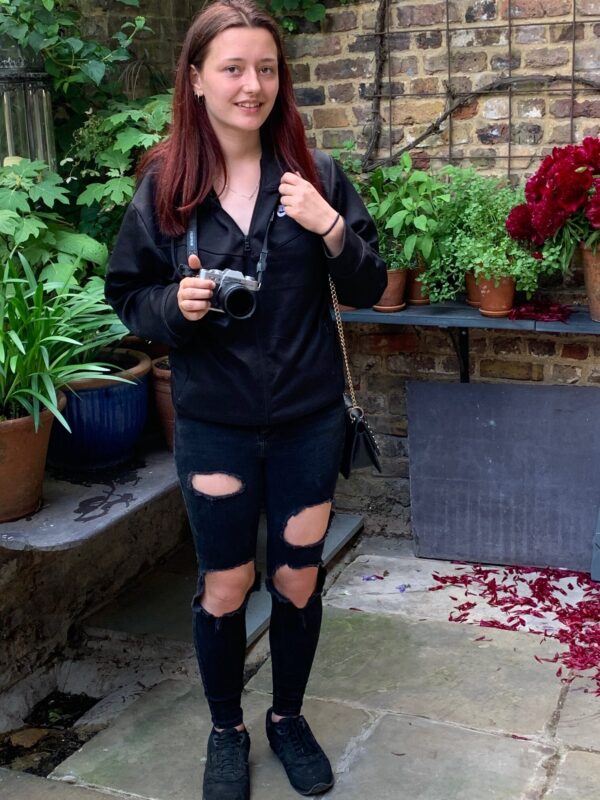 Who do you think you are – David Bailey? Not with those trousers! 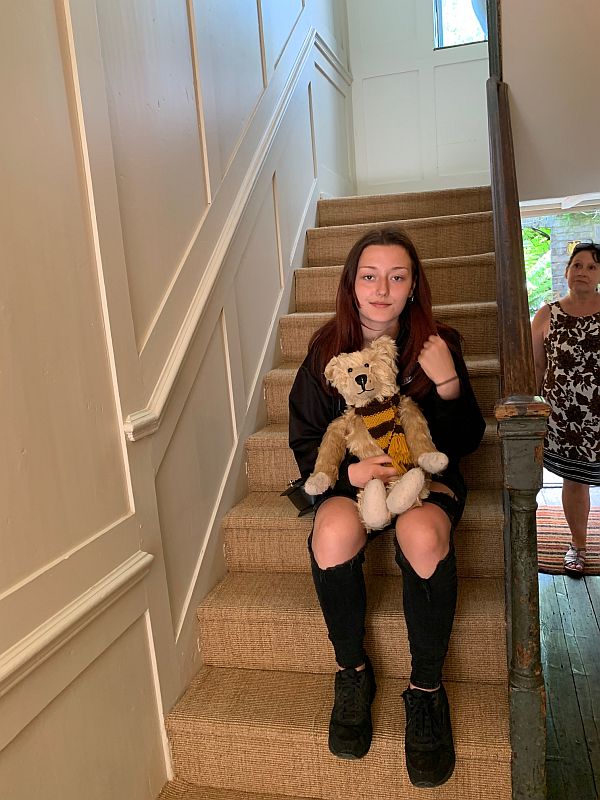 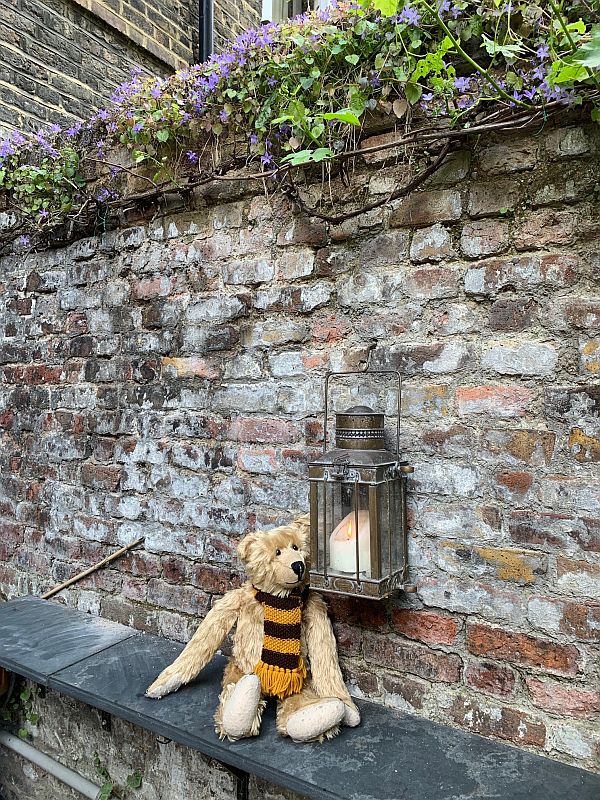 What a wall. Seen a lot of life, that wall. 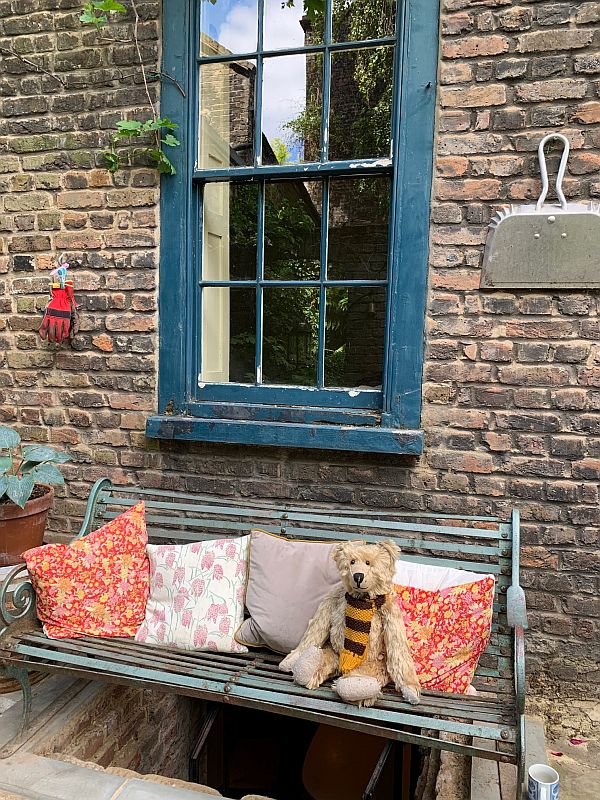 I could stay here. 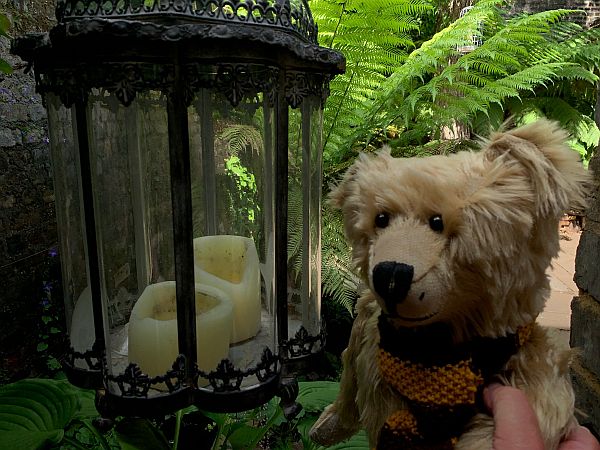 Got a match, mate? 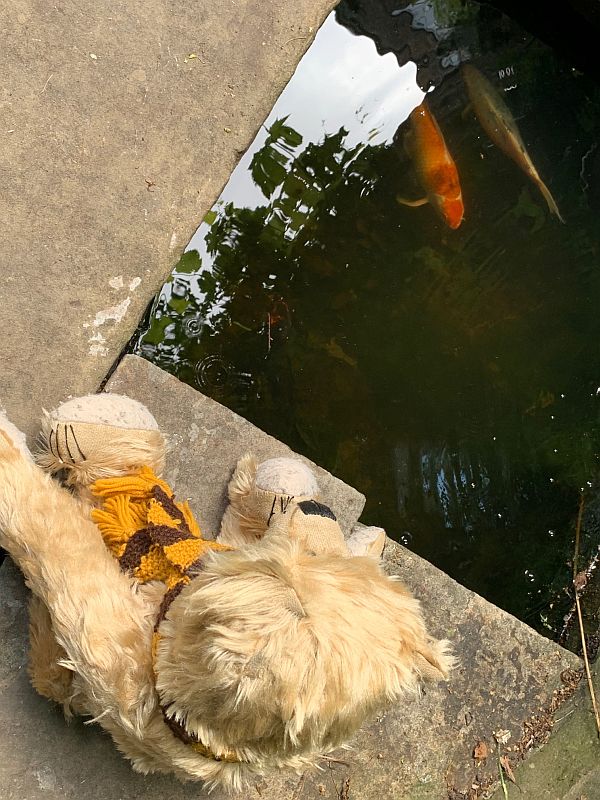 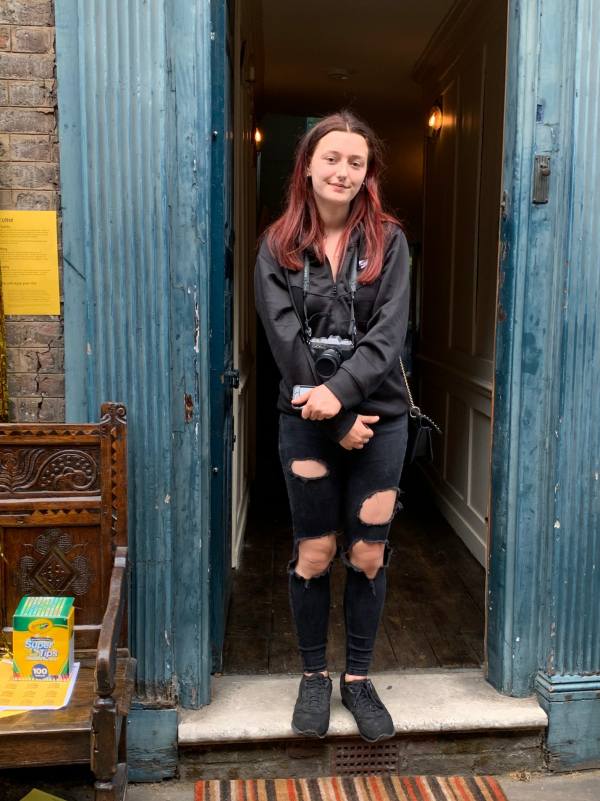 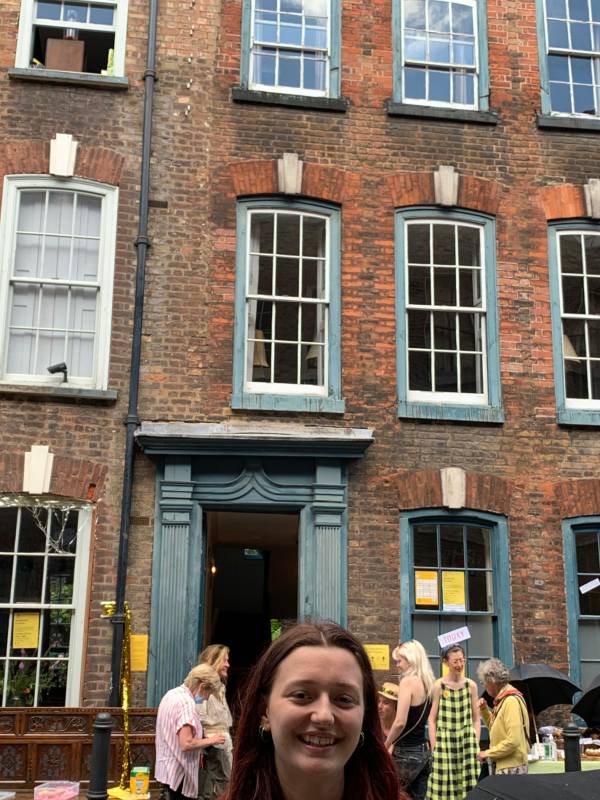 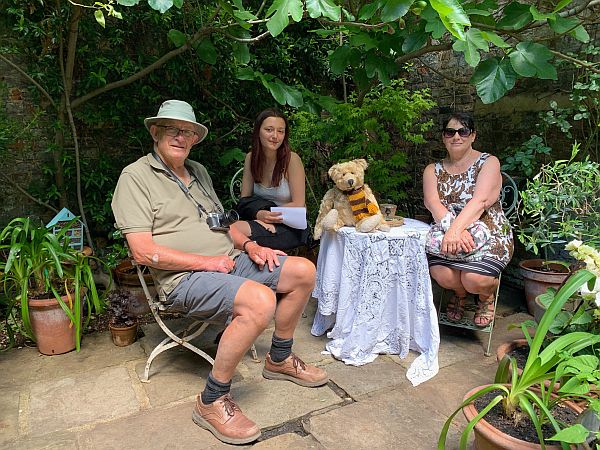 The Open Garden of 31 Fournier Street. On a lovely day in June.

It was Paddington Bear’s birthday on 25 June. Like the Queen, he has two. The other being Christmas Day. To celebrate his birthday here’s a little treat for everyone. 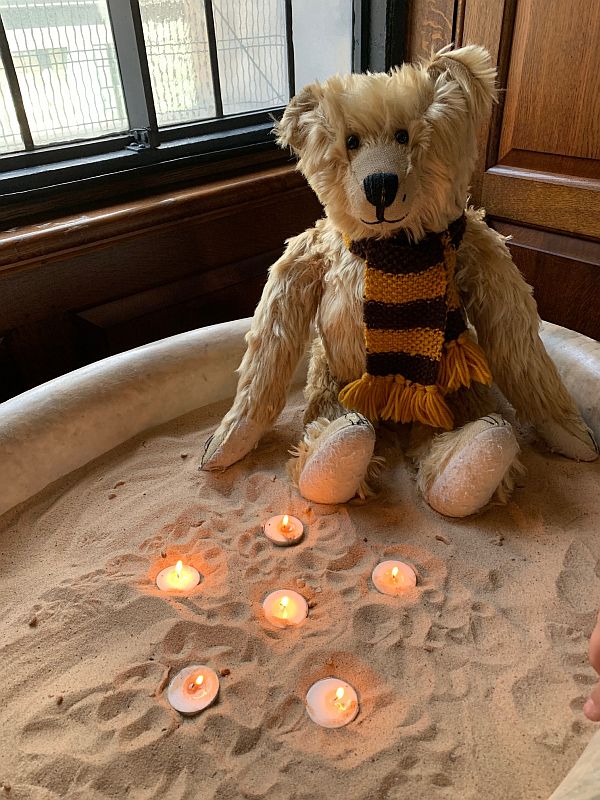 For Diddley. For Amber. For Devante. For Wendy. For Ralph. For Anne.