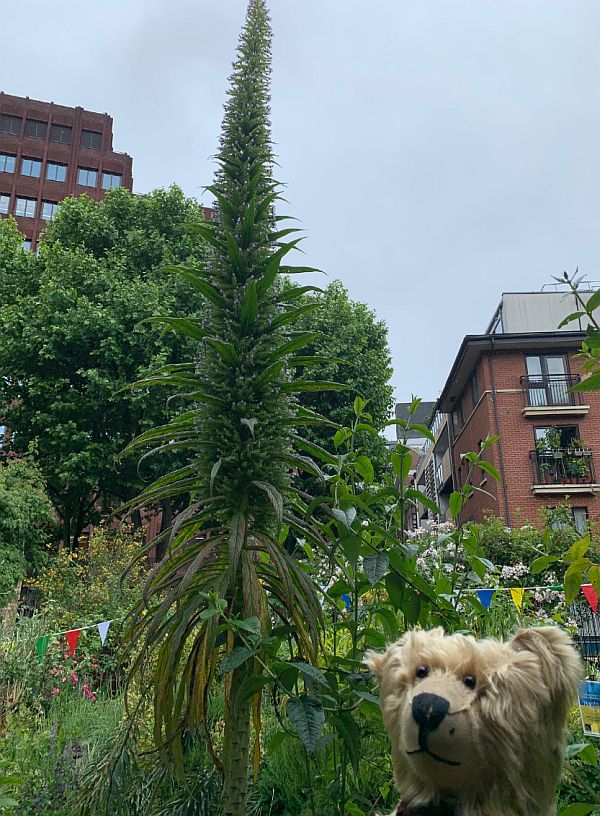 Phoenix Garden, Echium. “You missed the bleedin top off, Bobby.”

Sometimes we go on walking tours with Bob. Not that Bob. Another Bob.

There are lots of Bobs. Mostly of a certain vintage. Our ‘walking tour Bob’ loves history, particularly in London, and takes friends around parts we all know very well. Or thought we did, until Bob showed us what had been hidden away for centuries.

We went for a walk the other day with Bob all around Covent Garden, Drury Lane and Aldwych. Really fascinating history and hidden gems. Including this wonderful little community garden. 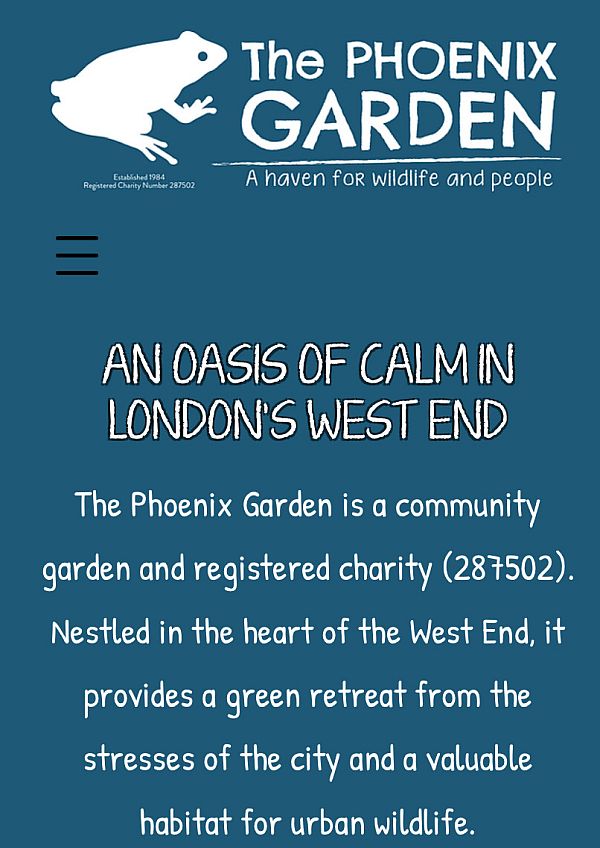 We loved this garden and recommend you have a look for yourself. You can even go to it on the Elizabeth Line with Tottenham Court Road station close by. The details are on the website.

One plant in Phoenix Garden brought back memories of Tresco for Bobby. One of the Isles of Scilly. In particular, the Abbey Gardens. Famed for their lush subtropical plants. The plant he seemed to remember was an Echium. Showing off with his ‘seek’ app, he was told it was a ‘Giant Viper’s Bugloss‘. 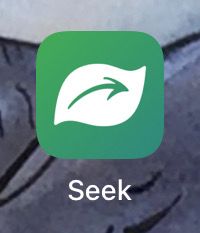 Until just two days later he parked outside his son’s house near the sea at East Preston. Walking to the sea, just down the road, he was confronted by giants. Four of them. Giant Viper’s Bugloss. Standing close by them, they were attracting masses of bees.

The lady of the house passed by and told him they were biennial or even triennial, and they would die when they finished flowering after setting seed. Enthralled by this spectacular plant, and its value to the pollinators, he just had to share it with you.

Giant Viper’s Bugloss is actually Echium Pininana. Or Tree Echium; Pine Echium or, best of all, Tower of Jewels.

It is endemic to the Canary Islands, and then only La Palma. Endangered in the wild, it has been introduced to many countries, including Great Britain, where it tends to be conserved in botanical gardens. Like Tresco and Kew Gardens where it has naturalised.

Growing up to fifteen feet tall they produce an enormous amount of nectar that attracts bees, butterflies and moths. Each plant can produce 200,000 seeds distributed short distances by the wind.

At East Preston, there were a handful of plants around the garden in the early stages of their life cycle. It is ‘monocarpic’, meaning that it flowers just once before dying. You can buy seeds and plantlets on the internet. Their rarity would suggest few do or are successful. When they do, they sometime become celebrities. 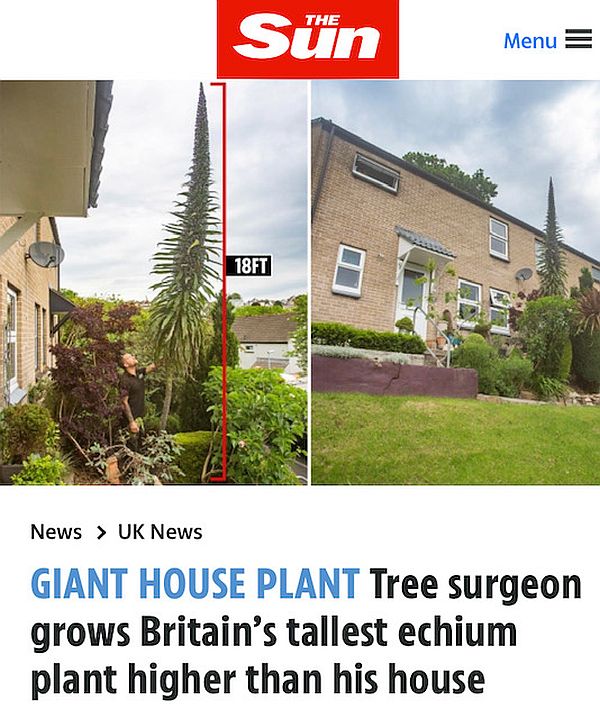 It was a beautiful sunny morning at East Preston, and the bees were having a field day. 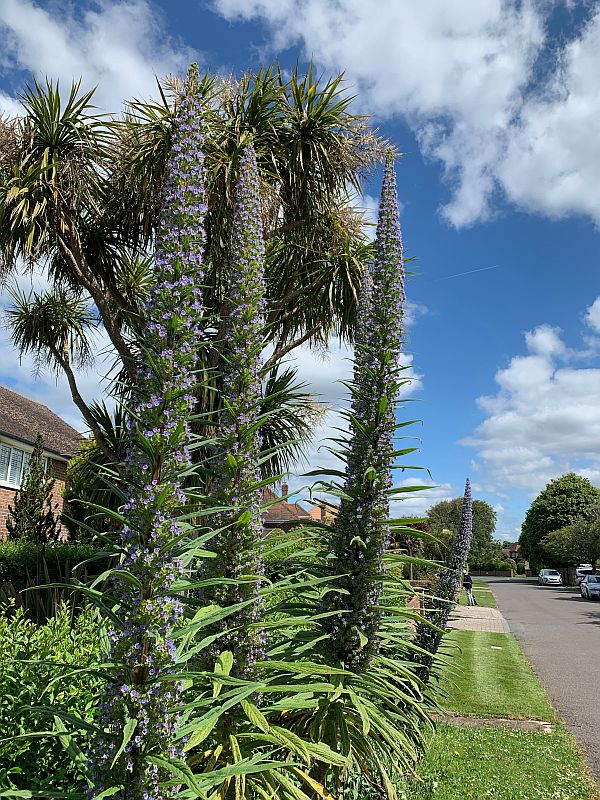 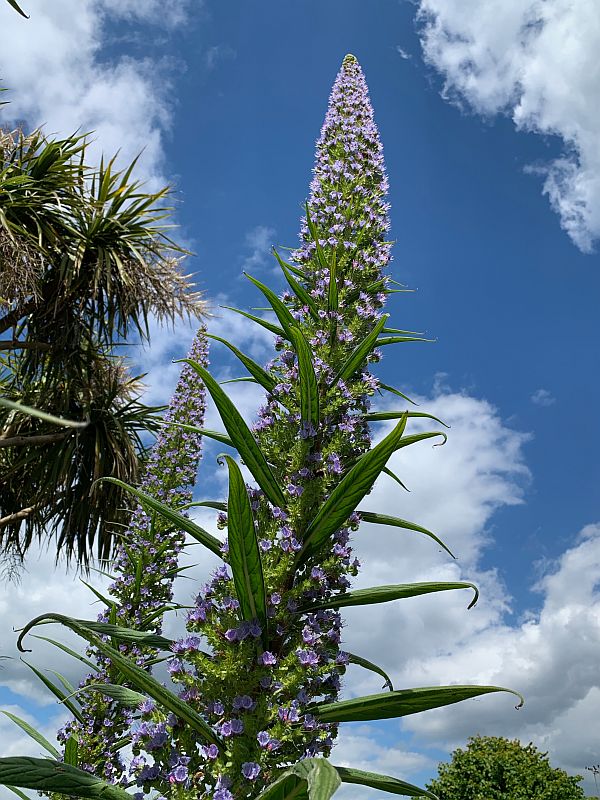 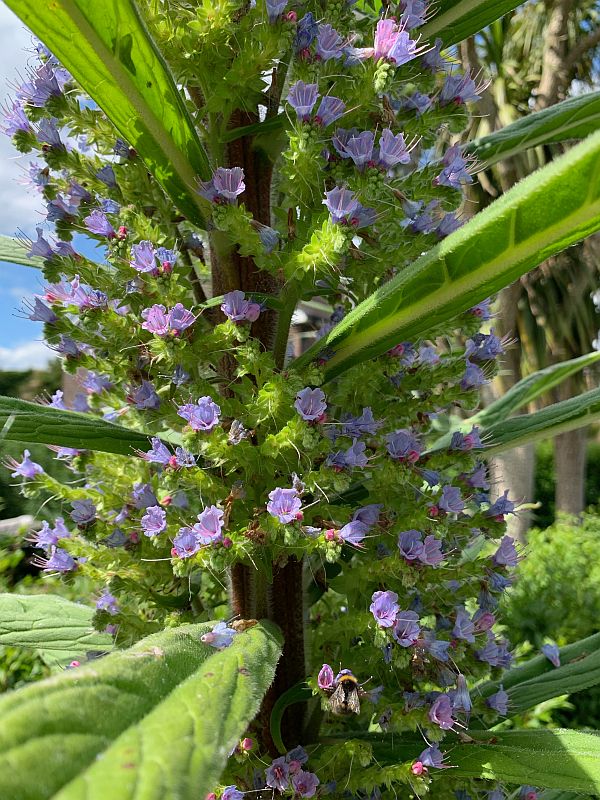 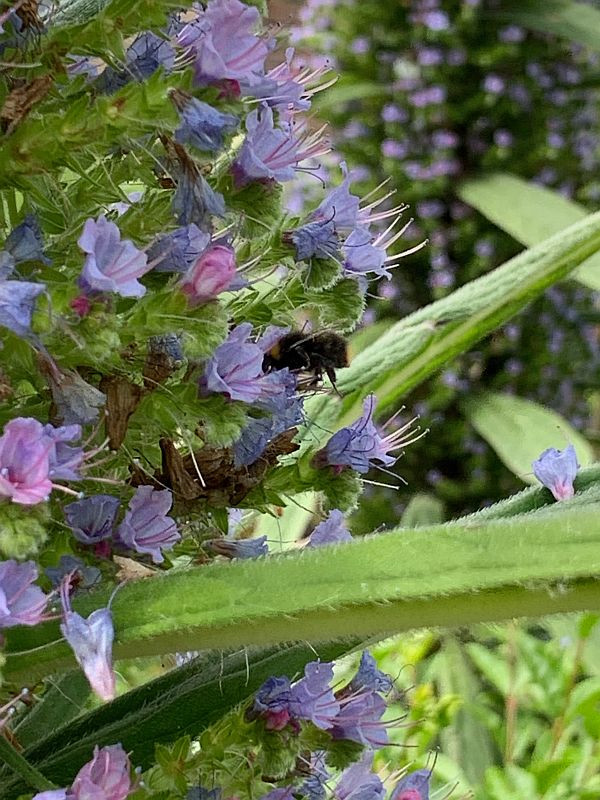 Bertie: “I would love to see that plant, Bobby. And go for a ride on the Elizabeth Line.”

And so we did. In the pouring rain. True sun lovers from warmer climes, the Giants find the perfect conditions in the shielded microclimate of Phoenix Gardens. We counted eight, towering over the garden.

Bertie: “Could have chosen a better day, Bobby. The rain is playing havoc with me mohair. I’m still drying out.”

But it was worth it. By the time we got to St Martin in the Fields to light a candle, the sun had come out. 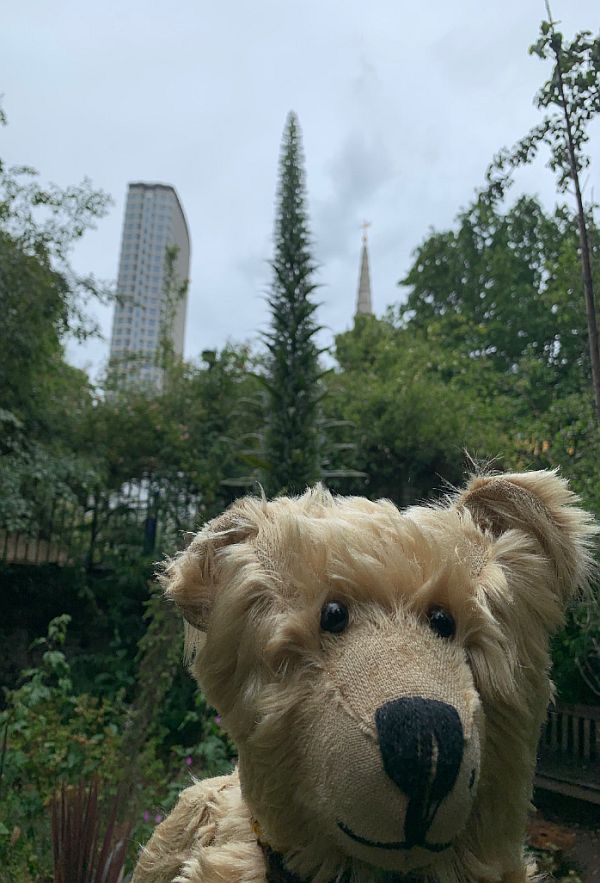 Soggy day in London at Phoenix Garden. Centrepoint looming to the left. St Giles in the Fields to the right. The latter has a fascinating history that will form a future story.

Lighting a Candle for Diddley at St Martin in the Fields 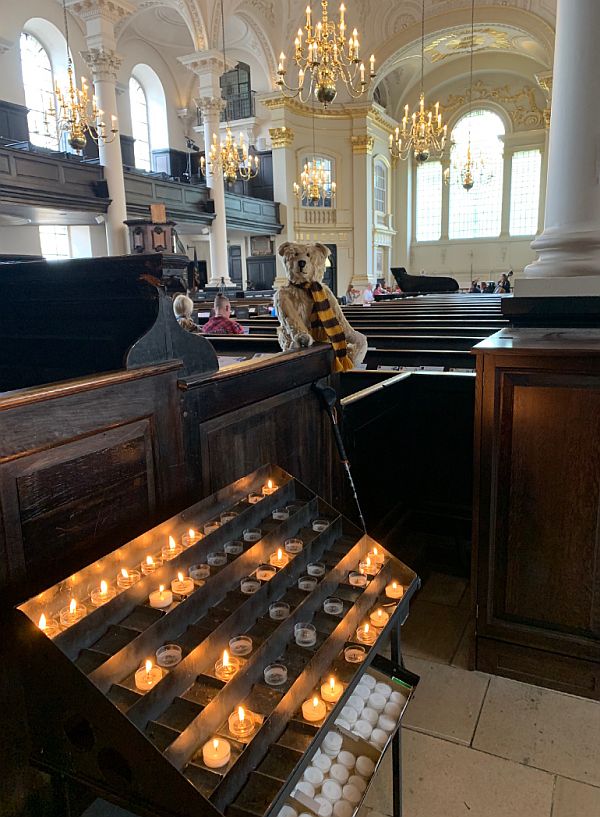