I Don’t Believe It – Brighton Station!

I don’t believe it!

Bobby and I went to Brighton. By train. Given that this is Southern Rail, a certain amount of optimism is needed. Or blind faith. As we approached  the station, a posh woman on the train intercom announced we were arriving at Gatwick Airport. We all laughed and acknowledged that Southern were introducing humour to cheer us up.

We had a lovely day with friends, preceded by a cloudburst near the pier. This was, after all, the first day of the school holidays. The sign said DON’T FEED THE BIRDS. So the children did, and evoked scenes reminiscent of Alfred Hitchcock’s masterpiece. 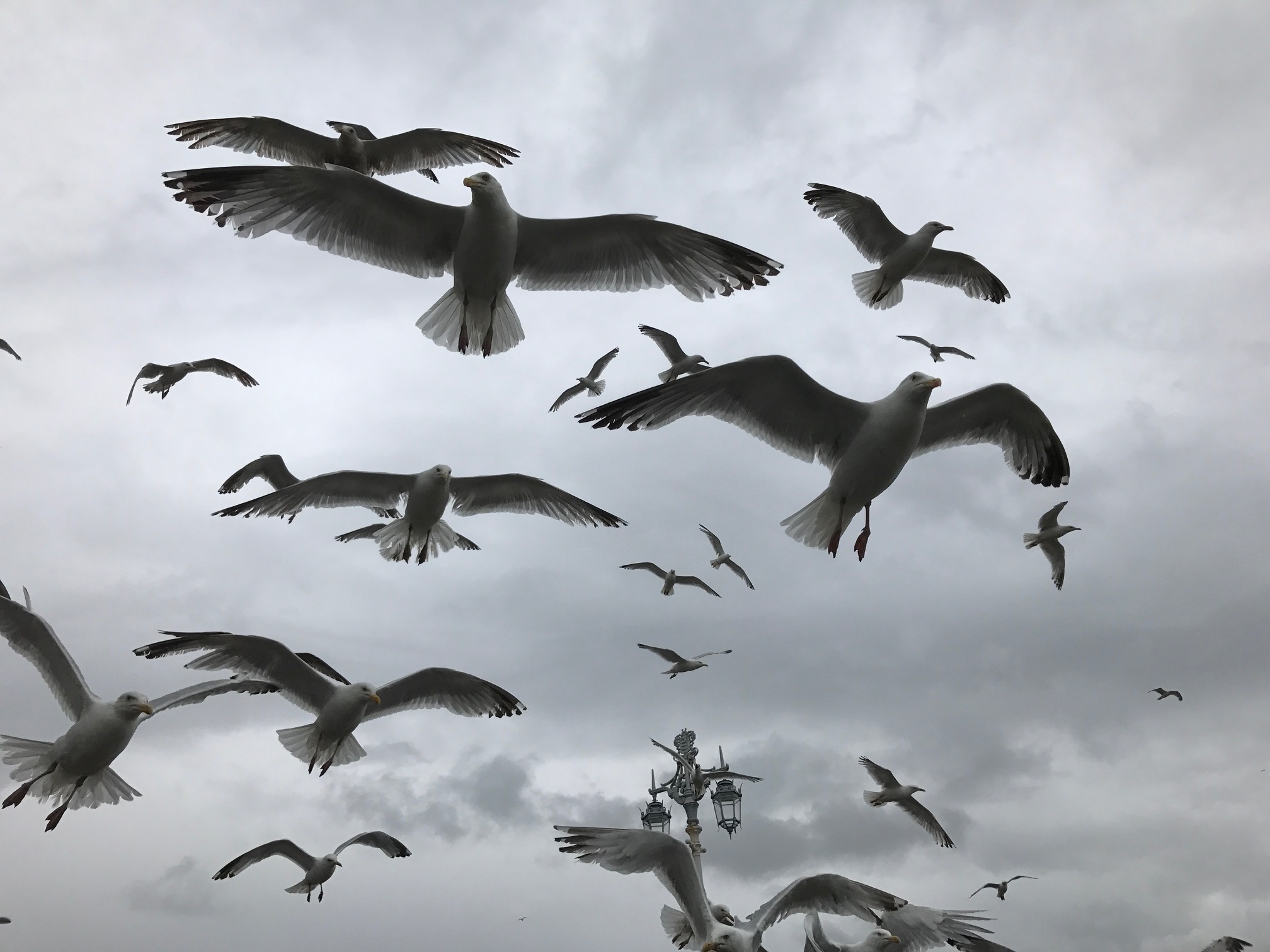 But, of course, we had to go home by train. Just 50 miles from Brighton to Dorking, via Gatwick. Our designated train was “20 minutes late due to signalling problems”. So we took the Thameslink on platform 6. Ignoring the electronic sign which had clearly forgotten that this is the end of the line. The buffers. The sea. Or the ghost train in the amusements. Ha ha ha ha ha. 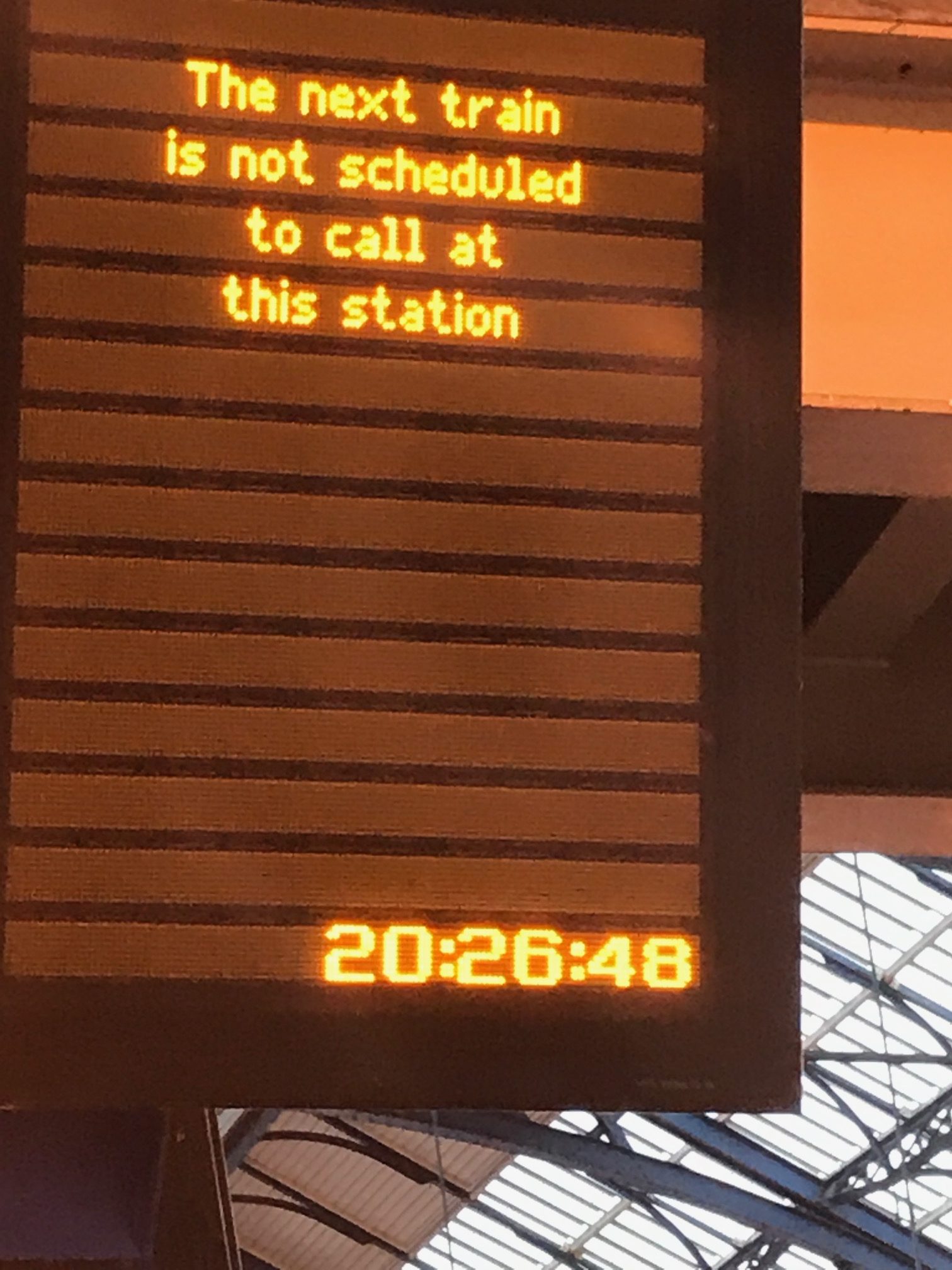 Sign reads: “The next train is not scheduled to call at this station”!

The shiny new Thameslink train was also a little confused being not in service apparently. Despite being full of people going to Gatwick. 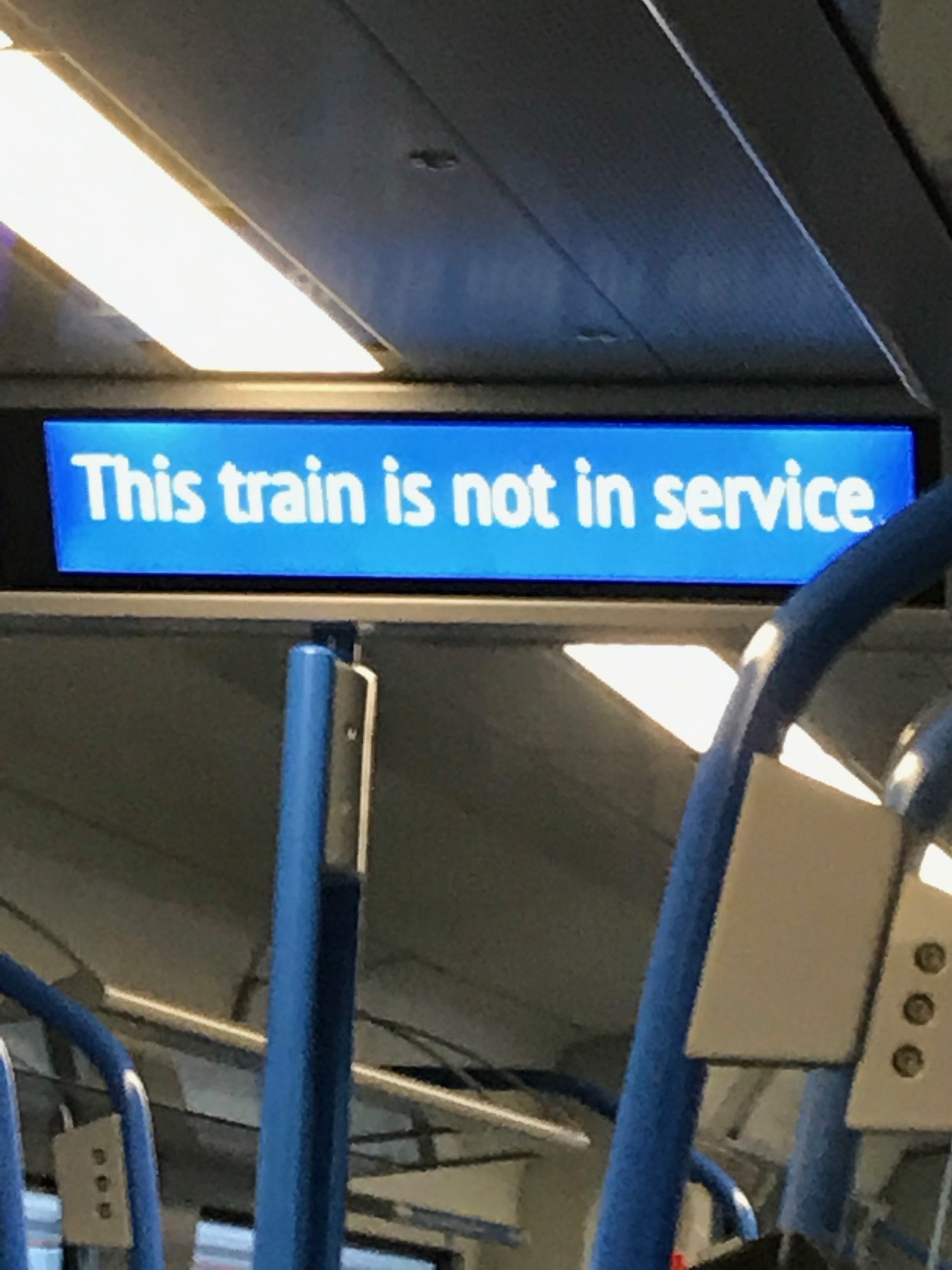 This was the slow train stopping everywhere. Quickly overtaken by the fast train that was not twenty minutes late. Ha ha ha. I love you Southern. It meant we missed our connection at Gatwick and found that the next train to Dorking was one hour and ten minutes later. Excellent. We could sit in the airport and relax. Watch all the very large people with even larger suitcases. Have you noticed that the clippety clop two wheeled versions are gradually succumbing to much larger four wheeled plastic boxes? Some people pushing two, three, even four. Some needing a fork lift truck to lift them. What on earth are they taking to Ibiza? If it’s anything like Love Island it would all go in one pocket!

One thing is certain. At ten o’clock on a wet Saturday evening there was universal gloom on what must be the world’s most ghastly international airport. As we ascended a working escalator to be told not to stop in the “landing area” and passed the bench that said “shoe repatriation area only”. And M&S had run out of sandwiches. Just getting back to the station is an adventure, as the different platforms have novel obstacle routes to find them.

We finally did arrive back at Dorking Deepdene station. Three hours after we walked into the wonderfully historic Brighton Station. About the same time as Villach to Venice. 200 miles through the mountains. 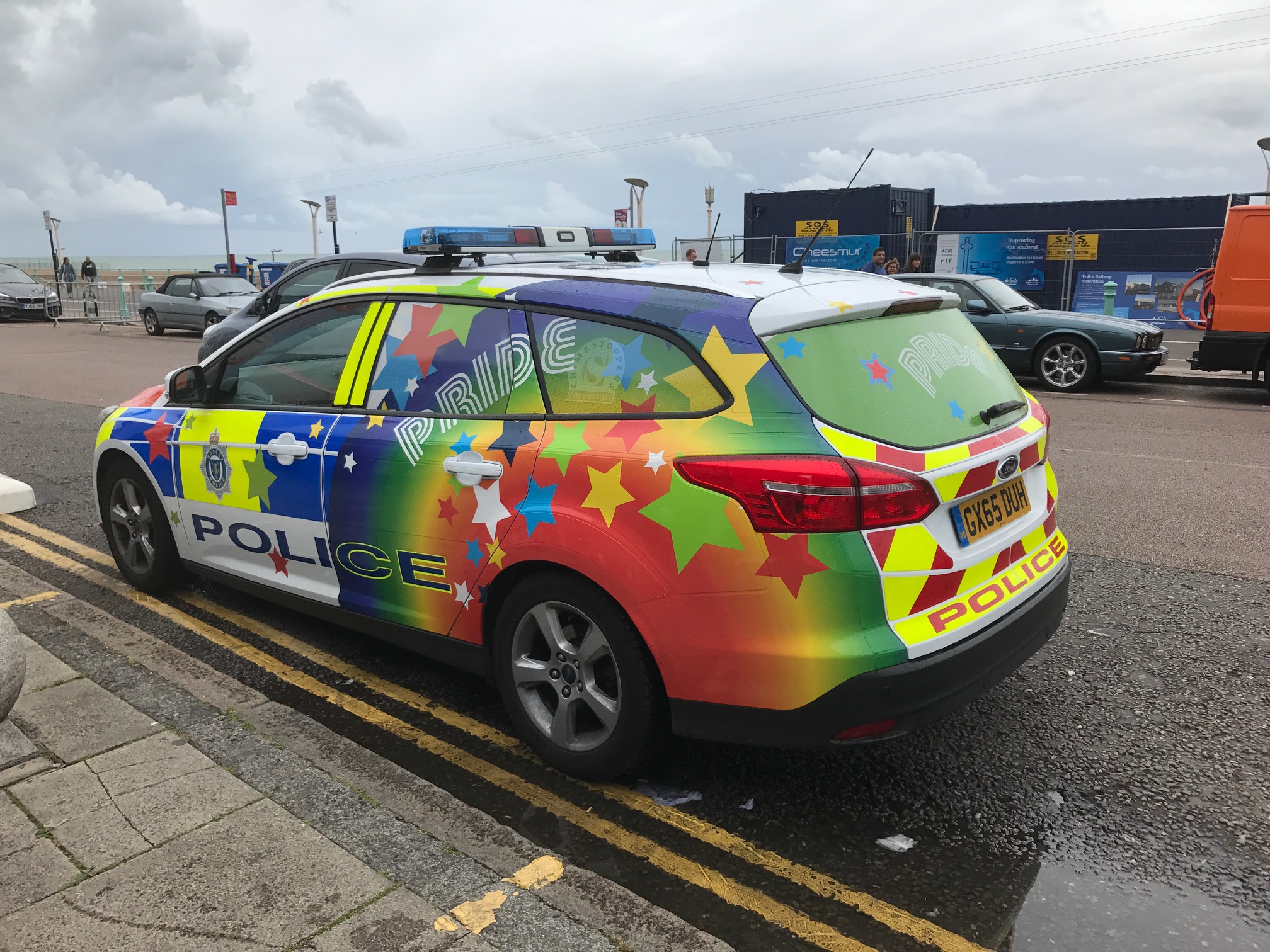 Pride in our Police Force.

Lighting a candle at St Nons Chapel near St Davids. On the Pembrokeshire Coast path facing St Brides Bay. She loved it here. 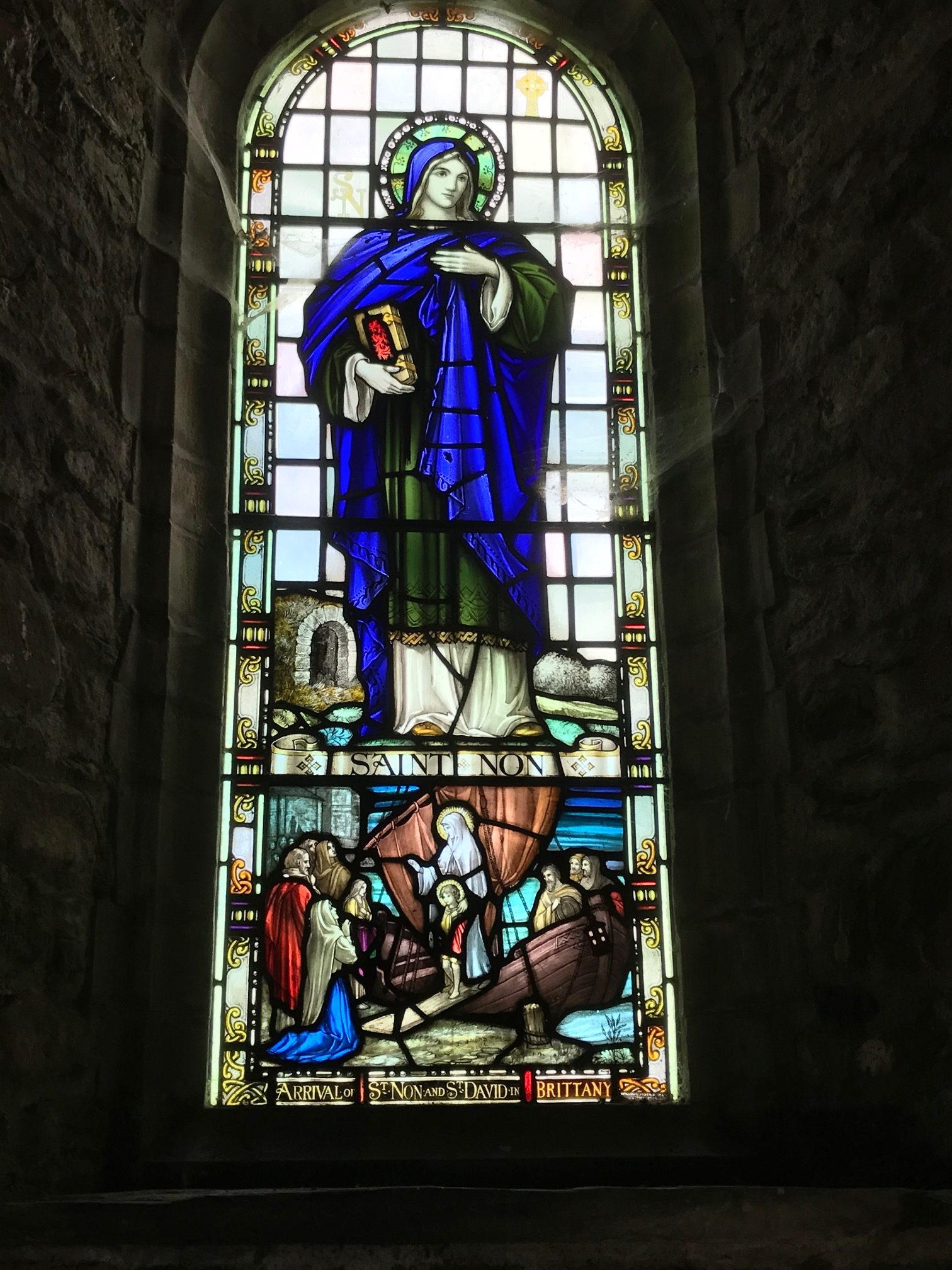 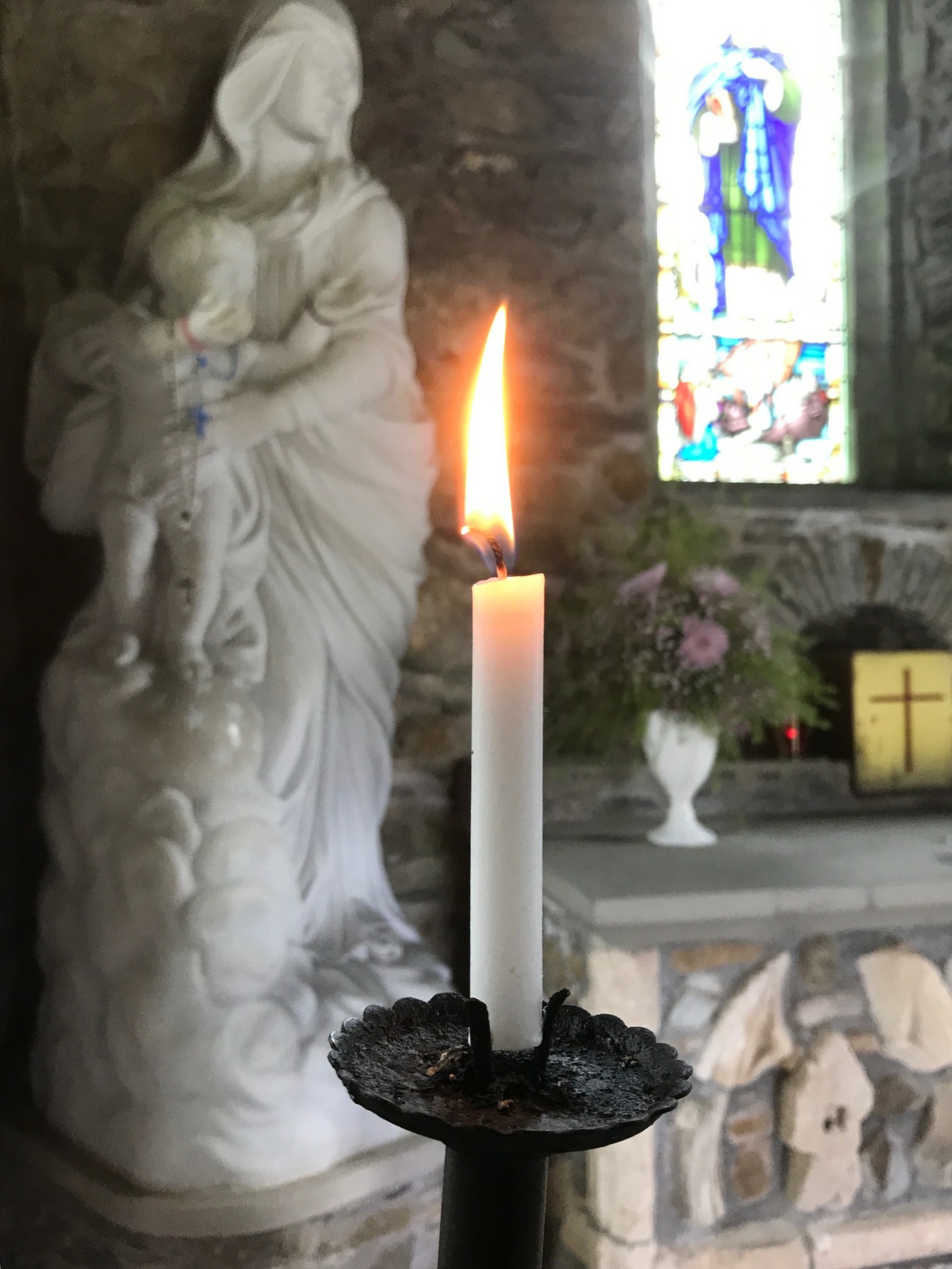