Watching the Vulcan take off at Farnborough, on that unforgettable day in 2010, we are reminded that there was another iconic, historic aircraft there that day. From the same aviation company. Avro. Where the Vulcan was largely a deterrent, apart from one foray all the way to the Falklands, the Lancaster earned its reputation in terrible war. Just think Dambusters. 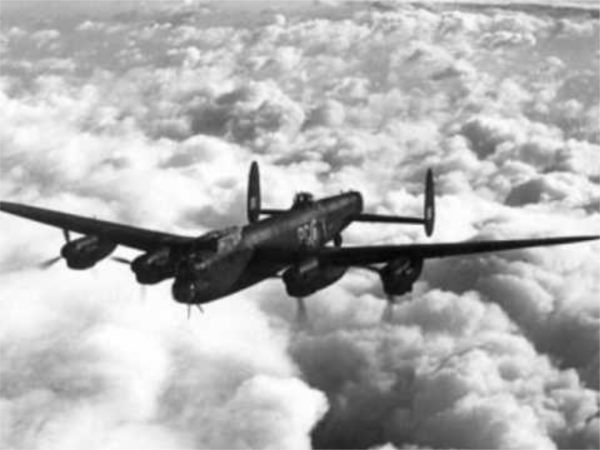 Just two Lancasters are left flying in the world. One in England, one in Canada. The English one is treasured and cosseted as the centre piece of the Battle Of Britain Memorial flight. Like the Vulcan, you rarely saw either on the ground at air shows. They flew in and they flew out. At Farnborough in 2010 they were both on the ground. So here is the more sedate take-off of the Lancaster to the roar of four of the most famous British engines of all time. The Rolls Royce Merlin. 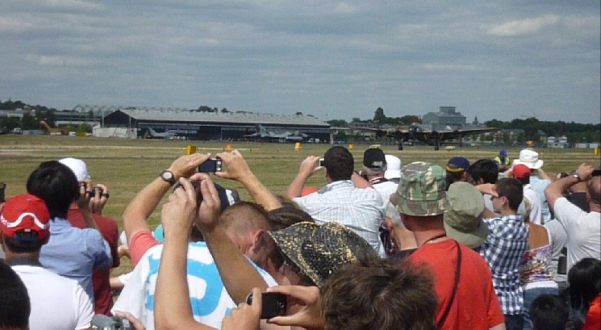 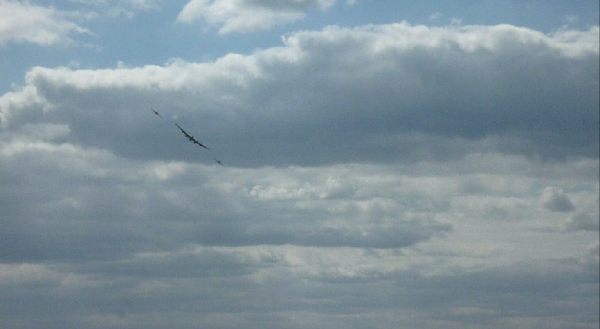 Once airborne, she was joined by the Hurricane and Spitfire to form the memorial flypast. (Click on the picture) 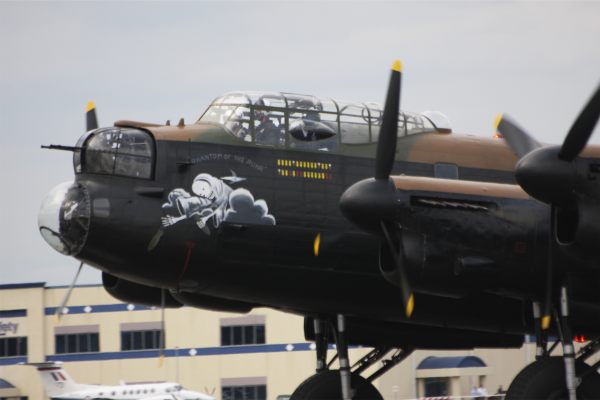 Back on the ground at Farnborough.

At the Goodwood Revival 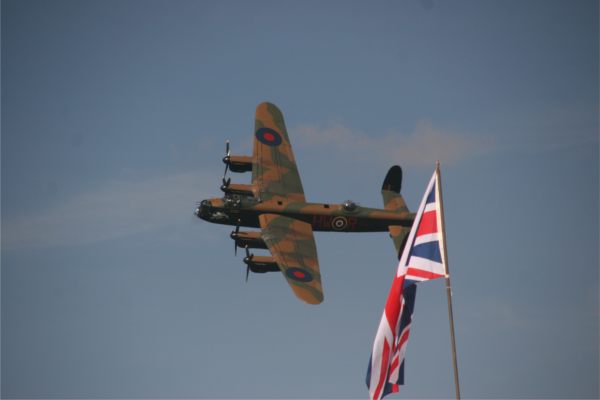 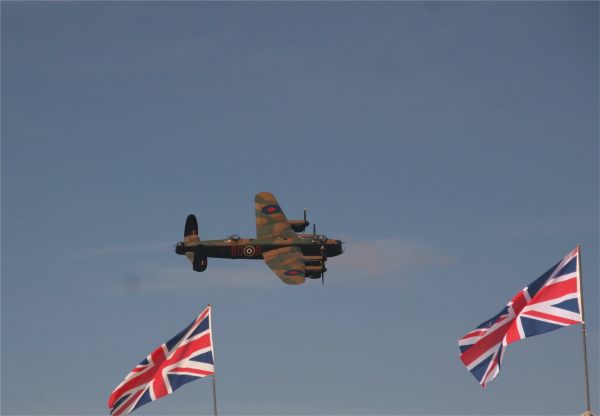 And finally, in 2014, the Canadian Lancaster was flown to England for a summer of air shows. On one memorable occasion being joined by the Vulcan. 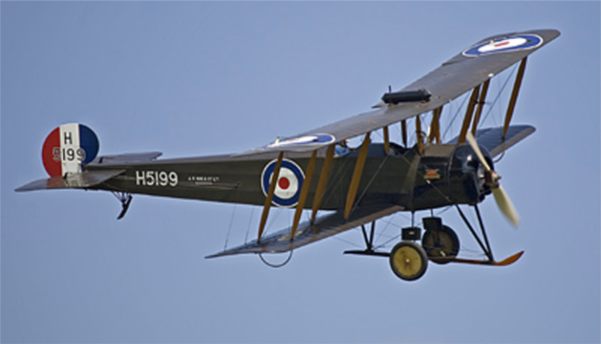 The Lancaster was Roy Chadwick’s most famous design. But his career started long before, in the First World War. Here is the Avro 504 which he partly designed. As the Chief Designer for Avro, we can tell you that the last design he was involved with was the Vulcan. A dream in 1946, just five years after the Lancaster’s first flight. You are invited to read the story of Roy Chadwick’s life written by his daughter. 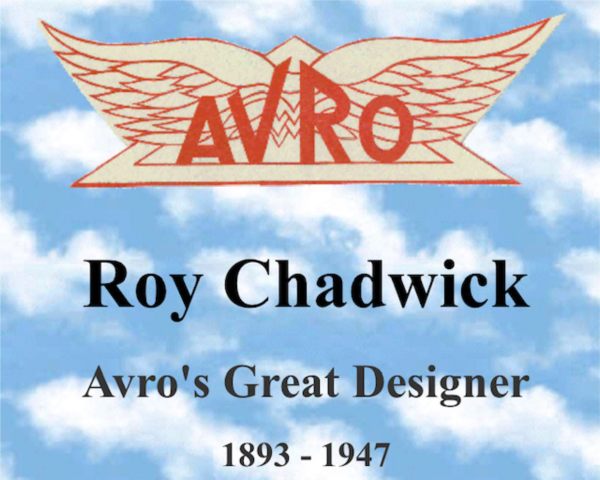 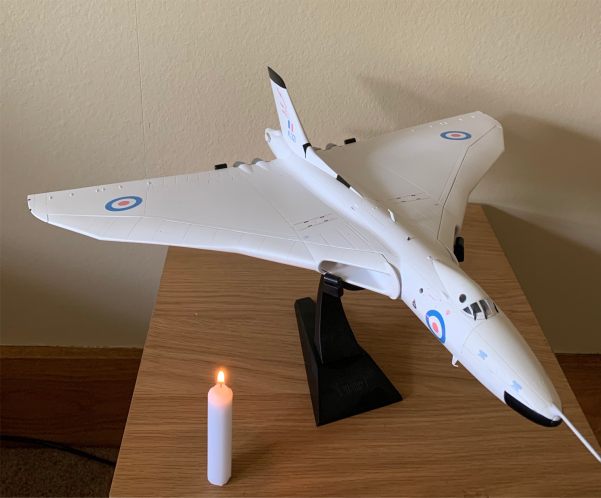 It’s worth noting that the pilot and co pilot had ejector seats just like a fighter. The other four crew had to jump via the entrance door. Over the years there were a number of crashes. Quite a few where the pilots ejected and the crew were not so lucky. Including the one on its round the world introduction tour that crashed at Heathrow.