Lily of the Valley

When Estelle (a mindfulness teacher friend of Bobby’s) gave Bobby that single stem of Lily of the Valley, she could never have imagined what memories she would unlock from his far off young days. 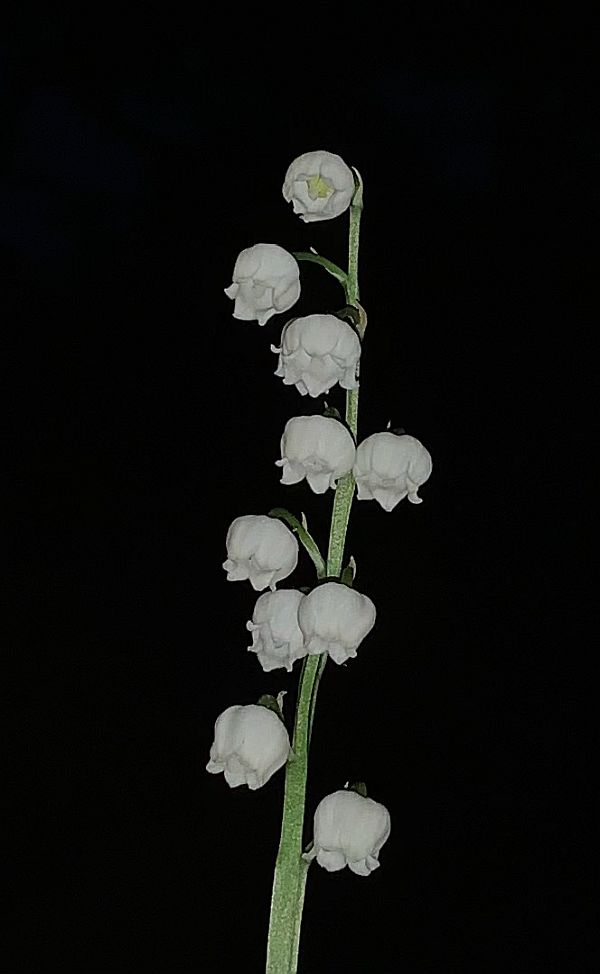 Built on the Park Farm Estate on what had previously been a farm, open fields and meadows. And a large fireworks factory, after which the road gets its name.

The urban sprawl of London had a massive building programme in the 1930s culminating finally in Sutton and Cheam becoming part of the Greater London Authority in 1965. Sutton United became, much to Bobby’s chagrin, a team from ‘South London’.

Much of that building boom in the 1930s produced estates like Park Farm. Many terraced and end of terrace houses. Far fewer semi-detached for the ‘posher people’, Bobby envisaged. And the only houses capable of including a drive.

There were few motor cars in those early days and none at all in Brocks Drive until 1952, when a salesman dad of Bobby’s friend brought home a Vauxhall Wyvern and gave all the kids a ride in it. How exciting was that? 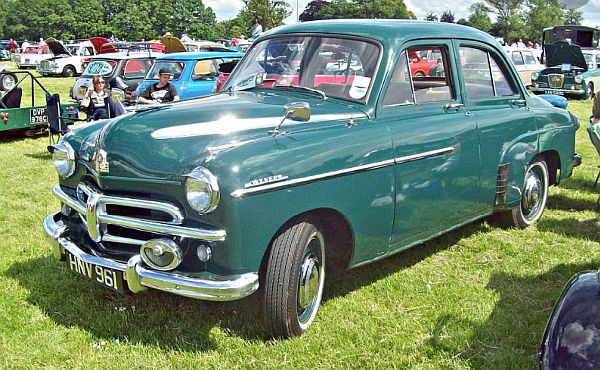 A typical back garden might be quite like 138. A small lawn, surrounded by roses and shrubs. A shed/workshop, built by Sid himself. A Pear tree. An Apple tree. A vegetable patch for Runner Beans, spuds and Cabbages in the main. And finally a Chicken coop. Many houses in those early post war years kept Chickens or Ducks.

Sid was the gardener. Dolly loved flowers and Bobby gives her the credit for the love he also has of flowers. The front garden was special to Sid, growing Roses in particular, which thrived in the heavy Clay soil predominant there.

Zéphirine Drouhin, a famous old Climbing Rose, that Sid showed Bobby to be thornless. Albertine, another famous old Rambling Rose. And ‘Peace’, a Rose with a wartime story that Sid loved to tell Bobby.

But there was a very special place in that front garden that he was forbidden to touch under any circumstances. In the shade behind the front gate was a small area, maybe two feet square at most. It was full of broken bricks. Bricks with holes in.

This seemingly inhospitable tiny piece of garden was home to a clump of the most indomitable of plants. Lily of the Valley. At this time of year, it forced its way through the bricks. Even the holes in them. It even cracked the concrete path.

Dolly loved that clump of Lily of the Valley. And treasured its exquisite scented blooms when they appeared. 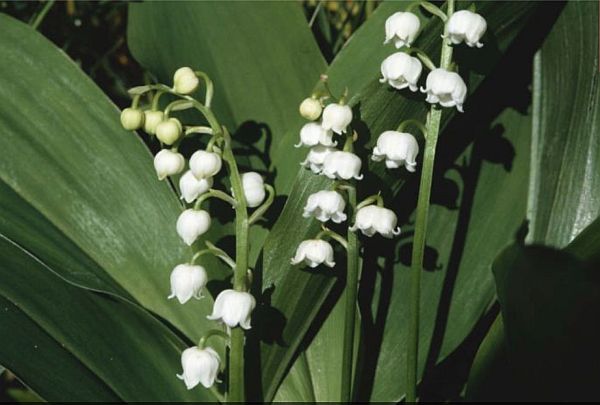 Sid was oblivious. He was busy killing off the pests with DDT (Dichloro-Diphenyl-Trichloroethane). Bobby can see him now, with a big bucket and a stirrup pump. And still remember the distinctive smell as Sid and every other gardener proceeded to innocently kill the world, had it not been for the controversy and eventual ban of DDT.

He also collected seeds. Growing those traditional plants like Lupins and Foxgloves and so on, he would allow the plants to go to seed and dry on the plant. Then, with small envelopes,
knock the seeds into them for growing the following year. The same, of course in a bigger envelope, collecting Runner Bean seeds. They were frugal days.

Sid and Dolly would find it hard to believe what happened to Brocks Drive and thousands of roads like it. Mass ownership of motor cars brought enormous pressures on housing estates built without provision for them. Pressure that could only to be relieved by digging up those little front gardens and converting them to drives, from imaginative designs to simple slabs of concrete.

It has been an environmental disaster. But then, even Bobby dug Sid’s front garden to create a drive for Wendy. His sister still living there then. There was no option. Until he, then she, couldn’t even park in Brocks Drive. Not a slab of concrete, but the bare minimum hard standing for a car and a lot of garden still left for her. She also loved flowers.

Lily of the Valley 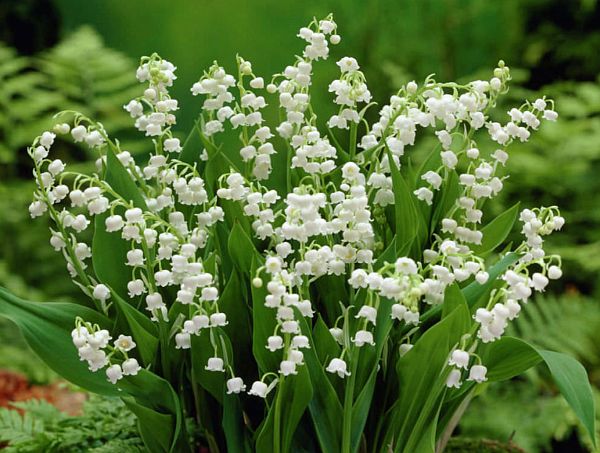 This flower symbolises absolute purity, youth, sincerity and discretion. But most, importantly it symbolises happiness.

Estelle painted these pictures of her own Lily of the Valley, and we are delighted to include them in this story. 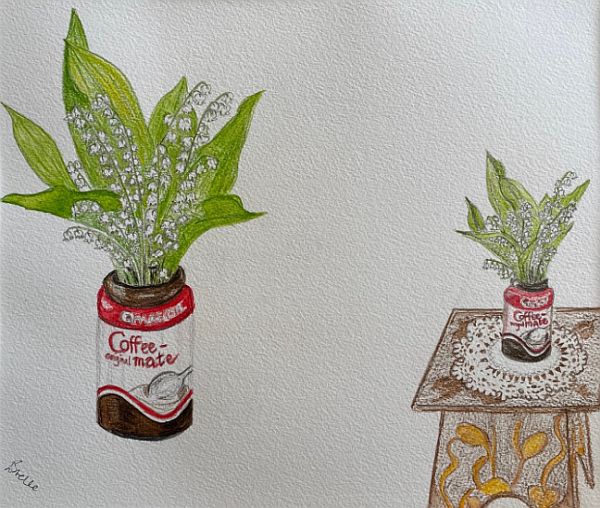 Lily of the Valley is symbolic of Easter and weddings. Often featured in the bouquets of royal weddings. It is referred to in the Bible as a symbol of humility. Known also as May Lily, May Bells, Lily Constancy, Ladder to Heaven. Its scientific name is Convallaria Majalis meaning ‘belonging to May’. And yet it is a member of the Asparagus family.

Lily of the Valley bouquets: 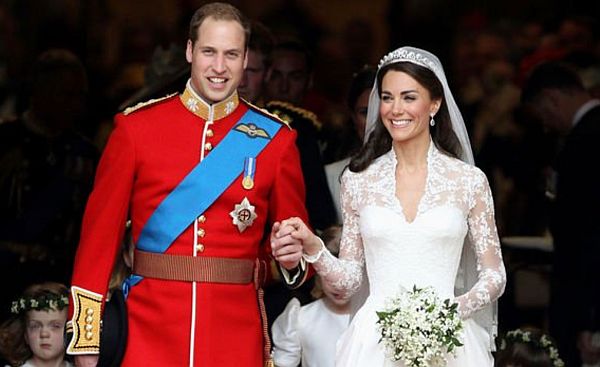 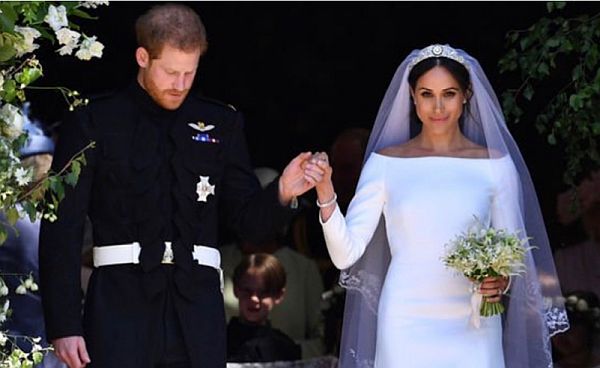 For some, Lily of the Valley signifies the return of happiness. Something elusive, maybe, in today’s troubled world. It’s appropriate then that the single stem from Estelle was associated with mindfulness, living in the day, or as we say in Mindfully Bertie ‘Yesterday is history. Tomorrow a mystery. So live for today’.

With that in mind, please note that the plant is highly toxic and somewhat lethal in those royal wedding bouquets!

And finally, even Queen sang about the Lily of the Valley:

Since we had travelled over to Brocks Drive, we thought we would do a survey.

There are 171 houses, split between approximately 26 semi-detached at one end north of the church and 145 terraced/end of terrace. There are 8 full gardens left, of which only four appear to be maintained. All the rest have had some sort of change of use for motor car parking.

Some quite imaginatively, with areas for plants and attractive paving. Others just slabs of concrete. In places, a continuous slab covering a number of houses. It’s a much more affluent area than it once was. Not one single house for sale. Some very expensive cars. Just 12 miles from Central London and excellent public transport. Beautiful Nonsuch park nearby.

138 Brocks Drive, a three bedroom terraced house, more expensive now than two bedroomed Laurel Cottage. The latter with no drive, because Bobby knocked the garage down and made it a garden again. Not a fair comparison of course. And when he lived at 138 he was happy with his lot. And they still have long back gardens. And … it’s just a few minutes walk to Sutton United. 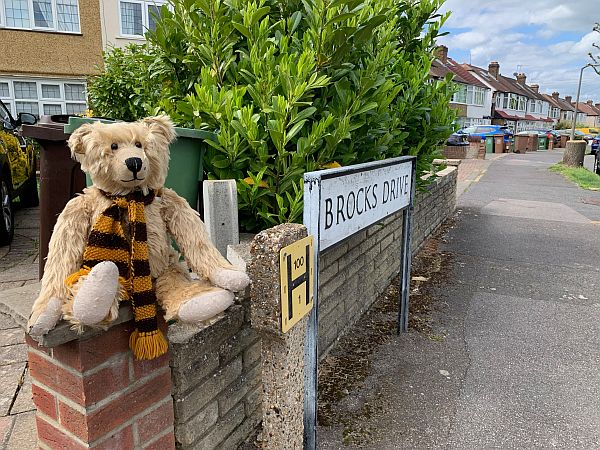 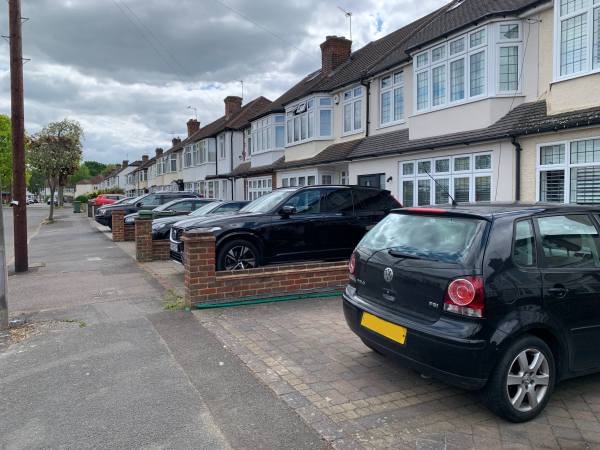 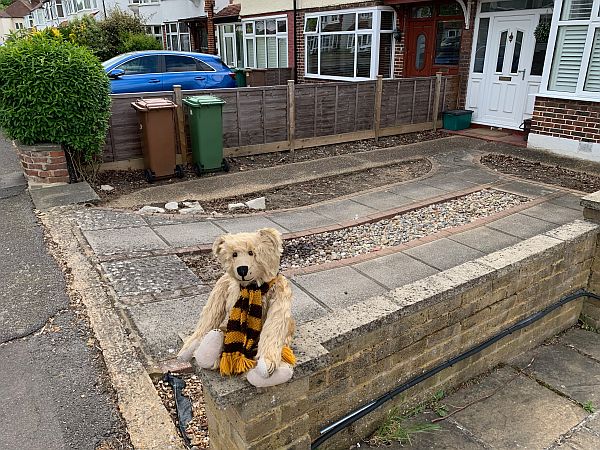 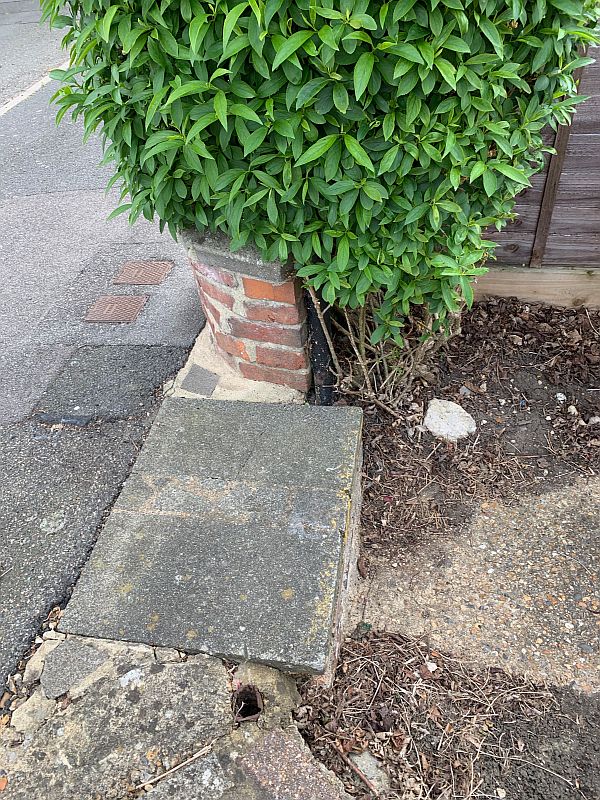 Where once Lily of the Valley grew. 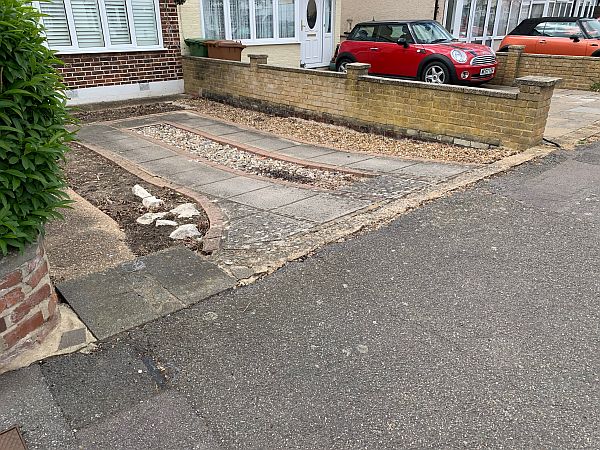 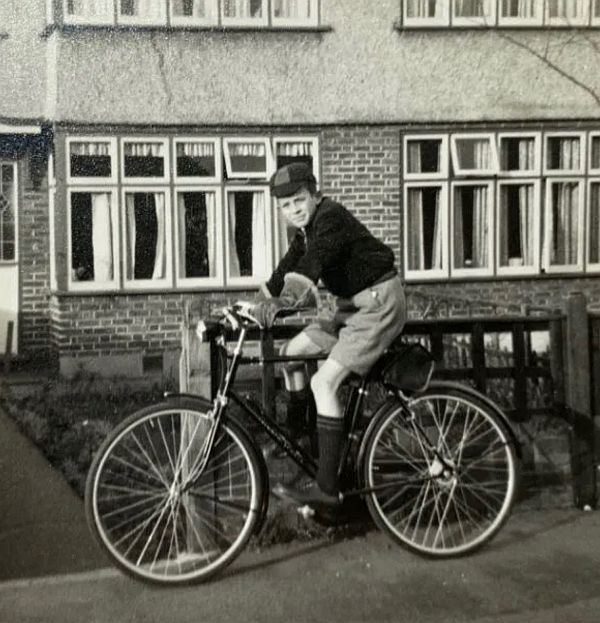 The front garden as it used to be. 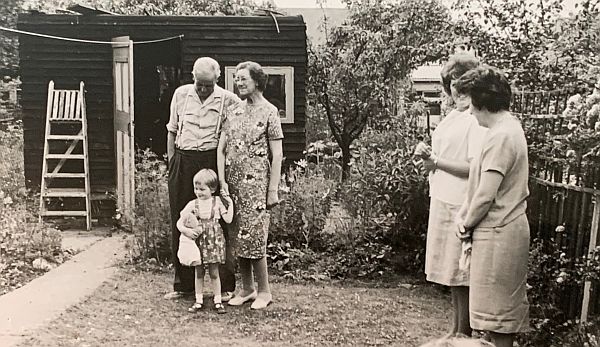 1963. Sid, Dolly, Elizabeth (resident genealogist), Kate, Sylvia. The shed that Sid built before the war. A Pear tree, an Apple tree and a Chicken coop behind the shed. Dozens of long narrow gardens. This was the first and only home that Sid and Dolly owned. They brought up their family there. It was home to the Ball family for 81 years. Elizabeth and Kate are still with us, but only Bobby survives as the baby of the family that once lived there. 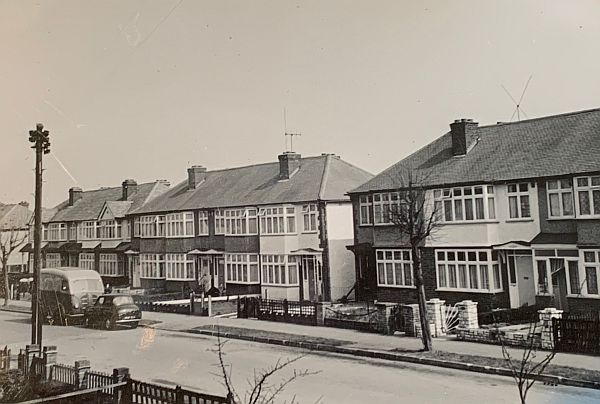 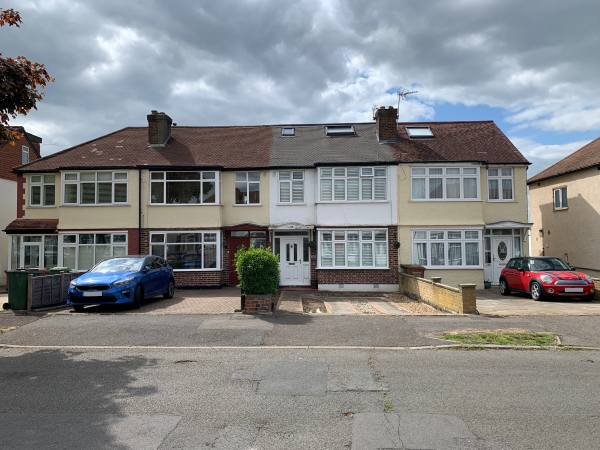 Bobby took me to Wisley gardens last week. Sitting at a café table in the shade, a family asked if they could share his table. The sweetest little wide eyed girl (about 6) asked him…

“Excuse me, but why have you got shiny teeth?” 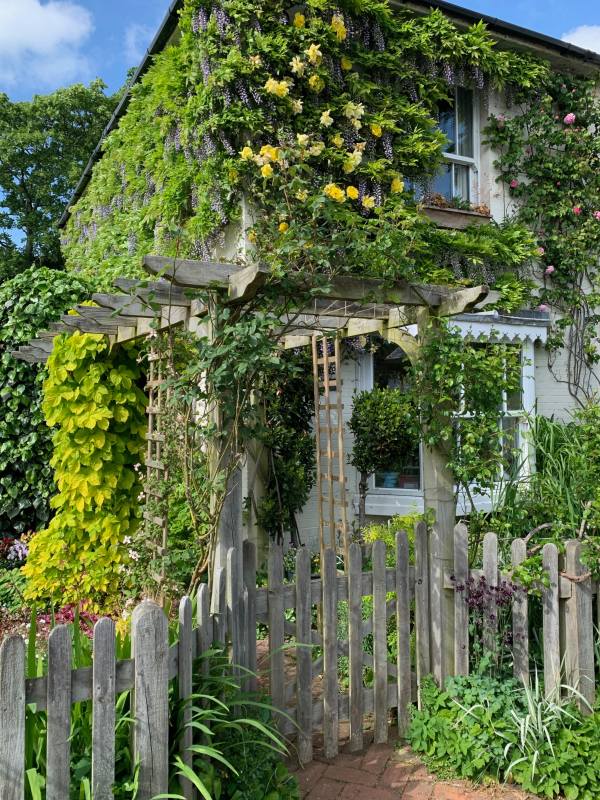 From 138 to 20. From Brocks Drive to South Holmwood. The Darling Buds of May at Laurel Cottage.

Bobby’s dad Sid spent most of his working life at KLG Sparking Plugs at Putney Vale. Including WW11. KLG was founded by Kenelm Lee Guinness, a famous racing driver.

On 17 May 1922, he broke the World Speed Record at Brooklands. 100 years, later the museum re-enacted the achievement immortalised in this famous painting. The same Sunbeam car with ‘Mayflower’ pulling a Steam Dreams special steam train to the event. 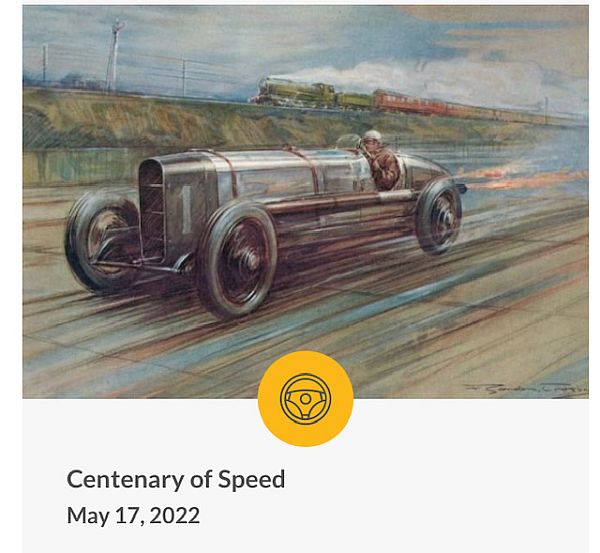 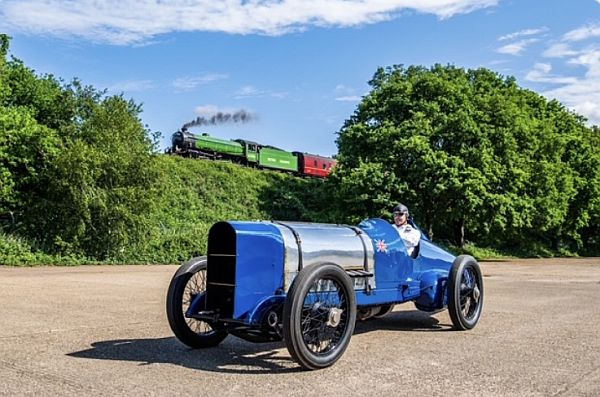 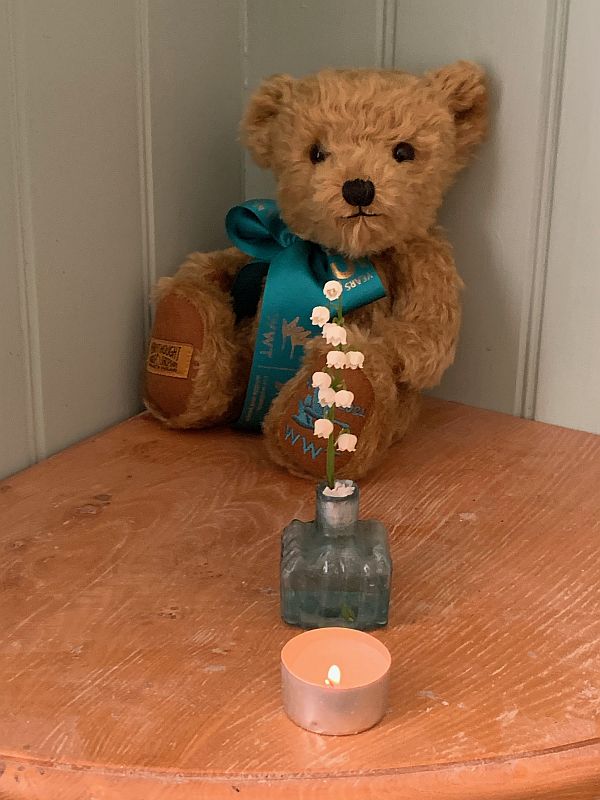 Gardens     Lily of the Valley