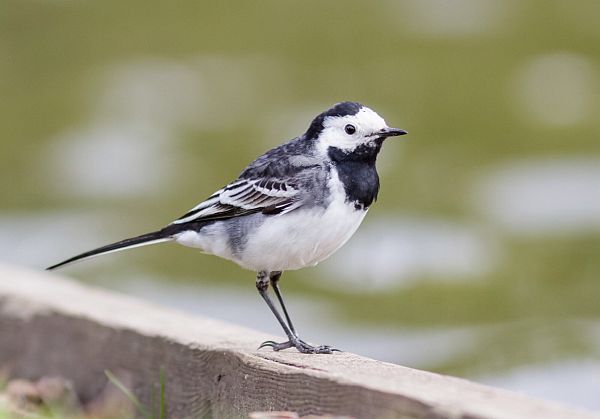 This is a story of courage, fortitude and above all else a never say die attitude to life.

One day Wonky, a Pied Wagtail, noticed that a new car was parked in the road. A car he didn’t recognise. An interloper. Was it stolen? Was it crooks waiting to pounce? Nobody knew whose car it was, so Wonky decided to make an example of it. For four days he danced round the aerial on the car depositing large amounts of poo to show his displeasure.

We asked the Self-Isolating Bird Club. Their opinions veered from seeing off a rival reflected in the aerial to a love affair. With an aerial. The latter enhanced by Wonky appearing to dance and pirouette. Even falling over on his own wagging tail whilst continuing to poo all over the car.

And then the car was gone. No-one saw it go. The owner, no doubt, oblivious to the drama that had taken place above his/her head. 200 members of the Self-Isolating Bird Club forgot about the pandemic for a few moments to watch the antics of a tiny bird and merely guess what it was all about. 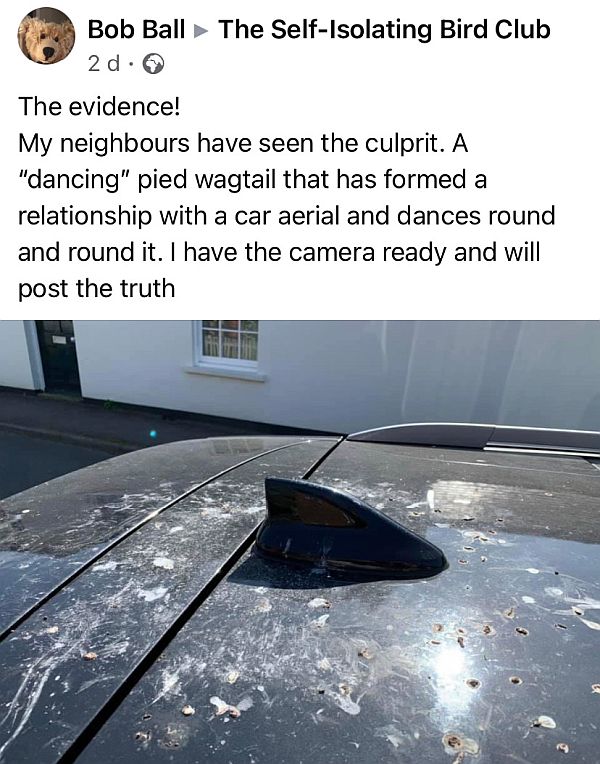 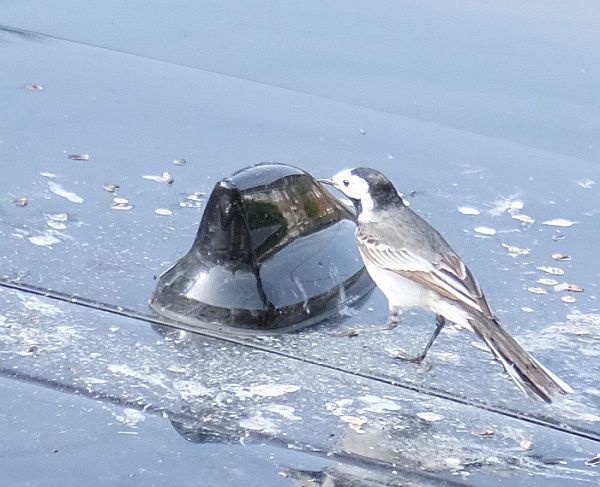 Wonkying on his own tail.

The jive. Followed by the collapse… of the cameraman! 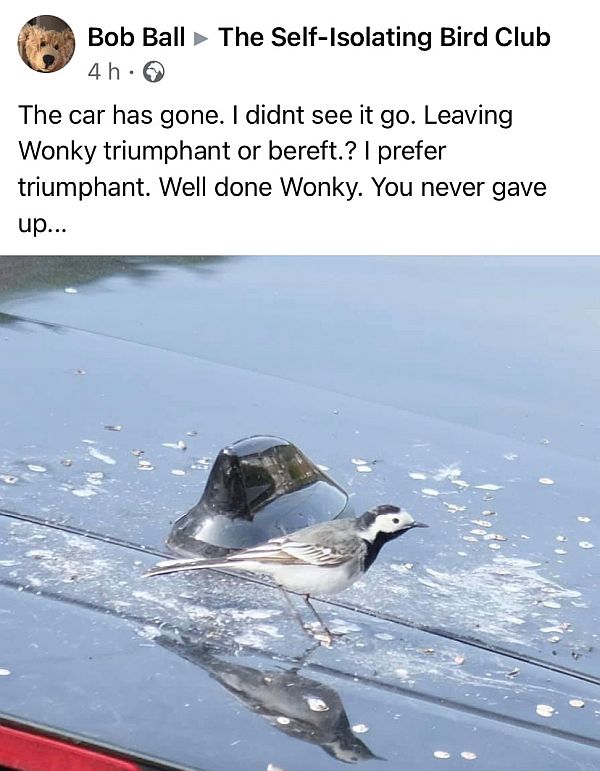 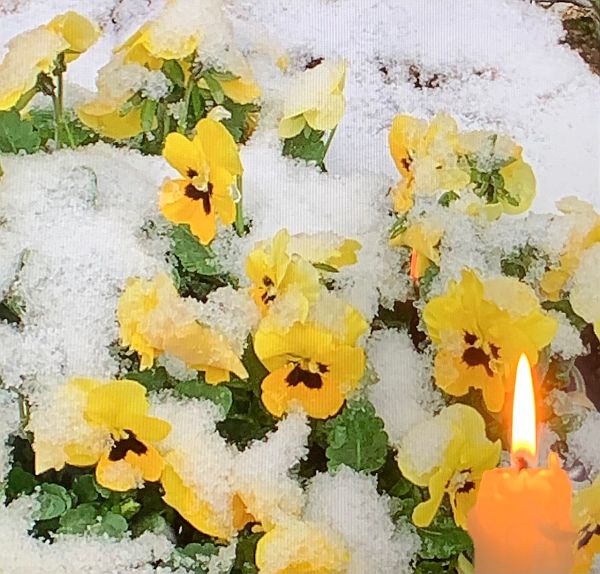 and it flippin’ snowed on 12 April!