A Tribute to Rosemary 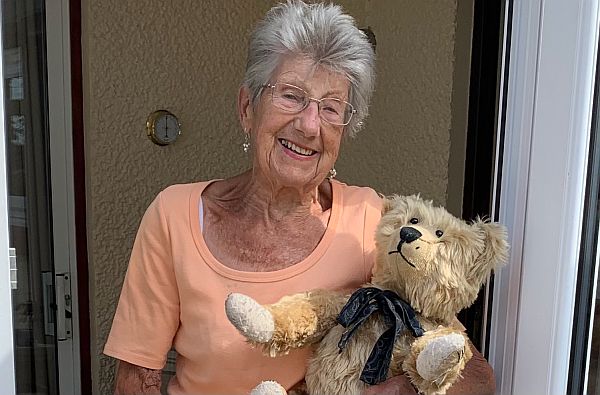 Bobby’s mobile phone rarely rings away from Laurel Cottage. His endless communication with the rest of the world being by all those other means at our disposal now. So when it rings it is usually important. Just twice in fact in nearly three months. Both, by coincidence, while sitting in the sunshine at the Royal Horticultural Society’s (RHS) Wisley Gardens.

The first, in September, from Anne telling us that Peter had died. He loved Wisley Gardens and we wrote a floral tribute to him. The second from Jill. Just over a week ago. Rosemary’s daughter, to tell us her mother had died.

Over many years staying with Rosemary, we had learned over breakfast how she had once lived in the Surrey Hills. Also loved the gardens at Wisley and been back there with her family in recent times. She told us she loved autumn. So for Rosemary our tribute includes a little bit of Wisley Autumn. Just one single tree, but a very special one.

We have often written stories about autumn. I particularly like The Autumn Leaves.

Once again this year people are saying: “Isn’t it a wonderful autumn.”. Many wondering if it is the best ever. I think autumn is always wonderful in the Surrey Hills. According to the National Trust. 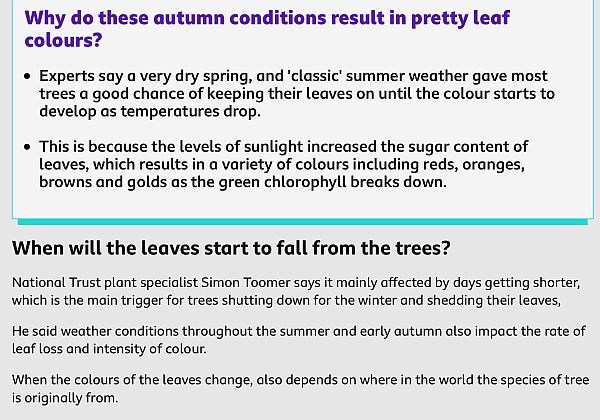 So there you are. It’s been a beautiful autumn. Our special tree at Wisley for Rosemary is Liquidambar. This one close to the children’s imaginative playground. 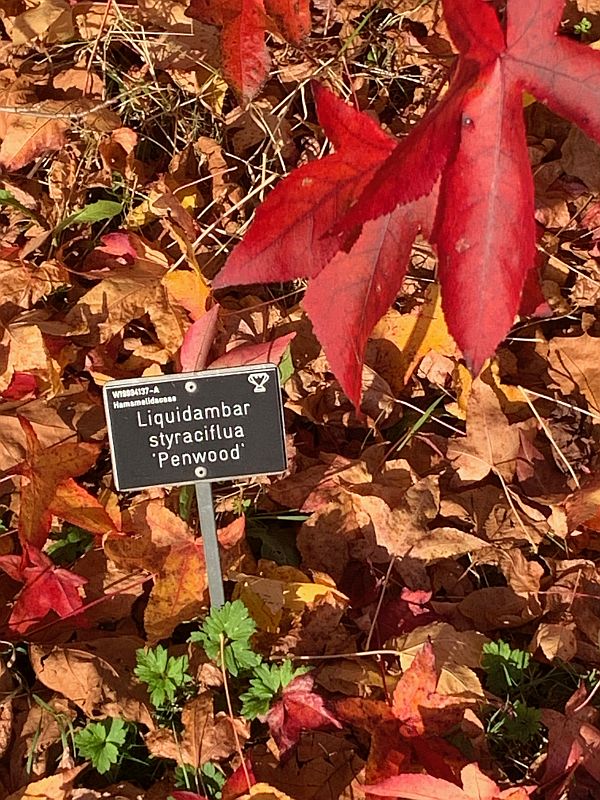 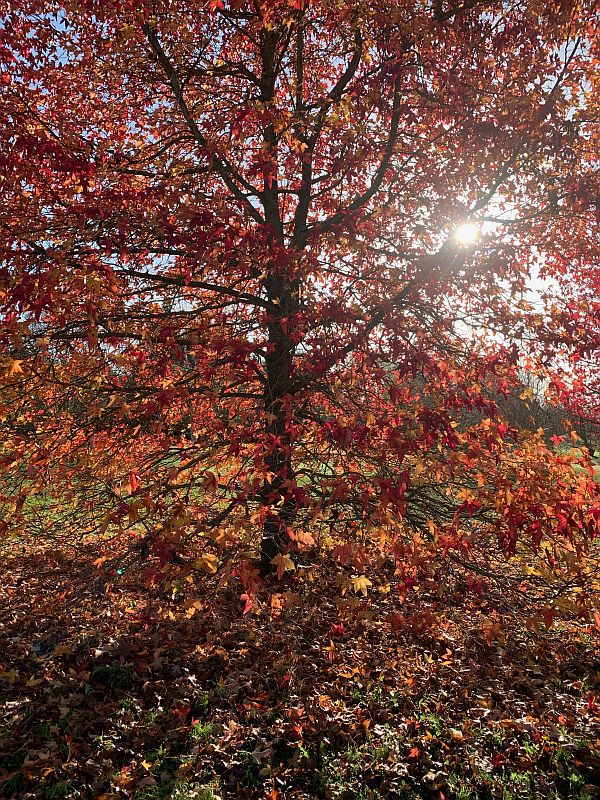 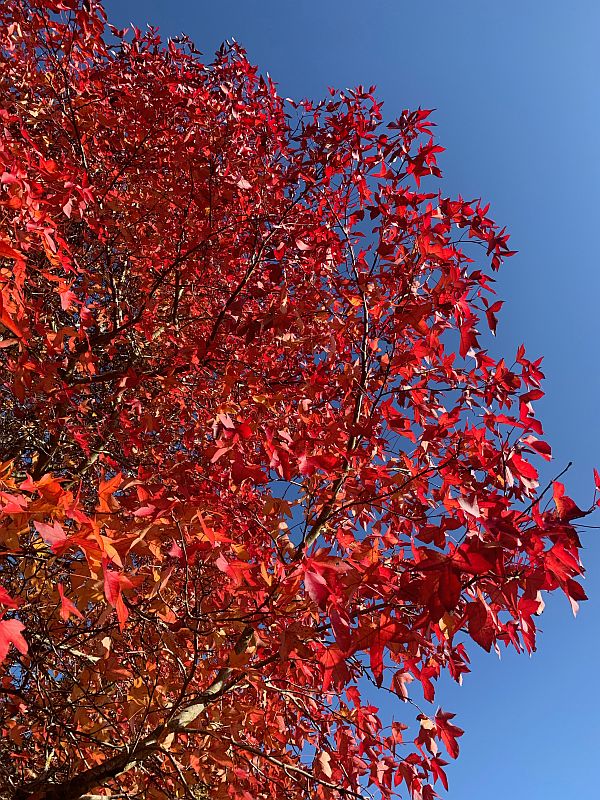 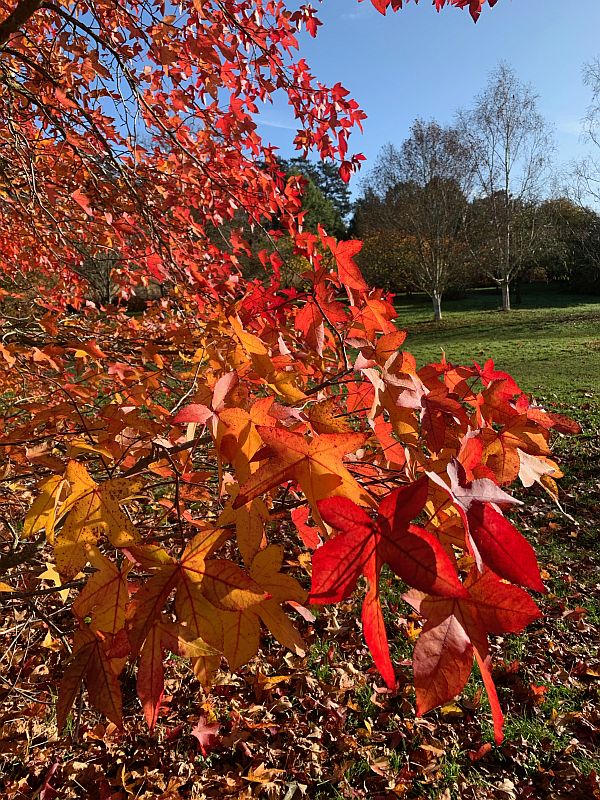 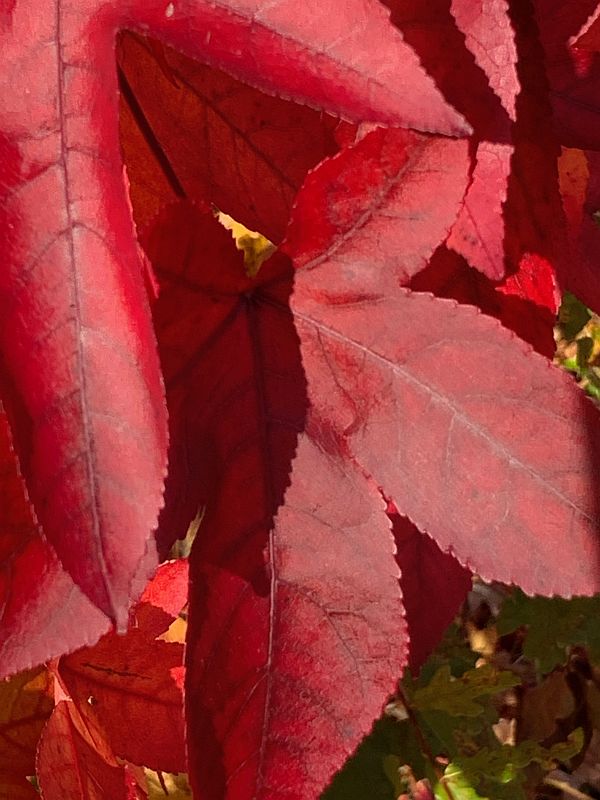 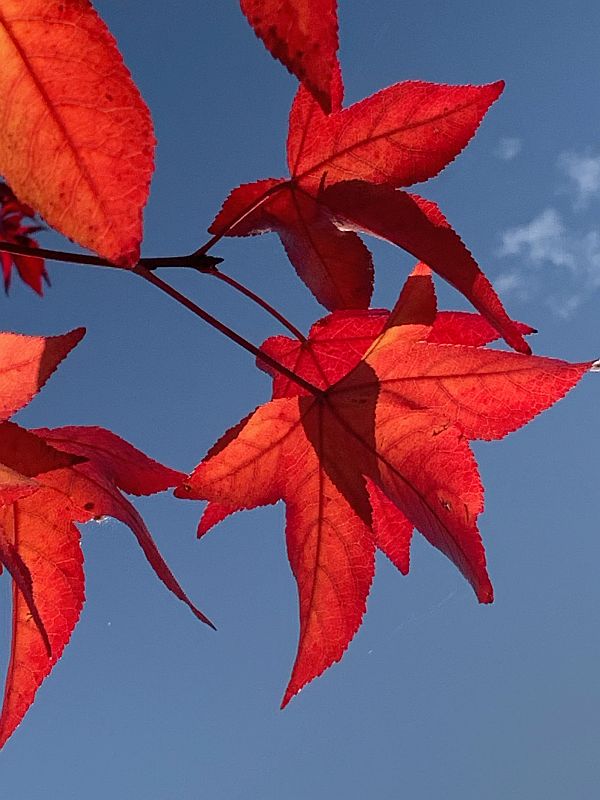 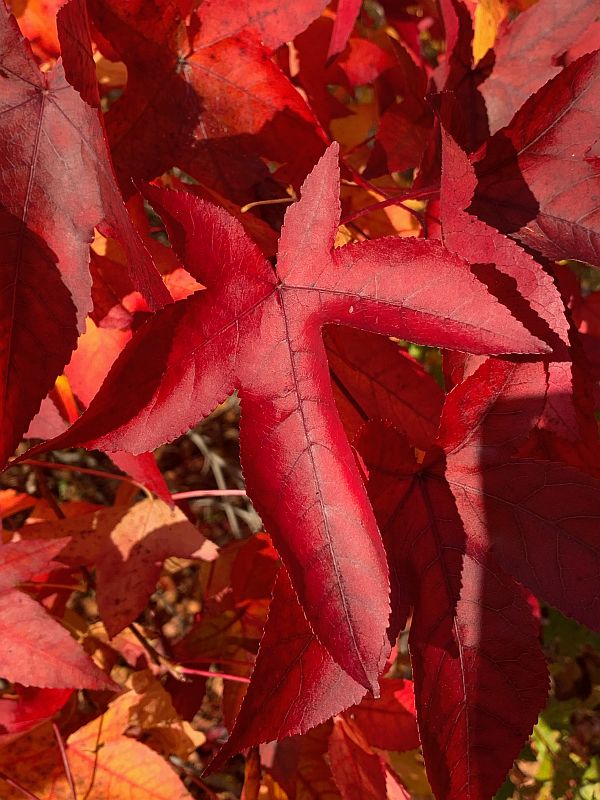 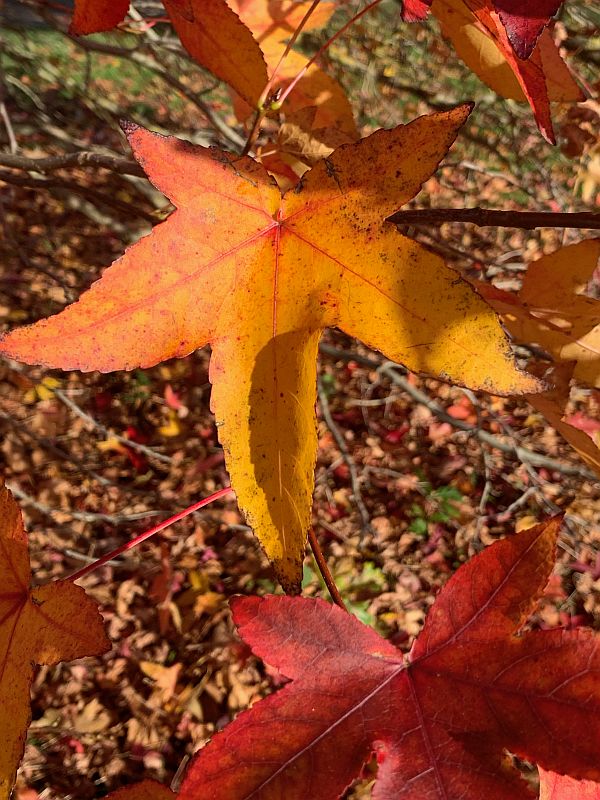 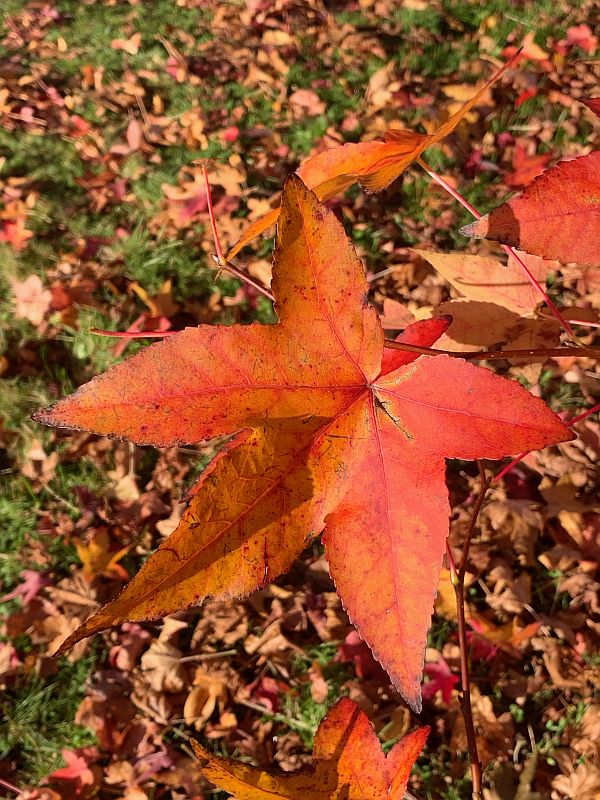 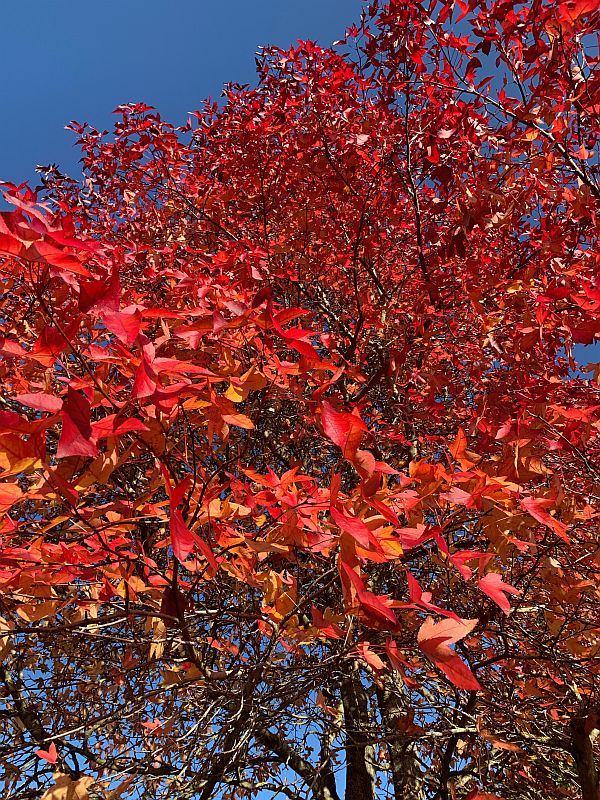 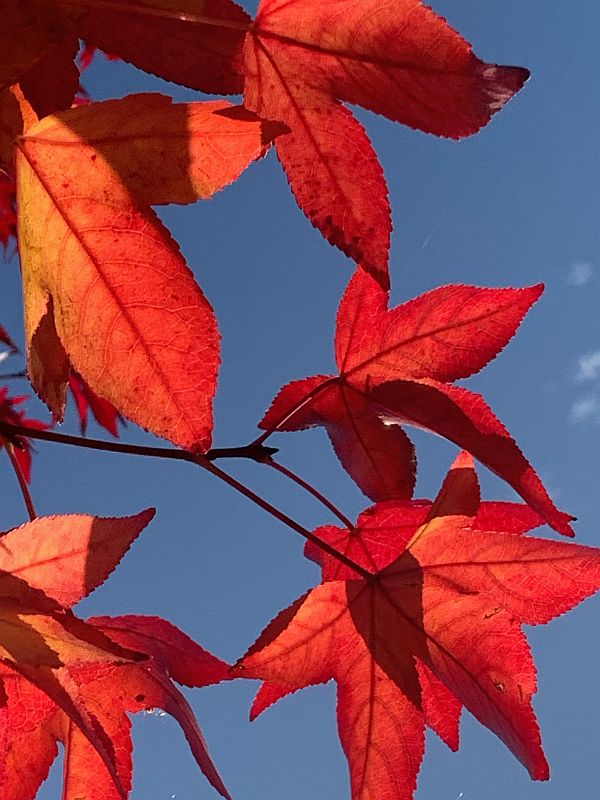 Lighting a Candle for Diddley and Rosemary

We were very sad to learn of the death of our dear friend Rosemary from beautiful Pembrokeshire. Just last year we wrote a tribute to her in Mindfully Bertie following her retirement from her bed and breakfast business. This tribute is now our obituary. And we did keep our promise to her when we returned to Pembrokeshire in May and went to see her. 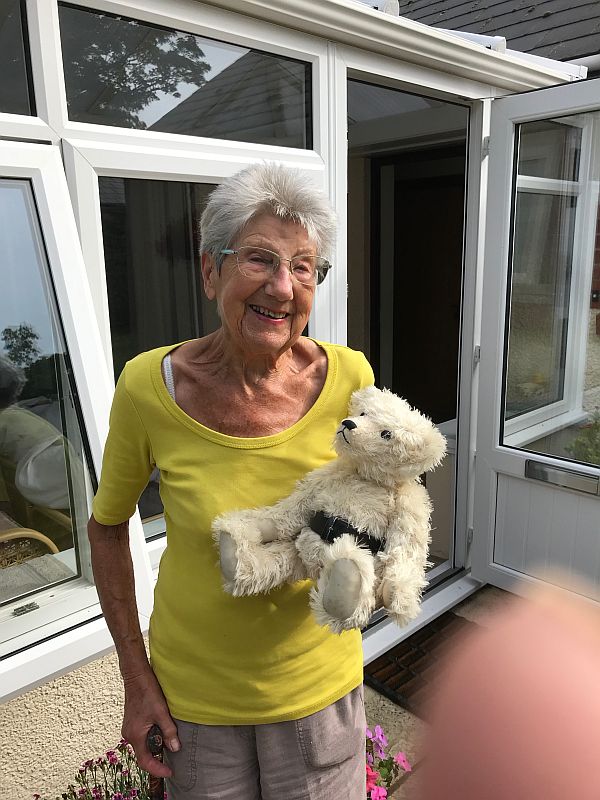 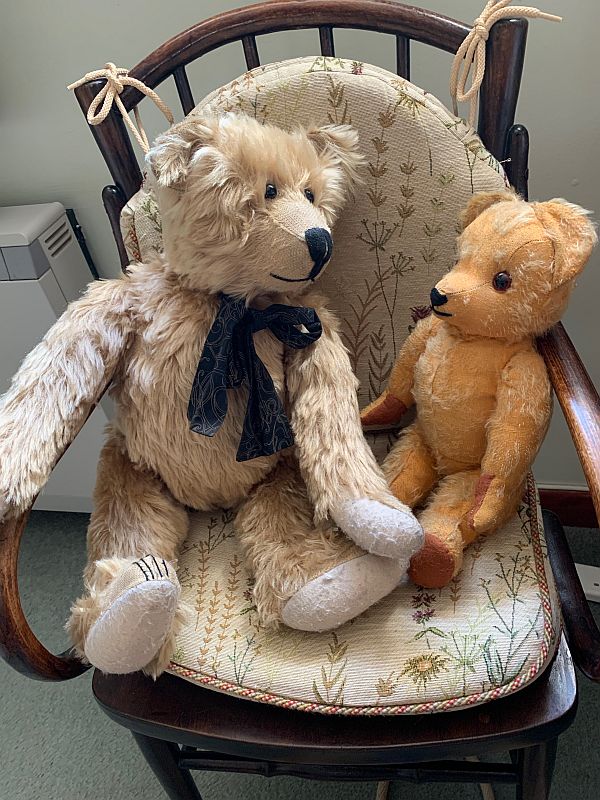 Bertie and Eamonn in Rosemary’s conservatory.

“Rosemary has been wonderful. A B&B, with just one guest. Near Solva, not far from St David’s. We have stayed there many, many times. When we were going to Skomer and Skokholm Islands, she understood that sometimes we left very early in the morning to catch the tide. When the weather was bad and the boat could not go, we just stayed with her until they did.

At other times we stayed with her just to walk the Pembrokeshire Coast.

Two years ago, bad weather stopped us going to Skokholm altogether and we just had an extended mainland holiday with her. And, of course, Bobby had left me at Rosemary’s last year and took Eamonn instead to Skokholm. She looked after me for nearly three months following Bobby’s heart attack until Bobby was well enough to get a train back and pick me up.

Rosemary has decided to retire and we would like to thank her for all the years we have stayed with her. It was like coming home. We will keep in touch and look forward to seeing you, Rosemary, hopefully next year.” 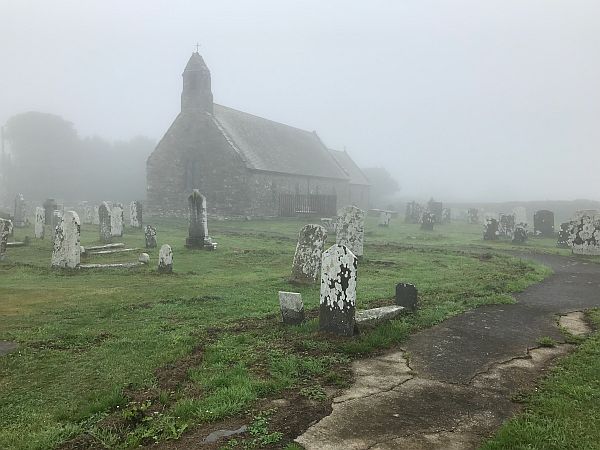 Back in 2019 we lit candles in that little church for Diddley. When we return to Pembrokeshire, we shall do the same again. For Rosemary. 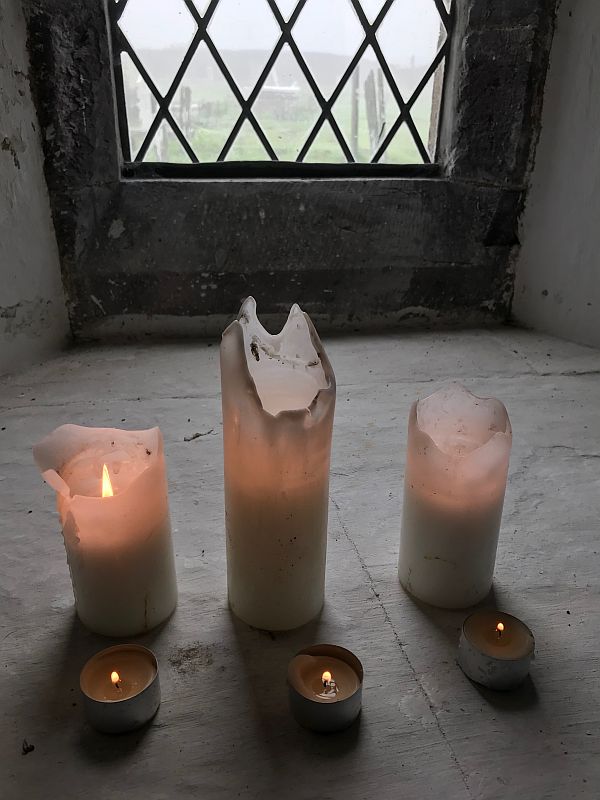