This Service is Cancelled

(Includes Landscape Photographer of the Year). 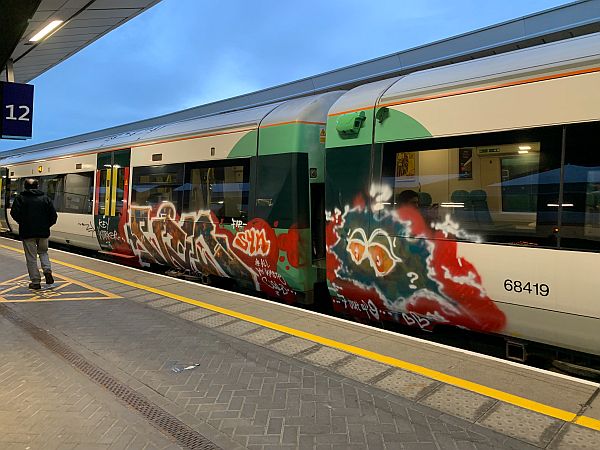 The train was an art gallery too.

This service is Cancelled

“This service is cancelled. There has been an incident at West Croydon. Please leave the train and return to the concourse.”

We all did as we were were told, apart from one chap in the corner with noise reduction headphones who had to be tapped on the shoulder to join the real world.

On the concourse, a manager looking railwayman was fending off questions. “There’s been a suicide. Emergency services are there.” And moved onto the next question. “When will the line
reopen?”

It had been a lovely day. At first in the autumn sunshine. 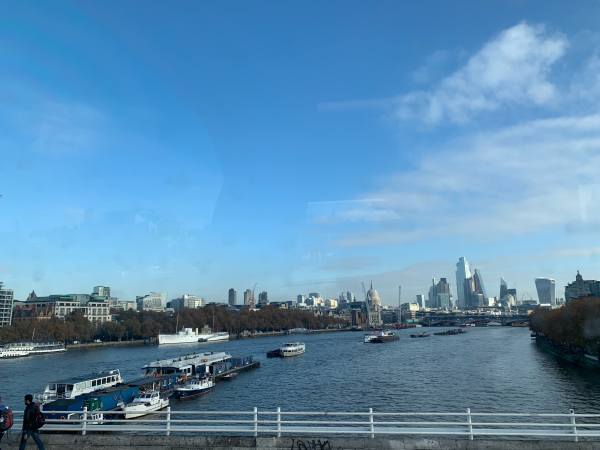 The view from the top deck of the 341 across Waterloo Bridge will never look better down the river. 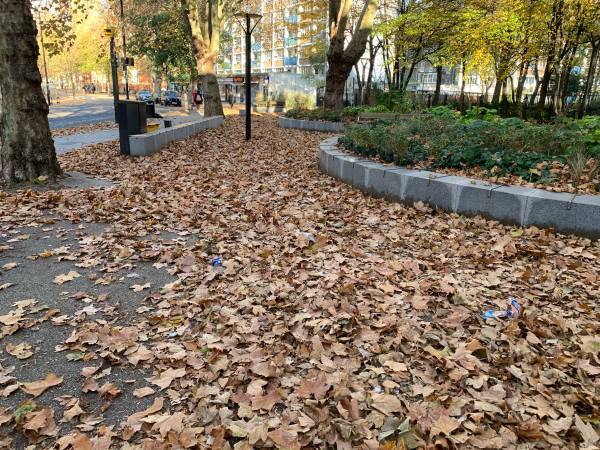 The Plane trees in Islington shedding mountains of leaves. 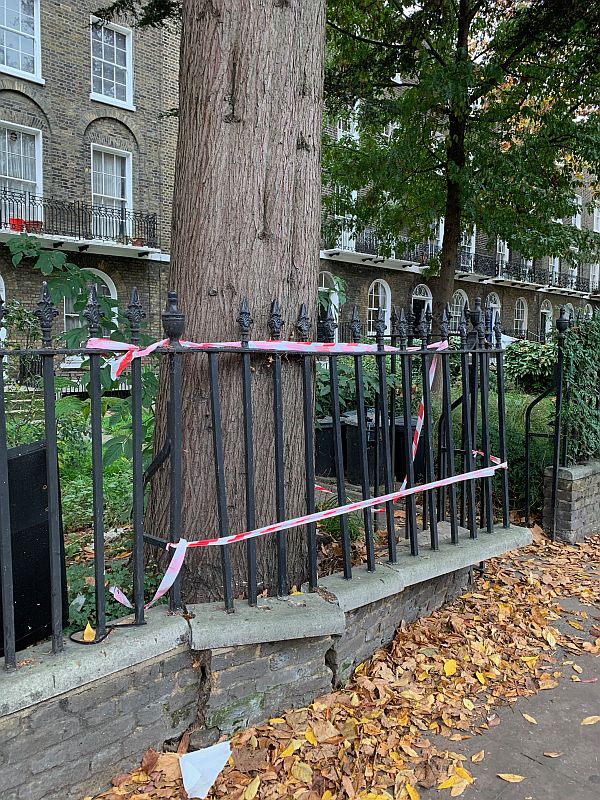 A Conifer planted too close to the wall.

The meeting of dear friends at St Silas Church Islington so rewarding now back face to face. 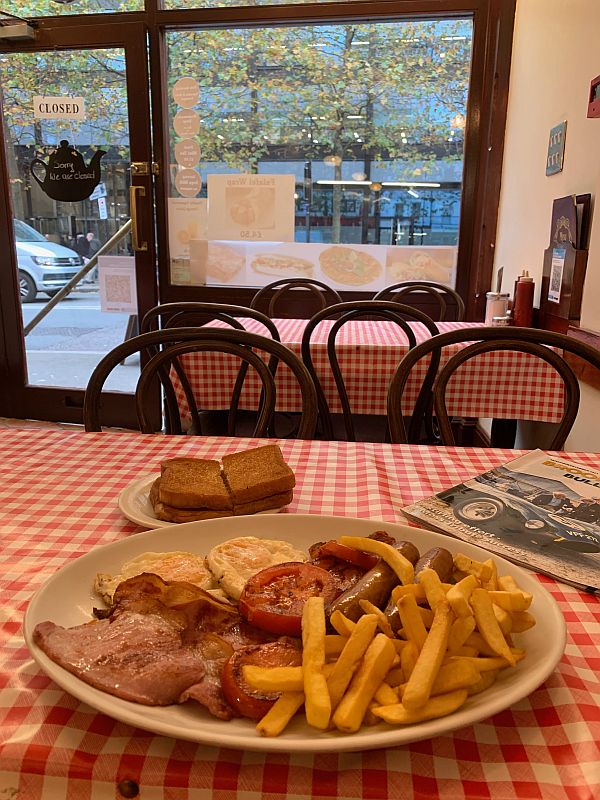 The Tuesday treat of a very naughty all day breakfast at the Angel Inn café so inviting. And a little adventure to follow. A No 43 electric double decker bus to London Bridge Station to see the exhibition of finalists in the Landscape Photographer of the Year Competition. And a train journey home from London Bridge for a change. 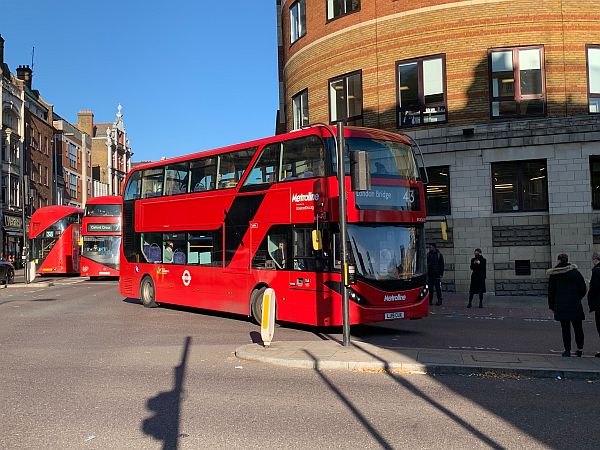 The No 43 route is equipped with fully electric double decker buses. This is a BYD ADL Enviro400EV. The bus is built in the UK by the UKs biggest bus manufacturer. Alexander Dennis. The electric technology comes from BYD. A global manufacturer from China.

The train was warm and comfortable. We had over an hour to relax, facemask on, and snooze back to Dorking.

“This Service is Cancelled” changed all that. He was thinking of times gone by. How close he had come to disaster. Wondering what went through other people’s minds?

Did they think about the ‘victim’? Did they care? Were they more concerned with being late home? Was it all a bloody, selfish inconvenience? What did they think? These are the unfettered thoughts of someone who has been there. Told Ruby Wax in front of a 1,000 people in her show in London. But…

But that was then. Now is today. The history of yesterday is archived forever in the following blogs and their links:

And they certainly had lived on that Tuesday. He took Eamonn instead of me. The Lord Mayor’s Show was enough for me for a while. So Eamonn went.

The bus was great. The meeting? Who knows. Eamonn was in his bag. The fry up great. The bus to London Bridge fine. Most people wearing masks. London Bridge Station took a long time to rebuild, but now you enter below the Shard into a vast, somewhat intimidating, space for a newcomer.

“Excuse me? Can you tell me where the Landscape Photographer of The Year Exhibition is?”

And so they did. Having been to many Landscape Photographer of the Year Exhibitions, this was a real disappointment. Not the pictures. They were as fantastic as ever. But the venue? Well. To be fair, the competition is sponsored by Network Rail and it’s clearly for them to offer the exhibition space.

In the past, it started inside the corridors and wide spaces of the National Theatre. Just like an art gallery. Then it moved to the new balcony at Waterloo Station, which made it far more accessible to people just using the station. And yet separate on a different level making it still an exhibition space. 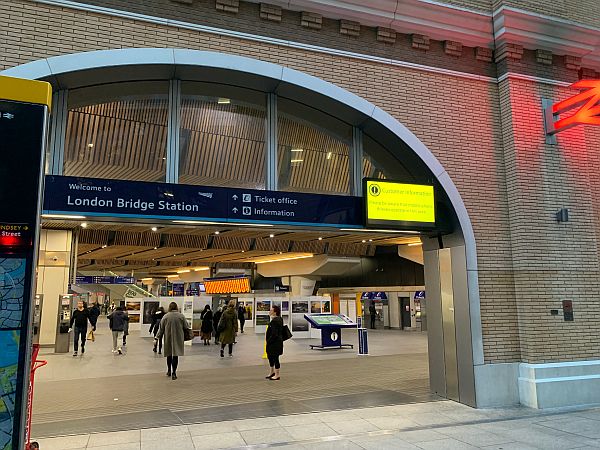 London Bridge is just a vast entrance for millions of computers tramping by the pictures. The lighting was poor and the whole experience disappointing. BUT, do not be discouraged. It is still a wonderful exhibition of photographs. If you can imagine the John Constable paintings from the National Gallery in a similar setting, you will understand what I mean. 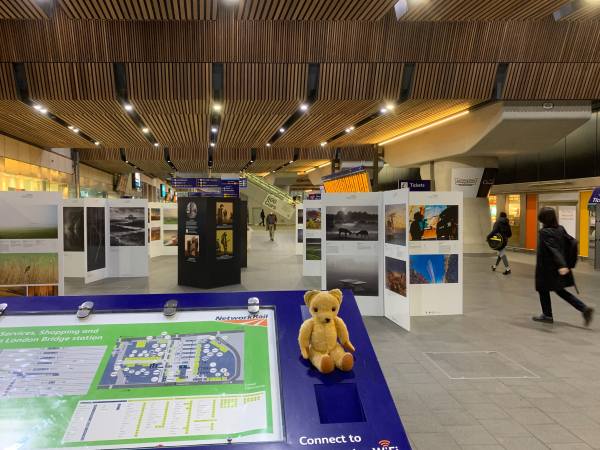 So, unlike previous years, we have just assembled a few of our favourite photographs from London Bridge. The Exhibition is on until 9 January 2022, when it moves to Liverpool Street Station and then round the country finally returning to Waterloo Station from 18 April to 1st May (see www.lpoty.co.uk) and I urge you to go and ignore the commuters.

Waterloo also has the advantage of natural light through a glass roof in the daytime, which London Bridge does not. But heh-ho. We will probably go back for a second look when it gets to Waterloo.

Landscape Photographer of the Year Competition. Includes deliberate mistake. Bobby is so boring. He has some kind of radar that spots spelling mistakes. 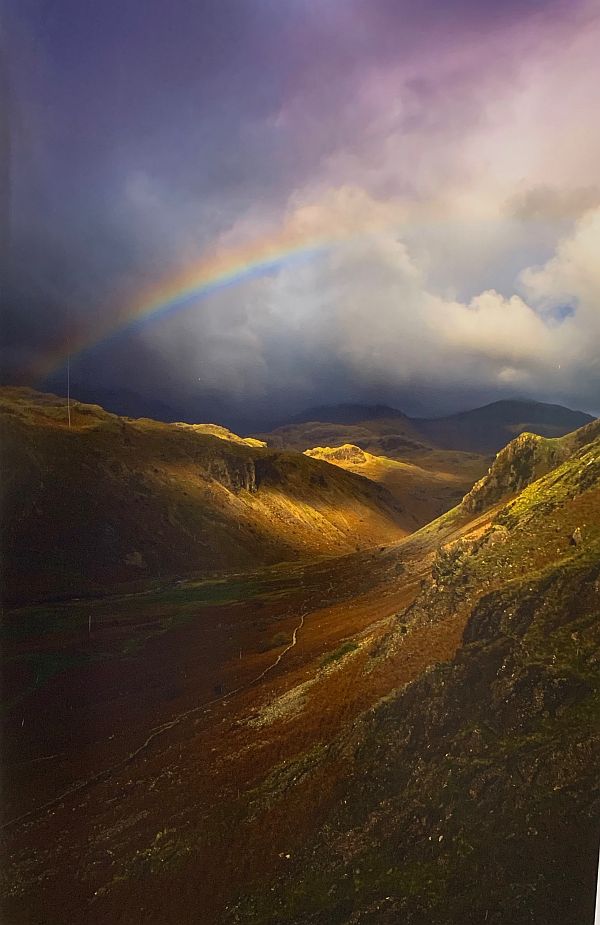 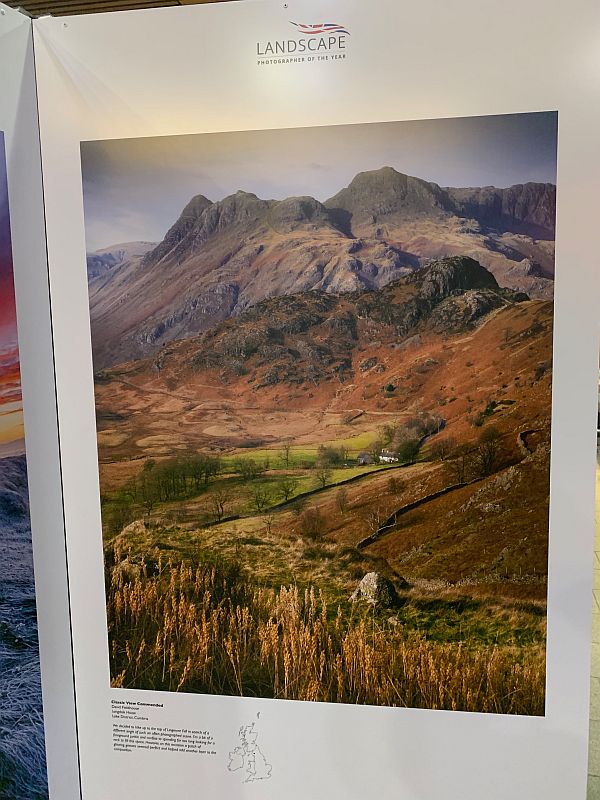 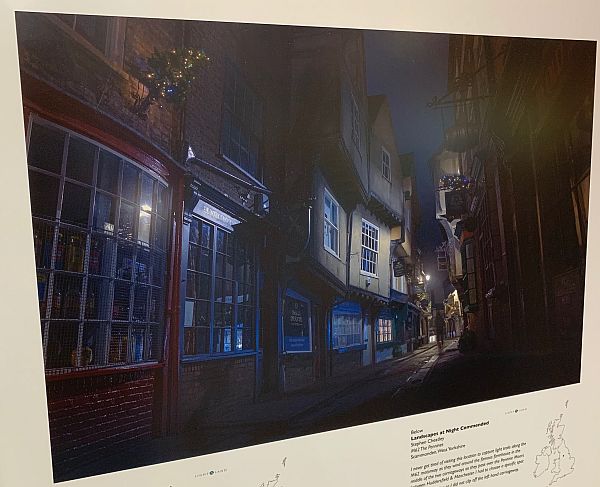 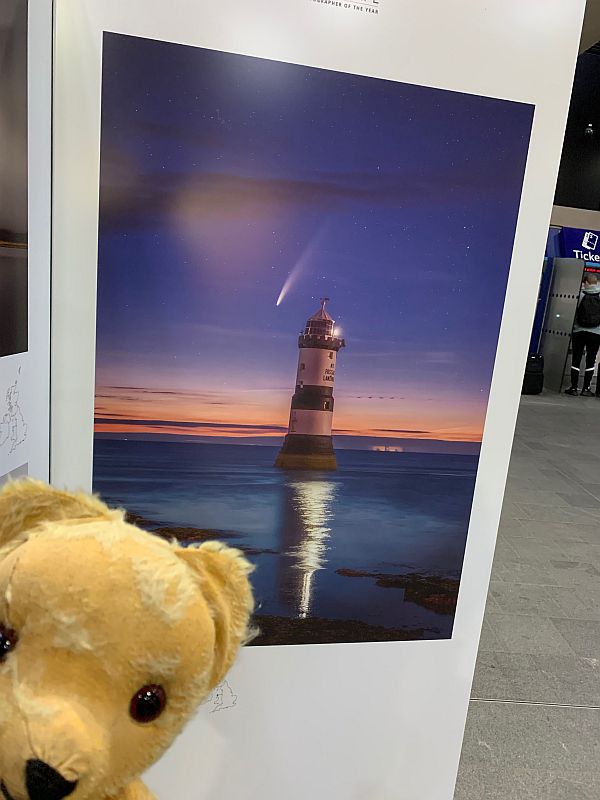 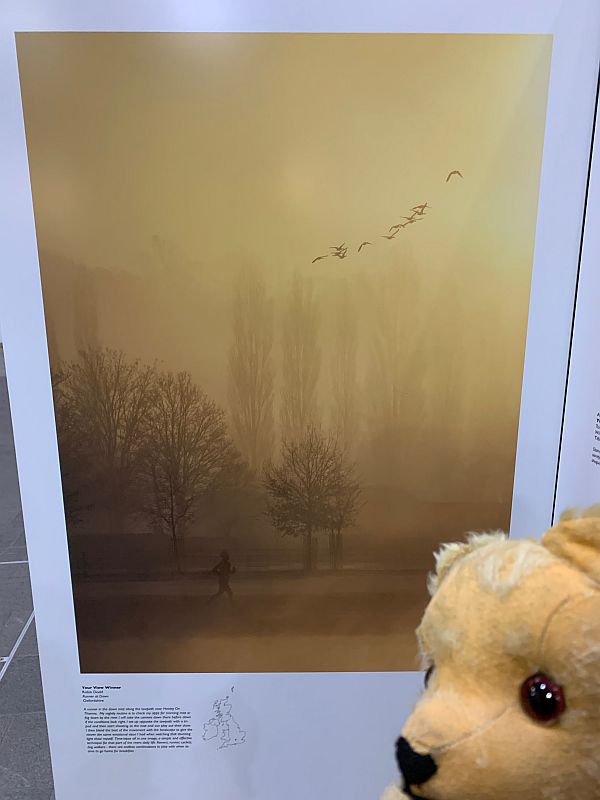 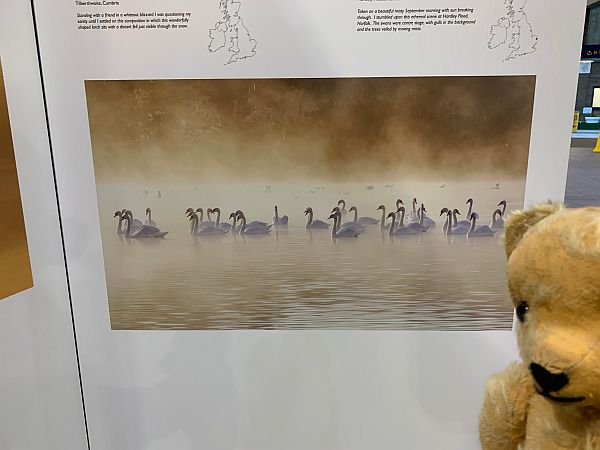 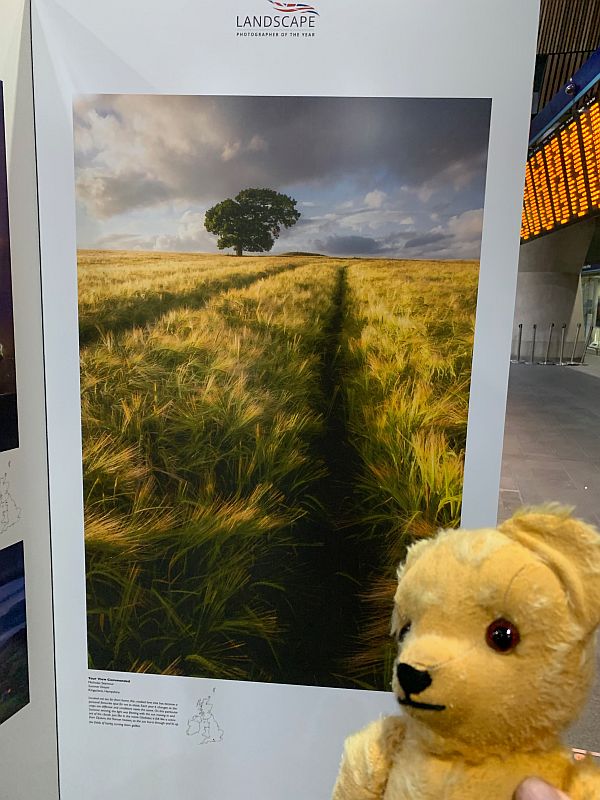 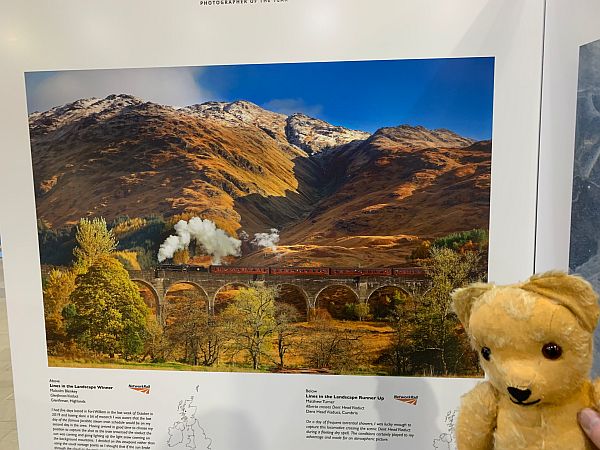 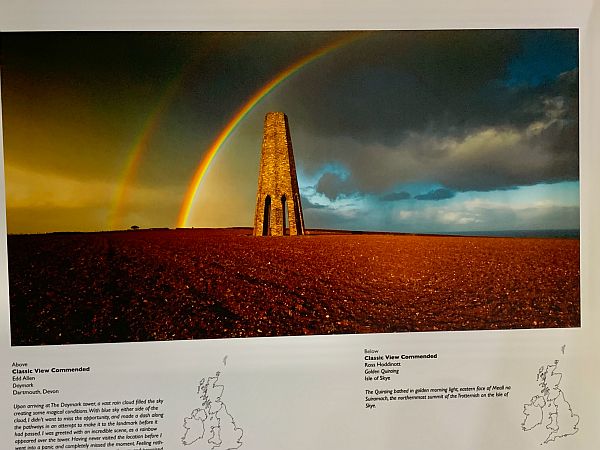 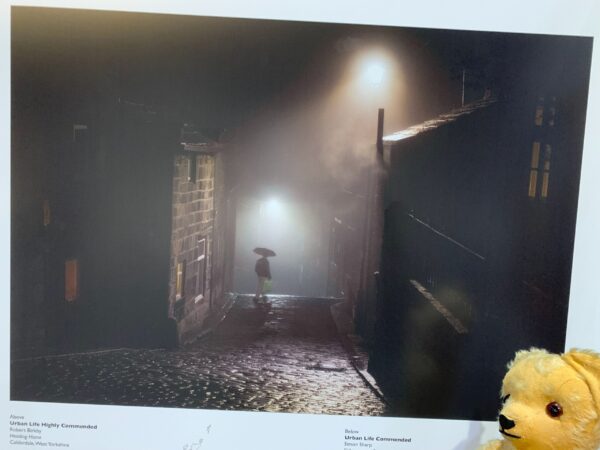 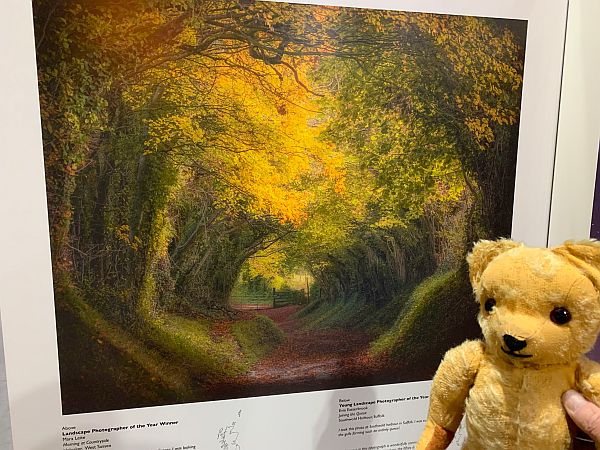 This is only a random selection of the many prints on show. Bobby seemed strangely disheartened by the experience. Took very little care taking the photos. Wished really they were back in the National Theatre, which was undoubtedly the best venue. But, from Network Rail’s point of view, railway stations give access to the masses and their own part in promoting the competition. So we say “If you get a chance, go and see it”. 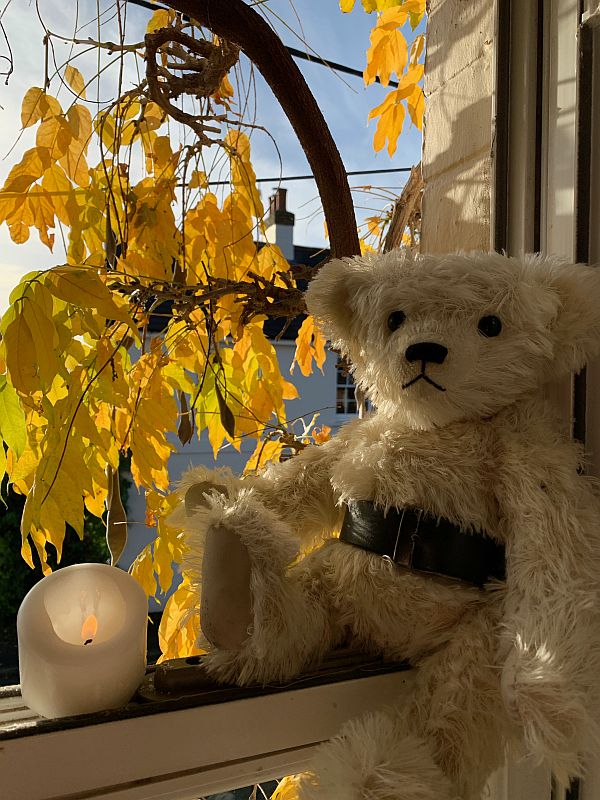 Last leaves on the Wisteria, Beautiful in spring and autumn.