Finding Peace at Christmas in Birmingham 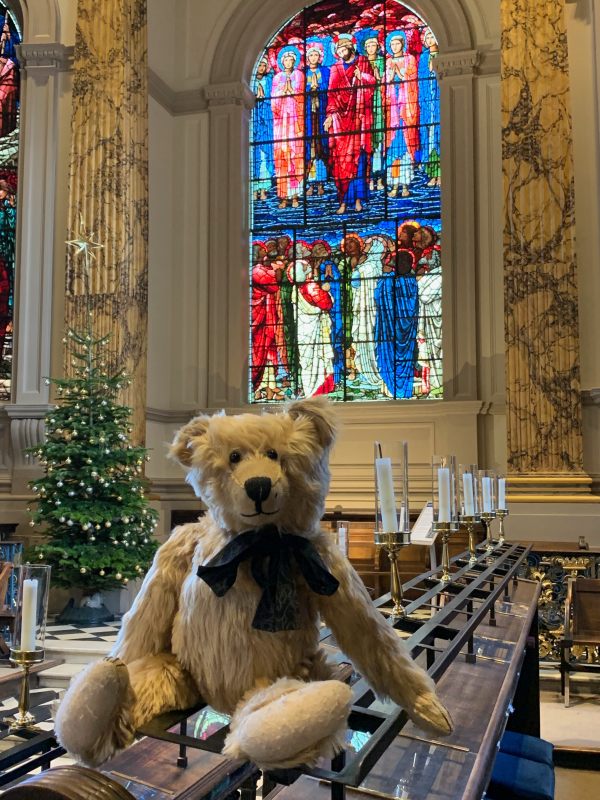 People like Bobby see life as a series of adventures. Big ones. Medium ones. Small and tiny ones. Even a shopping trip to Waitrose can be turned into a little adventure.

To be an adventurer you need certain things. Finance, of course. Ideas, which he has in abundance. Energy. The last was never lacking in his younger days but plays a much bigger part now in old age. And now post the ‘very serious event‘ is of indeterminate supply. He never really knows now when he will suddenly become tired out. Knackered. Cream Crackered. He also acknowledges the role that ‘acceptance’ can play. While this situation exists, to ensure that adventures for the present have escape routes just in case the energy levels drop.

By the time you read this, we plan to have spent our Christmas in London again. Another adventure. For the past two years illustrated as 100 picture slide shows of the East End. This year we are planning a much subdued adventure to include plenty of ‘nuffin‘ time. Instead, we offer you the story of an adventure that nearly went wrong but was rescued by divine providence. Or that’s how it seemed at the time.

The adventure was to travel to see the Floating Christmas Market in Birmingham. Run by the Roving Canal Traders Association. Principally to see Tim and Tracey on their canal boat ‘Sola Gratia‘. Tim, the technical director who plays a very large part in the production of this blog. And Tracey, his wife and artistic director to the cause. They now have a retail outlet on their boat selling doggie bits and bobs – The Doggie Boat.

But Bobby, being Bobby, had planned two days of extra adventures for the weekend. Financed cheaper by staying at Dudley Premier Inn. This leading to adventurous free bus pass journeys into Birmingham and other attractions nearby.

This was also the first time he had used the wheelie holdall since ‘“the very serious event’. Climbing the mountainous steps at Dorking Deepdene station was bad enough. But late trains. missed reservations and spending half the journey sitting in the luggage rack completely put the dampers on the whole adventure. At New Street Station, it was obviously a bridge too far. The weekend was close to being abandoned. What to do? Sit in Pret and drink copious tea for a start. Find the bus to Dudley and give up. Crash out at the hotel. Watch ‘Strictly’!

The buses in central Birmingham start from Colmore Row, next to the cathedral.

Uphill we trudged and found ourselves drawn to the warmth inside the cathedral. Warmth of spirit, as well as temperature. Maybe it was a refuge in our hour of need. Maybe it was a bit spiritual. Whatever it was, we felt so at home in that building. Made welcome by numerous dog collared workers, who found time to talk to us and others who felt the need for a chat.

None more so than Tracy, who listened patiently to the whole story of how Mindfully Bertie started and was developed.

Eventually, we did get to Dudley and watched ‘Strictly’. The next day was confined to the Floating Christmas Market. And he changed the ticket for a much earlier reserved seat on the train back on the Monday. You could call it an outbreak of common sense. But in the end, of course, it fulfilled all the requirements of an adventure. Provided you accepted the situation as it unfolded.

So here is a picture story of that little adventure. 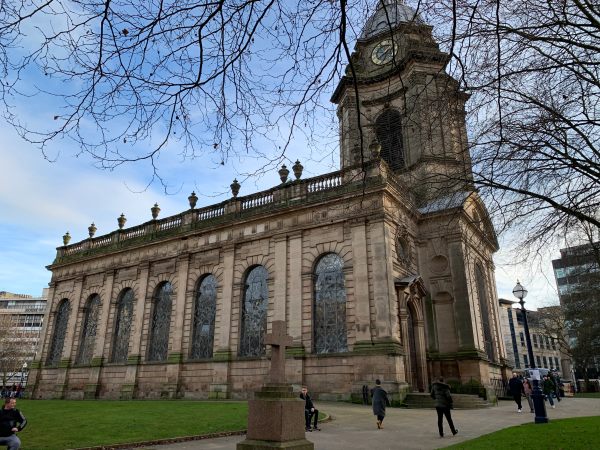 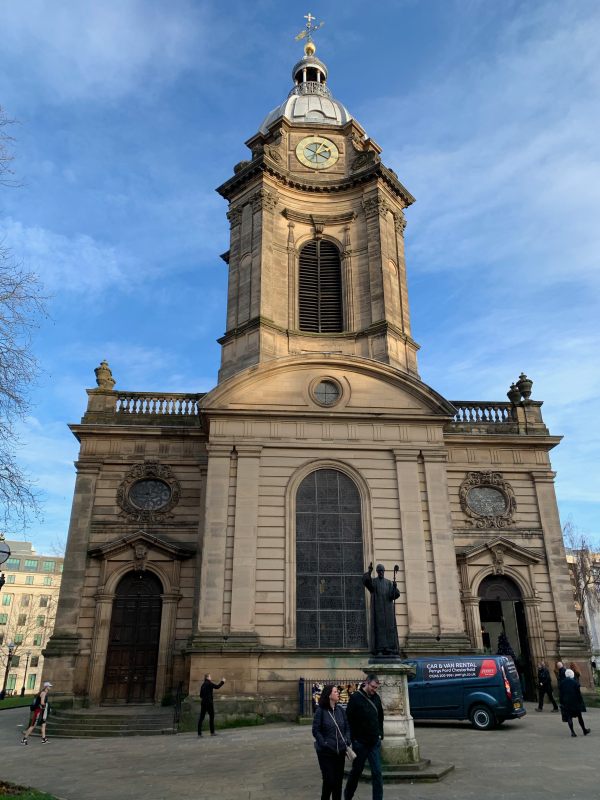 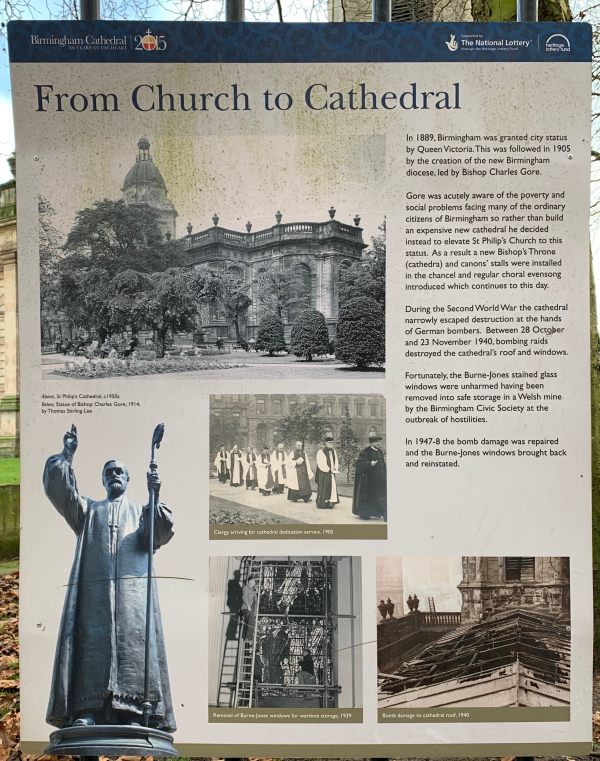 How a parish church became a Cathedral. 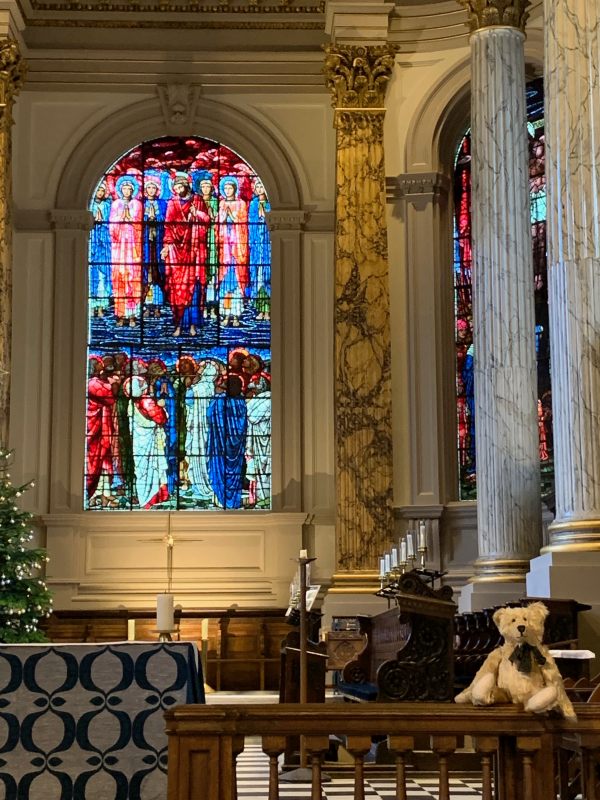 Glorious stained glass. (Read the poster board below and discover how they escaped destruction by German bombers by being removed and hidden in a Welsh slate mine). 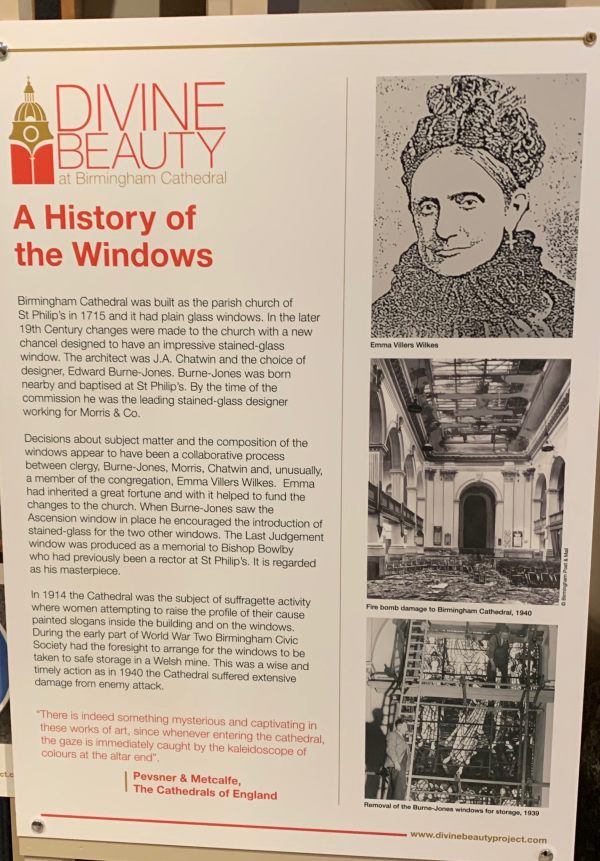 The story of the windows. 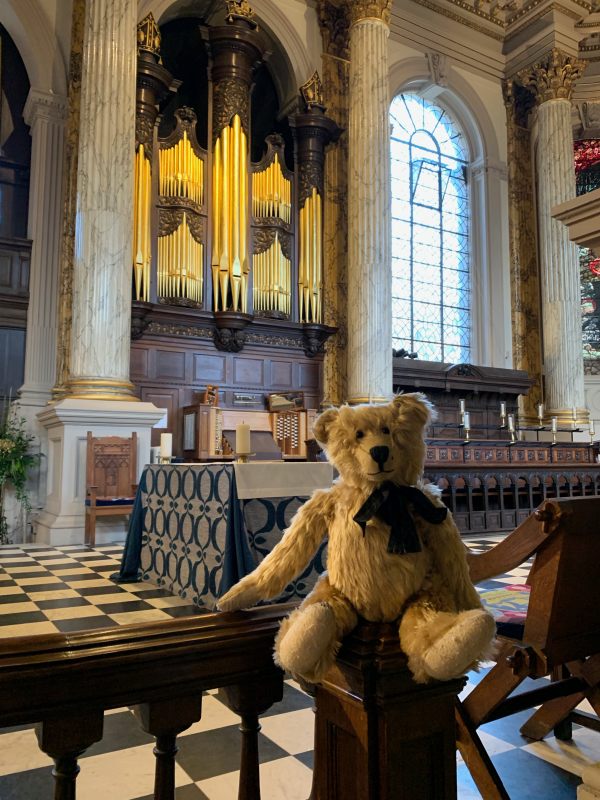 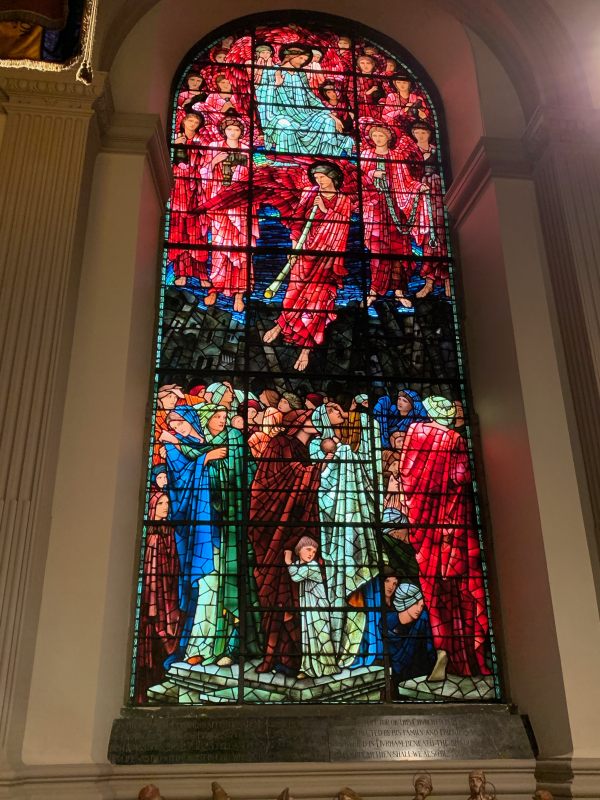 Another version of the history of St Philip’s Cathedral. 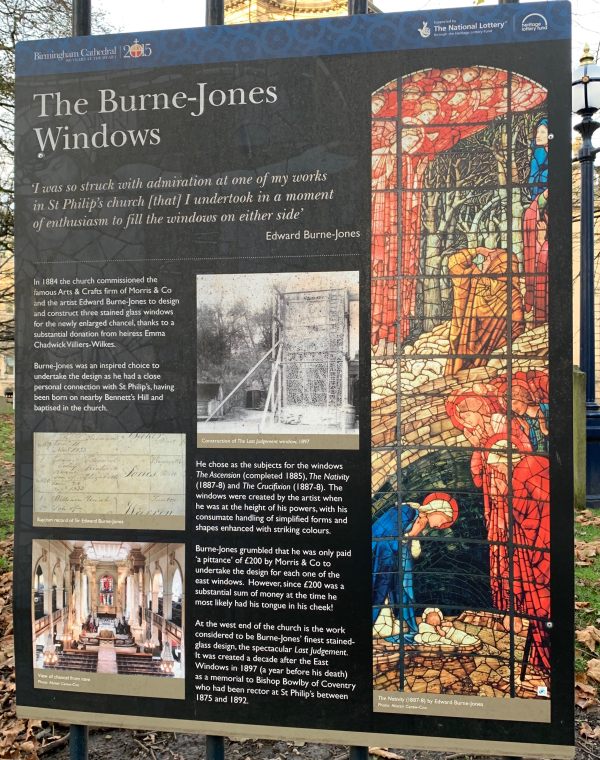 More about the windows… 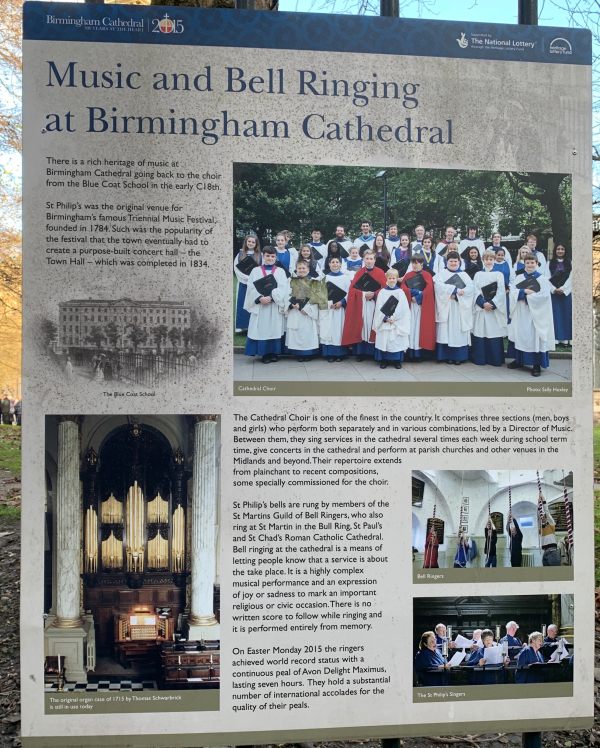 … and on Music and Bell-Ringing. 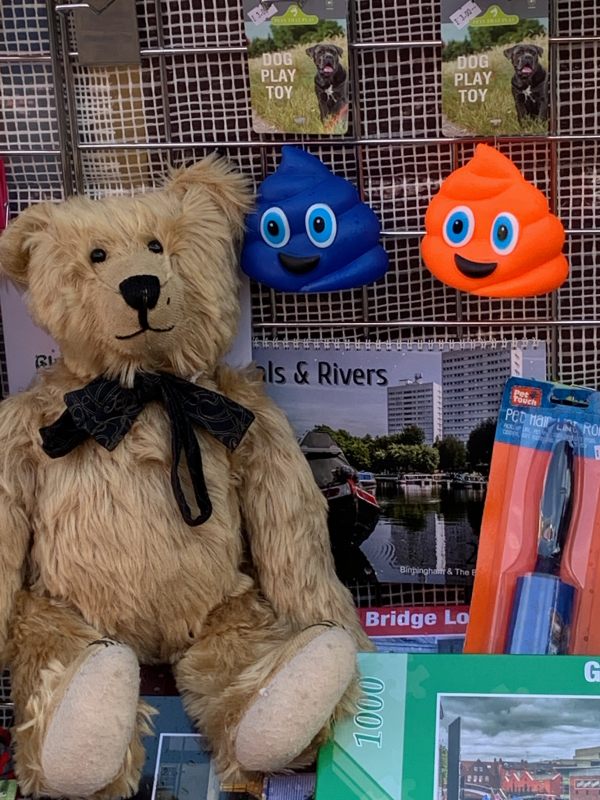 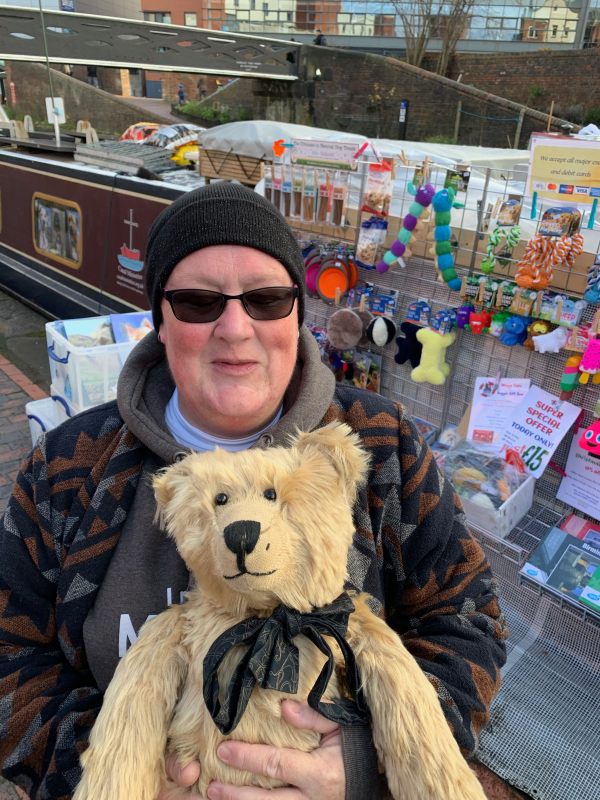 Lindsay, another canal boat owner, knew all about me and was so excited to meet me in person! 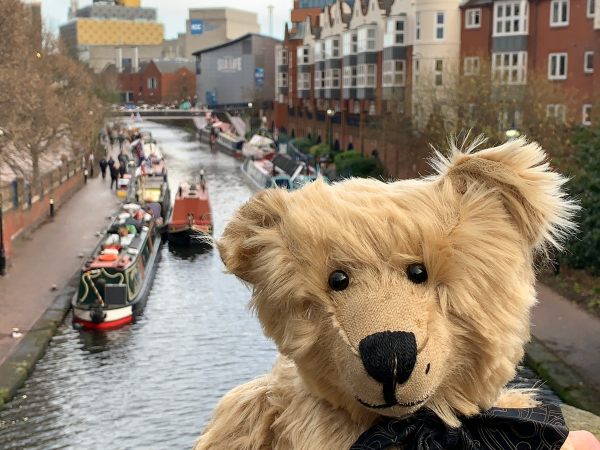 Looking down on the Floating Christmas Market. 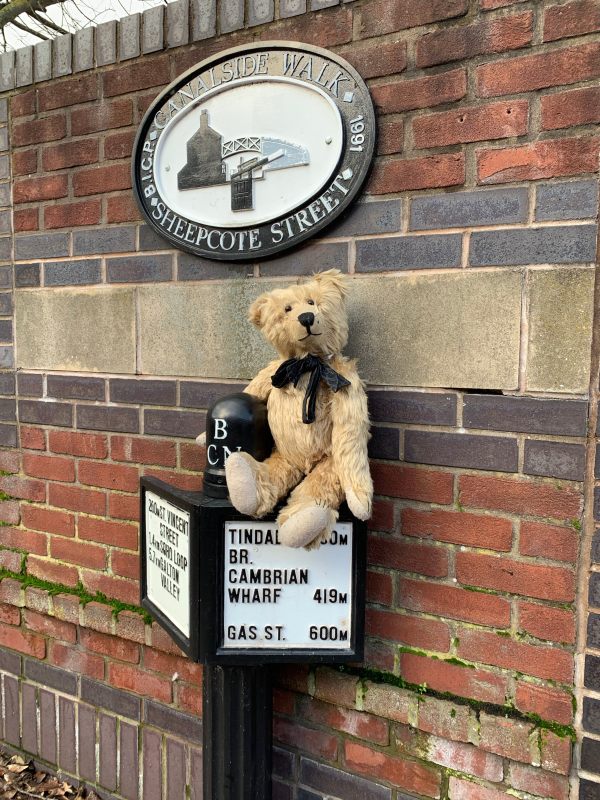 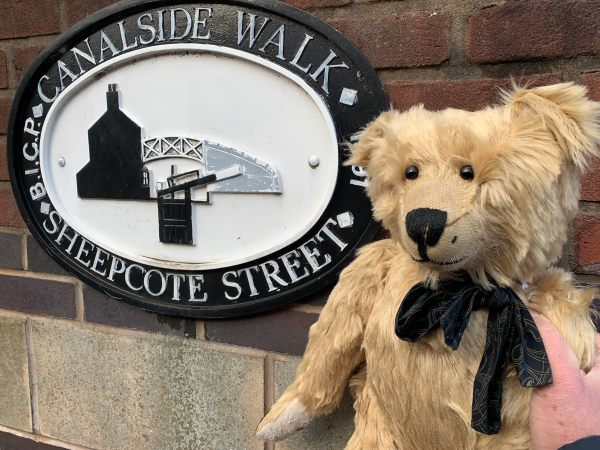 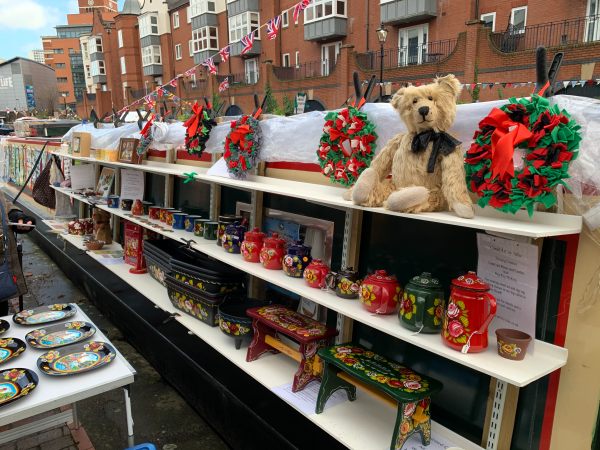 Sat amongst the “Canal Art by Julie” 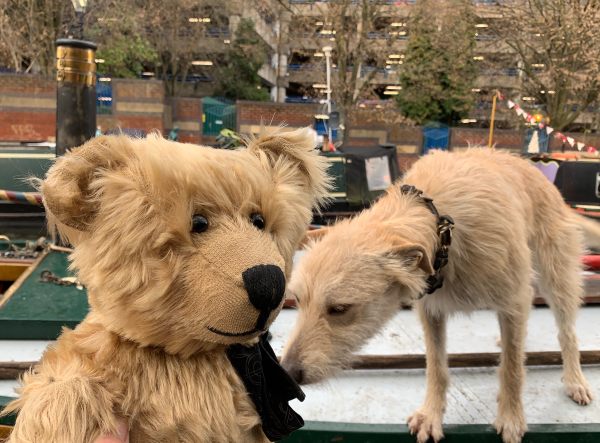 Oi! He was very friendly. 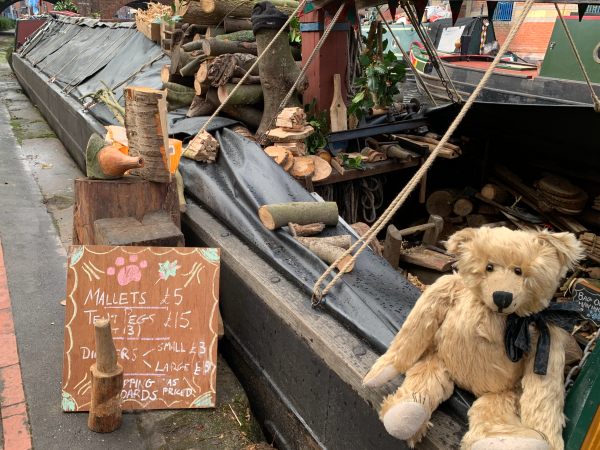 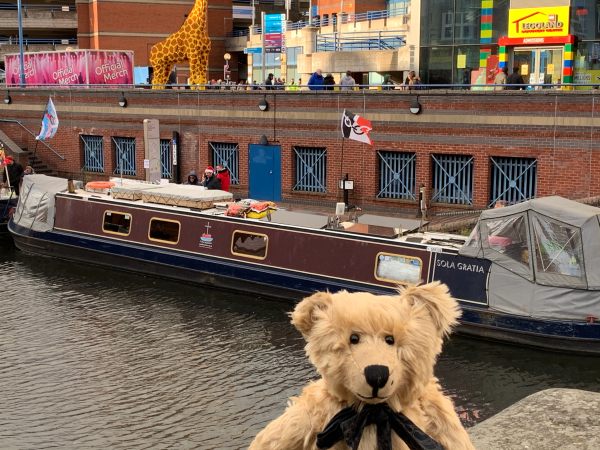 Sola Gratia. Home of Tim and Tracey. Tim with a Father Christmas hat. 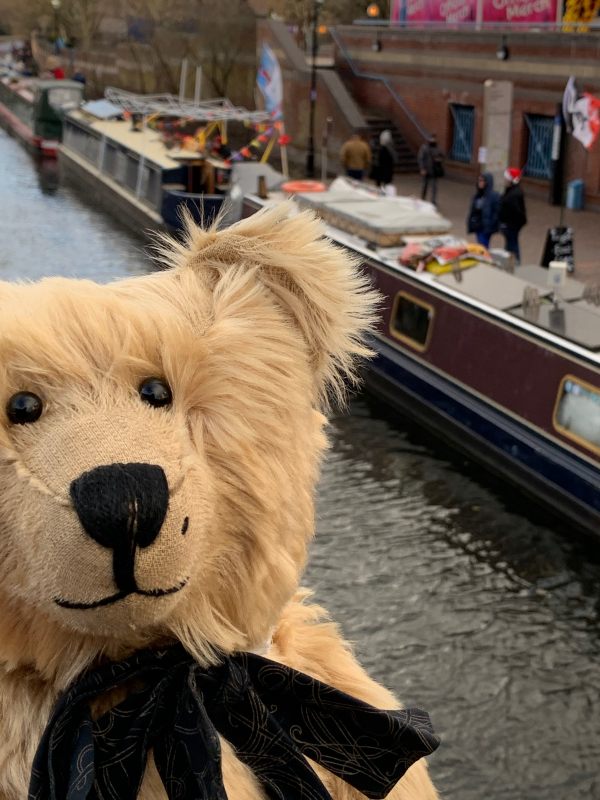 Another view of Sola Gratia, with some more of the Floating Market behind. Bobby’s apologises for not getting closer. 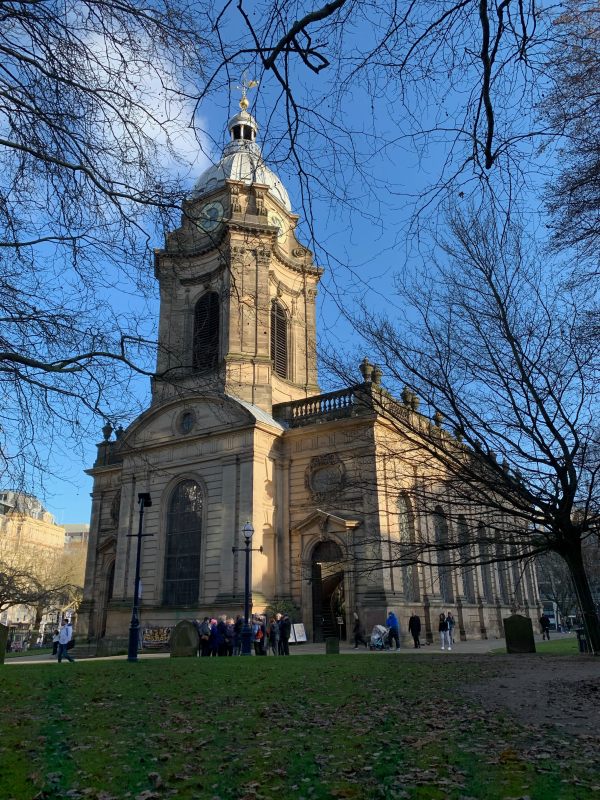 Passed the cathedral on a sunny morning from the bus stop. 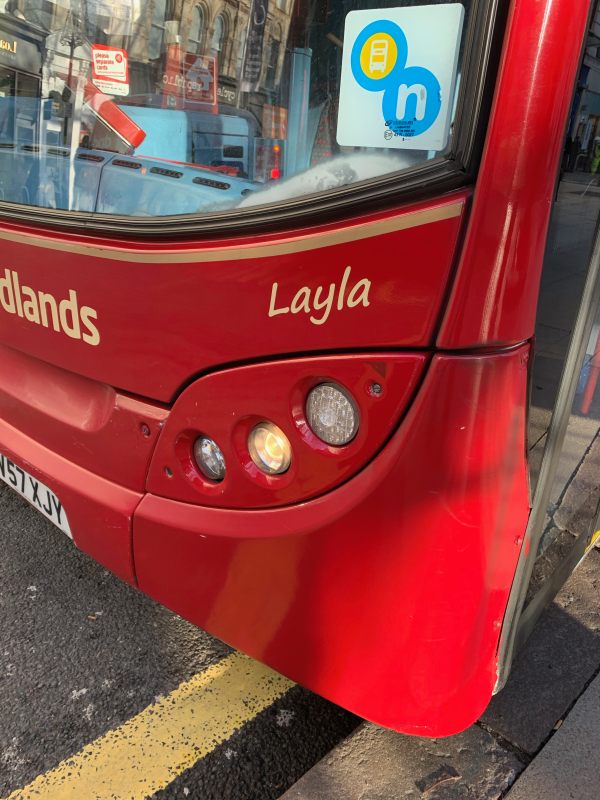 A bus called Layla (we must tell her!). The West Midlands bus company have a policy of naming buses after the daughters of staff members. 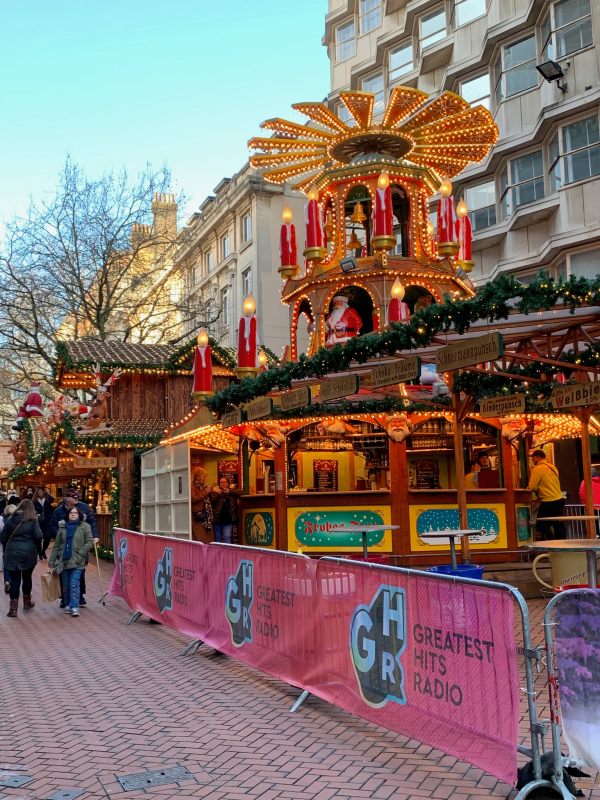 The German Market in New Street. 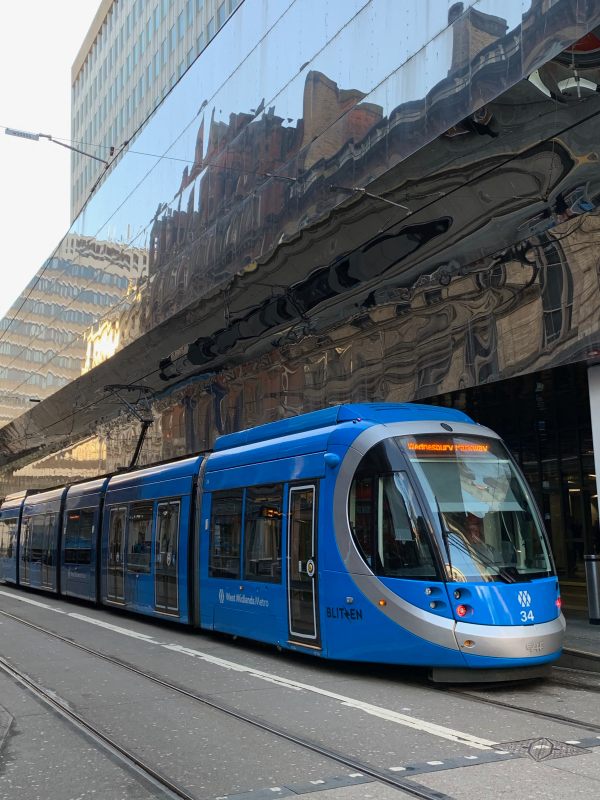 Smart tram outside New Street Station – this one named after Blitzen, one of Santa’s Reindeer!

Lighting a Candle to Diddley in Birmingham Cathedral 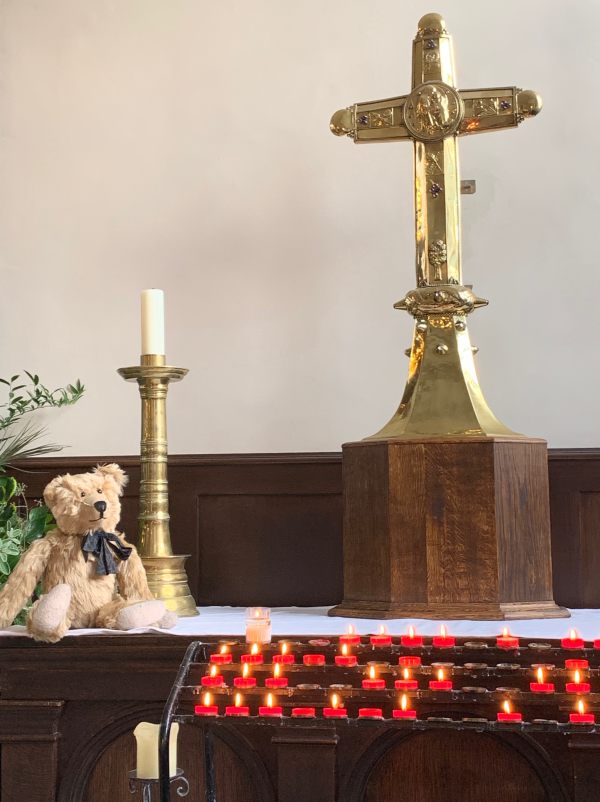