A Day in the Life of GAD (Generalised Anxiety Disorder). 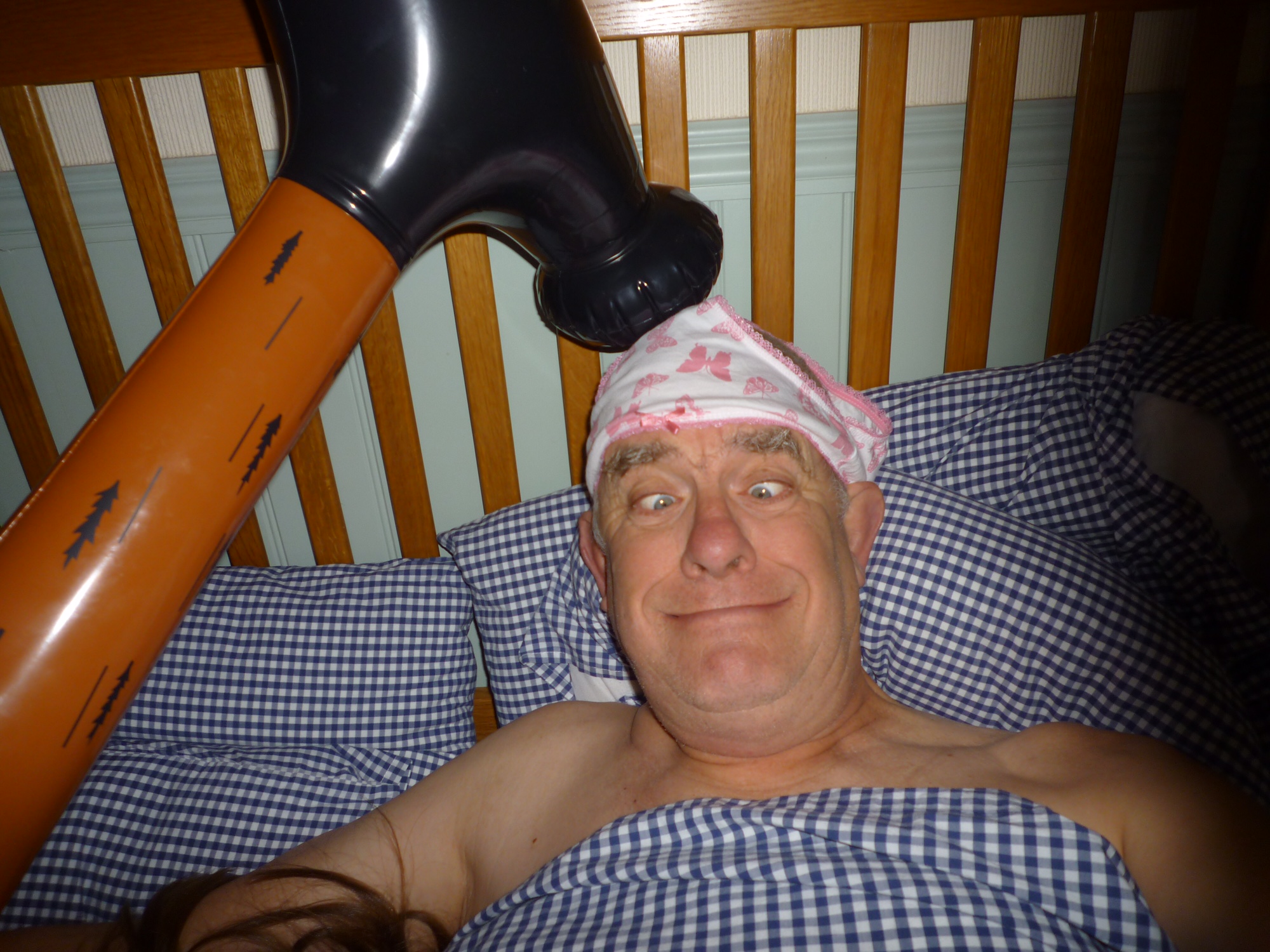 PS… Is “postscriptum”, written after. A letter, maybe, or on this case, a blog. This PS was written after the story that follows. The story of Bobby’s battle with mental health. Written a few days before Prince Harry revealed to the world’s media that he too had suffered mentally years after his mother, Princess Diana, was killed in that Paris car crash.  And written before he learned that the royal trio, Harry, William and Kate were a driving force behind today’s London Marathon being in support of the “Heads Together” campaign. A charity set up to break the stigma of mental illness. The official charity for this year’s event. Some may say that the attention being given to mental health is not before time. Better late than never. We would say that there will always be mental illness, and hope that a more conciliatory world will help future generations avoid the prolonged agony experienced by Bobby and his contemporaries.

So it’s appropriate that this “PS” comes before the story that follows.

He is not ashamed. He feels no stigma. He knows it will go away if he lets it. It took 73 years to learn this. What follows is his version of mindfulness. We hope you read it, but it doesn’t matter if you don’t. It’s written by him, for him, and anyone who suffers from mental illness. When he was young he was hyperactive. But had one strange problem. At school when, as a prefect, he was expected to read the lesson in assembly, he lost his voice. Every time. Ten years old. They didn’t believe him. 60 years later it was clear from later experience it was anxiety. GAD.

Many years later, the problem came to a head. Now 32. Weeks of overwork, trying to run a scout troop – and finally an emotional upset pushed him over the edge. Night after night he couldn’t sleep. He went to the doctor, who famously said… ” You want to pull yourself together, mate. There are people really ill out there”. Friends and family didn’t understand. Nor did he. The combination made it worse. “Why me?” was his favourite thought. Together with “I’m a failure”. Or, encouraged by those ashamed of him, “Must get to work. Can’t do the work. Must get there. Mustn’t let them find out at work I’m a nutter”.

He is not a weakling. He has nothing to be ashamed of. Through years of misunderstanding and ignorance, he had to battle the demons alone to get back to what he should be. A fun loving, loyal gentle giant. It takes courage to fight mental demons. Courage beyond anything you can imagine. Unless you too have been mentally ill. There have been further bouts through the years, culminating in serious illness in 2013, when the pressure of the life he was leading became intolerable. And finally he found a new way through mindfulness, Al Anon and experience.

You cannot be cured. But, most importantly, with the right help and understanding you can keep the demons away. Bobby keeps his in an imaginary box. Labelled “demons”. The lid is loose. It has to come off now and again. With experience, the lid rarely comes off now and hopefully can go back on again quickly. In fact, the best advice is to welcome the lid coming off. Welcome the demons and let them creep back into the box of their own volition.

Nowadays, he recognises that medication can help at times of extreme anxiety. For him, such techniques as mindfulness and speaking therapies are more powerful tools. More than anything he realises that society is finally allowing such problems to come out of the closet. The stigma and shame he felt years ago is a thing of the past. Nevertheless, mental illness is a very lonely place. The only consolation is the power of the mind. Many people fully recover simply by believing in themselves. If you do, you have been through an unforgettable experience. One that makes the world even more beautiful.

And so, on Easter Saturday, when he woke up he knew he had a day with the demons. The usual problem of overdoing it both mentally and physically had left him vulnerable. An hour on the computer to try to sort out what seemed insoluble was the perfect breeding ground for insecurity. So, here is an insight into his own personal version of GAD.

Bobby:… “Shall I go to see the Flying Scotsman at the Bluebell Line?
Should I go by train or car?
Will my backache get worse?
Will I be able to get out of the car at Horsted Keynes?
Will I have a funny turn and fall in front of the Flying Scotsman.?
Will I still be able to get to Venice in May?
Why did I book it?
Can I afford it?
Will I be able to write a blog again?
Will those who help me get fed up with me?
Have I got a terminal illness?
No ….. this is GAD. Out of the box. Breathe slowly. Remember what
Bertie says…
Yesterday is history, tomorrow a mystery, so live for today.
Don’t give up. Driving to Horsted Keynes is the easy option. But calm down!”

“Why have I gone this way?
Where am I?
There’s a sign to Ardingly. Hoorah.
Phone rings. Should have turned it off. Must answer it. MUST answer it. MUST ANSWER IT! Stop in a layby. A friend’s husband is dead. Her dog, my sister’s, dead too. The next day from a broken hip. Too old to mend. Put down.
Why now? Am I being selfish? Pull yourself together. Wanker!
Suddenly there’s a bloody great big coach trying to get in the layby.
Bibbing me to get out of the way. I did. Can’t argue with size.
Suddenly I saw the bluebells, the wood anemones, the primroses.
Suddenly I was nearly in the ditch as a car overtook a cyclist blind on the crest of a hill. BASTARD. Crashing through pot holes in the gutter I was back on the road.
Will the front wheel fall off? Have I damaged the tracking? Why me?”

“I’m here. Still alive. The sun is shining. A cup of tea and a sausage roll.
Not getting on any trains, but just watching.
‘Have you ever seen the amount of coal a fireman has to shift for the Duchess of Hamilton?’ ‘Err no’, I answered one of the trainspotters. ‘I did mention the Duchess of Hamilton at my brother’s funeral. In my tribute. How’s things bruvver.? Well… I have been polishing the Duchess of Hamilton. She’s leaking rather badly you know’.
Hours went by. My phone ran out. No battery. No camera. No more pictures. I just sat there and watched the steam world and its devotees go by. Waved to all the children, and adults, happily trundling up and down the Bluebell line behind the most famous steam engine in the world. The Flying Scotsman. We love to tell the world that ours is the most famous, the best, in the whole wide world. Reminds me of ‘Ruskins View‘ and my dear friend Kat from Slovakia who read the notice board….

describing the view as: ‘one of the loveliest in England and, therefore, the world‘.

Rule Britannia.
The Flying Scotsman incongruously puffing along at twenty miles an hour. Like a thoroughbred at Epsom pulling a cart.
Four hours went by. Another old engine was pulling a guard’s van up and down the sidings at Horsted Keynes to give people a ride. I got on. We puffed out of the station to wait for the Flying Scotsman. The volunteer guard, resplendent in period uniform and stopwatch, announced that this is the best place for pictures. My lack of equipment was no longer important. I had finally chilled out.”

The most famous steam engine in the World.

Cruising. No maniacs. Laurel Cottage. Home sweet home.
And now it’s Easter Sunday. A day of joy, whatever your persuasions.
Beautiful Easter music on the radio.
The lid is back on the box.
_ _ _ _ _
We will go back to the Bluebell Line. There are lots of special events there, and time-warp stations. And we can tell you about an era when you could travel First or Third Class but there was no Second class…

Those were the days…

Diddley grew to love steam trains. She had no option. Over the years she went on many steam excursions. Behind these regally named engines. The Duke of Gloucester, Lord Nelson, Sir Nigel Gresley (seen below). Or, as she put it… proudly… I have been pulled by a Duke, a Lord and a Knight of the realm. Miss you Diddley.

This week’s candles for Diddley.