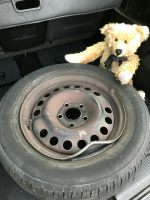 Diddley hated violence of any kind. She would never watch a nasty film or TV programme even potentially violent. Emmerdale was her limit! So how come she watched every episode of “Sharpe”? A series of true violence, based on the Napoleonic wars. Each week awash with death and destruction mostly at our French friends’ expense. Simple. Sean Bean! He was a true man. His accent and his deeds in Sharpe swept her off her emotional feet. He was not an officer or a gentleman either and that appealed to her rebellious nature. Add to that the mesmeric theme tune – “Over the Hills and Far Away” above and her lust for Sharpe was insatiable to such an extent she bought the crated boxed set.

Now this is what I call a box set!

The legacy for Bobby is a phrase that has become part of his vocabulary.

“Over the Hills and Far Away.”

An accident precipitated this story. I wasn’t there, but it sounds very upsetting for Bobby. To save you the details that have been on Facebook, a young learner motor cyclist ran into Bobby’s stationary car. At first, it looked very serious for the young lad. Potentially fatal. Four hours later, following police, ambulance and fire brigade intervention, he was discharged from hospital. Leaving a trail of traumatised people and written off his brand new motorcycle and Bobby’s beloved old car. He rang Bobby and apologised profusely. “I am so sorry Mr Bobby. It was all my fault.” As Bobby told him we were all young once, but you are very lucky. There could have been a policeman on your parent’s doorstep giving them the bad news.

Fast forward to the next day.

Late summer. Early autumn. A heavenly sunny day and one of Bobby’s favourite walks from Laurel Cottage to Dorking. Two hours or so over the glorious Surrey Hills.

He left me in charge at Laurel Cottage.

Laurel Cottage. The “Jungle House” to the local children. A lot of leaves waiting to come down.

The pine forest high on Redlands.

Breathe in and smell the pine.

Towards the North Downs from Logmore Lane.

A peaceful ride away from the madding world.

Towards Old Bury Hill and the Nower Ridge.

Old Bury Hill fishing lake is where Bobby’s late sister Wendy lived and ran the lake for over twenty years. The history of Bury Hill, its stately home, the Barclay family and its place in Surrey history is worthy of many books. In younger days, Bobby’s family spent a lot of time here with many memories. We shall revisit this one day.

Hops growing wild in a hedge.

This is a new construction at the back of the fishing lake. We will find out what it is for and let you know.

A horse crossing from Bury Hill Lodge to stables on the other side of the gully.

Galleting. A stonework technique found in England almost exclusively in the South East between the North and South Downs where sandstone is common. And in Norfolk where the same effect is achieved with flint. This the wall of Bury Hill Lodge.

Climbing uphill to the Nower ridge.

This, I believe, is Hair Cap Moss.

The restored summerhouse on top of the Nower ridge. Once part of the Bury Hill estate, given to the people of Dorking by the Barclay family a long time ago.

A remnant of the Bury Hill Estate.

West from the summerhouse.

South from the summerhouse towards Leith Hill.

Over the Hills and Far Away: North from the summerhouse towards Boxhill in the background.

This view was a family favourite in Andrew’s young days when, as a Rupert Bear devotee, we always thought this could be Nutwood. Look carefully in the middle of the photo and you will spot the spire of St Martin’s church in the centre of Dorking. It has one of the highest church spires in England and can be seen miles away.

On the Nower ridge looking back to the summerhouse.

A Buzzard (believe me!) above the summerhouse.

Heading into Dorking. The North Downs of Ranmore Common in the background. Known also as Denbies Hillside, where Bobby volunteers for the National Trust.

The Greensand Way not only runs along the Nower Ridge, but also runs passed Bobby’s old house in Dorking.

“The Struggle”. A steep footpath up which generations of schoolchildren, including Andrew, have struggled on their way to school.

Lots of smaller shops in Dorking.

Cummings. Hardware store par excellence. The shop front you see is exactly as it was years ago. But replaced exactly as it had been. Recommended.

As is Waitrose. Michael McIntyre told you so…

This is a very personal account of a lovely walk to go shopping in Waitrose. Bobby tells me that if you ever feel like going with him, you would be most welcome. 93 bus back to South Holmwood. If you like maps, the local OS 1:25000 map follows – with the walk highlighted. Eagle eyed will notice “The Temple”, just above the lake. Surrey Wildlife Trust call it “The Pavilion”. Locals have always known it as “The Summerhouse”. Sheltered from the rain in it; watched the changing seasons; caroused in it.; watched the stars and the satellites on a clear night. Years ago, it was in very poor condition but, thankfully, the local authority completely restored it and, apart from a few initials, it stays in good condition. And is probably taken for granted. Not many knowing now that it was once part of a private estate that was given in part to the people of Dorking by the Barclays.

The walk… Laurel Cottage, South Holmwood to Waitrose in Dorking.

The dust has settled a little. The lovely Lisa of L J Motors collected our loyal old car. Never to be seen again. A newer Zafira currently awaits Bobby in Salisbury.

The lovely Lisa. Loves her job. Meets lovely people. Like us!

In our parish church of St Mary Magdalene at the end of the walk.

Countryside • PS     over the hills and far away