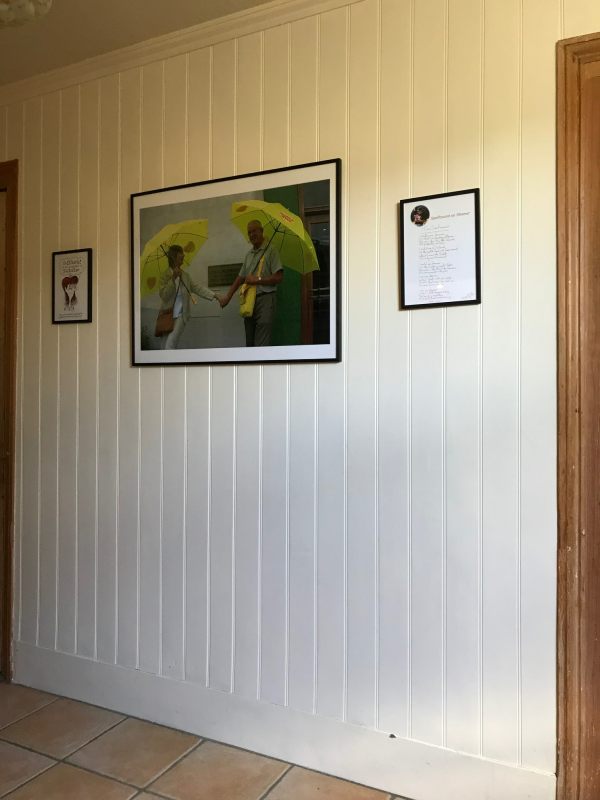 This, in Laurel Cottage, is a love affair in three pictures. Most people’s favourite picture is of Diddley and Bobby at the Shredded Wheat factory. So, we are pleased to present to you the three pictures on The Wall. 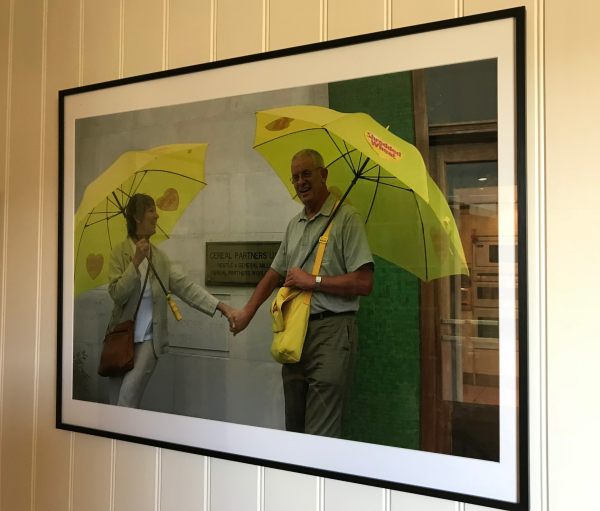 Outside the Shredded Wheat Factory. 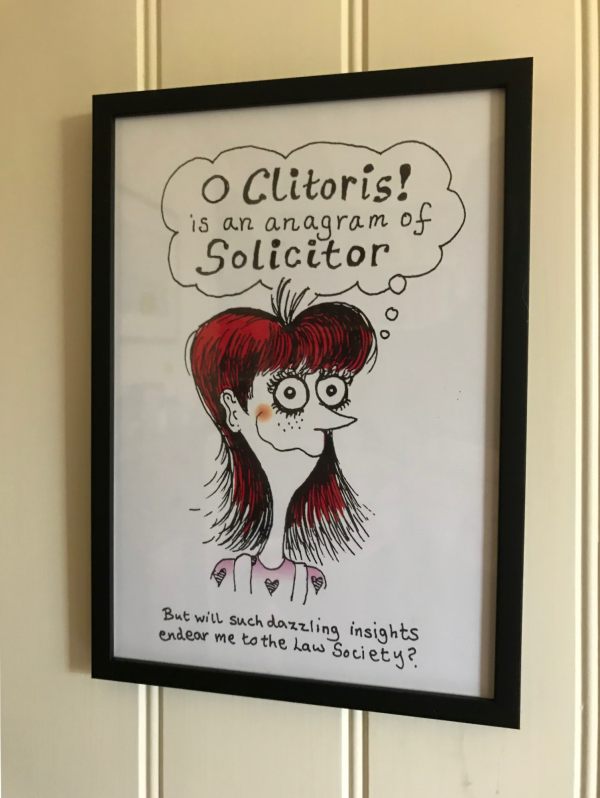 A totally irreverent card acquired by Diddley in a posh gift shop in Shere.

Printed larger to be used in extremis. If anyone should dare to put her down. Tell lies about her. Insult her character. They might well find this card in their letter box. And, of course, one person did. Later, Bobby used the same card for Stephanie. A solicitor who had similarly upset him. Basically it is indicative of a friendship that their office colleagues saw as two rebels. Dennis the Menace meets Beryl the Peril. 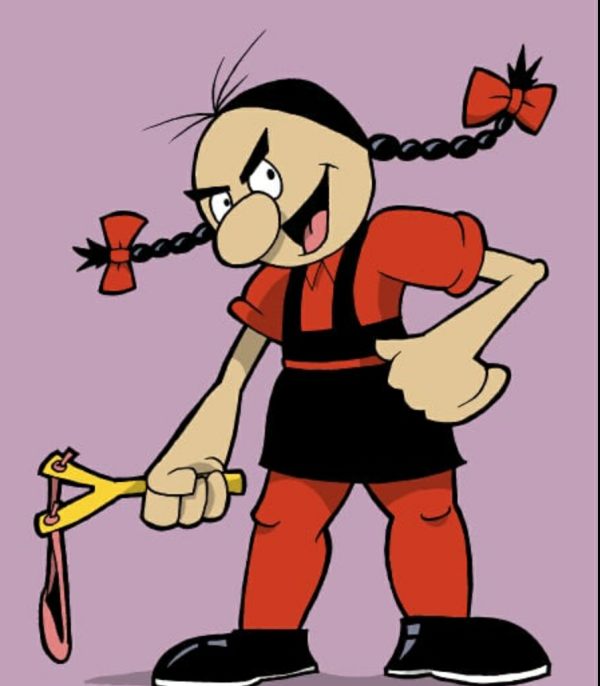 Beryl the Peril. (Not on the wall!) 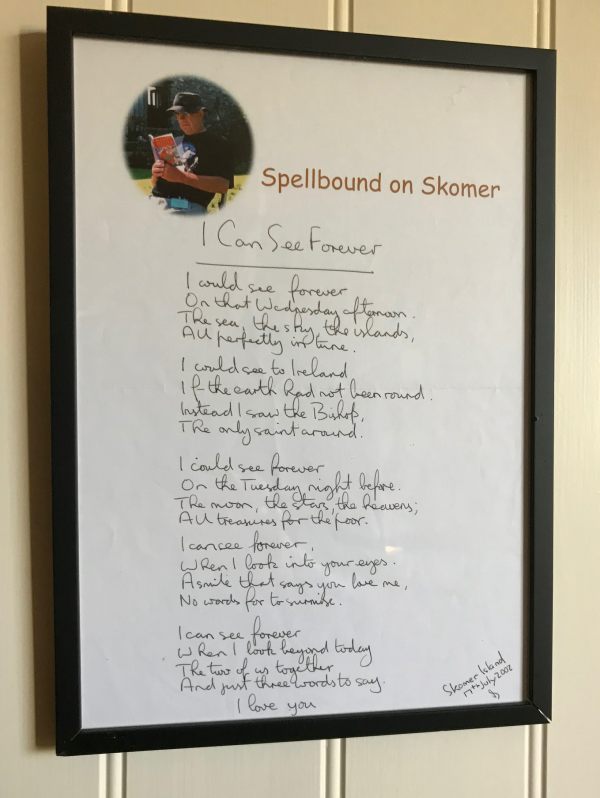 And finally, a love poem from Skomer Island sixteen years ago.

The Bishop being a large rock with a lighthouse on it. This was a letter sent from Skomer in a manilla civil service envelope. He wrote lots of letters each year from Skomer and later discovered that Diddley had kept them all in their envelopes. One day, some will appear here (suitably edited!) They represent the sentiments of the time and the love of the world. And an island in particular. 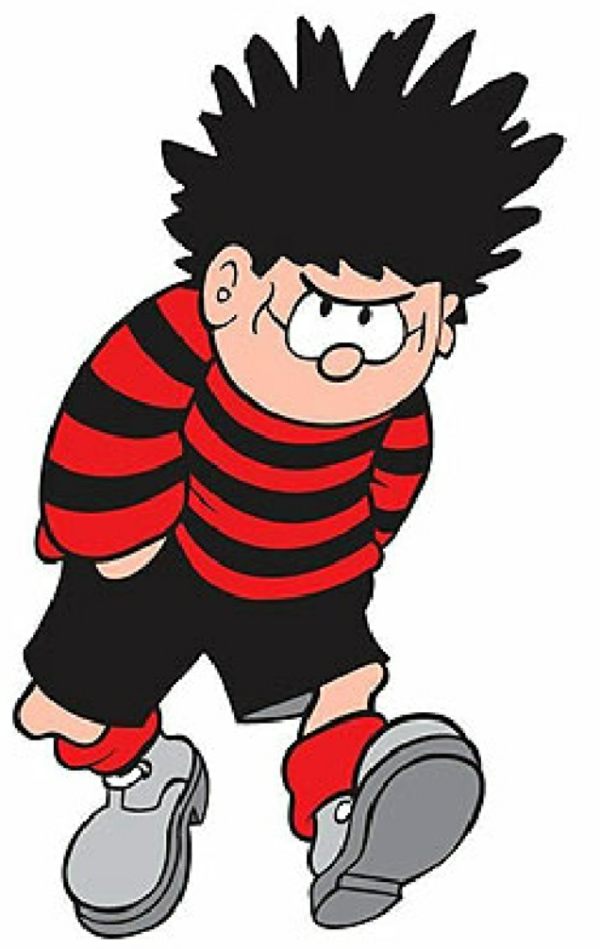 Dennis the Menace. (Also not on The Wall!)

You know how we like a bit of music on these blogs. Well, it’s inevitable that the title of this blog will lead those of a certain age unerringly to Pink Floyd. (Note from the Technical Director: That’s what the I was expecting when I first saw the the blog was entitled The Wall!) Not a lady’s group really, but the sentiments that follow suit the Beryl the Peril image. At the time it was pretty controversial.

A slightly less controversial video is the official one shown on Top of the Pops et al. And just think. Both videos are full of children. Messing around. Must have been great fun. 39 years ago. I wonder where they all are now?

We had to find the iconic album, of course, kept with all the vinyl records and our seventies music system in Bobby’s playroom at the top of the the garden. This a future blog. 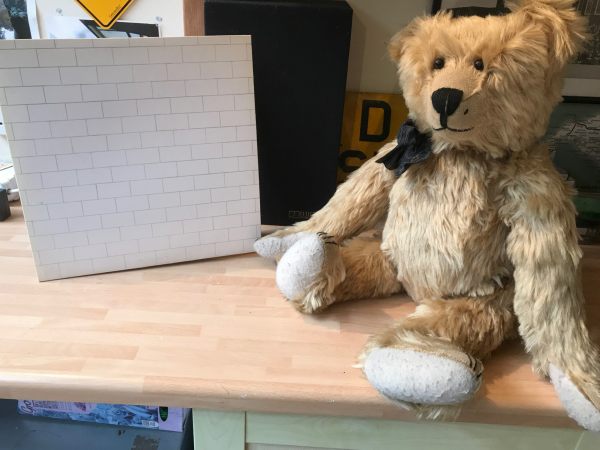 “Mission” speaker in the background. Chaps of a certain age will understand. 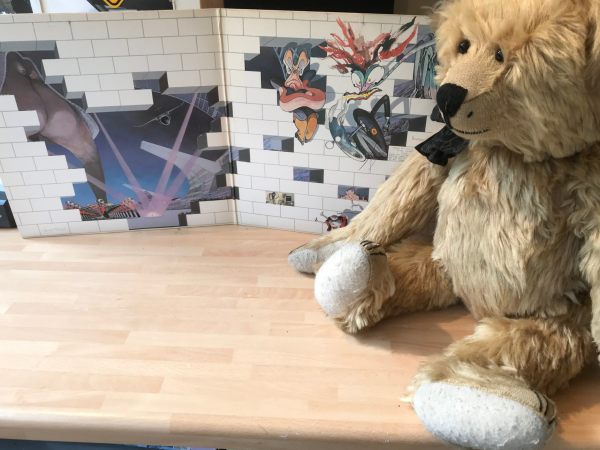 Inside Cover of The Wall.

The Biggest Aspidistra in the World has spent the summer in the garden. A shady nook has suited its demeanour and here it is back indoors bigger than ever. And, as you can see, Betty Boop approves of lighting a candle to remember the funniest person many of us ever met. 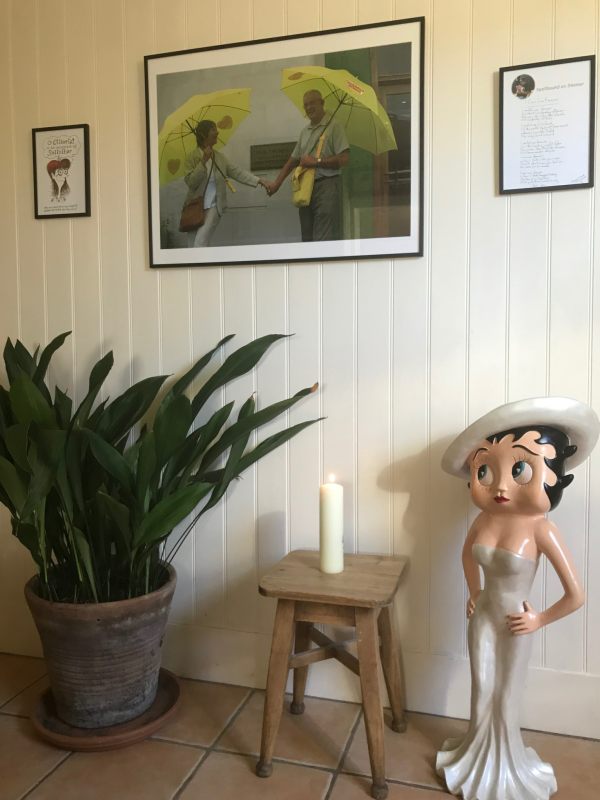 Lighting a Candle by The Wall.